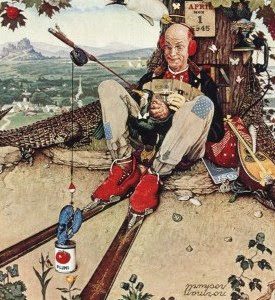 
April the first stands mark'd by custom's rules,
A day for being, and for making fools: —
But, pray, what custom, or what rule supplies
A day for making, or for being — wise?

An observance which takes place in western countries on 1st April, traditionally known as April Fools' Day or All Fools' Day. 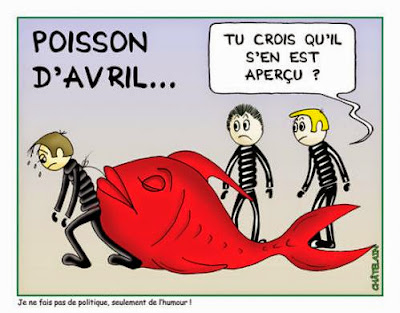 In France we call it Poisson d'Avril — "April Fish") during which merriment is supposed to reign and pranks, practical jokes, and hoaxes are socially sanctioned. 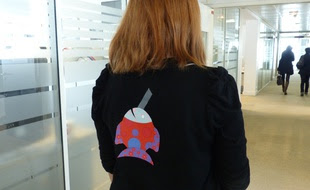 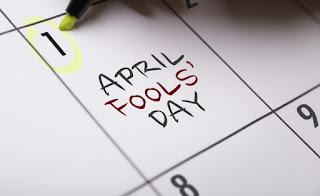 Theory of origin:
The origins of April Fools' Day are obscure. The most commonly cited theory holds that it dates from about 1582, the year France adopted the Gregorian Calendar, which shifted the observance of New Year's Day from the end of March - around the time of the vernal equinox - to the first of January.
However, the earliest known historical reference to April Fools' Day occurs in a Dutch poem published in 1561, which predates the adoption of the Gregorian calendar by some 21 years.
The ancient Romans, for example, celebrated a festival on March 25 called Hilaria, marking the occasion with masquerades and "general good cheer." 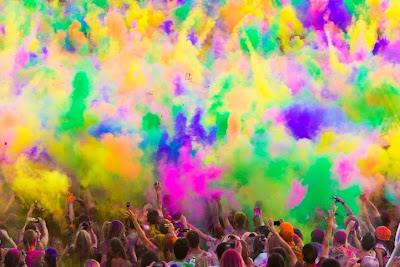 Holi Hindu Festival of Colors
credits: unknown
Holi, the Hindu "festival of colors" observed in early March with "general merrymaking" and the "loosening of social norms," is at least as old.
The Jewish festival of Purim has a long history, as well. Coinciding with the advent of spring, it's celebrated annually with costume-wearing, carnivals, and pranks.


Education:
"Being funny can also be a useful way to point out what is wrong with the world."
Time | Science
What a good activity to propose to your students! The study of the origin of this traditions in different countries and civilizations.
It's a good resource to start a rich and enjoyable debate between students and teachers about the humorist side of people in our  days.
Curricula : History ; Languages ; Philosophy ; Sociology ; Arts.
Levels : All levels
Every teacher must adapt the activities to the level they are teaching.
Each 1st April Google, Microsoft, media and dozens of other tech companies deliver a flood of gags to the web.

This year, there’s plenty to make you laugh, from Nintendo-infused mobile maps to a couple of ways to capitalize on the selfie craze.
I really like the April Fools' Day joke from the European Organization for Nuclear Research, (CERN) :


So, as you see, there are a good number of digital resources that you could explore in your class.
Hope you enjoy to explore traditions with humor and some good laughs in your classroom.
"Comedy challenges assumptions and humor broadens perspectives, thus enhancing creativity".
Time | Science 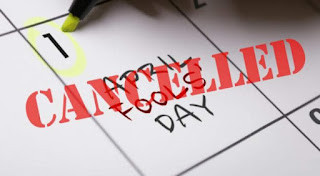 Note: Cancelled in 2020: Given the current predicament with everyone socially distancing themselves to avoid the spread of Covid-19 and people already unable to discern what is real and fake on the news around the subject, it just feels that now is not the time to be making silly pranks (at least online).
G-Souto
01 April 2014
updated: 01.04.2020
Copyright © 2020G-Souto'sBlog, gsouto-digitalteacher.blogspot.com®