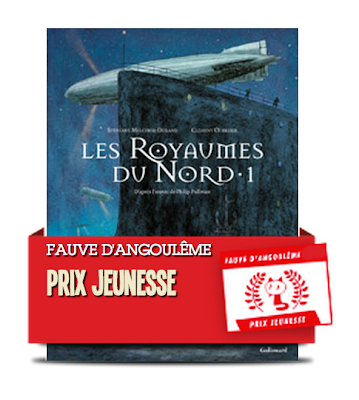 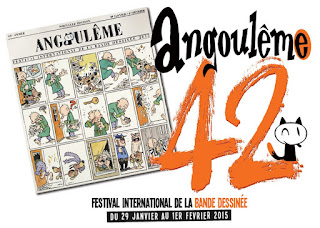 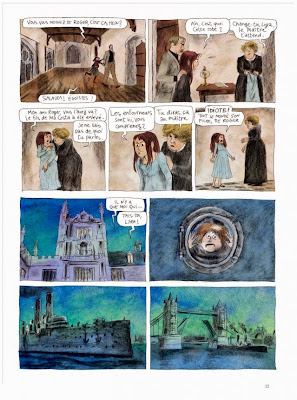 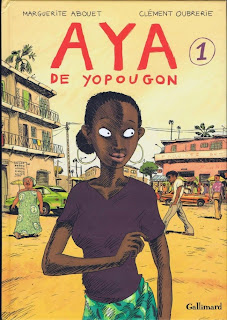 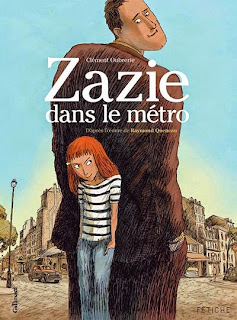 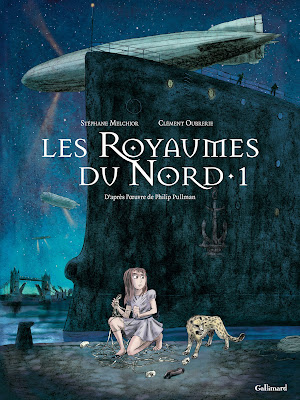 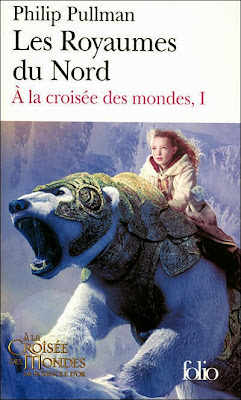 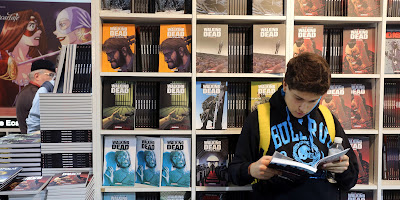 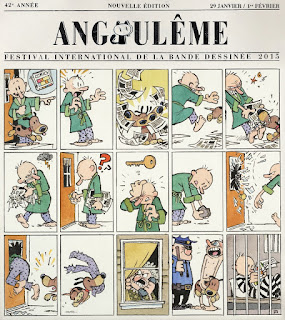 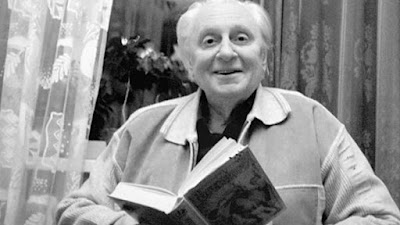 credits: unknown
https://www.findagrave.com/memorial/137154947/vsevolod-zinovijovych-nestayko
Vsevolod Nestayko (30.01.1930) is the classic Ukrainian children’s literature writer. Born on January, 30, 1930 in Berdychiv city (Zhytomyr region). He died in 2014, 16 August in Kiev, Ukraine.
He started printing his first children’s stories in “Barvinok” and “Pioneriya” magazines. His first book "Shurka & Shurko" saw the light in 1956. His 50-year long way in the children’s literature has been witnessed by publishing circa 30 stories, fairy tales, novels and plays. 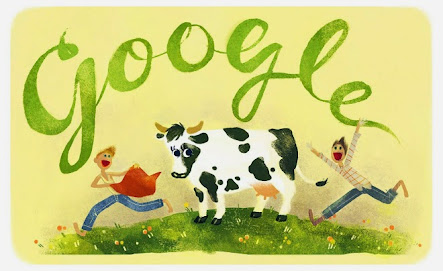 Today, my post will be about a new Doodle. Google is celebrating the classic Ukrainian children’s literature, Vsevolod Nestayko with a doodle.

Google presents today on its Ukrainian homepage a doodle inspired in Ukraine draws from the children’s book Toreadors from Vasyukivka to honour the Ukrainian writer Vsevolod Nestayko’s 85th birthday.

Nestayko is widely considered to be Ukraine’s best-known author of children’s literature. ﻿ 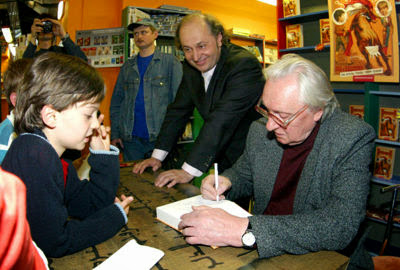 Some notes:
In the evil 30s he lost his father and moved to Kyiv with his mother. In 1947, Nestayko entered Slavistics on the department of Philology of the University of Kyiv. He has survived the hungry after-war years.
He then worked in the magazine "Dnipro", "Periwinkle" and "Youth". And from 1956 to 1987 Nestayko was the editor in charge of children's literature magazine "Rainbow". 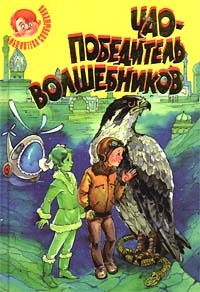 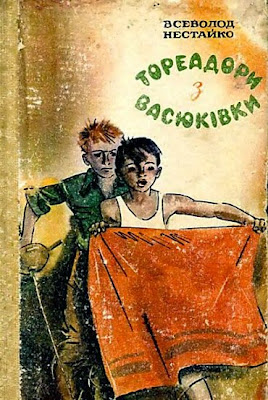 Toreadors from Vasyukovki
Vsevolod Nestayko
https://news.pn/
His books are published in many languages of the world, including 53 times in independent Ukraine.
According to the opinion polls which have been carried out in 1990-1992 by the State library for children and the Ministry of Culture, Nestayko was the leader of reader's interest. Its works are included in the school program.
In 2004, Toreadors from Vasyukovki was recognized as the book of year in the nomination "Literature for teenagers". 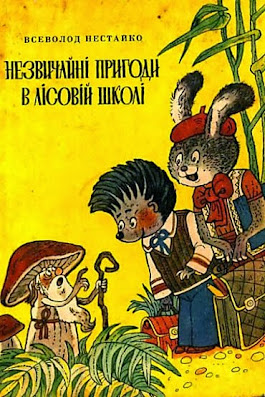 Surprising adventures at country boarding school
Vsevolod Nestayko
https://news.pn/
In 2009 fairy tale "Surprising adventures at country boarding school" entered the list of the books most popular in Ukraine according to booksellers.
His books are translated into twenty languages, including English, French, German, Spanish, Russian, Arabic, Bengali, Hungarian, Romanian, Bulgarian, and Slovak.
Films:
Screen adaptations of Nestayko’s novels have been awarded internationally. The adaptation of «Toreadors from Vasyukivka» won Grand-prix at the International Festival in Munich (1968) and the main prize in Alexandria, Australia (1969). «The Fraud ”F”» adaptation was awarded at the All-Soviet-Union Film Festival in Kyiv (1984) and at the Gabrovo Film Festival, Bulgaria (1985), it won a special award. 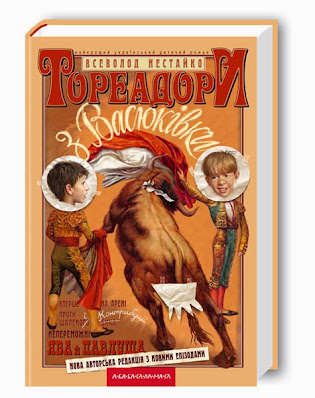 Toreadors from Vasyukovki, film
Vsevolod Nestayko
http://ababahalamaha.com.ua/
"This book by the patriarch of the Ukrainian children’s literature has been translated into twenty languages and included into the Special Hans Christian Andersen Honor List as one of the most outstanding children’s books of the world literature. This is the first new author’s edition of the book with new extraordinary joyful episodes."
It was the Best Children’s Book of the Year (2004 Book of the Year National Contest)
Vsevolod Nestayko was awarded several times in different Awards. 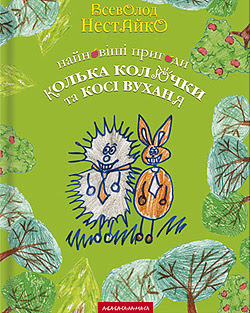 "The Newest Adventures of Kolko Koliuchka the Hedgehog and Kosia Vukhan the Bunny" is illustrated by children, published in 2009.

Some of the parents or relatives may already be acquainted with this fairy tale heroes, as adventures of Sunny Bunny the hare and Miky Spiky the hedgehog began back in 1981, when "The Unusual Adventures in a Forest School" were published in 1981. Next year the book was awarded Lesya Ukrayinka literary prize.

Those who have not read may know the adventures take place in a specialised forest music school with the bear language of instruction arranged in the Fairy Forest by Mr Bear Well-Toned Ear. 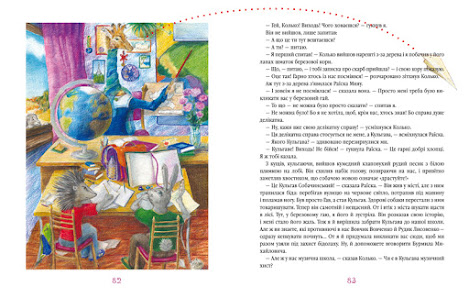 Vsevolod Nestayko
http://ababahalamaha.com.ua/
For the first time ever a book by the famed writer has been illustrated by children. These junior artists are your coevals from art schools and ordinary schools.

A lot of talented children’s paintings were given to us by the writer himself – children were sending the painting to the author for the radio program where these stories sounded for the first time.

Your students can watch some pages here
Nestayko's books are included in school curricula in Ukraine.

https://www.ibby.org/
Prizes:
Vasevolod Nestayko is a laureate of the Lesia Ukrayinka Literary Award for the storytale “Unusual Adventures in the Forest School”, as well as of the Mykola Trublaini Award for the storytale “A Stranger Girl From the Land of Sundogs”, the Oleksandr Kopylenko Award for the tale “The Adventures of Kolko Koliuchka the Hedgehog and his True Friend and a Classmate Kosia Vukhan the Bunny”.
He was awarded the second prize at the First All-Soviet-Union Best Children’s Book Contest for his novel in stories called ”A” With a Small Tail”.
In 1979 the International Children’s and Youth’s Literature Council agreed to include the trilogy “Toreadors from Vasyukivka” into the Special Hans Christian Andersen Honor List as one of the most outstanding works of modern children’s literature. 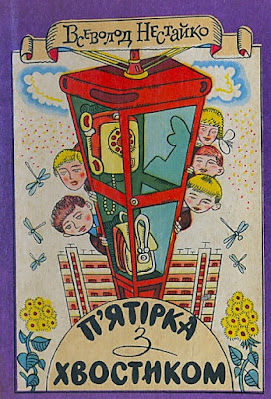 Education:
I could find some translated books in English, not in other languages. However I must share with my usual readers this important classic children's literature writer, not so well-known as his books deserve.
Reading propels the mind of children and adults. There is so much in our world to learn about. And although there will be many places we will not actually be able to travel to, we can read about them. When we read about such places, we get a sense of what it's like to be there. We can imagine, even more clearly.
Reading is one of the fundamental skills in education. And children's literature one of the best resources to help students to learn reading and writing.

Resources: Native teachers can read in Ukrainian Vsevolod Nestayko's biography and his books.