Games in school : Treme-Treme, a game to learn about seismic risks 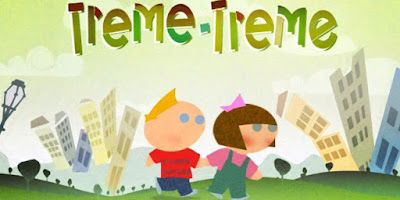 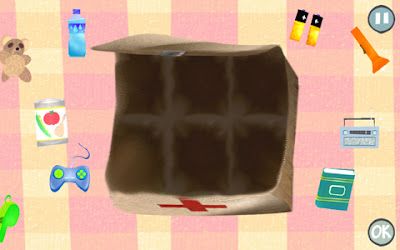 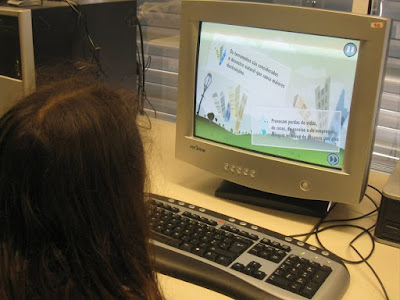 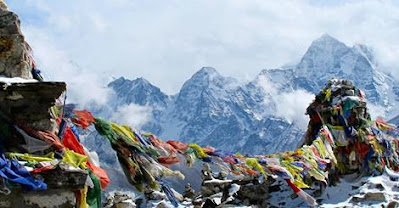 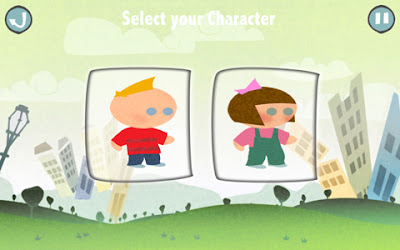 screenshot : Treme-treme, earthquake game
http://www.treme-treme.pt/en/The-Game/
Kids/students learn about the items needed to build an emergency kit and recognize safe and dangerous places at home, school and other places.
The Treme-Treme game allows children to learn important concepts in a funny and way, and appropriate way for their age to be alert about tsunami and earthquakes.

A playful awareness for children about the theme of seismic risk;

Transmits knowledge and encourage kids and young people to become aware, and to be prepared for natural disasters as earthquakes.

The game will teach kids how to act before, during and after an earthquake.

They will learn to built an emergency kit and learn to recognize the safe and dangerous spots at home, school, park, other.

A playful awareness for children about the theme of seismic risk;

Transmits knowledge and encourage kids and young people to become aware, and to be prepared for natural disasters as earthquakes;
The game will teach kids how to act before, during and after an earthquake;
They will learn to built an emergency kit and learn to recognize the safe and dangerous spots at home, school, park, other. 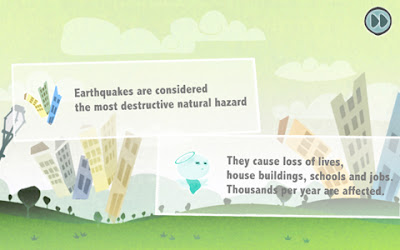 
This educational game promotes a playful awareness for children about the theme of seismic risk, transmits knowledge and encourages the kids and young adolescents to become aware and to be prepared for natural disasters as earthquake. 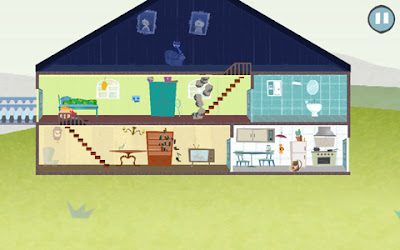 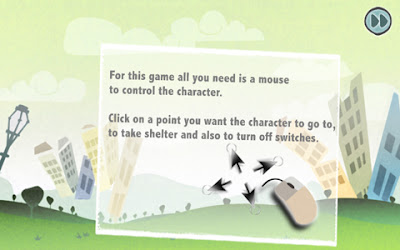 Kids can play it online for free during a lesson of any school curriculum.

Some days after my post Nepal : Talking Science & Solidarity at school where I mused some educational digital resources for educators to teach about natural disasters and some civics values.

Today I would like to share Treme-Treme, a game to include into school curriculum to teach kids and young studens security skills in case of seismic risks.

As you see, there are good pedagogical and captivating digital resources that can support important issues and skills to kids in school. Teachers must be open to new educational resources as games in school. Students love games. And they will learn much better.

I write often about games in school on this blog. Please find different publications on my blog. You will find a good number of games.
Teachers use more and more games in school. There are awesome games and other digital resources that should be include into school curricula. Students love games and learn better by playing how to do.

Note: The game has been tested by students at a Primary school in Portugal.

Games in school : Treme-Treme, a game to learn about seismic risks by G-Souto is licensed under a Creative Commons Attribution-NonCommercial-NoDerivatives 4.0 International License.

250,000 children are reported missing every year in the European Union, 1 child every 2 minutes.


While the disappearance and sexual exploitation or abuse of children are increasingly considered as alarming problems, even today no clear data is available on the extent of the problem.

Not only do the definitions used by organisations for the different categories of ‘missing’ and ‘sexually exploited’ differ, but the way in which data is collected does not allow for these figures to be compared.

This is why unfortunately, it is still difficult to collect reliable data and statistics on the number of children that go missing or become victims of sexual exploitation in Europe.

On the morning of May 25, 1979, 6-year-old Etan Patz was allowed to walk to school by himself for the very first time.
He left the apartment at 8 a.m. wearing a blue corduroy jacket, blue pants and carrying a bag imprinted with elephants.
Etan never came home.
May 25th, the anniversary of Etan Patz's disappearance. Since there, May 25th is the International Missing Children's Day.

When a child goes missing the National Center for Missing & Exploited Children® is ready to assist families and law enforcement agencies 24 hours a day. Each case brings its own set of unique challenges, and NCMEC is prepared to help meet those challenges.

Resources for parents and educators: a movie

The world changed. People and specially children are no more safe. Last saturday I went to watch a movie The Captive, Canada, 2014 that impressed me.  It was selected to compete for the Palme d'Or in the main competition section at the 2014 Cannes Film Festival. 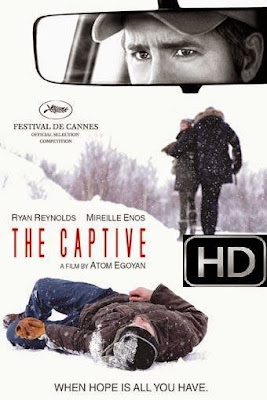 Eight years after the disappearance of Cassandra, some disturbing incidents seem to indicate that she's still alive.

Police, parents and Cassandra herself, will try to unravel the mystery of her disappearance.

Years later, when detectives Nicole and Jeffrey discover recent images of Cassandra online, Matthew risks everything to ensure his daughter's safe return-and to save himself and Tina from the limbo of unrelenting despair.

While a police task force is investigating her potential kidnapping, her father Matthew, frustrated at the lack of progress and the suspicions he played a role in the disappearance, begins to take matters into his own hands. 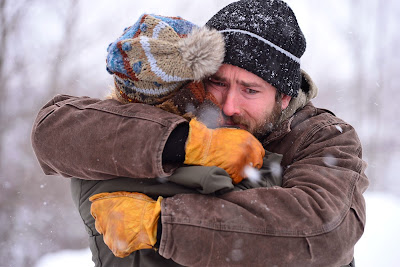 I could easly conclude how important it is to share it with all educators, parents, teachers and young children.

One teen being exploited is one teen too many and if The Captive can help prevent even a single teen or a child from being emotionally or even physically harmed, then sharing the film will have been well done.

I think it is essential for parents and educators to watch the movie. Of course, it's also an important resource for teachers and their students.

By displaying the DVD in the classroom, teachers must introduce all kind of dangers are children and young teens face up to.

If you are lucky and the movie is on a theater near you, go with your students.
The Captive is about kidnapping and online sexual predators, a chilling cautionary tale about all kind of predators.

Some important messages for kids, parents and teachers:

Parents, wake up! If you let for seconds your son alone, or teenager spends hours glued to their phone or buried in their rooms online on a laptop or PC, chatting or doing nothing, then you have to watch The Captive.

Because instead of just thinking some minutes to go shop something and you let you child alone in the car, or smiling to yourself that you know to care about your chidren, or know where your kids are and what they are doing, this film will show you just how at risk they really are. 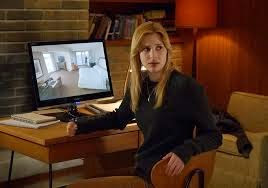 Kids and young adolescents do need to be reminded that not everyone they meet on the street or online is who they say they are. As parents, you might wonder whether what you or they are doing is safe.

As parents, you might also be thinking how can you be as good a parent everywhere, on the street, offline or online.

Parents need to understand that it's important to stay in close touch with their kids. Care and dialogue are very important, but not enough. 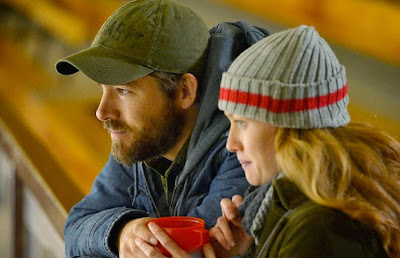 Parents:
The Captive shows how it is done, how easily it is done, and then the fall-out from what happens. Parents are completely lost.
" Kidnapp or abuse have a terrible impact on children, and young teens, and on whole families, whether perpetrated from within or outside their nest: at times, you will be watching through your fingers."
We also need to understand that the world is not so wonderful it must be, and the internet is simply a place.  Somewhere your kids are with you or go to hang out.  And if they were doing that physically, you would want to know where they were going and who they were going with.
Parents need to start asking the same kind of questions to themselves when their kids and young teens are in their presence or online, ignoring the one word #safe #nowhere' or #no-one answers.
Because just as when they head out the door, even with you, or go onto an online space there are potential risks.  And while you are with them or cannot be there with them, you should at least attempt to satisfy yourself you know how safe it is to let your kid for 5 minutes in the car, in the garden in front of you, or what they are going and with whom.
The Captive conveys, at its best, is that ultimately parental protections are not full proof, and that is the greatest horror of all. 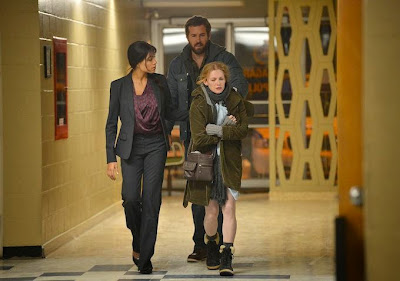 Social message:
The film also shows how pervasive technology can be in family lives and also how sexualised the society has become. And this is the hard bit for parents! 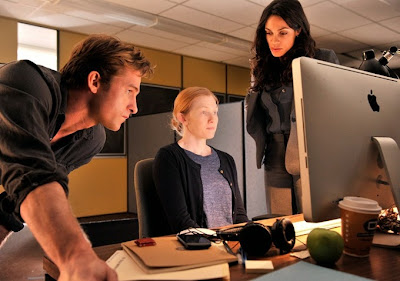 Teachers help students to understand how the world is not so safe at the moment. They help to the safe use of Internet as well. But parents must pay attention at home and help too. Absolutely.
Both teachers and parents have to instil in young people an ability to keep themselves safe. Resilience had gone out of fashion in child care lingo but actually it is vital.
Introducing concepts of modern life, different people, technology in their daily safety are essential.
If you and your kids or students watch the movie, use it as a discussion starter, and remember, your 'kids are probably all right'.

"We just want people to engage more in being a more present parent." said David Schwimmer, Trust director. The key message is is the same for The Captive.

We cannot always protect our children, and young teens including the ones we don’t know. 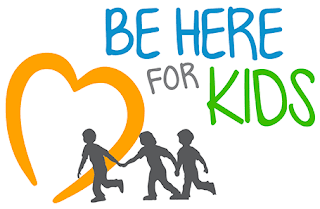 No missing child is ever forgotten, no matter how long they have been missing. Through the Biometrics Team NCMEC coordinates the collection of DNA, dental records and other unique identifiers from family members to search for potential matches, even for long-term cases.

Child safety is a international priority. That's why the National Center for Missing & Exploited Children has partnered with Clear Channel Outdoors and Clear Channel Airports and Missing Children Europe to be here for kids.
But they can't do it alone. They are asking you to take the next steps.
Together, we can make the world a safer place for our children and young teens.

International Missing and Exploited Children's Day : Resources : The Captive, a film ! by G-Souto is licensed under a Creative Commons Attribution-NonCommercial-NoDerivatives 4.0 International License