Valentine's Day is today Tuesday, and Google is marking the festivities with a Doodle. It's always fun to go onto Google and see how they transform their logo, isn't it? You know how I love Doodles!

This year, the Google Valentine's Day Doodle for 2017 is a little different. Yes, it's a game.

It's a video game which took a year to develop and involved a six-person team of animators and engineers. Wow!

The Doodles for Feb. 11, 12 13 and 14, all of which turn into an interactive game upon clicking — feature a pangolin looking for the perfect Valentine's Day gift for its mate. 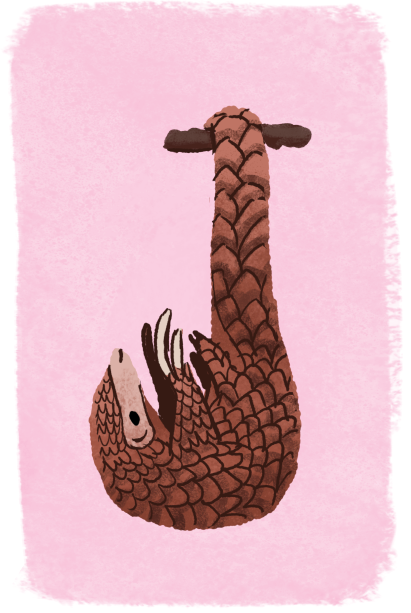 The doodle stars two lovestruck pangolins, scaly mammals native to Asia and Africa that look like a cross between armadillos and anteaters. All eight species of pangolins are endangered by a thriving trade of poaching and smuggling. It is the world's most trafficked animal, with more than 1 million taken from their natural habitats to be eaten or used in traditional Chinese medecine.

Google notes in the game that pangolins are the most poached and trafficked mammals in the world.

The game also includes a link to a World Wildlife website, which invites people to protect them.

Google Valentine's Day game 2017 is four levels and centers around the pangolin, the cutest mammal you've probably never heard of until now.

Upon clicking each Doodle, Google users will be led to a game, where a love-struck pangolin must collect different elements to make the perfect Valentine's gift to its love: cocoa beans on the first day, musical notes on the second, and ribbons for lanterns on the third.

Did you know that Pangolins are the world’s only scaly mammal. The eight species of pangolin that roam the wilds of Asia and Africa are strong swimmers who rely on their long tongues and heightened sense of smell to find nourishment.

Sadly however, pangolins are  in the world, and all 8 species face a significant threat from poachers and smugglers.

Often thought of as a reptile, pangolins are actually mammals. They are covered in distinctive scales that ward off predators in the wild. When threatened, pangolins quickly curl into a tight ball and may use their sharp-scaled tails to protect themselves.
Known as the “scaly anteater,” pangolins feed exclusively on ants, termites and larvae. With no teeth for chewing, a pangolin picks up food with its sticky tongue, which can reach lengths greater than the pangolin’s body. 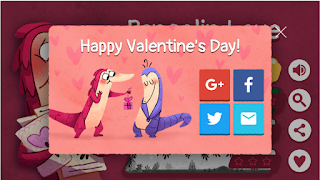 My usual readers know that students love games! So right! And I used to include games into the school curricula.

Never fear, I will help you out. I say this as someone who is terrible at computer games. No, I'm not. But I learned with Sara Levine/Bustle. So, you and your little students will play this game with success. They are better than us, yes?

This year's Google Valentine's Day game is four levels and centers around the pangolin, the cutest mammal you've probably never heard of until now.

But first, ask your students to visit the World Wildlife Fund to learn more about the pangolin’s plight and to support WWF’s efforts to save the pangolin and other endangered species.​

Now, ask students to see the different countries where pangolins have their natural habitat. Students will be invited to look on Google Earth.

On a sunny morning in Ghana, the ingredients for pangolin love are falling into place:

Don’t let its hard outer scales fool you: inside, our friend Pangolin is a big softie, pining over a long-distance romance. Now, the letter this pangolin’s been waiting for has arrived! Pangolin’s sweetheart wants to meet for real, and it’s ready to roll across the globe to make it happen.

But wait! Pangolin can’t arrive empty-clawed. What’s the ideal gift for a mate? What makes for the perfect date? Pangolin decides to ask its friends around the globe for advice.

“If you want to make a sweet impression, the recipe is simple,” says the giant pangolin. Collect cocoa beans for a delectable dessert!

Still on the roll in the quest for love, Pangolin is captivated by a melody coming from the depths of the jungle. Curiosity piqued, our scaly friend detours into the trees, discovering the source of the song to be...another pangolin!

Each note floats loftier than the last, drawing the attention of adoring fans. The powerful romance of the balad gives Pangolin an idea...perhaps a song like this will make Pangolin’s soulmate swoon!

But where will our friend find the notes to create such a song? Pangolin decides to take a swim and collect inspiration underwater.

Searching for the rhythms of love, Pangolin rolls onward to China, where our scaly friend encounters its brethren engaged in a curious ritual.

The traveling mammal becomes hypnotized by the smooth moves of the Chinese pangolins’ love dance.

Suddenly: an idea! Wouldn’t this be a jazzy way to win its mate’s affection?

“If only I had enough ribbons to make it happen!”. Then Pangolin notices something floating in the distance - a length of ribbon, hanging from a lantern... then more, scattered along the path! Pangolin rolls ahead, snagging as many ribbons as it can carry.


How to game? Tell your little students:

There they'll see the adorable pangolins, and then can read their little love story;

Visit The Giant Pangolin For Advice On How To Impress Bae; 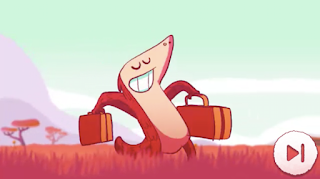 In order to get there, they'll need to navigate a few obstacles. 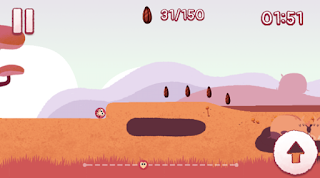 
Again, they will use the right arrow key to move forward, and the space bar to jump over any obstacles in your way; 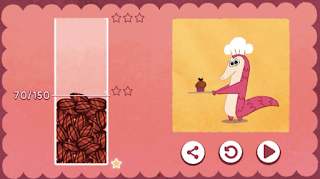 
If they don't get enough beans, students must go back and play again. And keep playing. 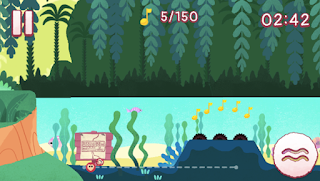 There are 4 different levels, all with different challenges, and the game will run through Valentine's Day, so they have the time to complete all the levels.

They only have three minutes to get through each level. So wish them good luck!

Note: The game Pangolin Love is for iPad and smartphone.


Google teamed up with the World Wildlife Fund to bring awareness about the pangolin, so this game isn't just fun. It's for a good cause.

What's more, they can Adopt a Pangolin (one by class).

Finally, invite your students to send a Pangolin ecard.

Environmental education is an important issue to include into any curriculum you teach. Endangered species are every day disappearing and we must take care of biodiversity. Pangolins range from Vulnerable to Critically Endangered.

Hope your students would love to play Valentine's Day game helping WWF to protect pangolins, the most the most trafficked mammal.

Schools : Happy Valentine's Day : let's help the Pangolin... gaming ! by G-Souto is licensed under a Creative Commons Attribution-NonCommercial-NoDerivatives 4.0 International License.
Posted by G-Souto at 12:30 AM

Schools : A lesson of Mindfulness : Youth soccer team & his coach in Thailand 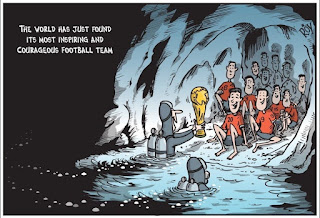