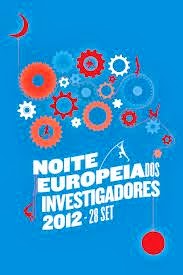 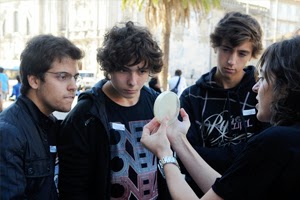 And today we are celebrating a special night! Yes, the Researchers' Night 2012.

The Researchers' Night is an event bringing together the public at large and researchers. It occurs annually on the fourth Friday of September, the 28th, all over Europe.

Its main objective is to reveal scientists and science in a relaxed and friendly atmosphere.

The Researchers' Night offers the opportunity to discover research facilities that are usually not open to public such as:
Families and schools can use the most recent technologies and instruments with the guidance of scientists, participate in experiments, competitions and quizzes, watch demonstrations and simulations, exchange ideas and party with the researchers. 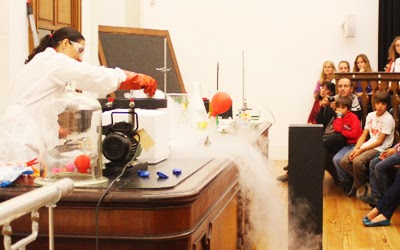 Exciting, isn't it? You do remember my post European Researchers' Night 2011. It was a fantastic night!

Often billed as family events, Researchers' Night will in fact appeal to people of all ages, whether with their family, school, friends or on their own, who are intrigued by how things work and by what science means for their lives.

So, you won't miss the Researchers' Night 2012! This is a mega event taking place every year on a single September night in about 300 cities all over Europe.

What do researchers really do and why does it matter for your daily life?

Find out this and more through behind-the-scenes guided tours of research labs that are normally closed to the public, interactive science shows, hands-on experiments or workshops.

A different and exciting Sciences lesson. A live lesson! Teachers and students can join other groups of students and educators that will be for everywhere  participating in this awesome live pedagogical experience.

Let your students meet the real scientists, talk to them, make some curious questions, understand the real meaning of Science.

Do you want to take part of an event in your city? Alone, with family or school class? Find an event near you!

Of course tablets iphones and smartphones are allowed. Great tools (no more paper notebooks) to capture the most important moments of the night and to discuss next week in the classroom at sschool.

Have fun learning! Reseachers' Night by G-Souto is licensed under a Creative Commons Attribution-NonCommercial-ShareAlike 3.0 Unported License.

"Europe is rich in languages – there are over 200 European languages in daily use and many other languages are spoken by citizens whose family origins are in other continents.

Respect for cultural and linguistic diversity and support for language learning are at the core of the work of the Council of Europe."


At the initiative of the Council of Europe, Strasbourg, the European Day of Languages has been celebrated every year since 2001 on 26 September.

Following the success of the Year the Council of Europe declared a European Day of Languages  to be celebrated on 26th of September each year.

The general objectives of the "European Day of Languages" are:


"Linguistic  diversity is an important resource to be recognised, valued, used and cherished. Language learning brings benefits to all ages – no one is too old to learn a new language and  enjoy the opportunities it opens up. Learning other peoples' languages is another way of helping us to understand each other better and overcome our cultural differences." 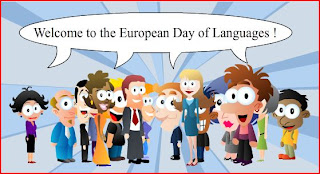 "Plurilingualism is much more the normal human condition than monolingualism. There are millions of people who think they know no language other than their mother tongue; however many of them know some level of another language. And yet the opportunities to learn a new language are today greater than ever."

On the occasion of the European Day of Languages, a range of events are organised across Europe.

Activities for and with children in schools, television and radio programmes, language classes and conferences.

In order to learn more about language diversity students can take part in different activities proposed by their teachers or following a school project.

Of course, it is important that you introduce ICT & social media in the classroom, such as:


In the classroom - Some Activities:

* In French and Portuguese curriculum, my students had wonderful exchanges with students from several European schools from Austria, Romania, Spain, Italy, Switzerland (by email or/and by letters), and a school exchange project with Holland. Read some impressions about this last one.

In 2005, a group of students aged 10-13 started a blog as an acitvity of European Day of Languages.

By groups, they chose a country and elaborated a post where it should appear  the word "Hello" (translated), the flag and a tradition. You can watch here (France) for example, but feel free to watch other ten countries in different posts.

Among the students, there was some students with special needs, and they really were well integrated in the activities.

In 2006, 2007, different students continued the project. In 2008, we celebrated The International Year of Languages

Students like to communicate and interact with other students from European schools and countries, So, they can get a taster of the various languages of Europe.

There are a vast number of ways in which you can celebrate the European Day of Languages depending on the level you teach, the time and means you have available.

Your school wants to promote the events of your students? Right! Fortunately there's plenty you can do to publicise your initiative. Let's give it a start here

National authorities and the various partners are given a free hand to organise activities.

To coordinate the activities organised at national level, the Council of Europe asks participating countries to nominate National Relay Persons for the EDL.

The function of a Relay is to act as a multiplier for organisations, schools and association.

Some important links for Teachers for EDL 2012:

"Everybody deserves the chance to benefit from the cultural and economic advantages language skills can bring. Learning languages also helps to develop tolerance and understanding between people from different linguistic and cultural backgrounds."

Let's Celebrate the European Day of Languages by G-Souto is licensed under a Creative Commons Attribution-NonCommercial-ShareAlike 3.0 Unported License.

The European Center for Modern Languages
http://www.ecml.at/
Posted by G-Souto at 11:30 PM 2 comments:

The 24th edition of the European Union Contest for Young Scientists (EUCYS) will take place in Bratislava, Slovakia, from 21 until 26 September 2012.

The EUCYS – European Union Contest for Young Scientists is an initiative created by the European Commission in 1989.

Promoting the science interchange between young scientists and guiding them to a future in science and technology.

The event is an annually held exhibition of the finest work developed in many scientific fields, and given its nature as a competition. 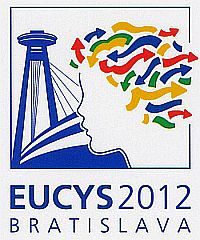 The best young minds of different countries can compare ideas and admire each other’s work, thus bringing great interest upon the contest by the international and local communities and press.

The EUCYS is, yet, an opportunity for the young students, who have reached a prestige position in their home countries, to exchange new ideas, share common interests and gain experience from an event which involves some of the most foremost european scientists.

The outcome is a significant endorsement by the European Commission, of the work and development achieved in each participant country, to guide and promote more and more young people to careers in science and technology.

Being an international contest, the EUCYS integrates in the activities of Science and Society managed by the Directorate General for Research and Innovation of the European Commission.

Within the Framework Programmes for the Research and Technological Development and in the European Development Area, Science and Society strives to build a solid link between scientific endeavour and the general european community. 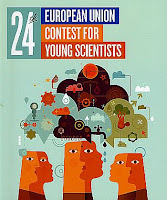 "Flies on the phone (Biology)"

The potential adverse effects of radio frequency radiation (RF) emitted by mobile phone use on male reproductive function are widely reported in the literature. Read all the details here

"Impact of invasive flora in riparian ecosystems in Odemira (Environment)"

The goal of this project was to study the influence of the Acacia invasion on the biodiversity of riparian ecosystems in Odemira. We selected as biodiversity indicators two groups of living beings: plants and arthropods.  Read all the details here

The role of the Jury of the European Union Contest for Young Scientists is of utmost importance. The Jury assesses and scores the competing projects based on their written description (before the Contest) and through interviews with the Contestants carried out at the exhibition during the Contest.

You can find the Jury here

The Host organiser of the 24th EUCYS is The Young Scientists of Slovakia in cooperation with the Ministry of Education, Science, Research and Sport of the Slovak Republic.

The 2012 Intel® Educator Academy EMEA meeting will be held in Bratislava, Slovakia, on September 23-26, along the "European Contest for Young Scientists" (EUCYS).

The strategic partners of his year's edition are: EUCYS, European Schoolnet and the Young Scientists of Slovakia.

Contests are always important activities in the curriculum. Students are encouraged to demonstrate the inner creativity to develop their competences as innovators.

Of course an internationqal contest, in this case an European contest, is an opportunity for the young students, who have reached a prestige position in their home countries, to exchange new ideas, share common interests and gain experience from an event which involves some of the most foremost european scientists.

The European Union Contest for Young Scientists by G-Souto is licensed under a Creative Commons Attribution-NonCommercial-ShareAlike 3.0 Unported License.