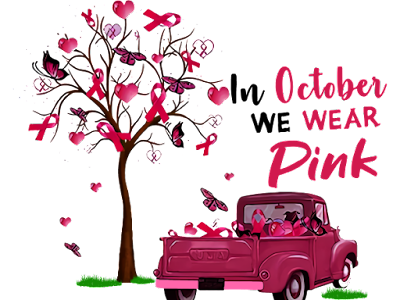 And here I am! Pink October is my awareness month. In memory of my mother.

I started Pink October in school curriculum long time ago. And I wrote about on Going Pink at School (October 2013). On my blogs to students too: Octobre rose: On participe au collège et lycée? (French foreign language) and Escolas : Outubro Rosa: Vamos participar? (Portuguese native language). 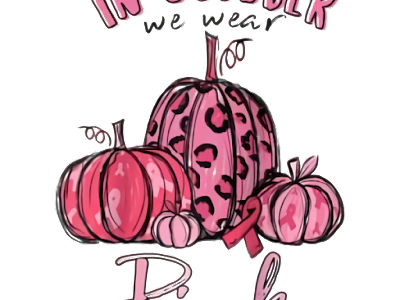 So here I am writing some words and share some resources on Going Pink in School Education.

Talking about cancer helps students and teachers to be conscious and to understand and follow friends and family.

But let remind you the leading cause of death for children under the age of 15.
In developing countries, over 100,000 children die each year due to poor diagnoses and lack of access to basic treatment options. If given the generic drugs and simple medical procedures so desperately needed it is estimated that more than half of them could be saved. Instead, survival rates stand at 20 percent.

Unfortunately, as teachers, we know some children and teens who have or had cancer or often coexisted with the desease from a mother, a sister, a grandmother or a friend suffering cancer. 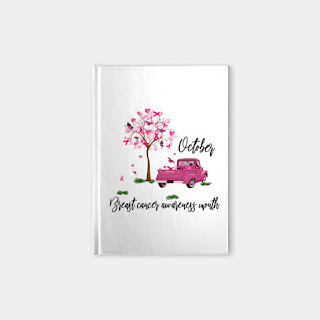 Schools must holding special programmes to tell students about how survival rates increases through early detection.

I think it would be important to include cancer awareness into school curriculum, not only in sciences curriculum.

I know several schools that involve young students to raise awareness about this disease.

“Education helps students and teachers not only protect their families, but also their own lives,” 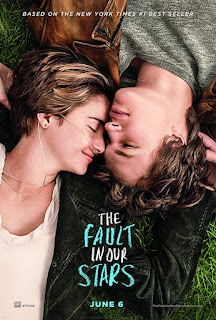 Based on the book The Fault in Our Stars by John Green, the film tells the story of two young people cancer patients - August and Hazel - begin a life-affirming journey to visit a reclusive author in Amsterdam. 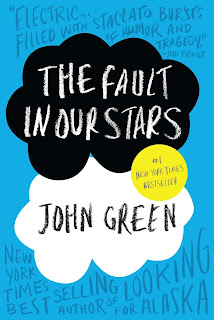 The Fault in Our Stars
John Green, 2012
https://www.johngreenbooks.com/

Despite the tumor-shrinking medical miracle that has bought her a few years, Hazel has never been anything but terminal, her final chapter inscribed upon diagnosis. But when a gorgeous plot twist named Augustus Waters suddenly appears at Cancer Kid Support Group, Hazel’s story is about to be completely rewritten.

The Fault in Our Stars debuted at #1 on the New York Times bestseller list and was chosen as TIME Magazine’s #1 Fiction Book of 2012. 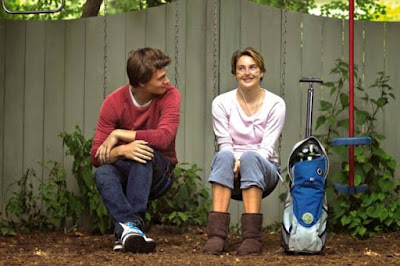 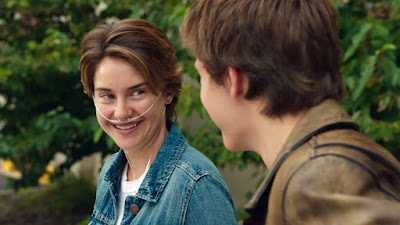 
Hazel (Shailene Woodley) and Gus (Ansel Elgort) are two extraordinary teenagers who share an acerbic wit, a disdain for the conventional, and a love that sweeps them on an unforgettable journey.

Their relationship is all the more miraculous, given that they met and fell in love at a cancer support group.

The Fault in Our Stars explores the funny, thrilling and tragic business of being alive and in love.

"A lot of us feel on a daily basis, but we just don’t acknowledge our feelings,” (...) "This movie won’t let you leave without acknowledging your feelings."

The friendship between two life-long girlfriends is put to the test when one starts a family and the other falls ill.

Milly (Toni Colette) and Jess (Drew Barrymore) are besties since girlhood, ever since the latter relocated to London from the US with her family. The pair’s sustained friendship has evidently rested on mutual acceptance of their roles: adventurous Milly led the way, with generous support from Jess. 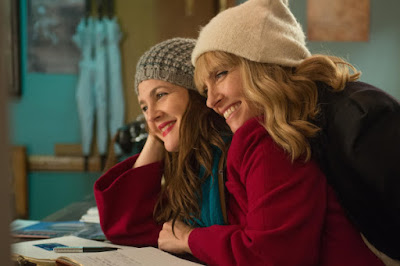 Milly was the first to experience romance and sex, the first to conceive and marry  and the one who sadly experiences other firsts, when a series of diagnoses confirm an increasingly bleak prognosis for her breast cancer.

Based on Goodbye by Morwenna Banks. On 19 October 2013, BBC Radio 4 broadcast Banks' play Goodbye about a woman diagnosed with breast cancer.

It's unsweetened depiction of cancer. In fact the film is probably the most honest depiction of the disease I can remember seeing in a movie. Superbly understated and fabulously real.

Host a pink walkathon at the Park of your city. Invite other schools to join you:
To aid efforts, in Arts curriculum students can designed T-shirts for the cause, ribbons, badges and wear Pink one day or two of the month. Take a picture wearing Pink item every day
Students are asked to do pink ribbons and wear them to show their solidarity in school, on the street, at home;
Create sport activities for boys and girls in school gymnasium or playground. Four younger, think in a score;
Students will be titled PYM brand ambassadors who will educate their mothers, grandmothers, and other family to take self exams;
Set up a charity bazaar in the school for a week and ask for parents and grandparents help;
Teachers and parents will be collecting scarves to be sent to patients who have lost their hair due to chemotherapy.

The scarves will be sent to Breast Cancer organization in your own city or country that will forward it to girls and women patients.
Ask students to write kind pink cards or pink letters to send to young Cancer patients;
On the school social media accounts exchange messages or talks with children and teens who are in hospitals but stay active interacting with social media;

Schools : Let's talk about Pink Ocotober ! by G-Souto is licensed under a Creative Commons Attribution-NonCommercial-NoDerivatives 4.0 International License.
Posted by G-Souto at 1:30 AM No comments:

Schools : Intl Day for the Eradication of Poverty : #EndPoverty ! 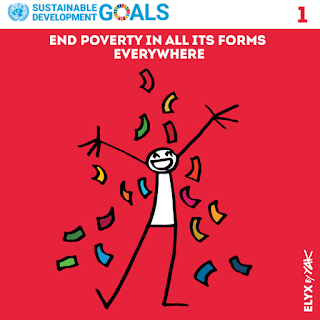 "One of the keys to ending child poverty is addressing poverty in the household, from which it often stems. Access to quality social services must be a priority."


This year marks the 30th anniversary of the adoption of the Convention on the Rights of the Child (UNCRC) on 20 November 1989. This landmark human rights treaty sets out the civil, political, economic, social and cultural rights of every child, regardless of their race, religion or abilities.
In particular, the Convention recognizes the right of every child to a standard of living adequate for the child’s physical, mental, spiritual, moral and social development. Poverty hurts children’s development and, in turn, leads to lower income and health in adulthood. When child poverty is recognized as a denial of children’s human rights then people in positions of responsibility and power are legally bound to promote, protect and fulfil children’s rights. Above all, it is imperative to recognize and address the specific discriminations experienced by the girl child.

In a world characterized by an unprecedented level of economic development, technological means and financial resources, that millions of persons are living in extreme poverty is a moral outrage. Poverty is not solely an economic issue, but rather a multidimensional phenomenon that encompasses a lack of both income and the basic capabilities to live in dignity.
Persons living in poverty experience many interrelated and mutually reinforcing deprivations that prevent them from realizing their rights and perpetuate their poverty, including: "Acting Together to Empower Children, their Families and Communities to End Poverty." An alarmingly high number of children are suffering the consequences of poor diets and a food system that is failing them, UNICEF warned today in a new report on children, food and nutrition. 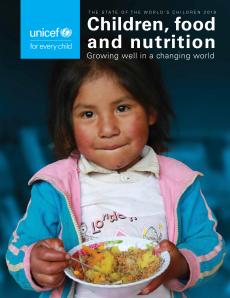 
"Despite progress in the past two decades, one third of children under age 5 are malnourished – stunted, wasted or overweight – while two thirds are at risk of malnutrition and hidden hunger because of the poor quality of their diets. At the center of this challenge is a broken food system that fails to provide children with the diets they need to grow healthy."

This report also provides new data and analyses of malnutrition in the 21st century and outlines recommendations to put children’s rights at the heart of food systems.

When child poverty is recognized as a denial of children’s human rights, people in positions of responsibility and power are legally bound to promote, protect and fulfil children’s rights."


The report provides the most comprehensive assessment yet of 21st century child malnutrition in all its forms. It describes a triple burden of malnutrition:
Undernutrition, hidden hunger caused by a lack of essential nutrients, and overweight among children under the age of five, noting that around the world:

Everyone can join the campaign on social media by using hashtag #EndPoverty and promoting the call to action to connect with people from around the world who have joined the fight to overcome poverty. 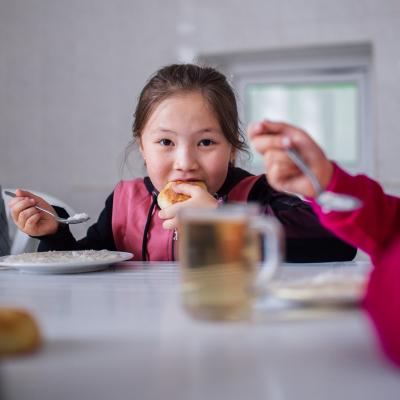 Ask students to use #EndPoverty to share messages about the International Day for the Eradication of Poverty via social media.

Schools : Intl Day for the Eradication of Poverty : #EndPoverty by G-Souto is licensed under a Creative Commons Attribution-NonCommercial-NoDerivatives 4.0 International License. 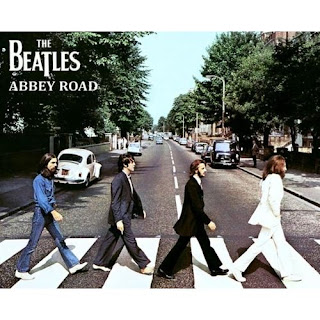 "It’s hard to believe that Abbey Road still holds up after all these years. But then again it’s a bloody cool album."

As my usual readers know I wrote on my post Music Day : the value of Music in public education and I include a brief note on The Beatles' Abbey Road number one in the UK, 50 years after it first topped the album charts.

The new version features original tracks such as Here Comes The Sun and Come Together as well as previously unheard material from the recording sessions.
Nothing better! Today, John Lennon would be 79 years-old. He was born on the 9 October 1940. 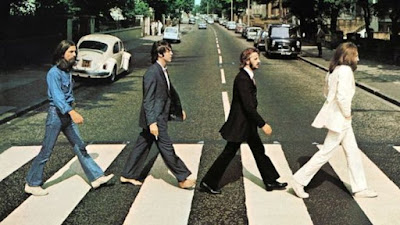 So, i'ts a beautiful day to write about Abbey Road, the last album of the group, produced by Sir George Martin. On the photo cover the group walk across the street in single file from left to right, with Lennon leading, followed by Ringo Starr, Paul McCartney, and George Harrison, 1960.

In September 1969, Lennon privately informed his bandmates that he was leaving the band.

Despite being their penultimate release, Abbey Road was in fact the last album The Beatles ever recorded together. Let It Be, which came out the following year, had been recorded first, but was initially shelved over disagreements about its production.

The album has been newly mixed by producer Giles Martin and mix engineer Sam Okell, accompanied by 23 session recordings and demos, most of them previously unreleased.

The album, the last that the group recorded together, but released on 26 September 1969, before 1970’s Let It Be. The three-track ‘Something’ EP, featuring the 2019 Stereo Mix, the Studio Demo and Take 39 – Instrumental – Strings Only, can be streamed here.

“The magic comes from the hands playing the instruments, the blend of The Beatles’ voices, the beauty of the arrangements. Our quest is simply to ensure everything sounds as fresh and hits you as hard as it would have on the day it was recorded.”

So... Let It Be! Consider to include into your school curriculum, The Beatles: Abbey Road 50 years, talking about Pop-rock music! That´s right!

"Pop-rock music is a genre that has allured the attention of young people for more than 50 years of its existence. Its prejudices and benefits will be examined as the future of rock music in education is discussed through the methodology of a sample lesson plan."

Students curiosity emerge when musical examples using pop-rock are presented. Certainly, their background can conducive to this, and teachers will note her enthusiasm. 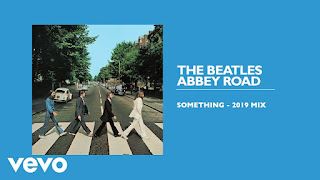 The Beatles Abbey Road
via Vevo

And of course, don't forger the great digital resource on Voyager Google Earth! Beattlemania published on my blog May 2017.

Euronews: Watch: It's 50 years since The Beatles' iconic Abbey Road photo was taken