Games in school : Majin and the Forsaken Kingdom in the classroom! 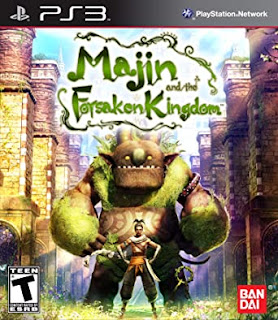 Majin and the Forsaken Kingdom
https://www.amazon.com/

"If there's one word I would use to describe Majin and the Forsaken Kingdom, it would be "delightful." From beginning to end, Majin is a game designed from the ground up to make you smile, and in that respect, it is a magnificent success. A charming and compelling experience, if any game this year could be considered heartfelt and genuine, then this would be it."

Majin and the Forsaken Kingdom has just hit stores in Europe, the 26th November 2010. It is the kind of game that you will love at first sight

In a effort to reach a wider audience, Namco Bandai bet in height (8) languages including Portuguese. So, it's available in the native languages of a maximum number of people.

Wow!! Finally Portuguese language!! It's good to have the text and the voices in the Portuguese an d other native languages.


Some screenshots of Namco Bandai's charming new adventure game, Majin and the Forsaken Kingdom. A good Narrative text for sure! And the music! Fantastic!

Let's visit the official website that describes this fantasious game! With a charming atmospheric look and with what seems like an endearing and heartwarming story as opposed to a bleak and depressing one, Majin has potential to be a terrific game. Majin and the Forsaken Kingdom game

A kingdom has been overtaken by a substance known only as the Darkness, which envelops living beings and turns them into mindless, nigh invincible soldiers of evil. Tepeu, a young thief who can talk to animals, steals his way into this kingdom to protect his own home from decay.

Once in the kingdom, he discovers an ancient power that has been hidden away by the Darkness, a creature known as the Majin. Together, Tepeu and the Majin must work together in order to destroy evil, rescue the kingdom, and get the girl.

Oh, don't miss the storytelling on the website. Students will love it! The game caught my eye today with a really promising trailer, seeming to hint at a game with all the aesthetic need to gaming in school.

The screenshots continue this theme, with some really pretty looking backdrops and unique character designs. I think this has potential to be a cult classic, if the gameplay is as good as the visual style. 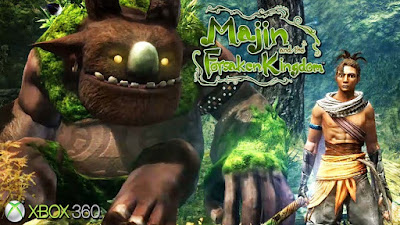 This new game was released very recently. If, like me, you somehow managed to not hear about this game until today, do check it out! . It's hard not to fall in love with this beast, and I'm already drawn into the journey the game's two characters will share.

Just love it! It's so charming!  Majin, a towering beast that forges a strange friendship with a thief, Tepeu. The two characters balance each other surprisingly well, with Tepeu's cunning and speed matched by the Majin's adorable dimwittedness and hulking force.

So well! Here we are again! Games in the school!

Ok! Do you remember Prince of Persia, no doubt! The narrative seems very similar. Let's include some activities and enjoy a different course.

In the classroom, begin to let students, on theirs smartphones, visit the official website "Majin and the Forsaken Kingdom" on the internet, and discover the story, the features and media.


Don't forget to get the mission on the Facebook info. 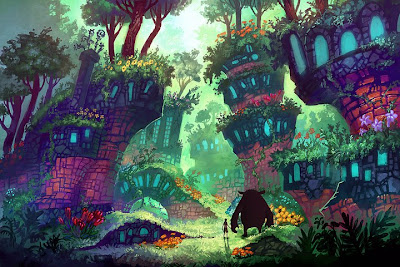 Majin and the Forsaken Kingdom game

1.1. Listening & comparing the translation into Portuguese or another language;

6. The creation of different characters in the design course;


The music of Majin and the Forsaken Kingdom was written by "fairy tale world" music specialist Sahashi Toshihiko, who has also composed music for Tokio's Disneyland.


Share with your students the music videos behind the game


Be yourself creative and share some other activities with us!

Have good practices! And let your students learn with games!

Majin and the Forsaken Kingdom
https://store.playstation.com/en-us/product/UP0700-BLUS30472_00-MAJINANDTHEFORSA

Games in school : Majin and the Forsaken Kingdom in the classroom by G-Souto is licensed under a Creative Commons Attribution-NonCommercial-NoDerivatives 4.0 International License.

A day in the day of the days

Noiserv is a project that appeared in 2005 when David Santos decided to join all the material that he had achieved for a long time and turned it into something real and serious.

After that David had played in Portugal's most important alternative scene venues and quickly had become well-known in Portuguese media and audience.

Finally on October 13, 2008, the singer-songwriter had self-release is debut full-length record called "One Hundred Miles from Thoughtlessness", which was considered as one of the best 2008 Portuguese records.

On November the record starts to be distributed in Tokyo (Japan) with Preco records, in Manchester (UK) with Piccadilly records and also in several stores around europe.

On April 2009 was released the first noiserv single 7” in Autumn Ferment Records, U.K., with one song of "One Hundred Miles from Thoughtlessness" - "Bullets on Parade".


In July Noiserv released the last EP called "A day in the day of the days"... a soundtrack for a day in our life...


Well, in a sunday day in the day of days... I pick "Mr. Carousel" for a sunny break, returning from cold Brussels, after "Media & Learning Conference".

A day in the day of the days by G-Souto is licensed under a Creative Commons Attribution-NonCommercial-ShareAlike 3.0 Unported License.

Games in school : Under Siege -1st Portuguese game for PSN3 ! 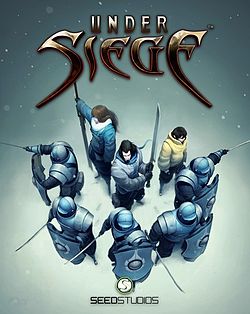 Under Siege is from the Portuguese Seed Studios.  It's possible that Under Siege would be available on PSN in December for 14,99 Euros.


Expected the compatibility with the Move, the inclusion of an editor and the integration on Youtube and social networks. 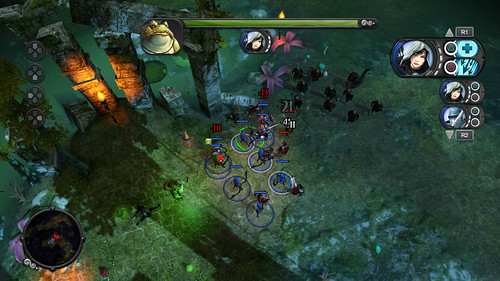 The screenshots of the game look quite gorgeous already which is always a good sign don't you think?

Oh! The in-game Editor enables players to create their own maps and share them with the world. 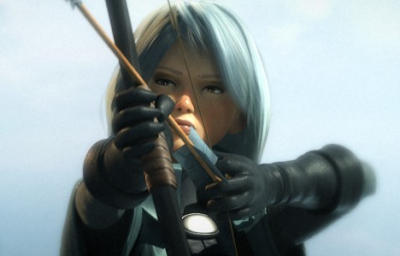 Kari is her name! She's strong and determined. She's the daughter of the leader of a small village on the edge of the Citadel's territory.

Are you curious about the story? Read more here And for now, view the intro of Under Siege below:


“Under Siege features an original world, unique gameplay elements and a control scheme designed with a console controller in mind,”- “We are also working on implementing a large number of multiplayer and community features with special emphasis on user generated content.” 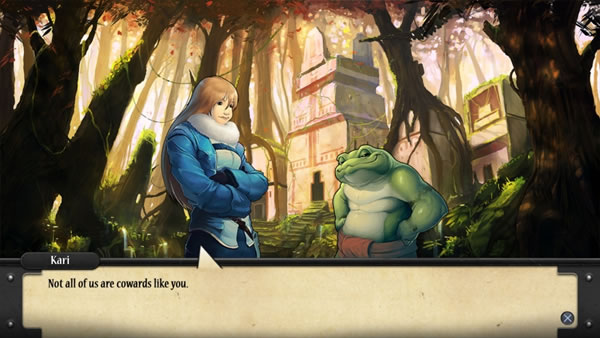 As Prince of Persia or Majin and the Forsaken Kingdom, another interesting video game to include into school curricula teaching the Narration.

Games in school : Under Siege - 1st Portuguese game for PSN3 by G-Souto is licensed under a Creative Commons Attribution-NonCommercial-ShareAlike 3.0 Unported License.

Country Strong : a film where Gwyneth Paltrow is singing ! 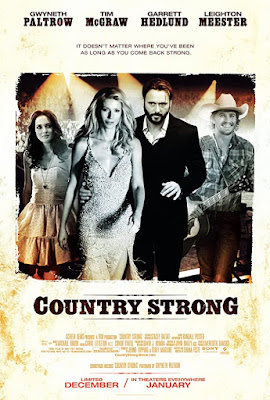 (because it's Saturday and I love music)

Country Strong : a film where Gwyneth Paltrow is singing ! by G-Souto is licensed under a Creative Commons Attribution-NonCommercial-ShareAlike 3.0 Unported License.

Put your hands up for Moodle

These Taylor University students are pretty adamant on convincing their faculty to make a switch to Moodle from Blackboard.
They list a few negative characteristics of Blackboard and tout their perceived ease of use when accessing Moodle courses, resources and grades.  Then they put it all to music and auto-tuned it.
It’s pretty brilliant, I especially enjoyed that they were able to rhyme “permalink” in the song.
Joseph Thibault

Put your hands up for Moodle by G-Souto is licensed under a Creative Commons Attribution-NonCommercial-ShareAlike 3.0 Unported License.
Posted by G-Souto at 1:50 AM No comments: 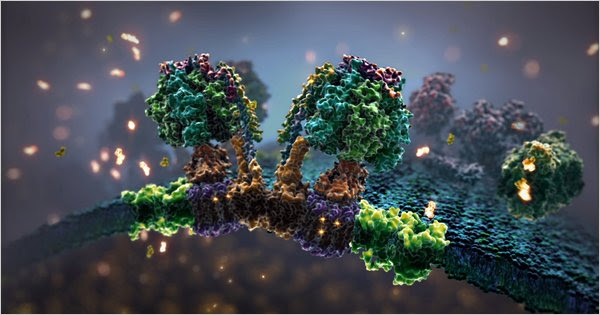 
Together Harvard University and XVIVO developed this 3D animation journey for Harvard's undergraduate Molecular and Cellular Biology students about the microscopic world of mitochondria.

The animation highlights the creation of Adenosine Triphosphate (ATP) - mobile molecules which store chemical energy derived from the breakdown of carbon-based food.

ATP molecules act as a kind of currency, imparting chemical energy to power all the functional components of cellular activity.

This animation is the second in a series of award winning animations XVIVO is creating for Harvard's educational website BioVisions at Harvard.

The first program, Inner Life of the Cell, received international acclaim and can be seen both on our website and the BioVisions site.

It can play a significant part in education. The Harvard biologist E.O. Wilson is leading a project to develop the next generation of digital biology textbook that will integrate complex visualizations as a core part of the curriculum.
Called Life on Earth, the project will include visualizations from Mr. Berry and is being overseen by Dr. McGill, who believes it could change how students learn biology. Read more... 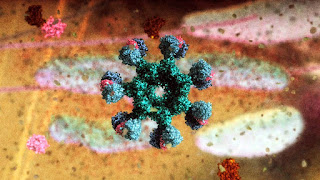 An image of cell death created by Drew Berry, a biologist whose work has been shown in museums. CreditDrew Berry/The Walter and Eliza Hall Institute of Medical Research
https://www.nytimes.com/2010/

Two interesting digital resources to include into sciences curriculum at school. Students will understand better the creation of Adenosine Triphosphate (ATP) and other science itens.

“I think visualization is going to be the key to the future,”
Dr. McGill
And you? What do you think?
G-Souto

Schools : A new way to teach Biology ? Resources by G-Souto is licensed under a Creative Commons Attribution-NonCommercial-ShareAlike 3.0 Unported License. 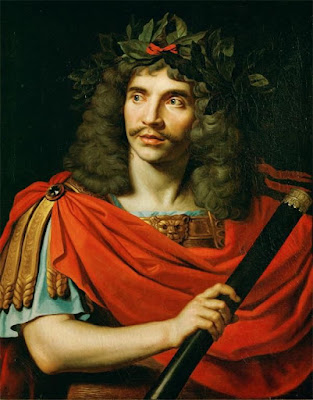