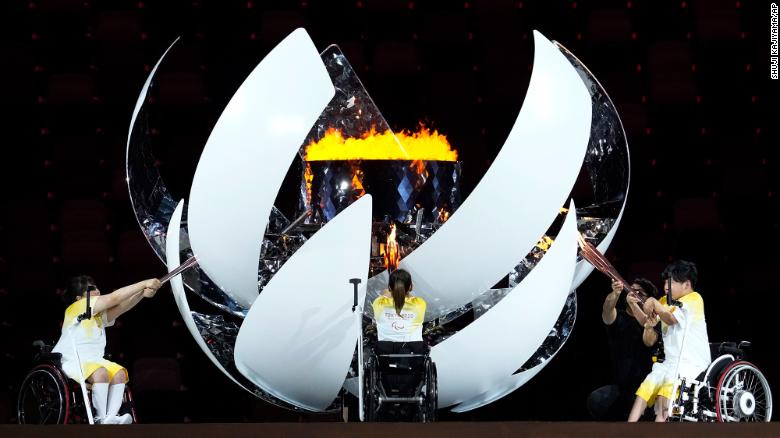 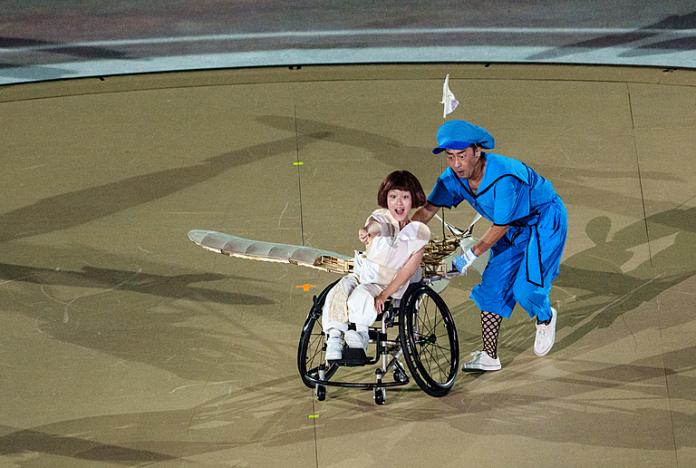 The Little One-Winged Plane was the star of the Opening Ceremony
credits: © OIS
https://www.paralympic.org/

The Tokyo 2020 Paralympic Games have been rescheduled to take place between 24 August and 5 September 2021.

Badminton and taekwondo make their Paralympic debut in Tokyo, and have been awarded with 14 and 6 medal events respectively. 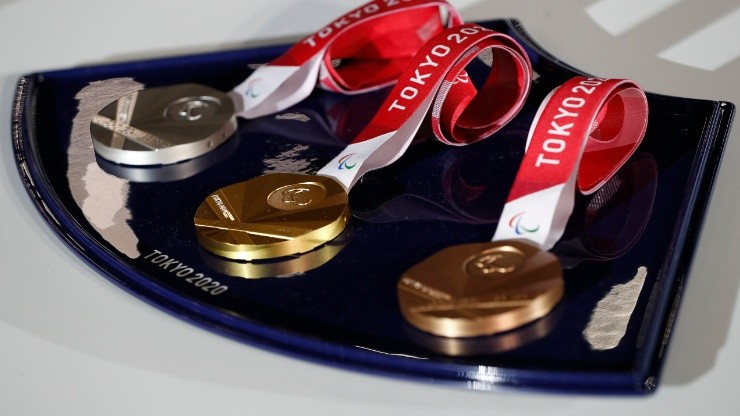 The International Paralympic Committee (IPC) has confirmed the six athletes who will represent the Refugee Paralympic Team (RPT) at the Tokyo 2020 Paralympic Games. The athletes, one woman and five men will compete in Para Athletics, Para Swimming, Para Canoe and Taekwondo. 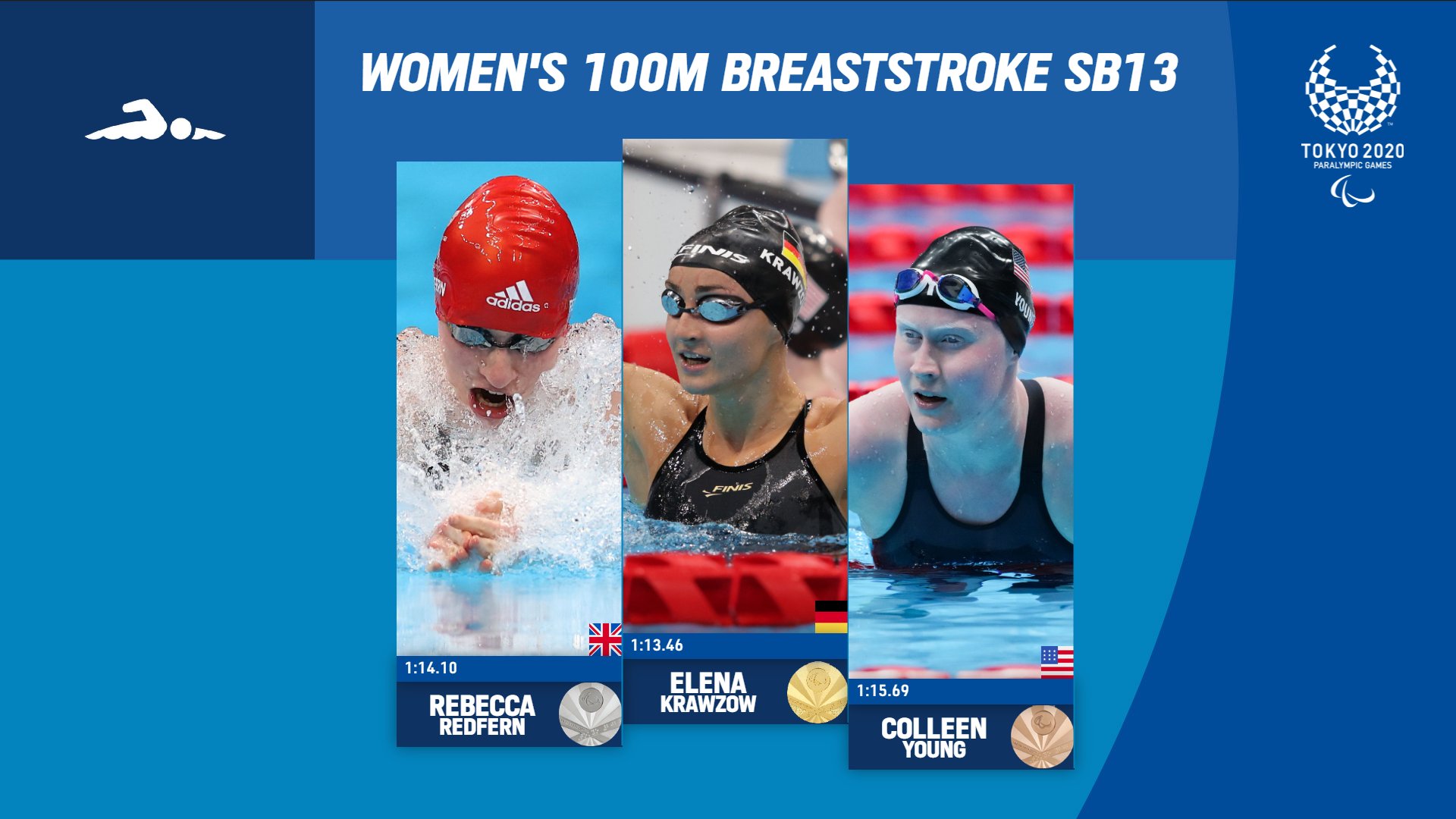 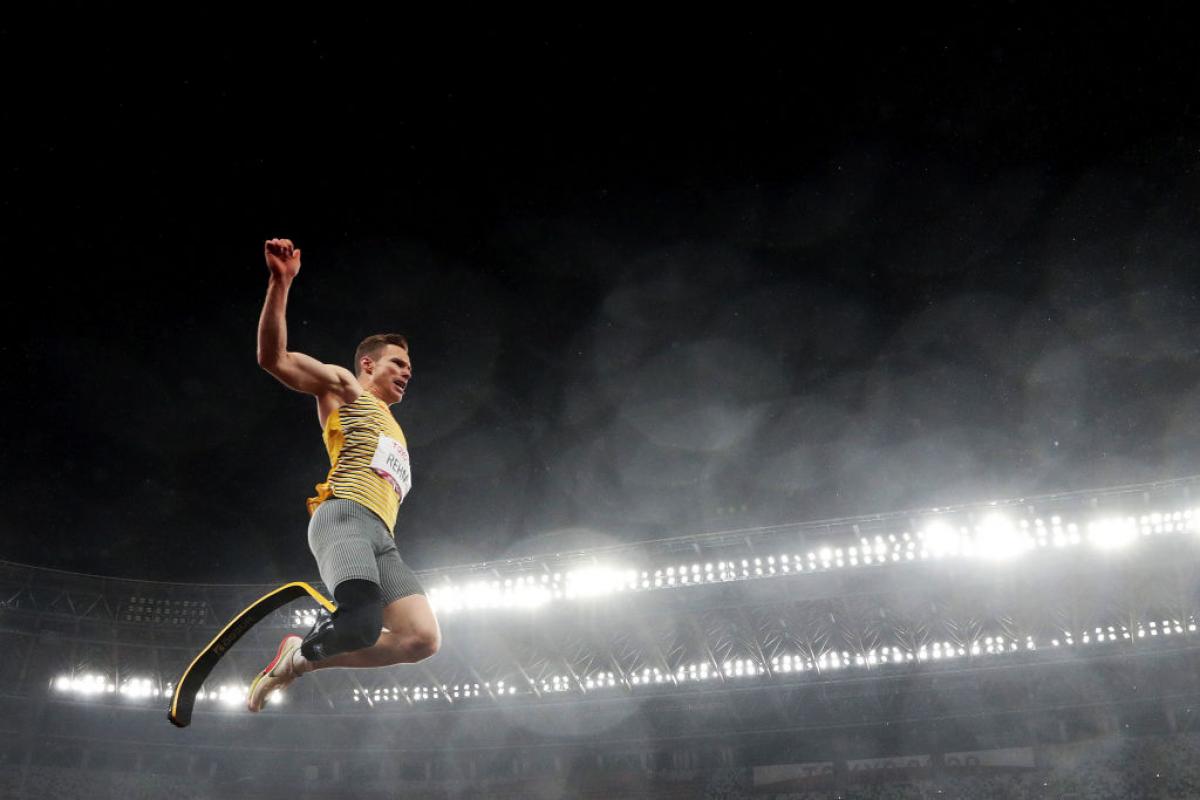 Time to stop this wonderful introduction. Let's begin the rundown of the most popular posts in July.
We began the month with Sir Ludwig Guttmann, founder of the Paralympic movement. Wow! Just in time.

Here are the most popular posts of July:

We are all excited! Someity, the Paralympic mascot is showing that just like the amazing athletes who compete at the Paralympic Games, nothing is impossible.

Good luck to all and let the games continue! Bravo to all the courageous athletes! You are all winners!
G-Souto

July in Review & Paralympics Tokyo 2020 by G-Souto is licensed under a Creative Commons Attribution-NonCommercial-NoDerivatives 4.0 International License.

"The Human Race", an illustration depicting human figures running while consumed by shades of red (global warming) and shades of blue (tsunami as a climate change phenomenon). UN 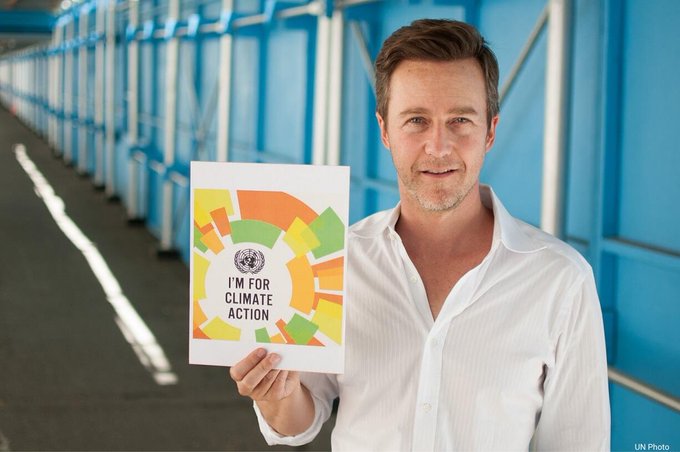 A global challenge for climate action in solidarity with the people who need it most.

The climate emergency is wreaking havoc across the world at a scale that people on the front lines and in the humanitarian community cannot manage. Time is already running out for global countries and the world’s most vulnerable people — those who have contributed least to the global climate emergency yet are hit the hardest — and millions of others that are already losing their homes, their livelihoods, and their lives. 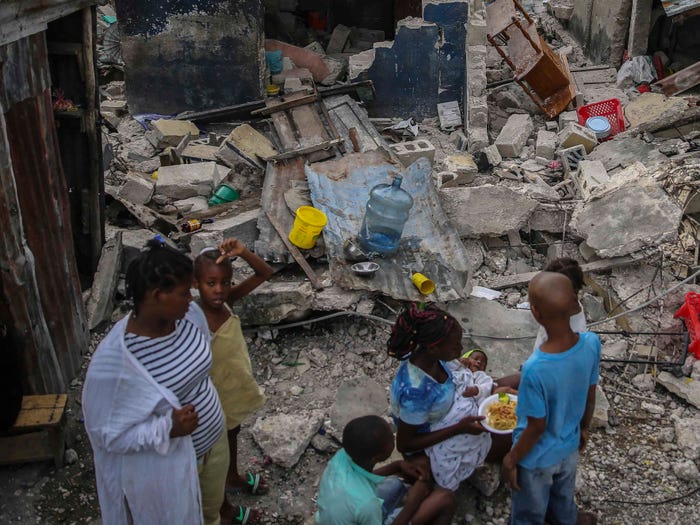 Must look to Haiti, one of the poorest countries in the world: the earthquake that occurred on the same system of faults as the one that devastated the capital, Port-au-Prince, in January 2010. And now the storm weather. 800,000 people have been affected by the earthquake, and that about 400,000 people require some form of humanitarian assistance in the three affected departments. 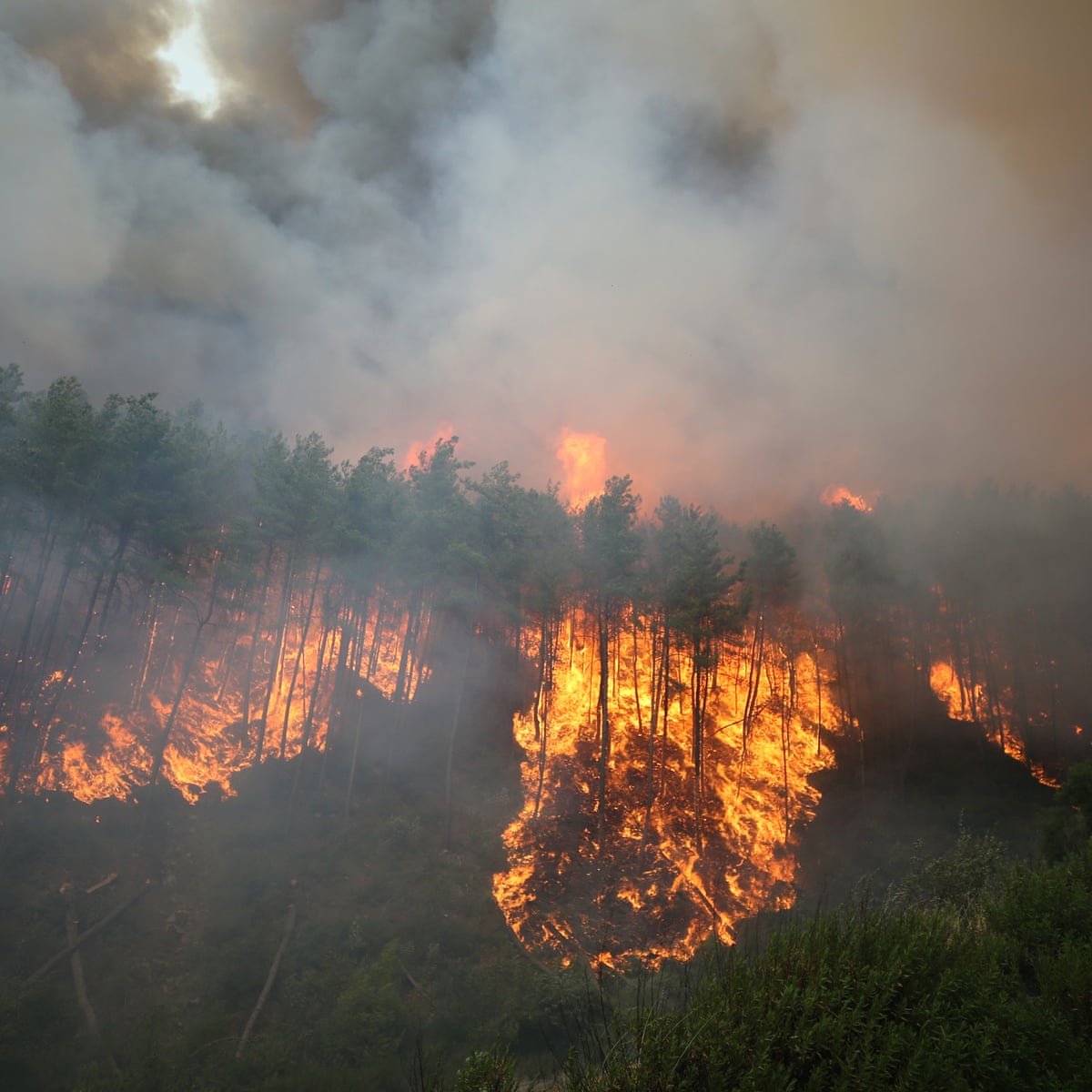 Wildfire in Turkey
credits: Anadolu Agency/Getty Images
via The Guardian 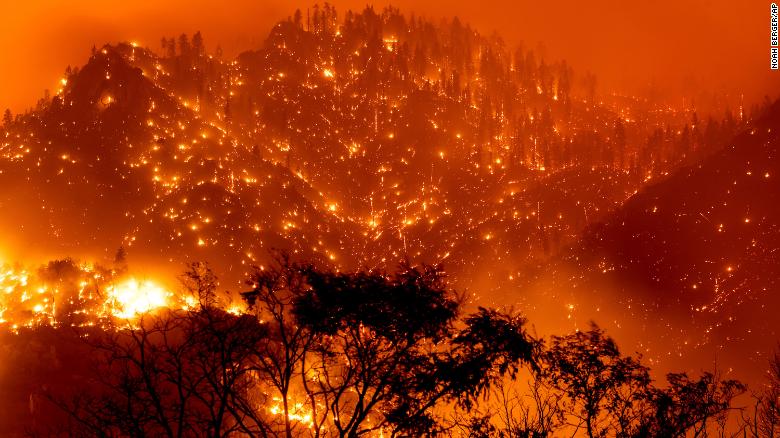 In California, Turkey, Greece, France, Spain, even in my country Southern of Portugal wildfires destroyed forests, houses, farms, animals and kill some people, for example in Turkey. 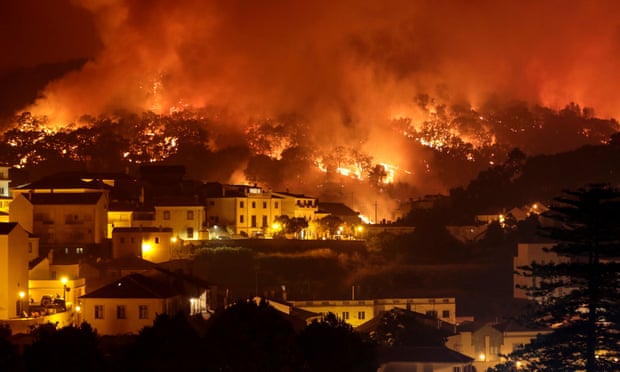 Some weeks ago deadly flows in Northern Europe, Germany, Belgium, Netherlands and some other countries. 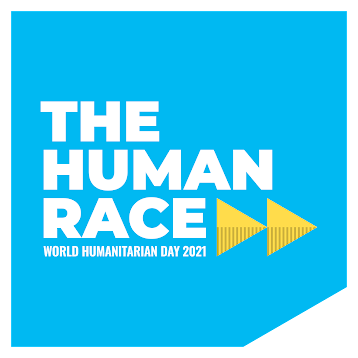 Everyone is invited to join #TheHumanRace, which is the global challenge for climate action in solidarity with people who need it the most; and to put the needs of climate-vulnerable people front and centre at the UN climate summit (COP26).

With most climate campaigns focused on slowing climate change and securing the planet’s future, World Humanitarian Day 2021, will highlight the immediate consequences of the climate emergency for the world’s people and ensure that our voices are heard, and our needs top the agenda at the UN Climate Change Conference (COP26) in November. 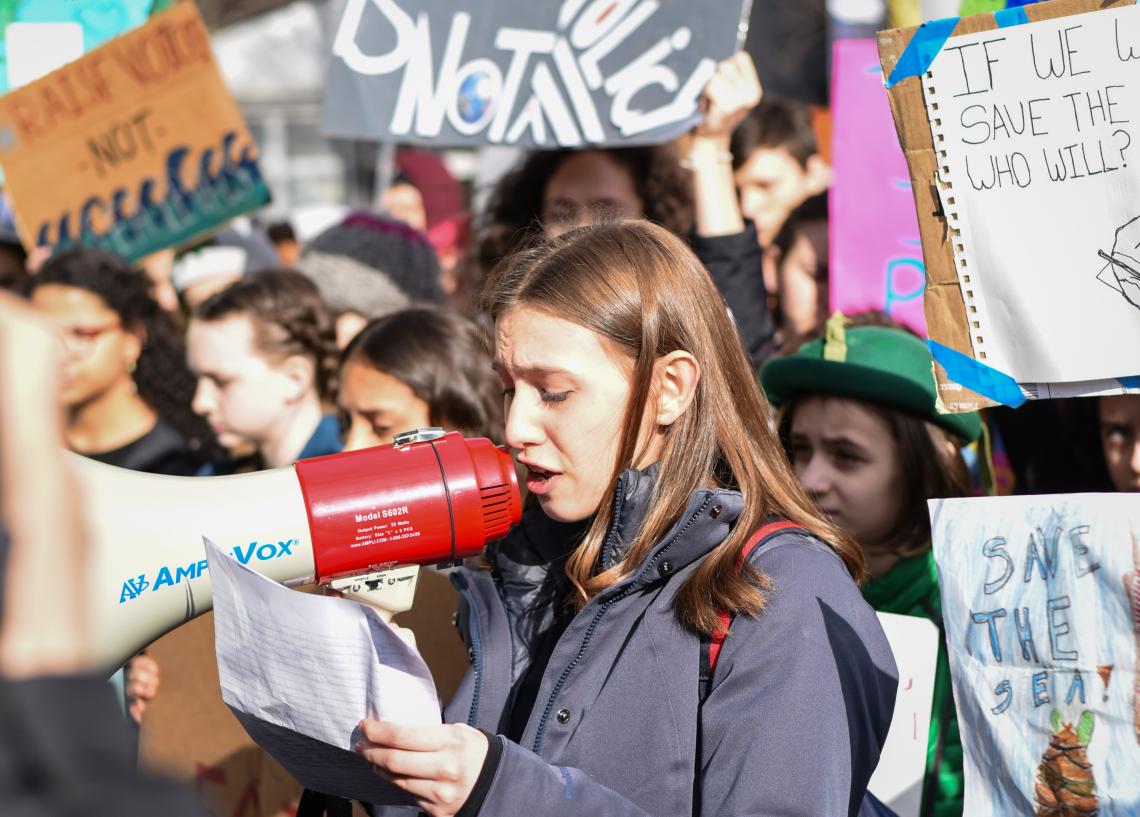 credits: UNICEF/UN0302772
"We are the last generation that can end climate change. We can and we will."
Youth For Climate Action, UNICEF

Far from being passive victims, young people all over the world have begun to fight back on a scale never seen before. Take Greta Thunberg. In 2018, the 15-year-old from Sweden sparked a global movement of school-age students demanding greater action from governments to fight climate change. Now millions are marching to demonstrate their support.

Whether through education, technology, science or law, young people as Portuguese young environmentalists did, far and wide are tapping into their skills to speak up for climate action.

It's urgent to include Climate Action into school and college curricula to alert students about all these catastrophes to earth and to their and our lives.
Make question to young, listen their voices and ideas, discuss what it's going on around the world and why so much catastrophes are happening. 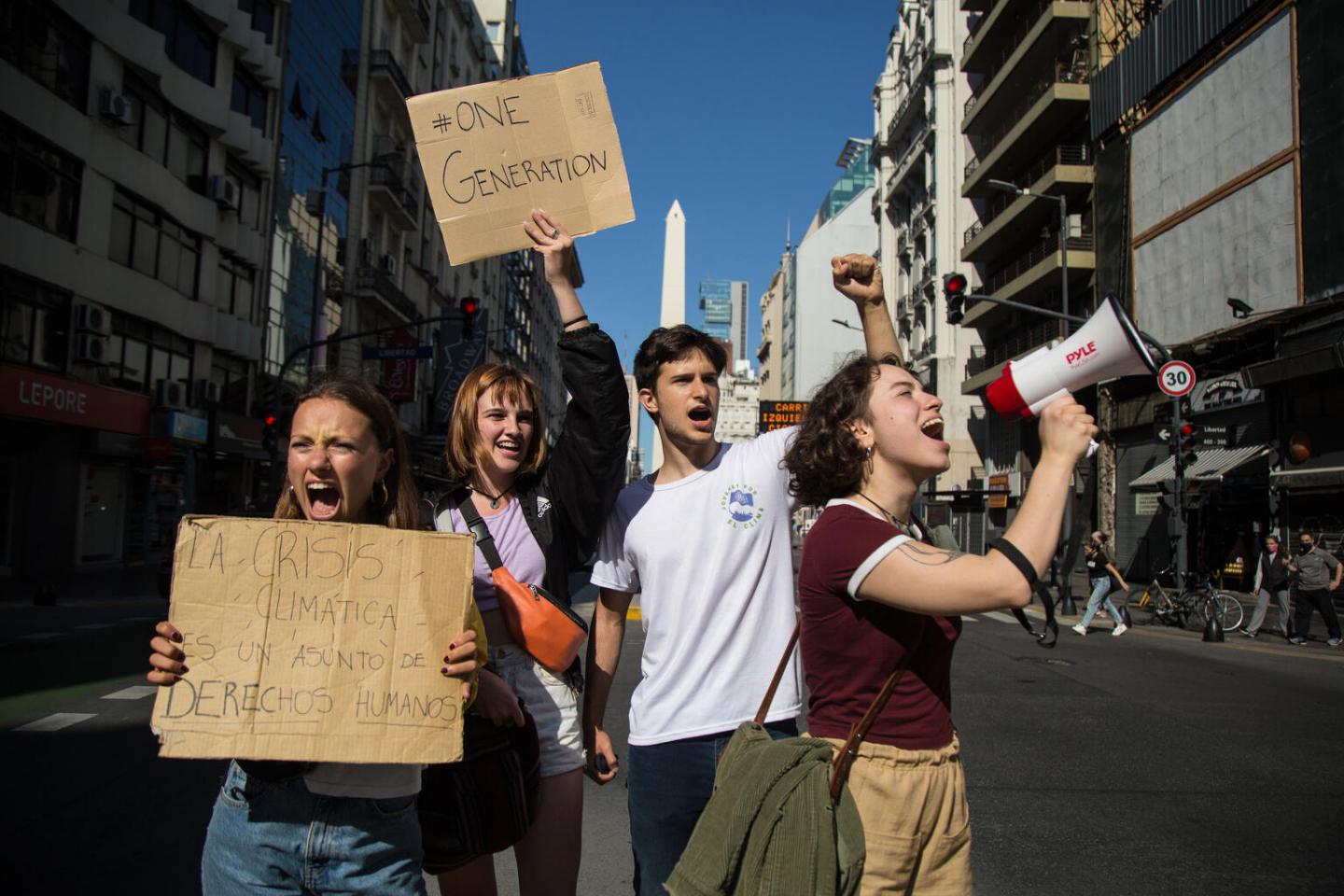 credits: UNICEF/UN0364343/Gil
You might think that we are too young to know about the risks and realities of climate change. But we see its effects in our daily lives.
Gertrude, 16, Tanzania
They have conscious ideas about this tragedy. They are "wired" all day. They saw, read, discuss and want to be a part of Act Now generation.

We have an environmentalist generation among our students. They are involved in campaigns, they fight bad behaviors against Earth planet.

Join the #HumanRace
https://www.strava.com/
Join the #HumanRace
100 minutes, $100 billion
for climate action.
Run, ride, swim, walk or do any activity of your choice for a cumulative 100 minutes between August 16 and August 31 in solidarity with vulnerable people and to tell world leaders that they expect developed countries to deliver on their decade-old pledge of $100 billion annually for climate mitigation and adaptation in developing countries. If you don’t wish to take part physically, you can Add Your Voice.
Every minute of activity counts towards carrying our message to world leaders at COP26.
Don’t have Strava? It’s free, available on iPhone and Android, and can be used by itself or with all major fitness-tracking devices.
Because in the race against the climate crisis, we can't leave anyone behind.
“The climate emergency is a race we are losing, but it is a race we can win.”
António Guterres, United Nations Secretary General
Take care! Be safe! Ware a mask!
G-Souto
19.08.2021
Copyright © 2021G-Souto'sBlog, gsouto-digitalteacher.blogspot.com®

June in Review & Youth Day : Celebrating the potential of youth as active partners in the global society !

International Youth Day 2021
credits: UN
https://www.un.org/
"Young people are on the frontlines of the struggle to build a better future for all. The COVID-19 pandemic has highlighted the dire need for the kind of transformational change they seek – and young people must be full partners in that effort."
António Guterres, UN Secretary-General
International Youth Day is celebrated annually on 12 August to bring youth issues to the attention of the international community and to celebrate the potential of youth as active partners in the global society.
Theme 2021:
The theme, “Transforming Food Systems: Youth Innovation for Human and Planetary Health”, aims to highlight that the success of such a global effort will not be achieved without the meaningful participation of young people.
"This year’s International Youth Day highlights solutions developed by young innovators to address challenges to our food systems. They are tackling inequities in food security, biodiversity loss, threats to our environment and much more."

credits: UN
https://www.un.org/
During the 2021 ECOSOC Youth Forum (EYF), the issues and priorities highlighted by young participants included the impact of the COVID-19 pandemic, particularly related to its effect on human health, the environment, and food systems.
As part of the official outcome recommendations of the EYF, young participants stressed the importance of working towards more equitable food systems.
There is also the risk of zoonotic diseases that can result from unsustainable farming practices and the climate crisis. Population health is also key in addressing food systems challenges, especially as nutrition-related chronic diseases such as obesity, diabetes, cardiovascular disease, and some forms of cancer are major contributors to the global burden of disease.

credits:  UN Women/Amanda Voisard
https://www.un.org/
Youth engagement is essential to the transformation of education into a means for inclusive youth development and sustainable development more broadly.
Through youth education, engagement, innovation and entrepreneurial solutions, this year’s International Youth Day aims to provide a platform for young people to continue the momentum from the EYF in the lead up to the high-level Food Systems Summit.
This year, International Youth Day will be virtually convened by DESA in partnership with the Food and Agriculture Organization of the United Nations and the Major Group for Children and Youth.

International Youth Day 2021
credits: UN
https://www.un.org/development/desa/youth/
Education:
Youth all over the world, be part of the celebrations by organizing your own event or activity! You can organize an event to celebrate International Youth Day in your community, school, youth club, or workplace.
Are your school or or youth group celebrating #YouthDay? Planning a special activity? UN wants to know!
Let UN know about your event by going to the link HERE to input the details in the form and UN will map it on the IYD World Map of Event.

Oops! I forgot to write about the posts of June. Let's do it ! The world continues to be affected by severe pandemic restrictions. So difficult to all of us. Never ending pandemic.

My usual readers know I publish in English, Francês and Português.

Here are the most popular posts of June:

Schools : June in Review & Youth Day : Celebrating the potential of youth as active partners in the global society by GinaSouto is licensed under a Creative Commons Attribution-NonCommercial-NoDerivatives 4.0 International License.
Posted by G-Souto at 2:33 PM No comments: