Today is the "Worldwide Social Media Day". Portugal is one of the countries that join this initiative.

The aim is to have a global comprehensive conclusion of the revolution that has transformed the Media into a social environment.

The initiative joins the super social media blog Mashable. More than 340 meetups in the world in about 90 countries will take place.

You can keep up with the celebration on Twitter by tracking by following @mashSMday or #smday.

In Porto (Portugal) the meeting will take place today at UPTEC. The Portuguese event will be cover in real-time  via Internet from 6:30PM (Portuguese time) on this website
You can also keep up with the Porto's meetup on Twitter by following @Web_Mkt_Tuga
There will be some interesting speakers that will discuss the phenomenon of social networks in Portugal.
G-Souto

Michael Jackson : a video game to dance in school ? Yes ! 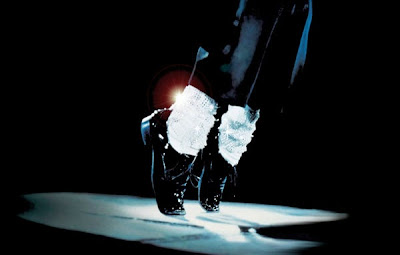 Michael Jackson
credits: Michael Jackson ( official website)
https://www.michaeljackson.com/
With the first anniversary of the dead of Michael Jackson, gamers and fans will have a new opportunity to learn the moonwalk, dancing and singing with The King of Pop.

Ubisoft® announced June 14, 2010, at the E3 Expo 2010, in Los Angeles, the development of an interactive performance-based video game, inspired by the legendary King of Pop, Michael Jackson.

The game is family entertainment and a school digital resource at its best and will provide an interactive experience that enables players/students to step into the shoes of Michael Jackson himself and re-live his most iconic performances through their own singing and dancing style. 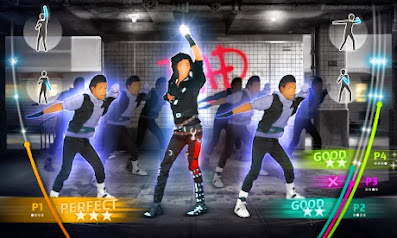 The upcoming game will include the most famous tracks from Michael Jackson's extensive catalogue such as Beat It and Billie Jean, as well as an array of his awe-inspiring dance moves for players to learn and emulate within the game.

Additionally, fans will be able to sing along and test their vocal skills while immersed in the performance.

"We're delighted to have the opportunity to develop a game based on the songs and moves of one of the world's most incredible performers of all time," said Yves Guillemot, chief executive officer at Ubisoft.
"We expect the game to bring Michael Jackson fans, families and friends together with the energetic song and dance of The King of Pop."
Why not students?! 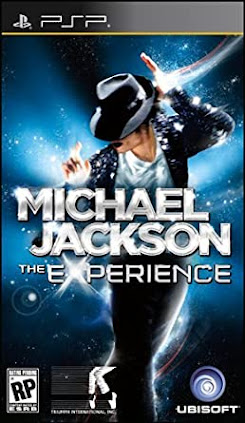 A video game! Wonderful digital resource to include into Music curriculum! Students will have fun and can fight some obesity.

Children and young people can become obese if they regularly don't practice some exercise. And dance is a very good exercise, even in school. They will love! 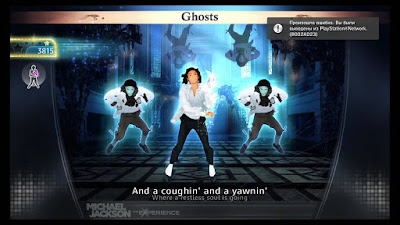 I write often about the benefits of dancing in school. Physically and emotionally. Dance is a good therapy for young people and school curricula will be an good moment.

A fantastic and enjoyable therapy! Did you saw ' How these kids had fun? Dance !

Michael Jackson : a video game to dance in school ? Yes ! by G-Souto is licensed under a Creative Commons Attribution-NonCommercial-ShareAlike 3.0 Unported License. 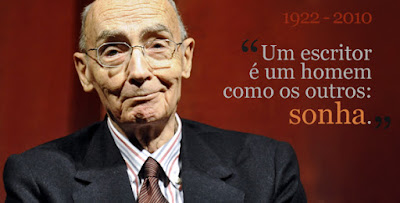 José Saramago, the Portuguese writer who won the Nobel Prize in Literature on the 26 November 1998. He died on June 18, 2010, at the age of 87. His ashes are in Lisbon under a 'oliveira' (olive tree)as his wishes near Foundation José Saramago.

The Nobel Prize in Literature 1998 was awarded to José Saramago:

"who with parables sustained by imagination, compassion and irony continually enables us once again to apprehend an elusory reality" 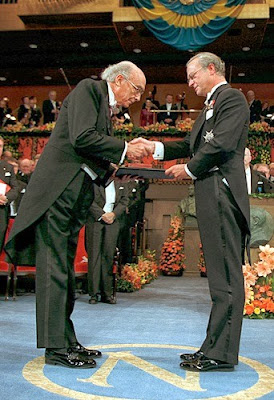 He lived in Spain and Portugal with his Spanish wife. After Saramago death, Pilar del Río, came to Portugal as the new director of Fundação José Saramago.

The fondation will continue to promote and preserve the study of Saramago incredible literary work, correspondence and other works of the Portuguese Nobel Prize in Literature.


Born to hard-scrabble origins, Saramago dropped out of school at 12 and worked as a car mechanic. After different jobs, he began a self-taught  full-time writer in his late 50s. 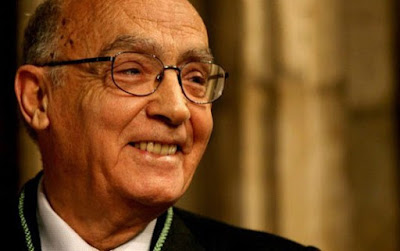 Aged 87, Saramago was writing a blog Outros Cadernos de Saramago. He has a million followers on Facebook.

His message in this document is about the power of literacy! 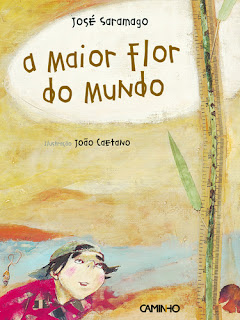 Among his enormous work, Jose Saramago, the Portuguese Nobel Prize in Literature, wrote only a children's book A Maior Flor do Mundo (2001).

The video is an animated version (2007) of his children's book. It's narrated and featured by José Saramago himself. There is a Spanish version too.

The animated movie won the best prize at "Animation at Anchorage Internacional Film Festival. He also has been nominated for the Goya 2008 as short film. 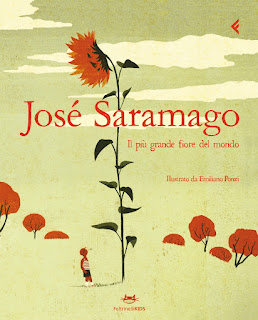 And so different countries as Bangladesh, Korea, Turkey. Teachers can find here. 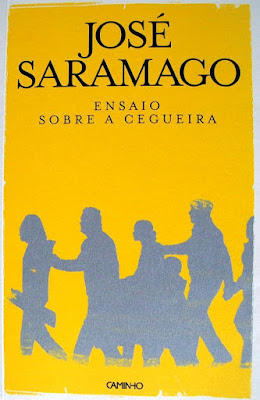 "A magnificent parable of loss and disorientation and a vivid evocation of the horrors of the twentieth century, Blindness has swept the reading public with its powerful portrayal of man’s worst appetites and weaknesses-and man’s ultimately exhilarating spirit. The stunningly powerful novel of man’s will to survive against all odds." 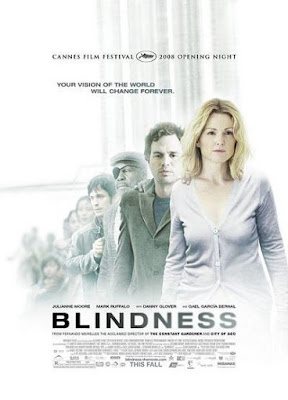 This novel Ensaio sobre a Cegueira/ Blindness was adapted to the cinema by Brazilian director Fernando Meirelles (2008). The film Blindness has been in competition at the Festival de Cannes 2008.


"He writes a prose of particularly luminous intensity, brilliantly rendered into English by his regular translator Giovanni Pontiero…Sweepingly ambitious."
The Times 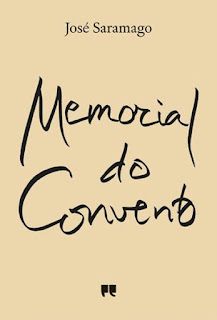 Primary and K 12 schools: A Maior Flor do Mundo.

"In early 18th-century Lisbon, Baltasar, a soldier who has lost his left hand in battle, falls in love with Blimunda, a young girl with visionary powers. From the day he follows her home from the auto-da-fé where her mother is burned at the stake, the two are bound body and soul by a love of unassailable strength. A third party shares their supper that evening: Padre Bartolomeu Lourenço, whose fantasy is to invent a flying machine. As the Crown and the Church clash, they pursue his impossible, not to mention heretical, dream of flight." 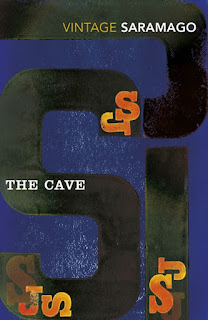 "What distinguishes the book is the concern Saramago breathes over his characters; like potter's clay, they are patiently moulded into their best shape, retaining soft marks of memory" 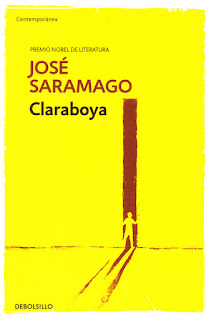 And of course so many more! Make your choice and invite your students to participation. 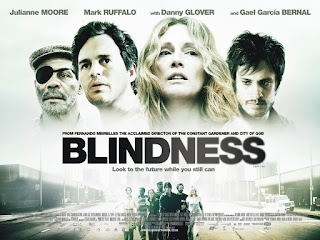 There so many interesting books that teachers an students can read  students. Make a choice by inviting your students.

As a motivation, you can display the video of the film Blindness based on Saramago novel Ensaio sobre a Cegueira/ Blindness in Literature lessons.

But if you are studying Fernando Pessoa, must no miss O Ano da Morte de Ricardo Reis 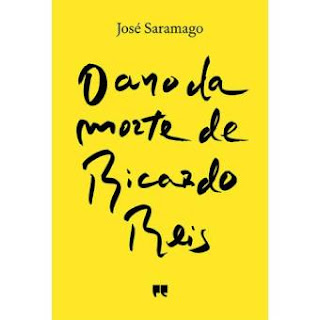 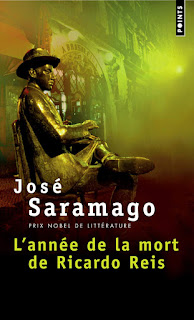 Schools : José Saramago, the Portuguese Nobel Prize in Literature by G-Souto is licensed under a Creative Commons Attribution-NonCommercial-ShareAlike 3.0 Unported License.