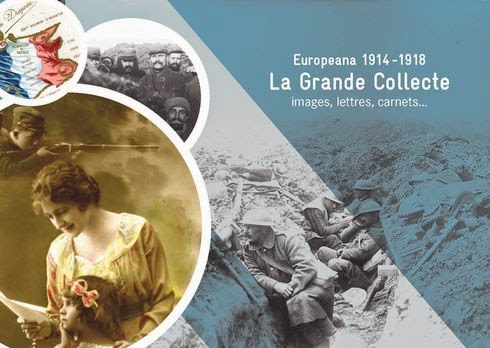 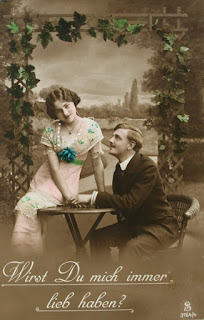 Concours d'essais étudiants européens : Guerre 14-18 by G-Souto is licensed under a Creative Commons Attribution-NonCommercial-NoDerivatives 4.0 International License.
Posted by G-Souto at 4:15 PM No comments: 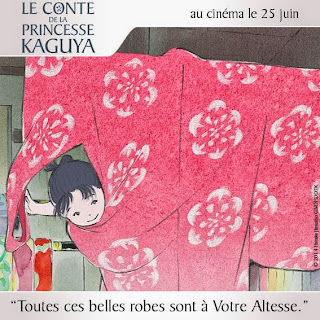 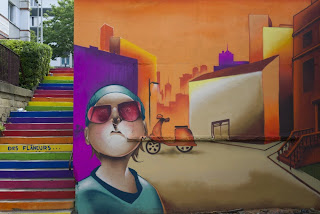 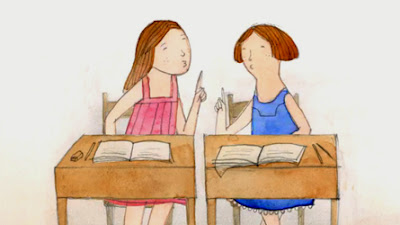 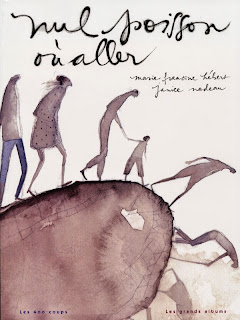 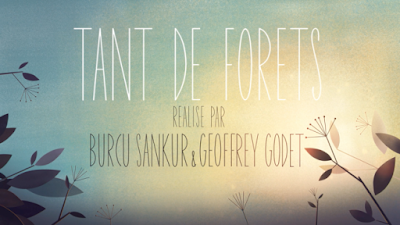 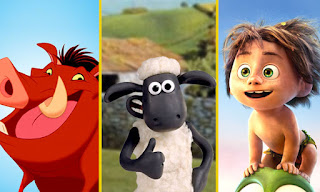 Education : On parle films d'animation en français by G-Souto is licensed under a Creative Commons Attribution-NonCommercial-NoDerivatives 4.0 International License.
Posted by G-Souto at 4:55 PM No comments: 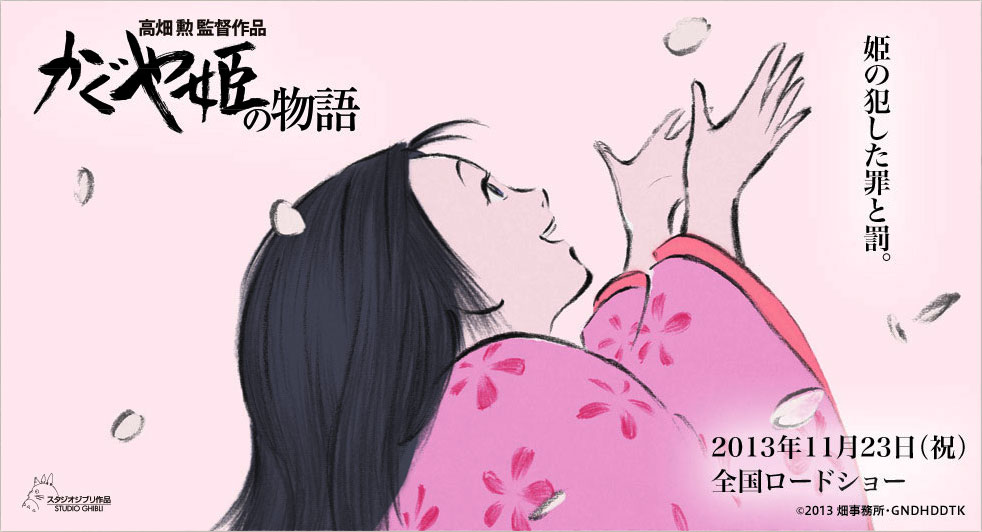 
The Tale of Princess Kaguya, from Isao Takahata, Miyazaki’s fellow co-founder of beloved Japanese animation house Studio Ghibli, is an eerie and plaintive folk tale, alive with sadness and drawn with an ecstatic freeness that recalls the animated adaptations of Raymond Briggs – The Snowman, Father Christmas, When the Wind Blows – far more than any other Ghibli film.

"There are no heroes or villains in the work of Studio Ghibli – just magic, everyday wonder, and love."

Eight years in the making, the film is the untold story of The Princess Kaguya, the heroine of the ancient Japanese folktale, 'The Tale of the Bamboo Cutter'. 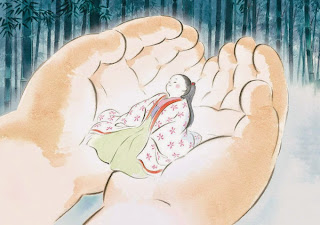 The Tale of Princess Kaguya was screened during the 2014 Directors' Fortnight at the Cannes International Film Festival.

It is a visionary tour de force, morphing from a childlike gambol into a sophisticated allegory on the folly of materialism and the evanescence of beauty.

The Tale of The Princess Kaguya isn't a short movie but it can be introduced in the curriculum using the same pedagocal strategies I proposed above.

If you are a Japanese teacher, you can read the book in the classroom in Japanese, the mother language of your students. Otherwise, you can search for a translation. Make a research to find one.  However, I can name two

The story is very specific to Japanese culture, with the consensus believing the film might not appeal as well overseas. But it will be in North America and perhaps in UK ? 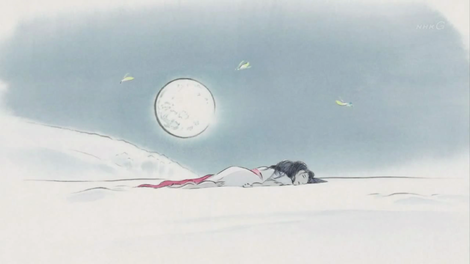 
An old man makes a living by selling bamboo. One day, he finds a princess in a bamboo. The princess is only the size of a finger. Her name is Kaguya. When Kaguya grows up, 5 men from prestigious families propose to her. Kaguya asks the men to find memorable marriage gifts for her, but the 5 men are unable to find what Kaguya wants. Then, the Emperor of Japan proposes to her.

The plot is based on a 10th-century Japanese legend about a poor woodcutter who finds, in the forest one morning, a tiny, doll-like girl sprouting from a bamboo shoot. He brings her home, clasped in his hands, and suddenly she puffs out and pinkens: then, with a satisfying pop, she transforms into a human baby. 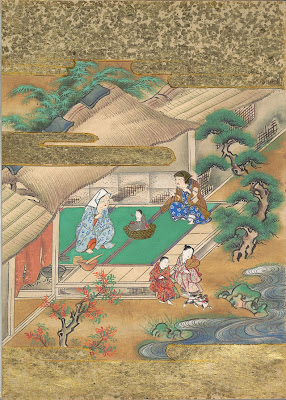 The Tale of the Bamboo Cutter (竹取物語 Taketori Monogatari?), also known as Princess Kaguya (かぐや姫 Kaguya Hime?, 赫映姫 or 輝夜姫), is a 10th-century Japanese folktale. It is considered the oldest extant Japanese narrative and an early example of proto-science fiction.

Based on this famous Japanese folklore story, the film begins in the countryside at some time in the past, as a bamboo cutter discovers one magical glowing stalk, which splits open to reveal a tiny creature. He takes it home to his wife, at which point it turns into a human, or at least human-looking baby. Immediately nicknamed 'Princess' by the childless couple, and later officially christened Kaguya, which translates as 'Shining Light,' it begins growing at a remarkably fastrate, and soon grows into a beautiful young woman.

The Boy and the World
http://pmcvariety.files.wordpress.com/

"It takes three things to make an animated film: world, character and story."

Sometimes, I present to my usual readers some ideas about animated movies in the classroom. Prince of Persia, Alice in Wonderland, Les Aventures de Tintin, Mon Premier Festval : parents et enseignants, Frankenweenie, Debating animated videos in elementary grade, 25 Years of Pixar in Education, are some of my publications on this blog.

Excellent resources to motivate and inspire your students and breathe new life into your curriculum!

Today, I will write about three captivating  animated movies. I can already envision so many ways to use these movies to teach:

To reinforce some skills: reading, writing, drawing, composing, reinforcing or introducing the skill of inference.

Brazilian musician-turned-director Ale Abreu’s The Boy and the World won the crystal award for best film and the audience nod. 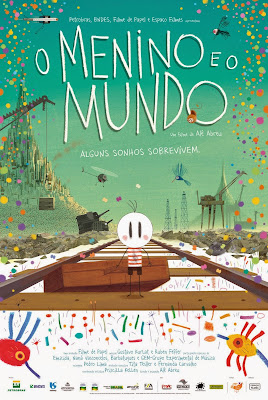 The win of The Boy and the World underscores the building strength of Brazilian animation which delivered last year’s “Rio 2096,” winner of Annecy’s top prize.

Visually a stunning film with a narrative that does not uses dialogue. A portrait of the problems of the modern world (and families) seen through the eyes of a child. 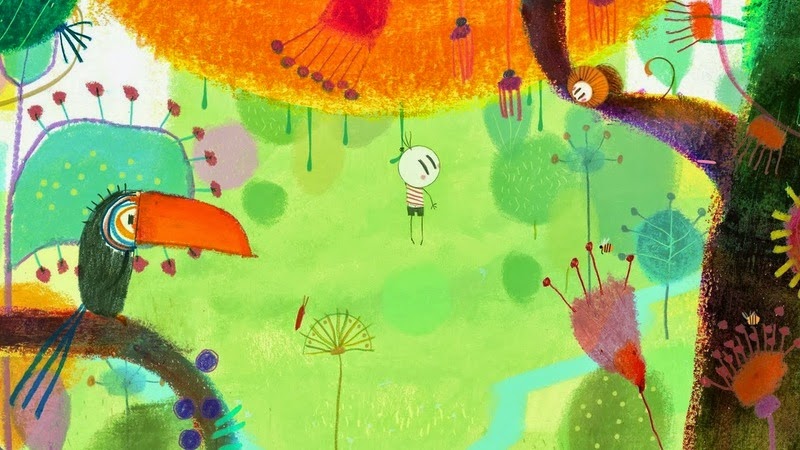 
Synopsis:
Suffering from the lack of the father, a boy leaves his village and discovers a fantastic world dominated by machines, animals and strange beings. An unsual animation with many artistic thecniques that portrait the issues of the modern world through the eyes of a child. 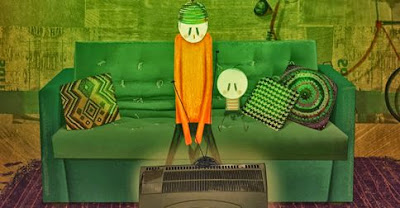 Described by Variety‘s Dennis Harvey as a “simple, universal parable played out in boldly imaginative design terms,” Abreu’s dialogue-free film follows the journey of a young boy who leaves his village to search for his father across a big city where he discovers a world dominated by animal-machines.

The Boy and the World/ O Menino e o Mundo is nominated Best Animated Film to the Oscars 2016 next February. 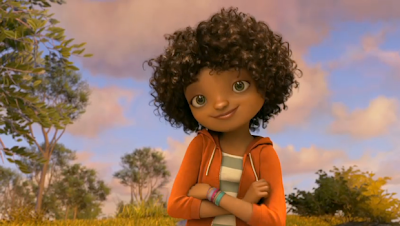 Home is not a short movie. Home is DreamWorks animation, the trailer is released and it it will come to 2D and IMAX 3D theaters later.


Voiced by Jim Parsons, Rihanna, Jennifer Lopez and Steve Martin, is based on the critically-acclaimed book The True Meaning of Smekday, by Adam Rex. 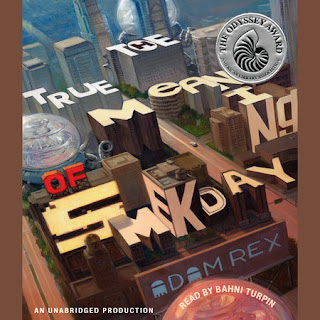 When the galaxy's most annoyingly optimistic alien finds himself on the run from his own alien race, he's forced to team up with a fiercely stubborn teenage girl. Together they become the most unlikely fugitives ever to save the planet.

It all starts with a school essay. When twelve-year-old Gratuity ("Tip") Tucci is assigned to write five pages on "The True Meaning of Smekday" for the National Time Capsule contest, she's not sure where to begin. When her mom started telling everyone about the messages aliens were sending through a mole on the back of her neck?

DreamWorks premiered online an exclusive new short Almost Home on Buzzfeed on March 10, 2014, to promote their next original feature, Home, which will debut on November 26, 2014  which features the voice of Steve Martin, who also stars in the full-length feature film, along with Rihanna, Parsons, and Jennifer Lopez.

In Home, Steve Martin is the voice of Captain Smek, the pompous leader of the alien race known as the Boov, while Jim Parsons voices Oh, a Boov outcast who tries to help the teenage Tip (Rihanna) foil Smek’s plans for humanity.

The short, which has also been playing in front of the theatrical release of Mr. Peabody & Sherman, is directed by Todd Wilderman. 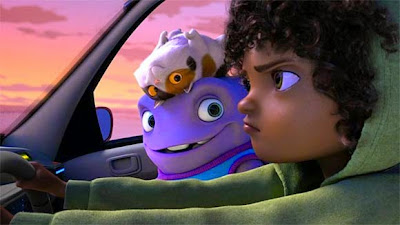 An interesting proposition to your students, don't you think? A book and an animated video.

You can begin by reading the book just before the animation releasing. Until there, introduce the trailer to your students as a motivation to the book reading.

The students watch the video and then respond with how they felt, what they liked about it, etc. Then several students share with the class.

They will be excited to know that Rhiana (the youngest) Jennifer Lopez and Steve Martin, Coldplay (the oldest) feature in the movie.

Perhaps a good activity for the next school season in August or September (it will depend from the country).

Animated movies can be include into school curriculum to teach reading strategies for example. Animated movies are totally and completely amazing! What a great way to get (and keep) the attention of our students.

Animated videos, short or not, can offer teachers and students a nice motivating push to have a different lesson!

Displaying movies in a face-to-face lesson is an important resource for teachers and students.


Students will create better storytelling, including good plots, characters and narrative points of view, the crucial elements of the Narrative text.


Activities: Applied to the level(s) you are teaching. You're the master in your class.

These are just some ideas on how you can change your lessons using animated movies. Hope you will enjoy !

Exploring Animated Movies in Education by G-Souto is licensed under a Creative Commons Attribution-NonCommercial-NoDerivatives 4.0 International License.