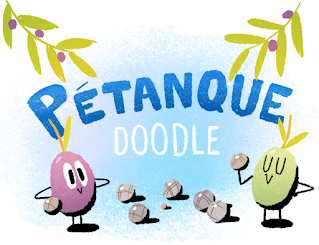 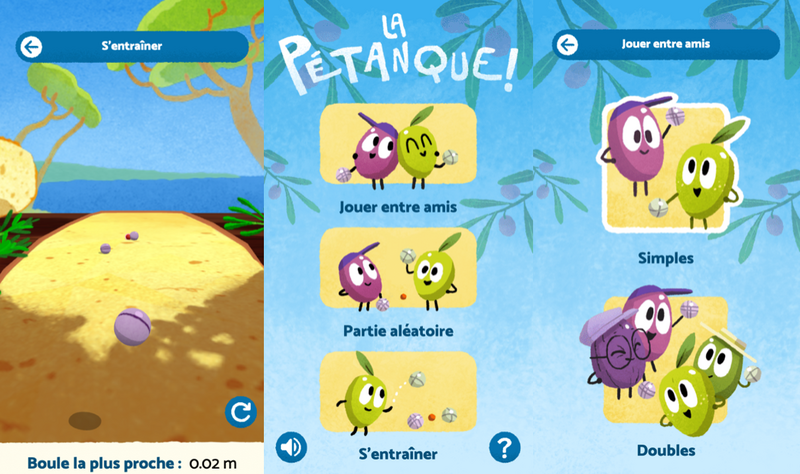 Celebrating Pétanque
https://www.google.com/doodles/
The Google Doodle of today and tomorrow, 31 July - 1st August is an interactive game celebrating la Pétanque, an older and traditional game played in Provence, France.
The modern game of Pétanque originated in 1907 in Provence, France when a local café owner adjusted the rules to accommodate a player whose rheumatism prevented him from running. With a reduced length of the field and a stationary toss, Pétanque spread quickly across the country.

Celebrating Pétanque
https://www.google.com/doodles/
The rules of the game are fairly simple: throw, toss, or roll your team’s metal boules closer to the target boule than the other team. Over a series of rounds, the first player or team to score thirteen points wins!
The goal might sound simple, but players can use a number of tactics to gain an advantage over their opponent. “Shooting” is a popular strategy, often used at competitive levels, where players attempt to knock away an opponent's boule from the target.
Click the Doodle and get the boules rolling! Play a random match or challenge your friends!

Sorrow : "That I shall go with you a way ! " To Robb Elementary School

It's Summer time! Don't forget to play la Pétangue in your your garden or in a park of the city you live. Remember, the Doodle game will be displayed until tomorrow, August 1st.
Or invite your online friends to play! It's funny! hat's wonderful! Tomorrow they will know the winners! Pay attention! 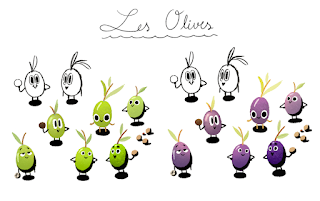 Celebrating Pétanque
https://www.google.com/doodles/
16 illustrations of individual personified black and white, purple and green olives. Each olive wears a different expression and some hold Pétanque boules. The words “Les Olives” caption the drawings.
The teams are made up of two varieties of olives, and the pitch is good old-fashioned toast.
Wherever you are, on holiday summer, I hope that you're having a wonderful and safe time.
I'll be back posting the normal roundup next week.
G-Souto

Education : May in Review & Doodle Game : Celebrating la Pétanque ! by GinaSouto is licensed under a Creative Commons Attribution-NonCommercial-NoDerivatives 4.0 International License.
Posted by G-Souto at 6:48 PM No comments: 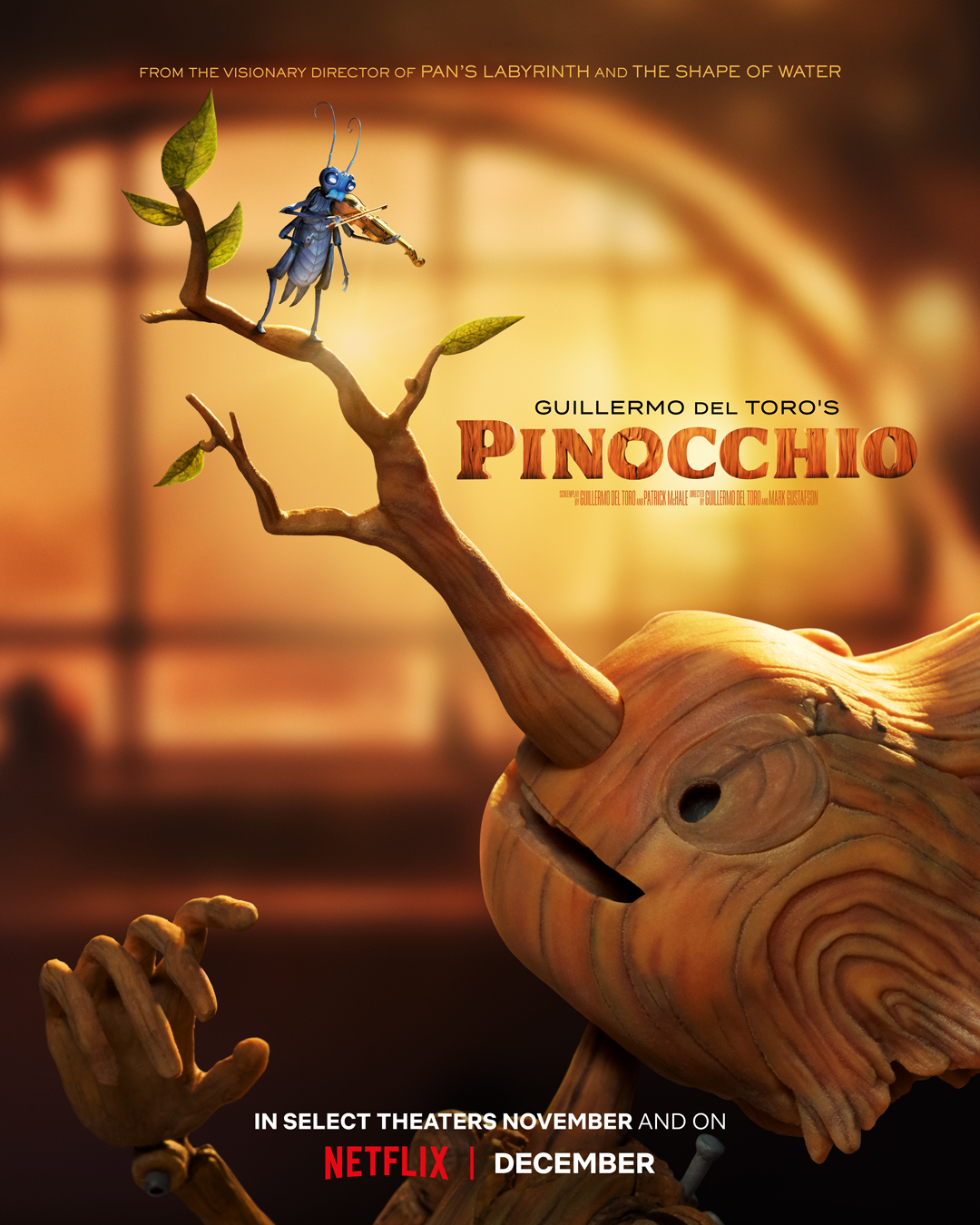 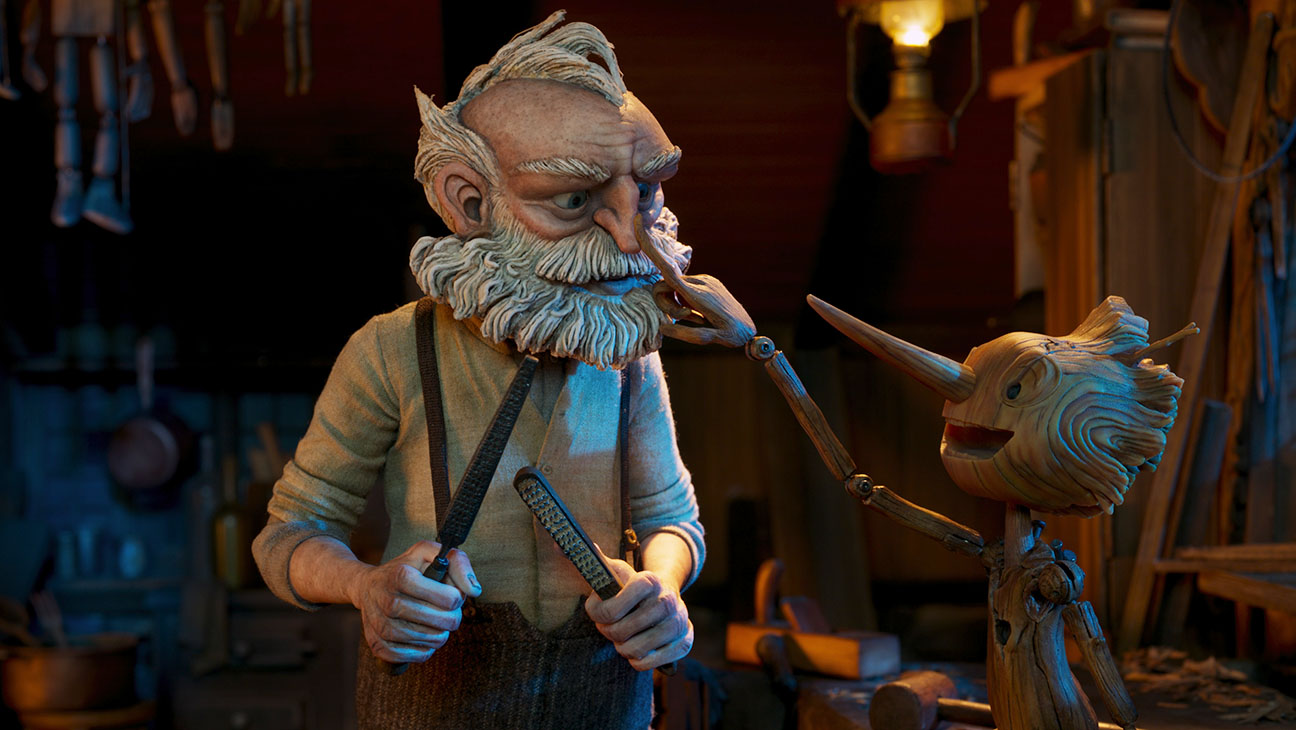 Guillermo del Toro's Pinocchio - (L-R) Gepetto (voiced by David Bradley) and Pinocchio (voiced by Gregory Mann)
credits: Courtesy of Netflix
A passion project for Guillermo Del Toro that he has been developing for almost a decade to the point that he once cancelled it because no studio wanna fund the Pinocchio movie he wanted but thank goodness Netflix picked it up. This looks amazing!
Guillermo del Toro reimagining the classic 1883 novel The Adventures of Pinocchio by Carlo Collodi, which follows a wooden marionette created by grieving woodcarver Geppetto

Guillermo del Toro's Pinocchio, or simply Pinocchio, is an upcoming stop-motion animated musical fantasy film directed by Guillermo del Toro and Mark Gustafson, based on Gris Grimly's design from his 2002 edition of the 1883 Italian novel The Adventures of Pinocchio by Carlo Collodi. It marks the animated feature film directorial debut of del Toro.

However there will be some different details. While the original story by Collodi did have talking animals, Del Toro said how he wanted to make the film more grounded, in that only Pinocchio and the talking cricket are the magical elements of the story. Characters like the fox, the cat, and even the location Pleasure Island won’t be in the film, but it does trade that out for some more relative themes on what it means to be human and being not lying to oneself, intriguing since one of Pinocchio’s most notable traits is that his nose grows when he lies. 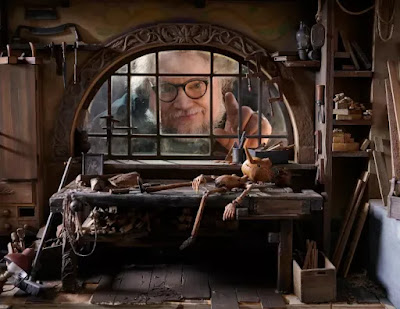 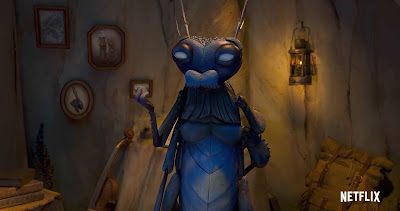 Produced by Netflix Animation, The Jim Henson Company and ShadowMachine in co-production with Pathé, El Taller del Chucho and Necropia Entertainment, Pinocchio was announced by Del Toro in 2008 and originally scheduled to be released in 2013 or 2014, but the project went into development hell.

In January 2017, McHale was announced to co-write the script, but in November 2017, the production was suspended as no studios were willing to provide financing. The production was revived the following year after being acquired by Netflix.

Guillermo del Toro's Pinocchio is scheduled to be released in select cinemas in November 2022, followed by it’s streaming release on Netflix in December 2022. 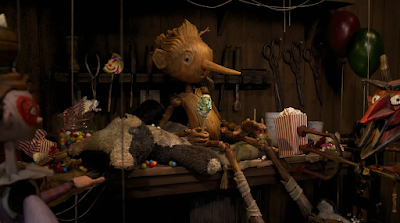 Guillermo del Toro's Pinocchio
image via Plethora Network
I know well Guillermo del Toro, a famed and visionary director and Academy Award®-winning filmmaker. The trailer showcases del Toro’s eye for scene design coupled with his attention to detail that makes stop-motion filmmaking so palpably engaging and visually appealing, someone wrote.
So, believe me I can't wait to go to some cinema near by or even watching streaming on Netflix this incredible stop-motion movie, a masterpiece based on Collodi's classical tale. The trailer promises so much!
Hoping you will not miss to include the Guillermo del Toro's Pinocchio into your lessons next back-to-school, Carlo Collodi's book and the trailer of del Toro animation as a motivation, before November (in selected theatres) or December (on Netflix) to explore the pedagogical richness of this awesome digital resource.
In November or December, teachers can include del Toro's Pinocchio into their lessons going to the theaters with their students or watching Netflix streaming in the classroom. Depending of the hour Netflix will stream Pinocchio, teachers will invite students to do it before or after school time. Then, they will develop the activities prepared.
G-Souto
27.07.2022
Copyright © 2022G-Souto'sBlog, gsouto-digitalteacher.blogspot.com® 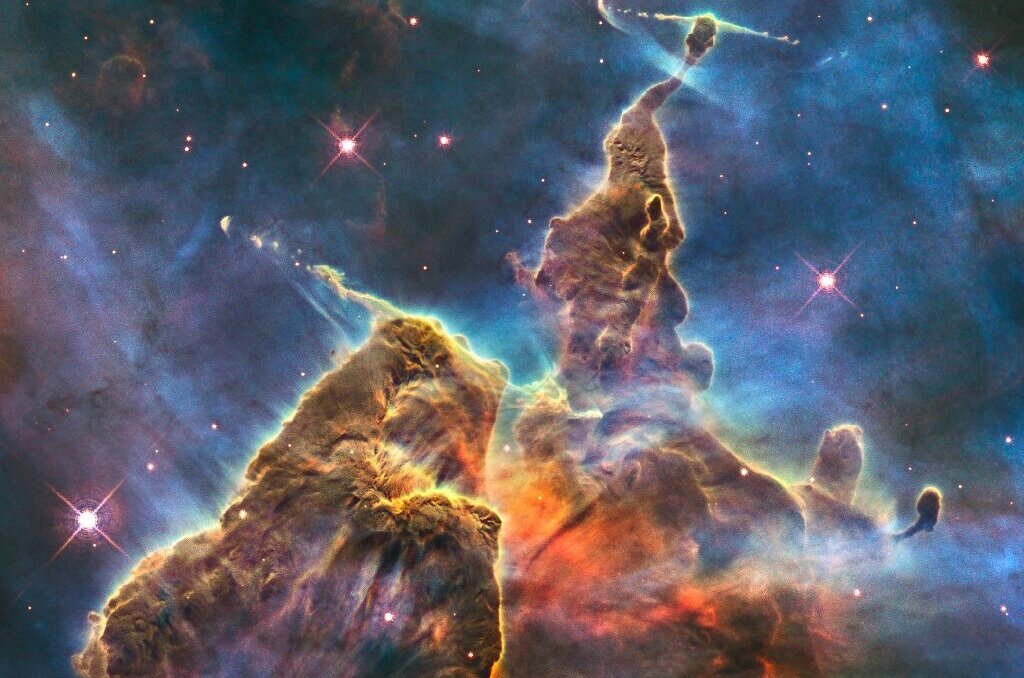 "Are we alone in the universe?" - Throughout history, humans have wondered...

Wow ! Look at this astonishing image ! A new era in astronomy has begun.  The world gets its first look at the full capabilities of the NASA/ESA/CSA James Webb Space Telescope. The telescope’s first full-colour images and spectroscopic data, uncover a spectacular collection of cosmic features that have remained elusive until now, were released on this day, 12 July 2022.

But let's know the interactive Google Doodle celebrating  these deepest photo of the universe ever taken!

Celebrating the deepest photo of the universe ever taken! 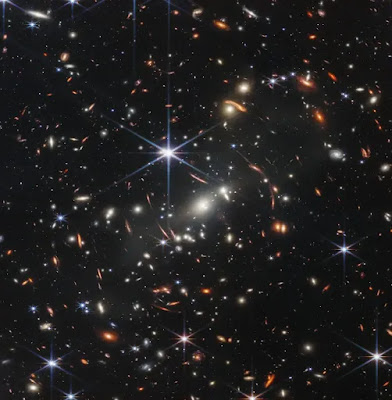 credits: NASA
https://www.nasa.gov/
It's the largest, most powerful, and most complex infrared telescope to ever be put into space, and the largest international space endeavor in history!
Today, six months since take off, NASA released Webb’s first operational images unveiling new depths and worlds. The NASA/ESA/CSA James Webb Space Telescope has delivered the deepest, sharpest infrared image of the distant Universe so far.

This image shows the galaxy cluster SMACS 0723 as it appeared 4.6 billion years ago, with many more galaxies in front of and behind the cluster. Much more about this cluster will be revealed as researchers begin digging into Webb’s data. This field was also imaged by Webb’s Mid-Infrared Instrument (MIRI), which observes mid-infrared light. 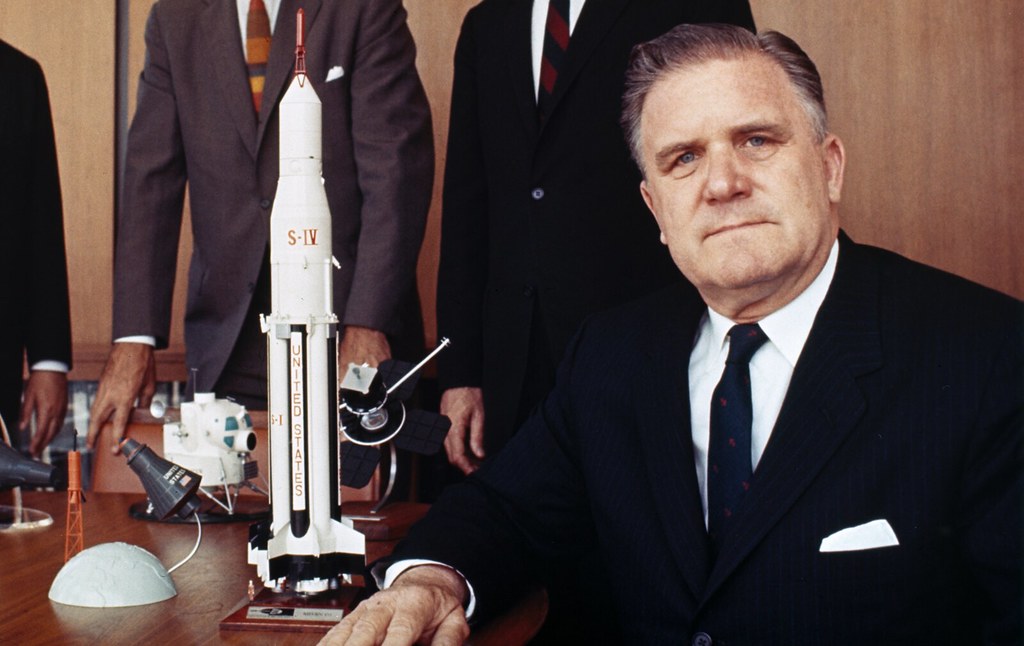 James E. Webb
credits:  George Tames, Fortune
https://www.flickr.com/
James E. Webb is the NASA’s second administrator. James E. Webb, who led the Apollo missions that landed the first humans on the moon.
James E. Webb was the second administrator of the National Aeronautics and Space Administration, formally established on October 1, 1958 under the National Aeronautics and Space Act. Webb is widely known for his effective leadership during the beginning of the American space program, and particularly for his foresite in commanding the agency to keep scientific objectives as a primary concern. Under his direction NASA undertook one of the most impressive series of projects in human history with the goal of landing an American on the Moon through the execution of Project Apollo. 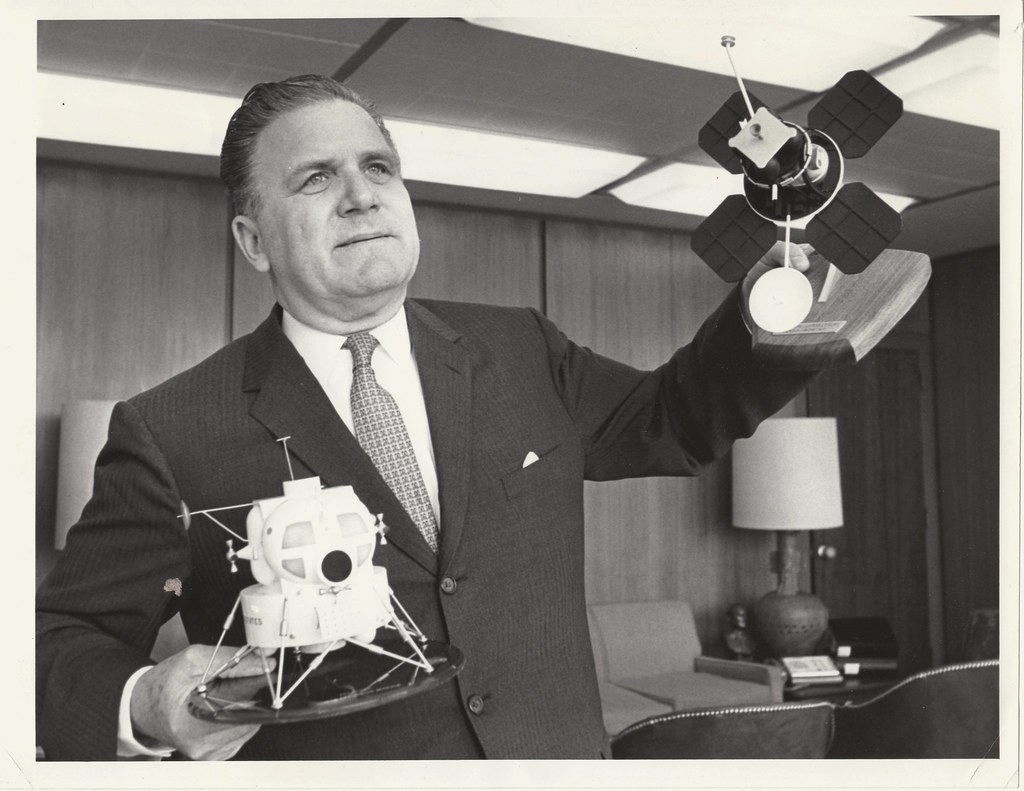 James E. Webb
credits: Mike Acs
https://www.flickr.com/
By the time Webb retired just a few months before the first moon landing in July 1969, NASA had launched more than 75 space science missions to study the stars and galaxies, our own Sun and the as-yet unknown environment of space above the Earth's atmosphere. Missions such as the Orbiting Solar Observatory and the Explorer series of astronomical satellites built the foundation for the most successful period of astronomical discovery in history, which continues today.
Many believe that James E. Webb, who ran the fledgling space agency from February 1961 to October 1968, did more for science than perhaps any other government official and that it is only fitting that the Next Generation Space Telescope would be named after him. James E. Webb telescope
https://www.jwst.nasa.gov/
The telescope was launched from the Guiana Space Center in Kourou, French Guiana on December 25, 2021 and took a month to reach its orbit at 1.5 million kilometers (940,000 miles) from Earth. The launch was made possible through the collaboration between NASA, the European Space Agency (ESA) and the Canadian Space Agency (CSA). 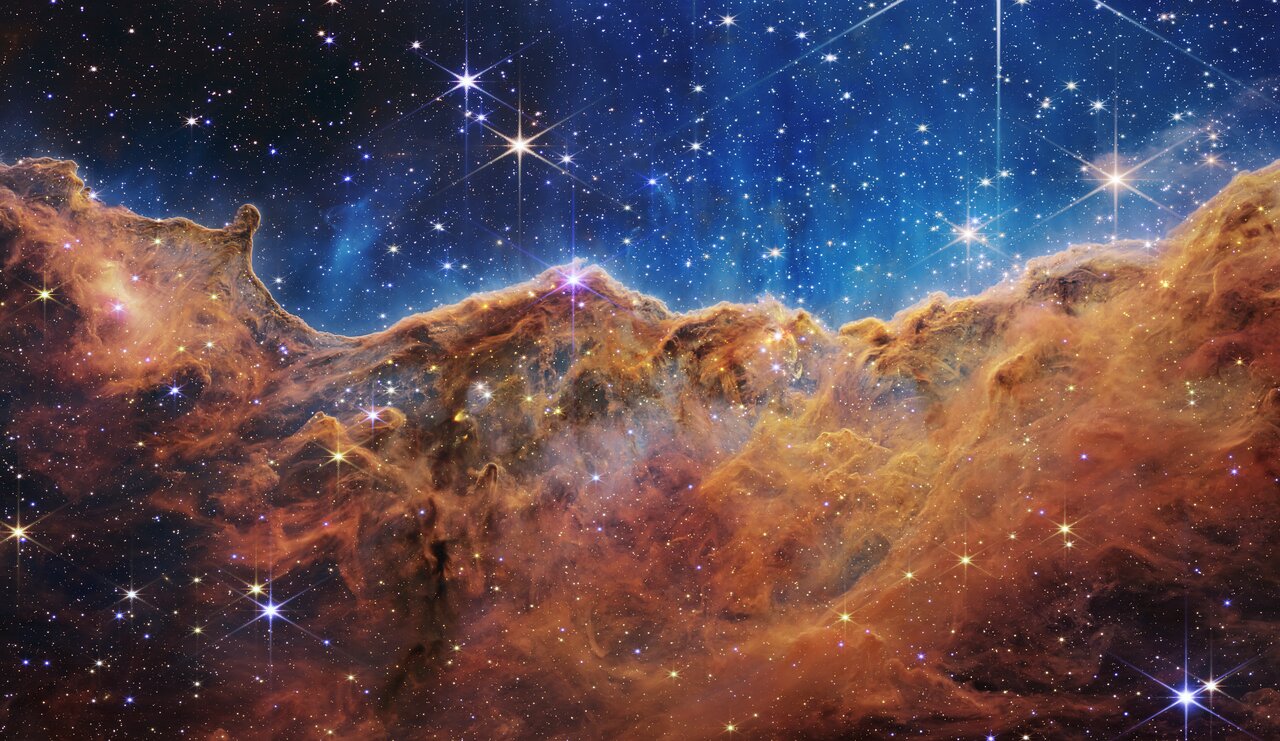 Carina Nebula
credits: NASA, ESA/Hubble and the Hubble Heritage Team
https://esawebb.org/
Webb’s NIRCam has brought distant galaxies into sharp focus – they have tiny, faint structures that have never been seen before, including star clusters and diffuse features.
Light from these galaxies took billions of years to reach us. We are looking back in time to within a billion years after the big bang when viewing the youngest galaxies in this field. The light was stretched by the expansion of the universe to infrared wavelengths that Webb was designed to observe. Researchers will soon begin to learn more about the galaxies’ masses, ages, histories, and compositions. 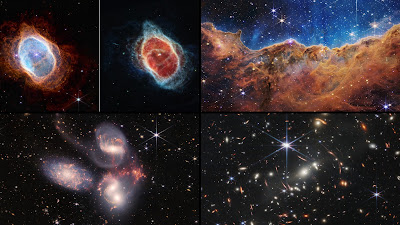 credits; NASA/ESA
https://www.facebook.com/ESAWebb/
Education:
Most of us are excited about this photo. Teachers and students will be talking about it at Sciences curriculum at school or distance learning.
"Webb’s first observations tell the story of the hidden universe through every phase of cosmic history – from neighbouring exoplanets to the most distant observable galaxies in the early universe, to everything in between." 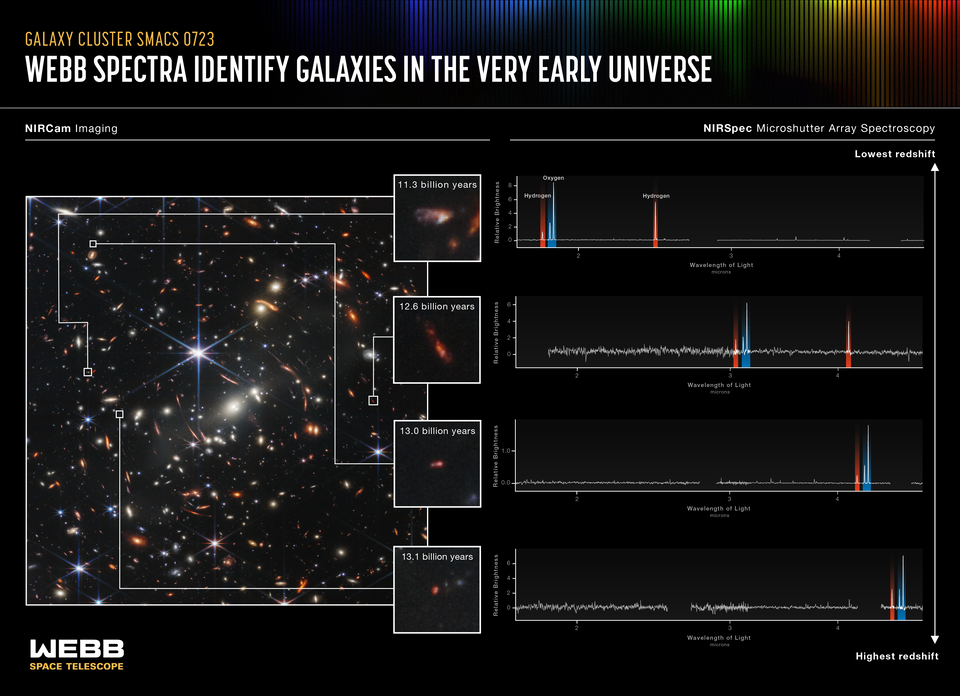 Webb spectra identify galaxies in the very early Universe
https://www.esa.int/
Thanks to images from the JWST, astronomers will now have the opportunity to study every phase of cosmic history, which spans a massive 13.5 billion years, and the mysteries beyond our galaxy.
Science lessons will be enhanced with the discussion of this incredible event! Do you want a better topic to discuss into your lesson ?
Invite students to follow NASA updates via NASA website. After a good explanation and discussion in the classroom, let your students create some interesting tweets to pull a discussion about this awesome event.
Follow their activity on Twitter to verify that they are understanding the importance of the event and promoting a good topics.
NASA Webb First Image
https://www.nasa.gov/image-feature/goddard/2022/nasa-s-webb-delivers-deepest-infrared-image-of-universe-yet
James Webb Space Telescope
https://www.jwst.nasa.gov/
Webb Space Telescope
https://webbtelescope.org/contents/media/images/2022/035/01G7DDDR3P8ZW10HD8MKXGV8MJ
ESA Science & Exploration
https://www.esa.int/Science_Exploration/Space_Science/Webb/Webb_delivers_deepest_image_of_Universe_yet
ESA Web
https://esawebb.org/news/weic2210/
ESA Webb's  First Images
https://esawebb.org/initiatives/webbs-first-images/
Some of you are on summer school out. But you must talk about this incredible Webb's photos after the holidays. Meanwhile if you are in touch some of your students by social media, tell them to watch the news on tv and reunite some elements to the back to school after Summer.
G-Souto
12.07.2022
Copyright © 2022G-Souto'sBlog, gsouto-digitalteacher.blogspot.com®