Several missions are exploring Mars since 2004. But a  rock mysteriously “appeared” a few feet in front of the six wheeled rover a few days ago. Scientists scratch heads. 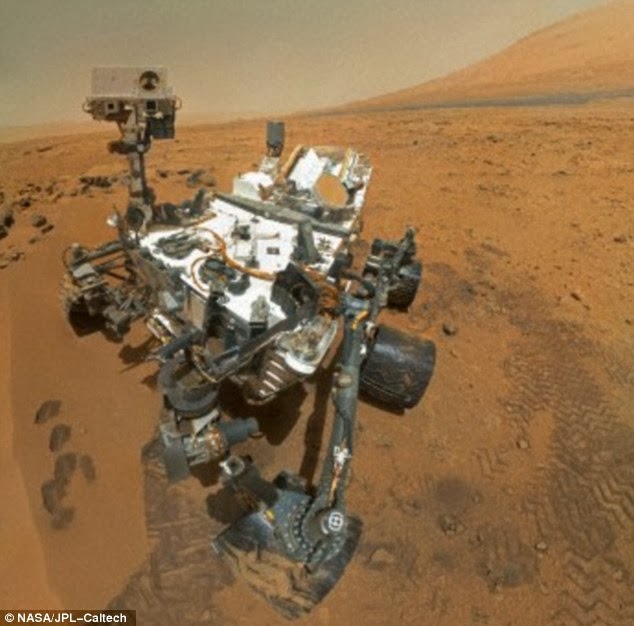 The Opportunity rover which landed on Mars in 2004, hasn't moved in over a month as it waits for better weather on the red planet.

Still, no one knows for sure how it got there. The rover’s been parked at the same spot for weeks as it waits for better weather and a higher sun to help power it along its way. Sticking around the same spot allowed for nearly identical images to be taken on widely-separated Sols. Maybe a closer study of the rock in the coming days will tell us more about how it got there. Before and now
Credits: NASA/JPL-Caltech
http://astrobob.areavoices.com/

Scientists have two theories for the moment:
The strange case of "Pinnacle Island" happens on the celebration of ten years, on 14 January 2004, Mars Express took its very first images of Mars in colour and in 3D. 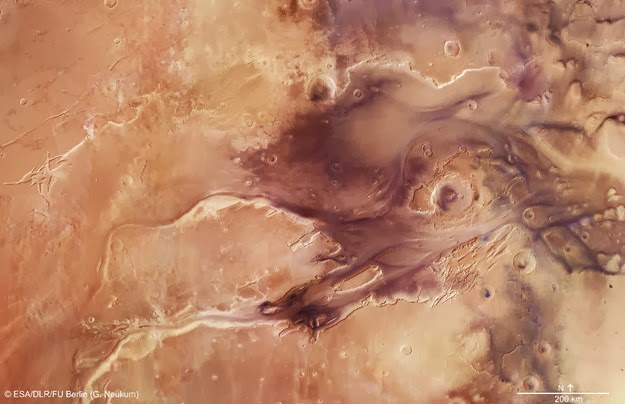 To mark the occasion, the team produced a fly-through movie of the ancient flood plain Kasei Valles. The movie is based on the 67-image mosaic released as part of the ten-years-since-launch celebrations in June 2013. Read more here

Nothing more important to awake the curiosity of students, in Sciences curriculum, don't you think? Following live the event. What excitement !

And why not? Exploring possible new theories about the rock, after a deep research reading the news and watching the videos. Students are creative !

You can also explore Inspiring the Future. ESA Education is supporting this goal by using the fascination of its unique and pioneering space programme for the benefit of the younger generation.

"To this end, ESA offers training programmes, numerous projects and hands-on activities designed to enthuse, inspire and support the education of young people in STEM disciplines (Science, Technology, Engineering and Mathematics), in order to enhance their scientific literacy and eventually help them to embark upon a STEM career, related to space in particular."

Oh! Applications open for Alpbach Summer School 2014. This year, the summer school will be held from 15 to 24 July and will focus on the theme “The geophysics of the terrestrial planets".

Applications should be submitted before 31 March, 2014.

No longer is ‘space education’ limited to teaching astronomy, space sciences and related engineering subjects. Now, both in schools and universities, it can be and it is so much more.

“Space has an underused potential in supporting formal and informal STEM education across Europe."

Education : Sciences curriculum on Marst by G-Souto is licensed under a Creative Commons Attribution-NonCommercial-ShareAlike 3.0 Unported License.
Posted by G-Souto at 4:05 PM