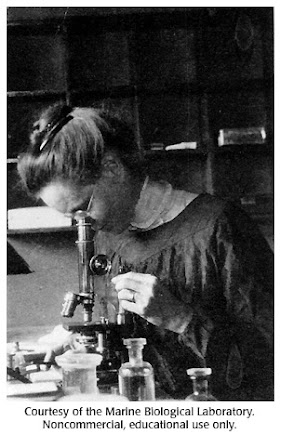 “Of the graduate students that I have had during the last twelve years I have had no one that was as capable and independent in research as Miss Stevens.”

Nettie Stevens was an American geneticist born the 7 July 1861 n Vermont and grew up in Westford, MA as a fifth generation New Englander and the daughter of a carpenter.

Nettie Stevens was one of the first American women to have her work recognized as a solid contribution to science.

On July 7 2016, Google celebrated what would have been the Stevens' 155th birthday.

This brought her name out of obscurity. Like so many female scientists, perhaps most famously Rosalind Franklin she had virtually been erased from scientific history.

Building on research by Edmund Beecher Wilson and Thomas Hunt Morgan at Bryn Mawr, Nettie Stevens discovered the connection between chromosomes and physicality. Her breakthrough evolved into the XY sex-determination system, now taught in classrooms around the world. 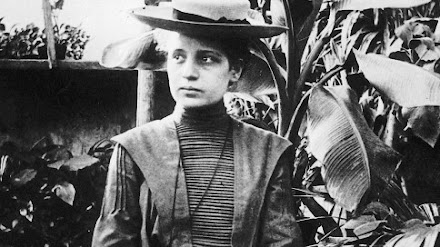 After graduating in 1880, Nettie Maria Stevens moved to Lebanon, New Hampshire to teach high school zoology, physiology, mathematics, English, and Latin. After three years, she returned to Vermont to continue her studies.

She continued her education at Westfield Normal School, now Westfield State University. She completed the four-year course in two years and graduated with the highest scores in her class. 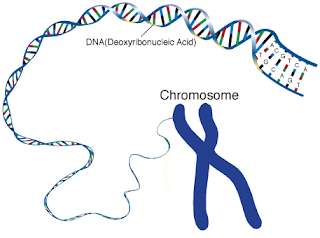 Nettie Stevens went back to school at 35 and finally, at age 39, she started working as a research scientist and was fascinated by the process of sex determination. Her studies focused on mealworms where she discovered that the females produced only X chromosomes the males had reproductive cells with both X and Y.  She concluded that sex is inherited as a chromosomal factor and that males determine the gender of the offspring. This work was published in 1905.

Unfortunately for Nettie, another researcher Edmund Wilson made a similar discovery at about the same time and received the majority of the praise by the scientific community. But Stevens is generally considered to have made the larger theoretical leap, which was ultimately proven correct. 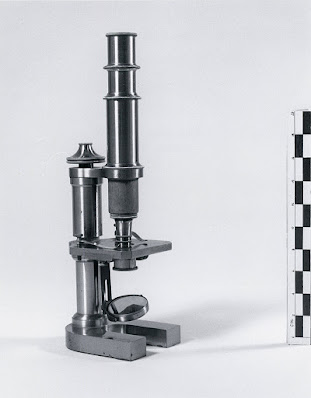 Why did she not get credit for her work? Was it the lack of a permanent position and lab of her own? Or was it a case of gender discrimination? Some argue that Wilson was given credit not due to primacy of results, but the substance of his entire body of research. While it can't correct this historical oversight, we will acknowledge the contributions of Nettie Stevens in genetic.

Though her lifespan was short, she died in 1912, Nettie Stevens was so incredibly accomplished, publishing nearly 40 papers among numerous other achievements. She truly changed the field of science and genetics with her discovery. 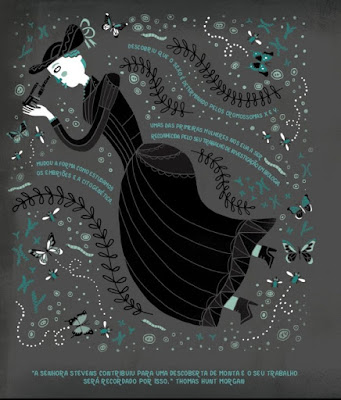 Stevens’ time in the spotlight would not arrive until after her death, when progress in science would be followed by progress in the way we recognize revolutionary women. 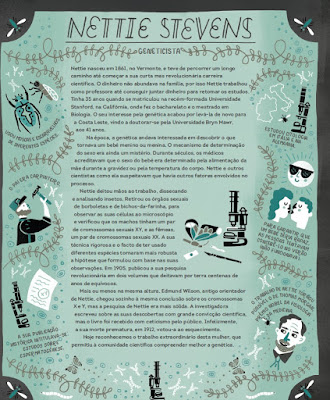 Promote Science studies for girls in school and university. Nettie Stevens is a very good example to share with your students, young girls or young women.

Encourage young girls to ponder the world and the daily ins and outs of their lives.
Rosalind Franklin, Marie Curie, Dorothy Hodgkin, Katherine Johnson and so many others, are awesome examples of revolutionary women that girls and women who choose scientific careers, stunning success is possible. 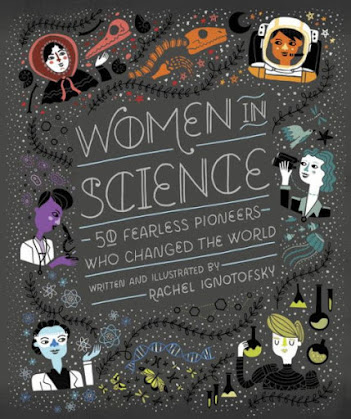 Women in Science highlights the contributions of fifty notable women to the fields of science, technology, engineering, and mathematics (STEM) from the ancient to the modern world.

celebrates the achievements of the intrepid women who have paved the way for the next generation of female engineers, biologists, mathematicians, doctors, astronauts, physicists, and more!

This fascinating collection also contains infographics about relevant topics such as lab equipment, rates of women currently working in STEM fields, and an illustrated scientific glossary.

The trailblazing women profiled include well-known figures like primatologist Jane Goodall, as well as lesser-known pioneers such as Katherine Johnson, the African-American physicist and mathematician who calculated the trajectory of the 1969 Apollo 11 mission to the moon.

Promoting the work of women in science and encouraging girls to enter the sciences is important for achieving the Global Goals for Sustainable Development.

“Humanity cannot afford not to use half of its creative potential”.

Schools : Women in Science : Nettie Stevens broke gender barriers ? by G-Souto is licensed under a Creative Commons Attribution-NonCommercial-NoDerivatives 4.0 International License.
Posted by G-Souto at 1:30 AM