"We, the last survivors of the Holocaust, are now disappearing one by one. Soon history will speak about it with the impersonal voice of scholars and novelists, at worst, with the malevolent voice of falsifiers and deniers. This process has already begun. The United Nations international day of commemoration of holocaust victims is a vital link in the transmission of that awesome legacy to our fellow men – Jews and non-Jews alike. Unless we give it, through remembrance and education, the place and attention it deserves, and begin, collectively, to respect the core of universal values inherent in all great creeds – spiritual and secular – the forces of darkness may return with a vengeance to haunt us again."

You know I write often about the Holocaust. It's important to teach students the real facts of History. Those that they never lived, as a war. And tomorrow, the world is celebrating the International Day of Commemoration of Holocaust.

Every year, 27 January marks the anniversary of the liberation of the Nazi German Concentration and Extermination Camp of Auschwitz-Birkenau by the Soviet troops in 1945. This date was proclaimed International Day of Commemoration in memory of the victims of the Holocaust by the United Nations General Assembly.

In 2014, the theme chosen by the United Nations for this International Day is:

“The Keeping The Memory Alive - Journeys Through the Holocaust”.

There is several events in different countries. Please visit the Calendar of Holocaust Rembrance Events on the UN website and UNESCO website 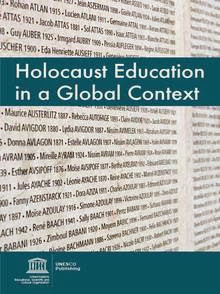 UNESCO recognizes that teaching about the history of the Holocaust is fundamental to establishing respect for human rights, basic freedoms and the values of tolerance and mutual respect.
UN Member States are encouraged to develop educational programmes that transmit the memory of the Holocaust to future generations so as to prevent genocide from occurring again.
UNESCO promotes some learning materials and provides a platform for institutions, teachers, students and interested parties to access resources on Education for Holocaust Remembrance.

To mark the International Holocaust Remembrance Day, I propose a book and a film: The Book Thief. Both provide a different overview of the Holocaust.

Last year, I proposed a BD manga Anne Frank au pays des mangas  and the app The Diary of a Young Girl by Anne Frank.

You already know that reading in the classroom is a essential activity to repeat day after day in Languages curricula.

Students love read and teachers must help students to preserve this beautiful and enriched activity. 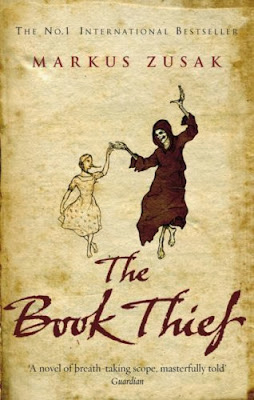 First the colours.
then the humans.
That's usually how I see things.
Or at least, how i try. 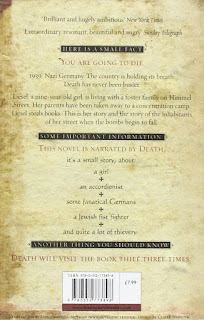 The Book Thief is a novel by Australian author Markus Zusak. First published in 2005, the book has won numerous awards.

"1939. Nazi Germany. The country is holding its breath. Death has never been busier.

Liesel, a nine-year-old girl, is living with a foster family on Himmel Street. Her parents have been taken away to a concentration camp. Liesel steals books. This is her story and the story of the inhabitants of her street when the bombs begin to fall." 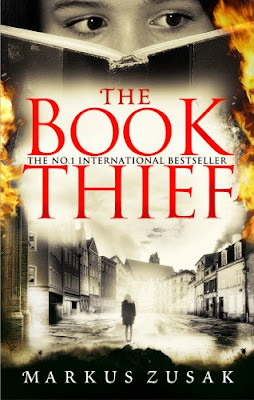 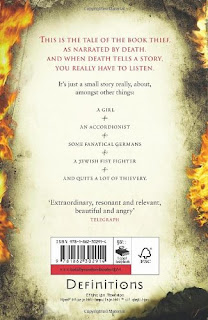 Liesel Meminger is a Book Thief, living with a foster family in Germany during World War Two. Torn from everything she's known, her foster father shows her the power of words as the two of them share late night reading sessions of The Grave Digger's Handbook. Her love of books ties her to others, including the mayor's wife and Max, the Jew the family hides in the basement. 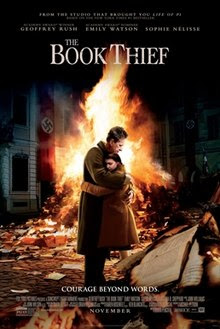 Based on the bestselling book, The Book theThief tells the inspirational story of a spirited and courageous young girl who transforms the lives of everyone around her when she is sent to live with a new family in World War II Germany. Listen the young actress talking about words on the video below:

Go to the movies with your students before or after reading the book in your lessons.

On the Book Thief website, you have a Discussion Guide that you can use to support the discussion in the classroom. 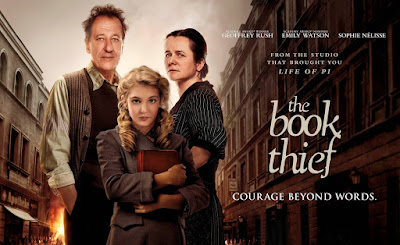 Of course, I am writing all the time about books and films in School Education. I love books and I'm a huge addict on movies based on books.

Movies can offer students a nice motivating push to read books. A narration lets us know something. It tells us what happened. It tells us a story. Our students love to hear narrations and watch films based on books they read in school or at home.

Many literature classics for kids and adolescents have been made into movies. Movies as The Hobbit based on J.R.R. Tolkien's novel or Hunger Games based on The Hunger Games trilogy is a series of young adult science fiction adventure novels by Suzanne Collins. And many other.

The beautiful scene about a dictionary on the wall can not be forgotten:

Films give the chance to teach and learn Literature in a complete different way. The final result is always the best! And the list is enormous!

Movies based on children and youth Literature books are an attractive and enjoyable digital resource to motivate students reading in the school. 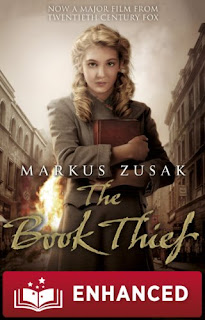 Bestseller and with a major global film release in 2014, this e-book is enhanced with film clips and interviews with the actors from the movie as well as a Q&A with the author - a must for book lovers and movie goers alike.

Read this book or e-book and display the film in the classroom. The book and the movie are awesome. It's a life-changing story.

I advise every teacher to check it out with your students to include the Holocaust learning theme into school curriculum.

"To build a future you have to know the past."

Schools : The Book Thief : book, film : the Holocaust by G-Souto is licensed under a Creative Commons Attribution-NonCommercial-ShareAlike 3.0 Unported License.