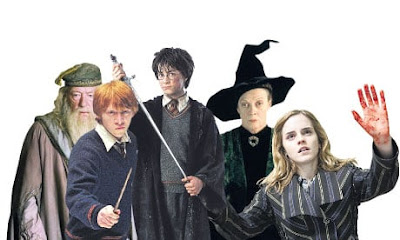 As one of the educators who teached the 1st generation who grew up with Harry Potter's saga, reading Harry Potter books in the classroom and going to the the theaters to see some Harry Potter movies with my students, I feel myself such a fan as the "Harry Potter's Gen".

And why? Because they have growing up in my courses of Fiction and Poetry. We shared great moments in formal learning and non formal learning.  As an innovative educator, over the last several years I’ve explored online and blended learning options to my students. 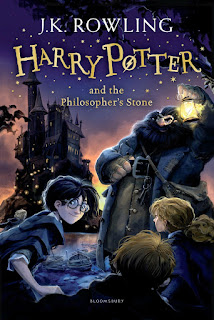 Harry Potter and the Philosopher's Stone
1st book of the saga
http://bloomsbury.com/uk/

Blended learning made it easier providing multiple learning strategies. The first elearning contents (2001) and PLN (2005) to Portuguese students in Secondary School - Languages curriculum - was mine.

And first blogs in Education (2005): Portuguese (native language) and French (foreign langhuage to complete teaching an learning out of school.

I feel touched with the series over and all the events that are coming out. Yes, indeed. Harry Potter brought so many new young readers!

But, let's follow the last news! The release of the final film featuring "Harry Potter" the boy wizard is being treated as a momentous cultural event. You can remember here

July 13, it was the big day all almost all over the world! In Portugal, the big day was yesterday, July 14 and all sessions were completely sold out!

Premiere in London
credits: Katherine Rose for the Observer
http://static.guim.co.uk

July 13, it was the big world day for Harry Potter fans! In Portugal the big day was yesterday, July 14 and all sessions completely sold out!

Excited fans spilled out of the lobby of cinemas, and into the streets near by. In Portugal, all the best cinemas are in the molls. Lots of fans around the lobby waiting for hours the 'premiere'.

Of course, I am going to see Harry Potter and the Deathly Harrous - part 2. Not now! I will wait for quite days.

14 years ago Harry Potter first captured our imaginations - my students' imagination and mine reading the first five books in the classroom.


‎"You're a wizard, Harry." From the moment Hagrid whisked him away to Hogwarts on his 11th birthday, Harry has experienced the most magical adventures (some more dangerous than others), and we have been with him every step of the way.


The final chapter of the Harry Potter series may have been closed, but it looks like fans of the boy wizard can look forward to new adventures as author JK Rowling turns her hand to online news.

"I'm writing, and I've done quite a lot since finishing 'Harry,' " (...) "I also felt I wanted the last film out of the way before I made any moves on the publishing front. 'Harry' is so huge and I suppose my involvement with the world has still been quite intense. This feels like a new beginning to me."

And there we are! Suddenly, one month before the final part of the series' adapatation, fans were suprised for a new project.

After Rowling announced via a web video that she will be opening Pottermore, an online website for fans that she described as "an online reading experience unlike any other." 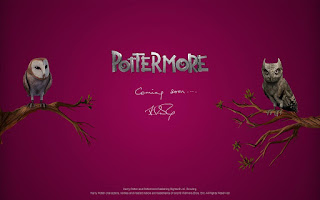 And Pottermore.com unveiled three special previews of one of the Pottermore chapters: 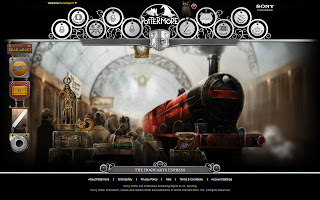 Yesterday, July 14, on @pottermore the new unveiled: The Pottermore Insider:


So, fans will have some more! For the moment, an official Pottermore wallpaper for fans' desktop, tablet or smartphone.

Yes, one or two "Harry Potter's Gen" were grown up with the books and the movies' adaptation, but a new one will growing with the Harry Potter e-books. 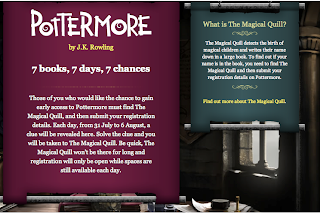 
Students will be back to school later this summer. Educators have now wonderful resources to captivate students to read in school!


This is the good aim of this post! The importance of reading in school! No matter the resources we choose and there are a good number to include into school curriculum in formal learning or informal learning.

The Potter movies weren't just an adaptation of a series of books, but a living, evolving collaborative phenomenon between pages and screen.


"The performance or display of a movie by teachers in a course of face-to-face teaching activities in a classroom or similar place devoted to instruction like learning environment can be one of the most interesting educational resources for k-12 and junior high-school.
It's a rich interactive approach of exploring Literature for children and youth. Students enjoy it a lot." 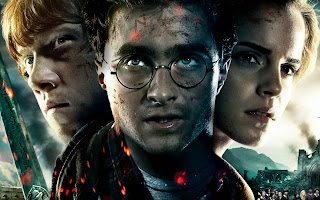 Now, it's different. In school, we have the generations who watched the movies before reading the books.


Even more! Next academic year, educators will have the first generation reading Harry Potter on web2! And, of course, as innovative educators you will not miss such a awesome interative resource.

In the 90's, Harry Potter were the first books that contained a suitable number of pages and a good story to captivate young people really absorved into a book.

So this is about some very well-known books. It makes a change to the sort of books teachers normally read in their lessons.


Harry Potter final books contain some gothic elements, such as an atmosphere of mystery and suspense, some unexplicable events, supernatural creatures and ocurrences such as prophecies and visions. Young people love it!


"Potter heptalogy, the 'archetypal' modern gothic novel, with an orphan who fulfills a prophecy and gradually develops his magic powers comes from two things: the Cornish landscapes, which are very similar to those around Hogwarts. Secondly and bove all, three larger-than-life characters cannot have a place in a conventional realistic novel."


And movies! Displaying a movie in a face-to-face lesson, or going to the movies with a class allows to explore the incredible adventure of 3D before reading the books.

Don't underestimate the power of magic of reading in the classroom with your students appealing to all the captivating resources we have now.

"Harry Potter saga in the classroom!": you will find several posts on this blog (for teachers) And in other two blogs (for students): BlogdosCaloiros (Portuguese native language) and BlogSkidz (French foreign language) two different blogs created to my students exploring educational digital resources in and out the school.

The importance of reading in the school
http://gsouto-digitalteacher.blogspot.com/2011

Alice in Wonderland by Tim Burton in the classroom
http://gsouto-digitalteacher.blogspot.com/2010

Harry Potter and the A-Z of Magic
http://www.guardian.co.uk/film/2011/

"Rowling has shown superhuman strength in transcending this and ignoring the constant belittling of her talent from jealous peers. She has paid her success forward as a patron, activist and philanthropist. In her wake is a generation of writers creating brilliant young adult fantasy series."

Reading Harry Potter: what now? by G-Souto is licensed under a Creative Commons Attribution-NonCommercial-ShareAlike 3.0 Unported License.