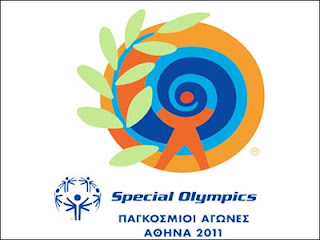 The Games brought together more than 7,000 athletes with intellectual disabilities from 180 countries competing in 22 Olympic-type sports.

"Special Olympics is where athletes with intellectual disabilities celebrate and are celebrated for their accomplishments. It's often the first time that our athletes have truly taken center stage and been recognized as individuals. And the focus is not limited to sports. In diverse areas like healthcare, leadership training, legislative self advocacy and employment, Special Olympics takes a leadership role."

UNICEF Director Anthony Lake joined cheering athletes, families and other supporters from around the world. And he express UNICEF concerning about children with disabilities.


Children with disabilities are vulnerable, stigmatized in society, in school.

Educators have a crucial role helping the integration of children with disabilities in school and in the classroom working together with school psychologist or special needs teacher.

Children with intellectual and physical disabilities suffer negative attitudes from some colleagues and educators must be very careful in leadership and dialogue  with students about the differences of some students.

Civics is a good cross-curricula to debate those differences.

One of the most important curriculum is Sports. Kids with disabilities have wonderful performance in it. They are enthousiastic because they can participate with the colleagues and feel more integrated in the group.

"Special Olympics often is the only place where they have an opportunity to participate in their communities and develop belief in themselves. Many live lives of neglect and isolation, hidden away or socially excluded from full participation in schools or society. Transforming the athlete, Special Olympics sports are a gateway to empowerment, competence, acceptance and joy."
We can see the joy of children with disabilities in the Special Olympics video below:

This is the official compilation music video recap for the Special Olympics World Summer Games Athens 2011.

"These kids, more than any other kids, are stigmatized, they are excluded from schools, they are expelled from their families, they are vulnerable to trafficking of the most horrible kinds, they are denied the right to become productive members of their societies, which is a loss to the societies as well as the kids,”

Tribute: Special Olympics 2011 for Children with Disabilities by G-Souto is licensed under a Creative Commons Attribution-NonCommercial-ShareAlike 3.0 Unported License.