Today May 9 is Europe Day ! In May each year, the European Institutions celebrate the anniversary of the funding of the European Union.

This is an opportunity for citizens to learn about the day-to-day work of the institutions, as well as the broader issues, challenges and benefits of the European Union for its 508 million citizens.
On Saturday 28 May 2016, from 10 am to 6 pm, various locations in Brussels (from the Schuman Roundabout down Rue Belliard to the Place du Luxembourg) will be open doors. 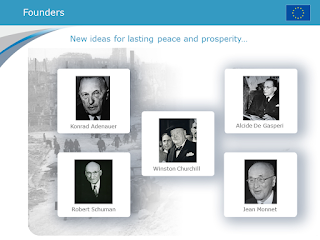 Europe Day is celebrated since 1985 to honor the the architect of the European integration project, Robert Schuman.

The statesman Robert Schuman, a qualified lawyer and French foreign minister between 1948 and 1952, is regarded as one of the founding fathers of European unity.

In cooperation with Jean Monnet he drew up the internationally renowned Schuman Plan, which he published on 9 May 1950, the date now regarded as the birth of the European Union.

Every year has a different theme. The theme for the 2016 edition of this event will be the European Union motto "United in diversity". 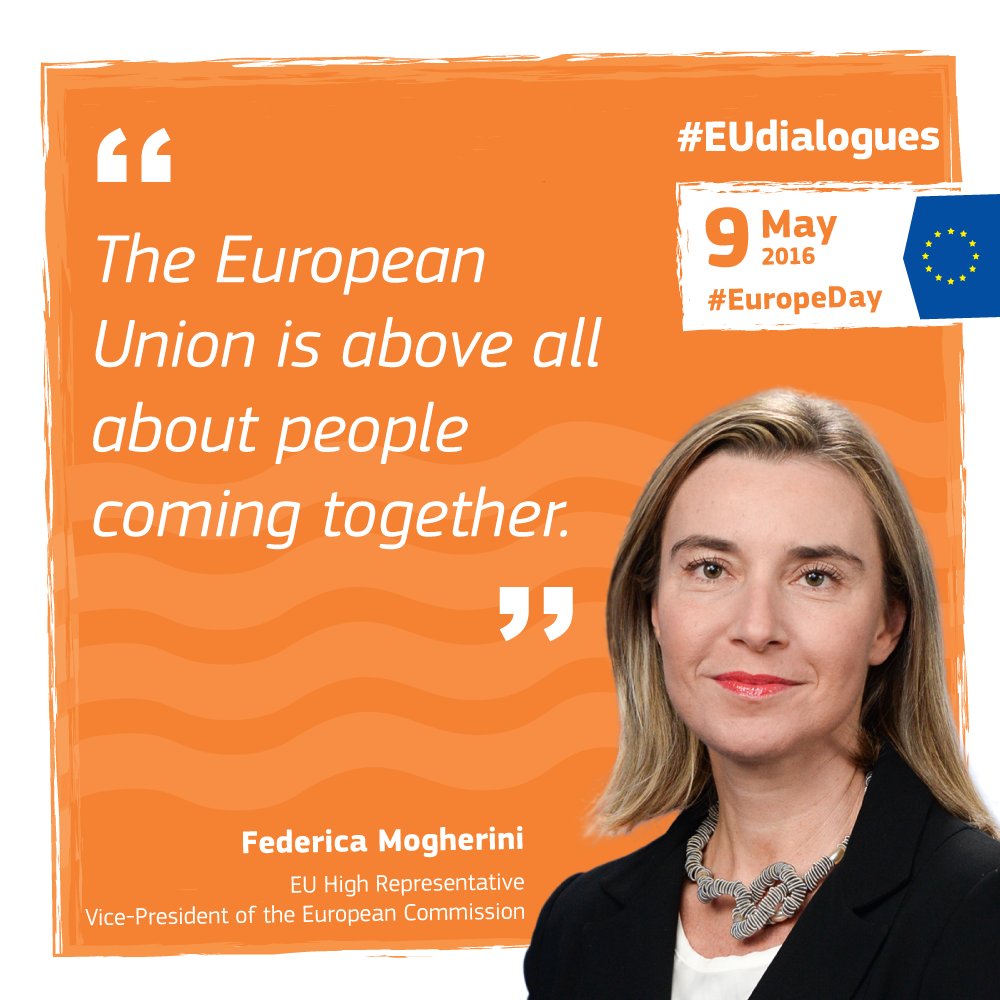 Europe is a multi-faceted melting-pot of languages, cultures, religions and political opinions, and this diverse identity is reflected in its fundamental values and governing institutions.

On #EuropeDay, a public debate with EU High Representative for Foreign Affairs and Vice-President Federica Mogherini and former President of Italy Giorgio Napolitano!

Live streaming of the dialogue with interpretation to English: europa.eu/!Jv99xX Take part in the online debate using #EUdialogues!﻿ 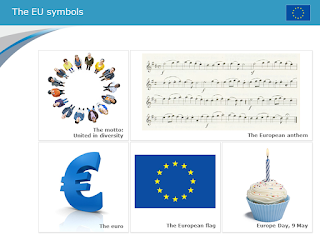 Twenty eight European countries are members of European Union. Schools across Europe are invited to participate by organising debates, concerts, exhibitions, interactive activities (different schools from different European countries) around these issues on 9 May, Europe Day.

The EU was not always as big as it is today. When European countries started to cooperate economically in 1951, only Belgium, Germany, France, Italy, Luxembourg and the Netherlands participated.

Over time, more and more countries decided to join. Portugal is a member since 1986.

The union reached its current size of 28 member countries with the accession of Croatia on 1 July 2013. 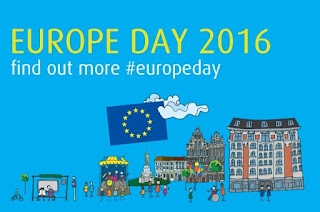 Every year, Europe Day is celebrated on May 9. For many Europeans it is not well known, but since 1985, Europe has its own day to celebrate the specific character of Europe. The unique European mix of numerous different languages, countries, regions, food, music; all in a rather small geographical location; that constitutes Europe.

Of course all the European teachers will include Europe Day into the school curriculum. 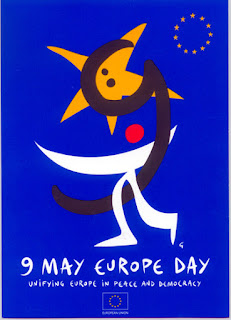 Students must practice critical thinking about a subject that is not consensual nowadays when Europe is experiencing a severe financial crisis and th UK can leave the EU.

The austerity measures and social spending cuts extended the child poverty and child deprivation in the world’s advanced economies, a report revealed by Unicef in 2015.

Children are affected by poverty in rich countries too. Today, there are 26 million children at risk of poverty or social exclusion in the EU.

Kids of the recession
https://www.unicef-irc.org/

I wrote about it on The Hard Times Generation : Children's rights, Parlons d'enfants victimes d'exclusion social.

If you teach young students, you will include into your lessons different activities to motivate kids to learn about the EU.

Don't forget children's poverty in their own countries.

Resources:
These slides may be a useful tool for teachers, speakers on EU issues, students and anyone interested in giving a presentation about the EU.

"A great time to visit the EU institutions in Brussels on Saturday 28 May plenty of activities for all ages and discover how the institutions work ! "