Education : Violence & cyberbullying at school : Disconnect, a film for teachers and parents 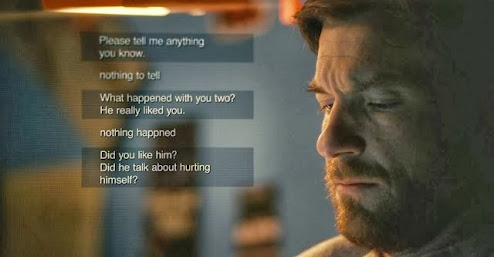 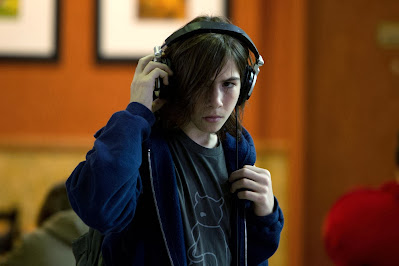 Disconnect/ Ben Boyd
Henri Alex Rubin, 2012
https://www.imdb.com/
Cyberbullying at school
However, I want to point a new film to discuss Safe Internet at school or at home.
Do you know Disconnect? Impressive film about cyberbullying at school.
The film explores how people experience the negative side of modern communication on technology by following three stories.
One of cyber bullying, one of a journalist making a story out of someone who makes a living by performing on an adult only website, one of a trust broken by scamming over a chatroom.
To us as teachers or parents we want to stop at the first story: Ben, a young boy 'disconnected' who lives in his own world just connected to music and the Internet. 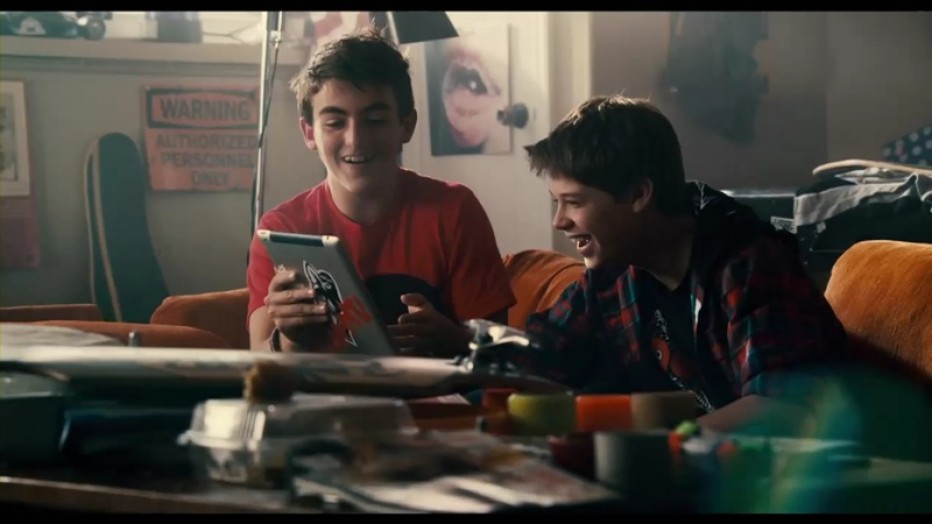 Disconnect
Henri Alex Rubin, 2012
https://www.imdb.com/
Two boys, Jason and his friend Frye who are in the same school with Ben, a teenager, impersonate a girl, "Jessica Rhony," on Messenger and convince Ben (the son of Rich, a legal counsel at the TV station where Nina works) to send a lewd picture of himself.
The boys distribute the photo to classmates at school and the photo circulates to nearly everyone in their grade. Ben is so embarrassed by this cyberbullying that he attempts suicide and ends up in a coma.
Sometimes, parents are paying attention to their kids, but they don't 'see' how they are growing up so fast or live completely disconnected from the real world.
School educators have also an important role on kids' safety online. With Ben, it was a bit difficult because he was a new kid on the block.
I watched Disconnect two months ago at the theatre. The film didn't surprise me as a teacher, because I know the reality in schools, but shocked me. I was prepared to the kind of terrific cyberbullying. Sometimes, parents are too busy to look around their own kids, but not for this kind of tragic end. 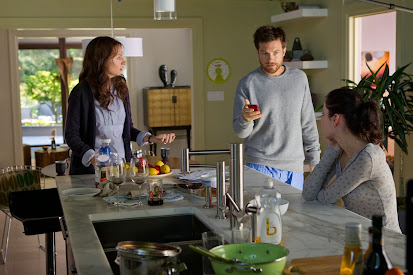 Disconnect
Henri Alex Rubin, 2012
https://www.imdb.com/
Some important messages for kids, parents and teachers:
Parents, wake up! If your teenager spends hours glued to his phone or buried in his room on a laptop, this movie shows you just how at risk he or she really is.
Kids and young adolescents do need to be reminded that not everyone they meet in school or online is who they say they are. As parents, you might wonder whether what they are doing is safe or not.
Parents need to understand that it's important to stay in close touch with their kids' online use. Dialogue is very important, but it is not enough. 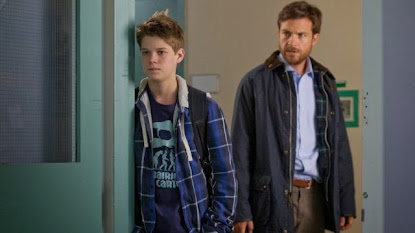 Jason and Frye are a couple of smart-ass skateboard punks who target Ben for an extended online prank in which they pose as a fictional girl with a Facebook crush on Ben. They are two kids who live in a dysfunctional family. But Jason will be feel guilty, he is not a bad kid, and he goes to the hospital to have some news from Ben.
Kids and adolescents like to feel independent. However, they must have the skills since the younger age, for the safe use of Internet. So, at home, in school, they must be alerted and taught how important it is their safety online. 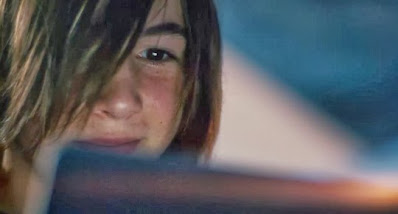 Ben in his room on the internet
Disconnect
Henri Alex Rubin, 2012
https://www.imdb.com/
The strongest is undeniably the cyberbullying story, since whenever technology and its dangers are mentioned, cyberbullying is always the first thing that crops up. The way this particular story is treated is almost perfect.
Cyberbullyng is the most disturbing behavior to kids and young people. Safer Internet Day is a good motivation to tell kids and teens to stay alert against this kind of acts.
Discussing these important issues in school curriculum, or at home will help them to avoid  risky activities.
As students participating in the different activities for Safer Internet Day, you will learn about dangers and you will develop the skills to keep safe when you are online. 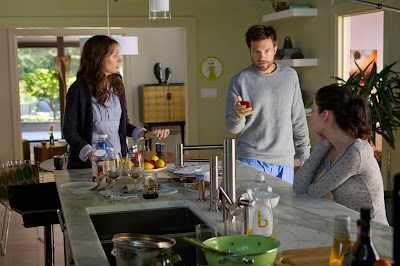 Ben's family
Disconnect
Henri Alex Rubin, 2012
https://www.imdb.com/
The movie shows how it is done, how easily it's done, and then the fall-out from what happens. Parents feel completely lost.
Cyberbullying has a terrible impact on children and teens life. Look at Ben who attempts suicide and ends up in a coma. And of course pay attention to the whole family (Ben's parents, Jason and Frye, and his sister Abby who helps his 'mute' disconnected brother in his room, after his attempting suicide). 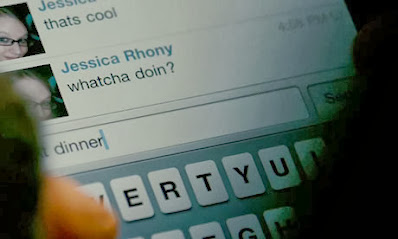 Disconnect
Henri Alex Rubin, 2012
http://www.imdb.com/
We also need to understand that the internet is simply a place.  Somewhere your kids go to hang out. And if they were doing that physically, you would want to know where they were going and who they were going with.  Even they love to be alone in their own room listen some music.
Parents need to start asking the same kind of questions, when their teenagers are online, ignoring the one word 'nowhere' or 'no-one answers'.
Because just as when they head out the door, every time they go onto an online space, there are potential risks.  And while you cannot be there with them, you should at least attempt to satisfy yourself you know what they are doing in their own room.
Disconnect as well as Trust convey, at its best, is that ultimately parental protections are not full proof, and that is the greatest horror of all.
The film also shows how pervasive technology can be in teens and adults lives and also how dangerous society has become. The three stories on the movie are connected by the major role that technology plays in their crises, all of the characters involved feel a certain amount of disconnect in their real lives.
Some thoughts: Teachers and Parents
Teachers help students to understand the safe use of Internet at school, it's a fact! But parents must pay attention at home and help too. Absolutely.
Children grow up, sometimes they are not very communicative in family or at school. They become more introspective. And it is only natural that they take this independence online.
Parents and teachers have to instill in young people an ability to keep themselves safe. Resilience had gone out of fashion in child care lingo but actually it is vital.

Kindergarten and preschool curricula must include lessons on modern technology, digital literacy, not only coding.
Introducing concepts of digital literacy in daily vocabulary and activities are essential.
The participation of kids and young adolescents at Safer Internet Day is a good way to introduce or discuss safety on internet at school curricula and family dialogue.
If you and your kids or students watch the film, use it as a discussion starter, and remember, your 'kids are probably all right'.
*Note: The film shows disturbing material involving the attempt of suicide of a teenager, sexual content, and some violence.
You must think about level or age you are teaching before include the film into your course. 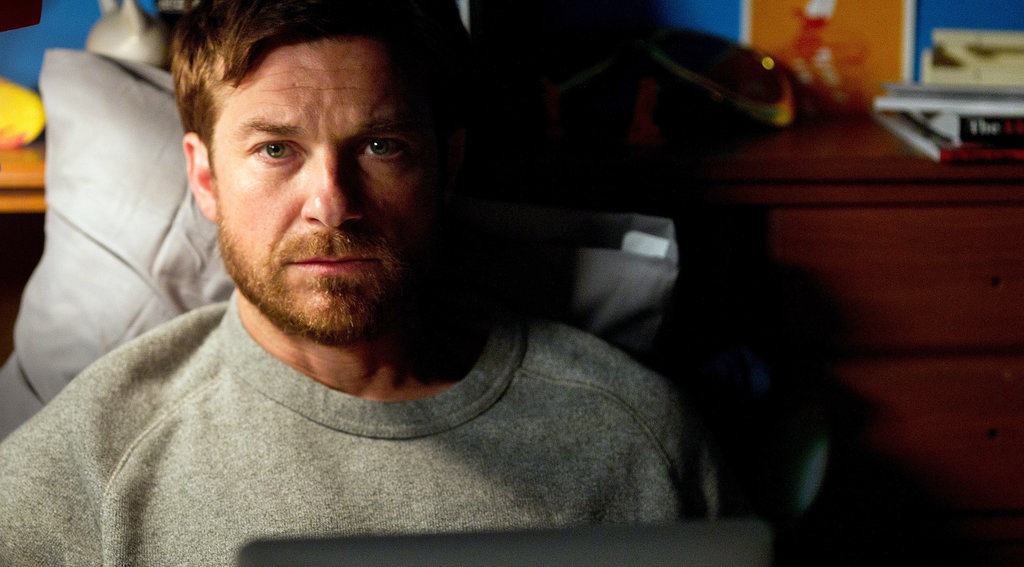 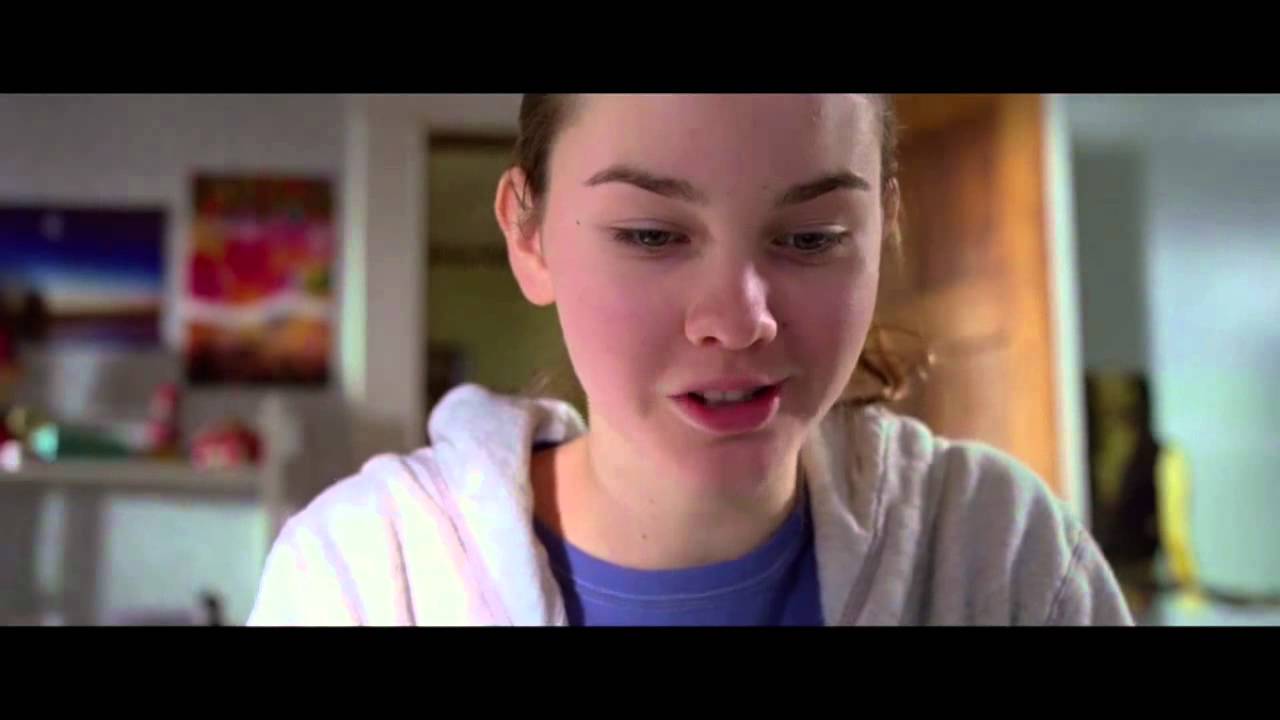 Trust David Schwimmer, 2010https://www.imdb.com/
Disconnect like Trust have slipped mostly under the radar. Bit of a pity, really, when these two movies show us important lessons that young people, in particular, just aren't shown enough.
Good newaday instructional movie for modern day kids and young people who think that uploading some worthless picture makes someone care about you more.﻿

You should watch this film. Please, do it. As a teacher, mother, father, or young adult.
Note that all of these conflicts and relationships are initiated through laptops, tablets and cell phones. People fall in love, exploit one another, reveal their deepest secrets and even commit felonious acts, all before there's a single face-to-face meeting.
We're supposedly more informed and more sophisticated, and we're certainly more technologically savvy (at an increasingly younger age) than any generation in history. 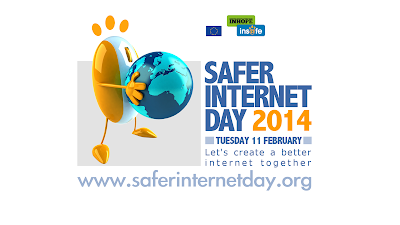 The 11th Safer Internet Day will be celebrated worldwide next Tuesday 11 February 2014.

Over the years, Safer Internet Day (SID) has become a landmark event in the online safety calendar.
Starting as an initiative of the EU SafeBorders project in 2004 and taken up by the Insafe network as one of its earliest actions in 2005.

Safer Internet Day has grown beyond its traditional geographic zone and is now celebrated in more than 100 countries worldwide, and across all continents.
From cyberbullying to social networking, each year Insafe aims to be at the forefront of emerging online issues and chooses a topic reflecting current concerns. For SID 2014, the theme is:

"Let's create a better internet together".

Education:
Teachers and parents know how important is safety for kids and teens.

We have an entire 'wired' generation. Children and young people are all day connected on their cell phones or tablets. At school, at home, on bus or just walking, even between friends. But adults too, now.

Must not forget the important alert made by Trust, a film about child exploitation on the Internet, even when parents think that their kids are prepared. In 2012, I pointed this film as an important resource to explore in the classroom for Internet safe.

This year, Safer Internet 2014 wants that both young and adults to join together in creating positive online experiences, to share knowledge and wisdom, but also to support each other when things might be risky or, indeed, go wrong.

Some ideas and inspiration for supporting SID

Register your school here. If your school is already registered, you certainly have the SID kit.
Don’t forget to make contact with your National Awareness Centre or local SID Committee to find out what else is going on in your country.


“Everyone has a role to play in making the internet a safer place that empowers and inspires young people”,
Neelie Kroes, Vice-President of the European Commission

Education : Violence & cyberbullying at school : Disconnect, a film  for teachers and parents by G-Souto is licensed under a Creative Commons Attribution-NonCommercial-NoDerivatives 4.0 International License.
Posted by G-Souto at 7:19 PM