Sorrow : "That I shall go with you a way ! " To Robb Elementary School

Robb Elementary School, Texas
credits: unknown
via Lecacy.com
(...)
And we can tell, but Heaven, at last
May answer all my thousand prayers
And bid the future pay the past
With joy for anguish, smiles for tears.
Anne Brontë, Farewell
Buffalo, New York. Laguna Woods, California. Uvalde, Texas. In little more than a week, three more places have been added to a uniquely American geography of terror and grief. 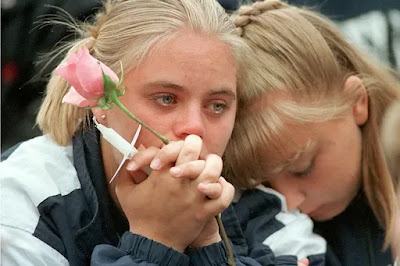 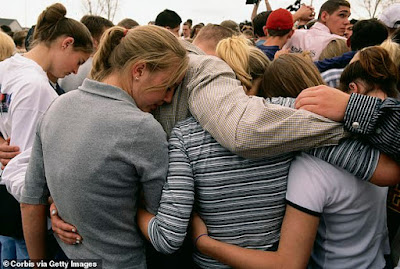 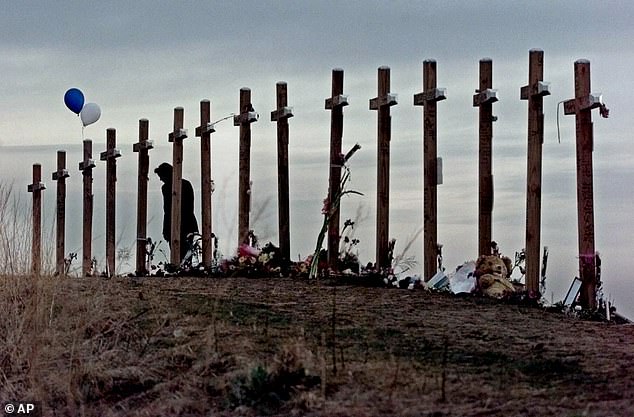 credits: AP
Every year, Columbine celebrates the lives of victims by doing a 'day of service' where students volunteer throughout the community. 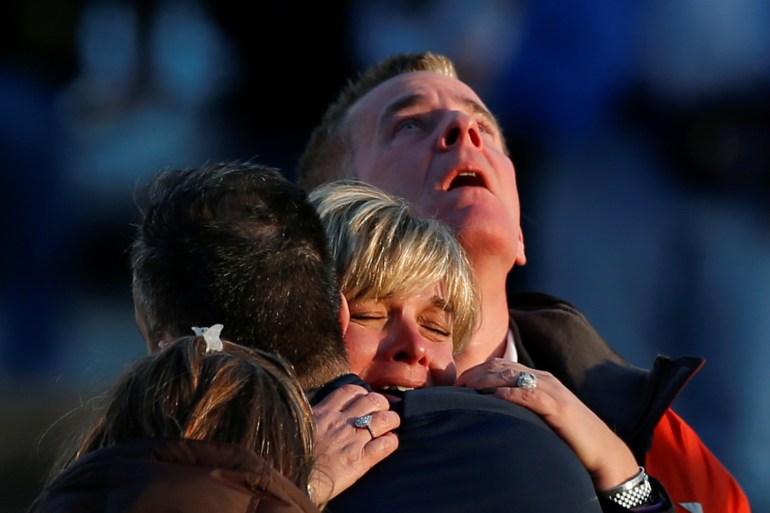 Parents of seven-year-old Grace McDonnell, grieve near Sandy Hook Elementary after learning their daughter was one of 20 schoolchildren killed.
credits: Adrees Latif/Reuters
In 14 December 2012, the Sandy Hook Elementary School, in Newtown, Connecticut suffered a shooting, near Christmas season, and killed 26 people. Twenty of the victims were children between six and seven years old, and six were adult staff members. The massacre was the deadliest mass shooting at an Elementary School in U.S. history. 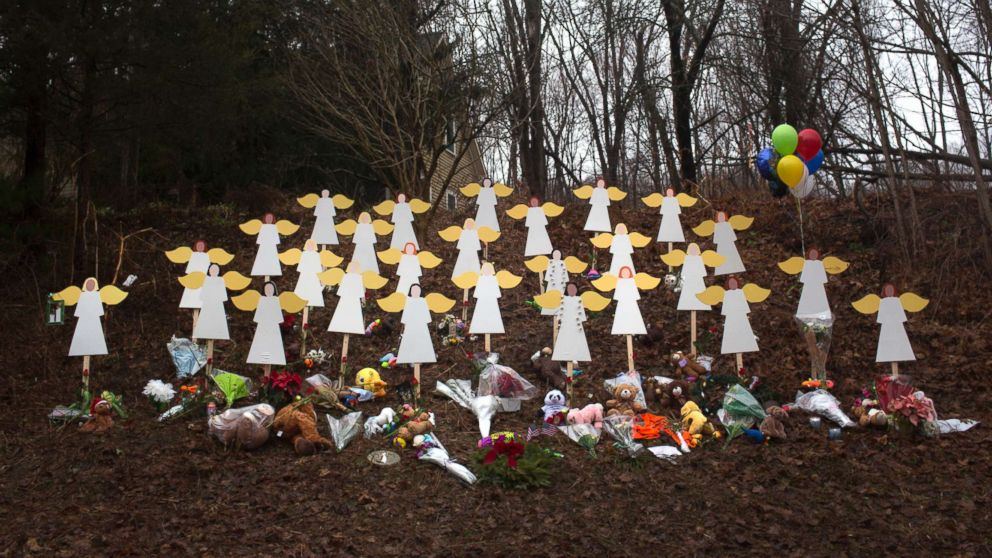 Christmas in Sandy Hook was different than Christmas just about anywhere else in 2012. It wasn’t a celebration of family, joy and gifts but a solemn day of remembrance.
credits, Corbis via Getty Images
We thought, naively, that things could change after Sandy Hook Elementary School, on December 14th, 2012, with the mass murder of literally 20 young children, and 6 teachers, could impact even the coldest. 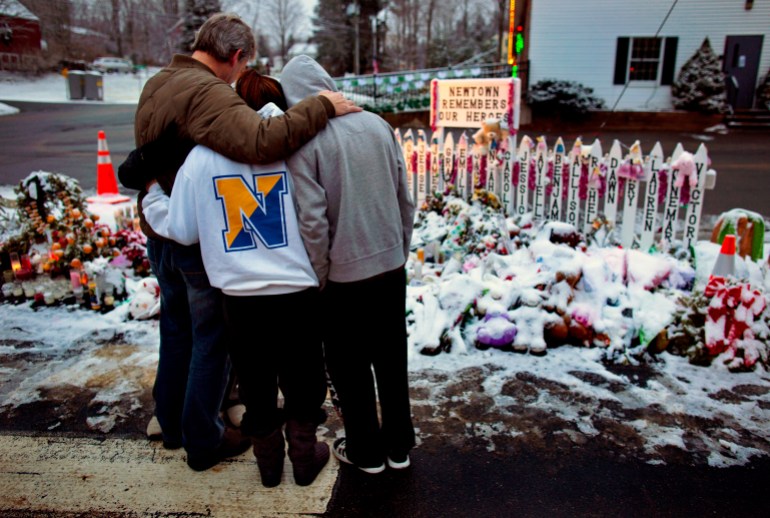 Mourners embrace near memorials by the Sandy Hook firehouse in Newtown, Connecticut
credits: Craig Ruttle/The Associated Press
Despite the tears, heartbreak, fear, anger, and demand for change from large chunks of the American population. No changes at all. 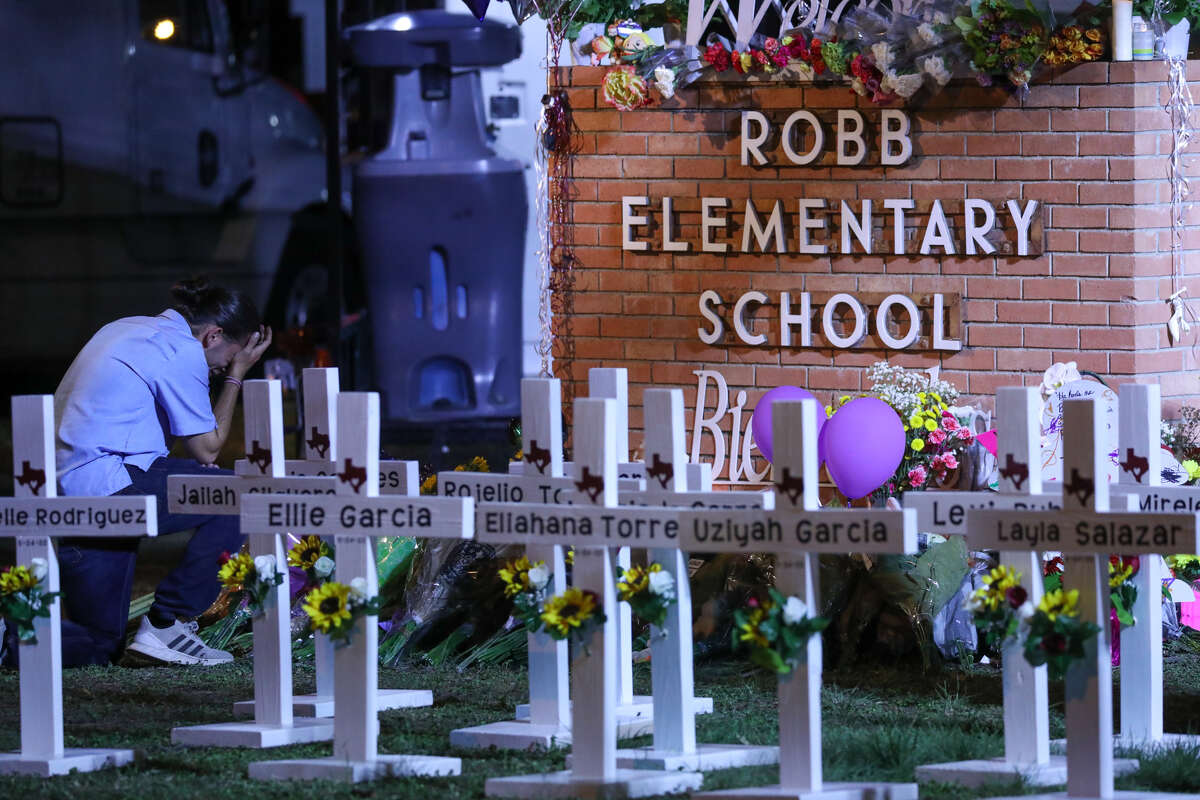 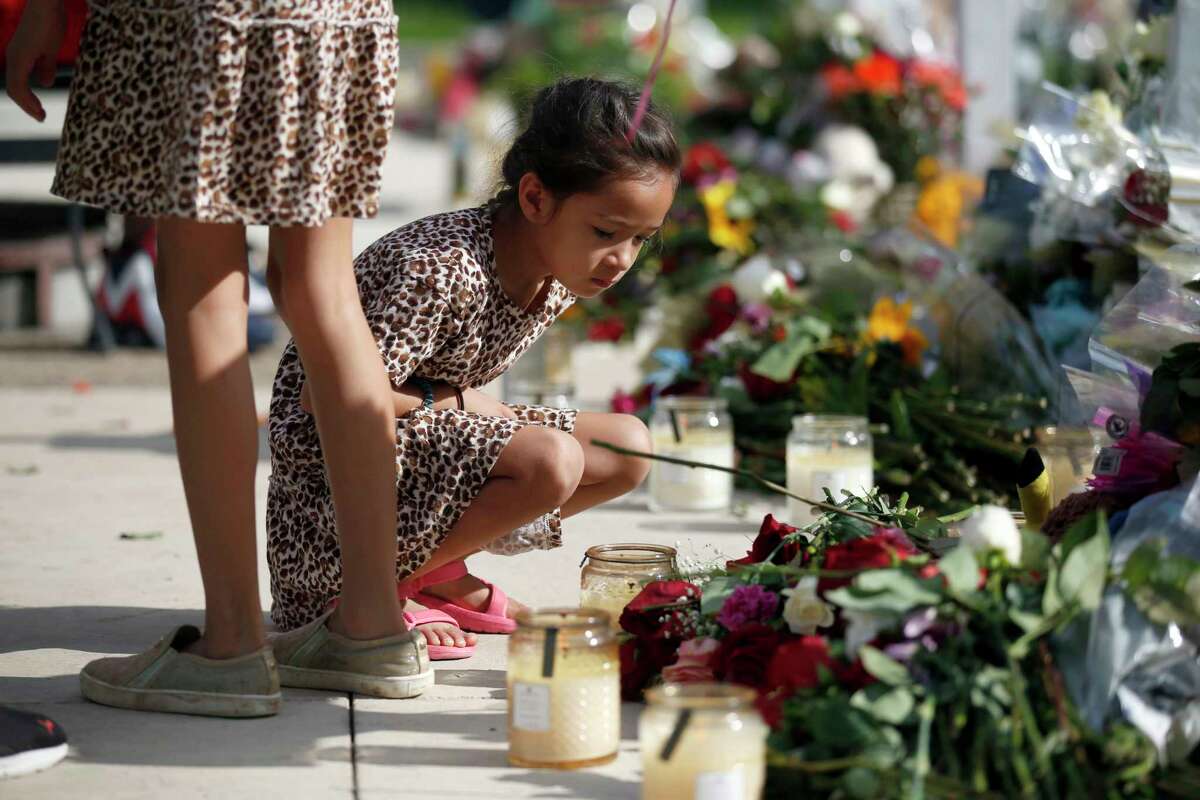 A child prays at memorial site for the victims killed in this week's shooting
at Robb Elementary School in Uvalde, Texas
credits: Dario Lopez-Mills/AP
The sadness and anger are crushing all over U.S. and abroad. I'm a teacher, a mother. I'm shocked! My heart is broken. Not again!!
I have no words, I am devastated, absolutely devastated. I have no words. But I feel angry.

"I'm Angry and Sad and Scared and I Know Nothing is Going to Change!"

Sorrow : "That I shall go with you a way!" To Robb Elementary School G-Souto is licensed under a Creative Commons Attribution-NonCommercial-NoDerivatives 4.0 International License.
Posted by G-Souto at 11:30 PM