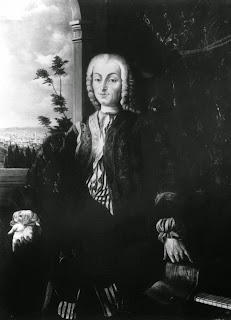 
You may have never heard of Bartolomeo Cristofori, but you definitely know his invention.

Cristofori was an Italian musical instrument maker credited with inventing the pianoforte.

Today, May 4, Google celebrates the 360th birthday of Bartolomeo Cristofori who has been widely credited for the invention of the piano 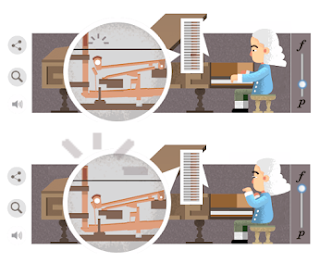 
You know me. Love Google doodles. And Piano is one of my two Master degrees. I have a Master in Piano at High School of Arts (Portugal) and a Master in Linguistics and Literature at the University of Porto.

What can I do? As a teacher who loves the piano, I can't miss to write about the creative Doodle, of course. 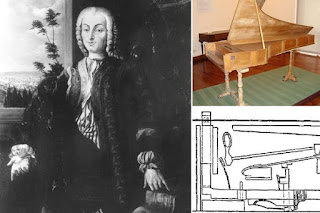 On the blog dedicated to its doodles, Google wrote that one of Cristofori’s “biggest innovations was creating a hammer mechanism that struck the strings on a keyboard to create sound. The use of a hammer made it possible to produce softer or louder sounds depending upon how light or hard a player pressed on the keys”

The interactive Doodle highlights this breakthrough of being able to change the volume.

“My favorite part of the doodle is the animation of Cristofori playing when the volume is set on forte. If I had more time I would have put even more bounce to his bottom. I hope people decide to do more research after playing with the doodle and learn more about him"
Doodler Leon Hong


What music is playing in the doodle ?

The melody is from Johann Sebastian Bach's Jesus, Joy of Man's Desiring. It was important to have a piece that was from the same time period as Cristofori's life.

Cristofori was born in Padua on May 4, 1655 in what was then the Republic of Venice. 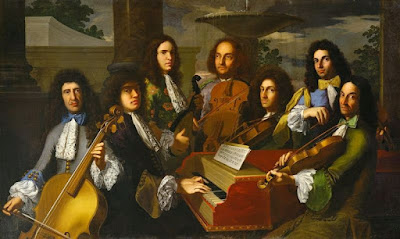 A portrait of Ferdinando de' Medici with his musicians
credits: Getty Images
https://cdn2.vox-cdn.com/

At the age of 33 he was employed by Prince Ferdinando de Medici, son of the duke of Tuscany. Ferdinando, a lover and patron of music, was the son and heir of Cosimo III, Grand Duke of Tuscany. Tuscany was at a time still a small independent state. 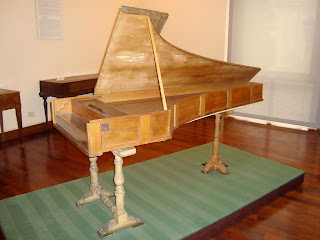 The 1722 Cristofori piano
in the Museo Nazionale degli Strumenti Musicali in Rome
http://upload.wikimedia.org/

He is believed to have started work on what would become a piano in the 1690s and the first one is thought to have been made in 1709.

Prior to inventing the piano, Cristofori invented two other keyboard instruments. The first was a the spinettone, a kind of harpsichord. The second was the more original oval spinet, invented in 1690.
He called is invention a "gravicembalo col piano e forte" – a clavichord with soft and loud. The name was shortened to pianoforte and then simply piano. 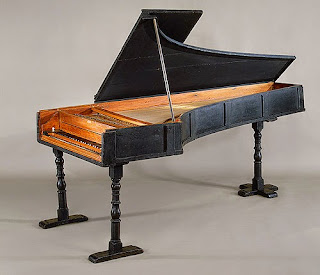 Considered the "great" among musical instruments, the piano has proved a key vehicle for the genius of Frédéric Chopin, Claude Debussy, Ludwig van Beethoven, Franz Lizt and many other great piano composers.

However, the piano was not popular at first and many felt it was too difficult to play. Cristofori died largely uncelebrated for an invention that would later change the musical world in 1731 – a year before the first sheet music for the piano appeared.

Cristofori’s design was largely ignored in Italy, but it soon became known and adopted in Germany through articles in dictionaries of music.

No one is sure how many pianos Cristofori built, but today only three survive that were made by him personally.

They were all built in the 1720s and are found at the Metropolitan Museum of Art on Google Cultural Institute or at the museum in New York City, at the Museo Strumenti Musicali in Rome, and at the Musikinstrumenten-Museum of Leipzig University in Germany. 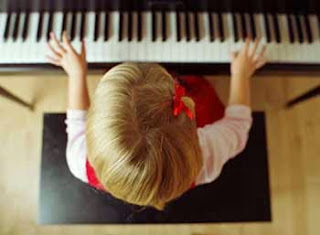 
As a teacher in Literature and former teacher in Piano, I must write about my favorite musical instrument. The piano.

Today I have a different sensibility looking to the world, no doubt.

I teached Piano at Voccational Music schools for ten years and at the same time teach Literature & ICT and Digital Literacy at official schools for more than 30 years.

I teached my students to love Literature and love Music at the same time in different curricula. Music and Literature are so similar.

True. Playing the piano is not easy but when we able to play piano is a wonderful experience.

You must include Cristofori Doodle into your school curruculum, Literture or Music, even better a cross-curricular project.

Let your younger students go on Google website and try playing the piano: forte, mezzo forte and piano or pianissimo. Awesome, isn't it? They will love to play!

Ask them if they know the melody? I f not, play Bach's piece on YouTube (must prepare your lesson in advance to have all the material you need).

"Birthdays are not only celebrations, they are milestones that offer a chance to look back and re-evaluate our past with the clarity of hindsight. Perhaps they can reveal where we may want to go next, or insights into why we are here, or maybe just help us ask better questions."
Christine Jowers

Hoping you will share this celebration with your students!  Piano students and other.

And of course you could share with them the love of piano music, playing if you are a piano teacher or listening the great composers on their smartphones or tablets.

Why not watching some videos of young pianists?

Remember the young pianist I wrote about some years ago, Jan Lisiecki? Now he is recording at the Deutsche Grammophon. Wow!

I know! First steps are always the hardest, with the piano as with anything else.

It takes time! Many hours studying every day. But at end it's a wonderful sensitive liberty when we are playing the piano.

Encourage the pianist inside your students and their cultural development. And don't forget to cross piano teaching with some good writers in Literature.


Wow! Leaves us breathless. Such a beautiful piano lesson.

Alfred Cortot was 84 in this video. So this rare video was taken in 1961, a year before his death. He was a Franco-Swiss pianist and conductor.

Alfred Cortot one of the most renowned 20th-century classical musicians, especially valued for his poetic insight into Romantic period piano works, particularly those of Chopin and Schumann.

My piano teacher studied with Cortot, and she introduced me to writing note by Cortot about Chopin. His books were wonderful. Cortot wrote not just about technical ideas and exercises, but of inspiring suggestions as well. How to do exactly in playing the piano, music, literary connotations and other insights.

Cortot helped me to touch the piano differently, feeling what I was playing, and not be discouraged by technical difficulties.

Hope you will be inspired with all of these digital resources and share them in your next piano lessons.