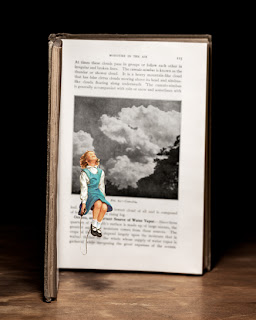 August is typically a quiet month, but there I have been for some blog posts. Here is my rundown of the most-read posts of the month.


The quote identifies the values of some of my pedagogical proposals introduced in school curricula and shared with you throughout the years on this blog.

I believe and practice the differentiation as a value too by focusing on individual identity of my students. They are free to be creative by discovering 'by and themselves' with my guidance, just the sufficient to let them more comfortable in their learning. I wrote about it on the differentt posts of my blog.

The classroom is an open window to the world. Students must feel free to talk  and share ideas about all the subjects they care about in and around every curriculum.

August rundown shows the diversity of subjects and some values of mine and summarize the most-read topics in a collection of four posts:

Web 2.0 is about revolutionary new ways of teaching, learning, creating, collaborating, editing and sharing user-generated content online. It's also about ease of use.


Great number of teachers embrace technology and social media. Others hide. Many ignore. So what does the average teacher do if they’re somewhere in the middle.

Credits: Jacqui Murray
http://askatechteacher.files.wordpress.com/
Of course we can not miss out on a great opportunity to teach and learn (you heard the 'Rap students') about some new Web 2.0 tools that are currently being used in classroom by teachers around the world.

A good advice! You must be sure of your ideas and the manipulation of the tools you choose to introduce in your lessons.

Make your own choices after the evaluation of students profile and, of course, the level you teach.

MEDEA Awards 2012 announced its call of entries some months ago. Countdown to MEDEA Awards deadline September 17.


As you know, since 2009, I am writing about MEDEA Awards. It's a pleasure to divulge such an interesting project that encourages innovation and good practices in the use of media in Education.

As an educator, I know how important it is to be encouraged as I was in 2004 fromGlobal Junior Challenge.

"In recent years there has been remarkable interest in the creation and use of digital video and audio in Education, boosted by the increasing impact of multimedia and video based websites and applications on the internet and mobile devices."

Of course this interest began in 1999-2000, when the first 'screen-generation' arrived at school. Innovative educators understood the meaning of changing academic practices. And mobile devices really pushed up for pedagogical applications.
Now video, audio are routine components of an open education (in and out school)  based on educational environments that recognize andreflect the media-rich world in which our learners now live. El Rap de la educación 2.0 is conclusive, don't you think?

The MEDEA Awards are inviting all participants, learners and educators to submit entries now. You have a week to send your educational projects.

All finalists will be notified in the beginning of November and will be invited to take part in the awards ceremony taking place during the Media & Learning Conference 2012, November 14-15, Brussels, where the final winners will be announced.

Read carefully all the important informations. And submit your idea. The time is now! 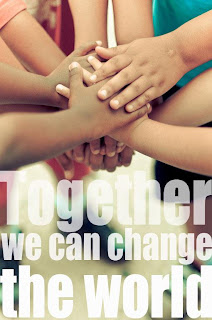 World Humanitarian Day
“This year’s World Humanitarian Day presents an historic opportunity to bring together one billion people from around the world to advance a powerful and proactive idea: People Helping People. That is the best way to honour the many fallen aid workers we mourn today, and to celebrate the efforts of others who carry on their noble mission by rushing assistance to those who are suffering.”
Secretary-General Ban Ki-moon

Europe has a long and proud tradition of humanitarian service and is the birthplace of many of the world’s largest and most efficient relief organisations.
Every day, humanitarian aid workers help millions of people around the world, regardless of who they are and where they are. World Humanitarian Day is a global celebration of people helping people. 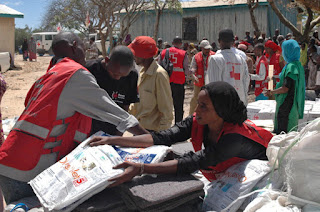 World Humanitarian Day
http://www.un.org/
This year’s campaign I Was Here is about making your mark by doing something good, somewhere, for someone else.

"Humanitarian Day" has recruited Beyonce Knowles to be its face and she released a video of her song "I Was Here", filmed in the UN general assembly, to mark the day.
To show support for "World Humanitarian Day", the students could be invited to do one of these ten good deeds: 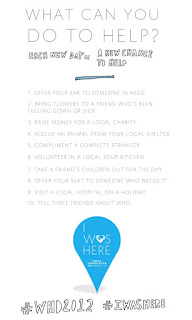 Students could understand that we don't have to be a UN staffer or aid worker to take part in World Humanitarian Day.

"It's high time we rise together. Do one thing for another human being. Nothing is too small. It begins with each of us."

The International Day of the World's Indigenous People, is celebrated each year on 9 August. It marks the day of the first meeting, in 1982, of the UN Working Group on Indigenous Populations of the Subcommission on the Promotion and Protection of Human Rights. 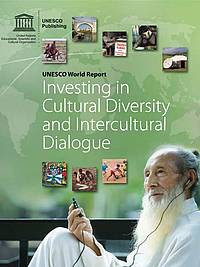 The focus of this year’s International Day of the World’s Indigenous Peoples was "Indigenous Media, Empowering Indigenous Voices".

Moreover the theme highlights how the use of media by indigenous peoples, in its traditional and new media forms, enables them to promote their cultures and languages, to transmit their knowledge, and to represent their own views that often may differ from mainstream analyses.


An interesting motivation to discuss in school curricula human rights, cultural and linguistic diversity, the role of the media to interact with people of all over the world.

Let us use the media – indigenous and non-indigenous – to create bridges and establish a truly intercultural world, where diversity is celebrated; a world where different cultures not only coexist but value each other for their contributions and potential.

Students and educators are an important part of socety to built bridges on a true dialogue. They are spontaneous, curious and love to learn about different cultures.


I really hope that you will enjoy every pedagogical proposal written in June or will discover some new pedagogical ideas to introduce in your lessons.

I thank you very much to all the colleagues from around the world that kindly read my blog.

"The future depends on what you do today"

Schools : August: rundown of the most-read posts by G-Souto is licensed under a Creative Commons Attribution-NonCommercial-ShareAlike 3.0 Unported License.