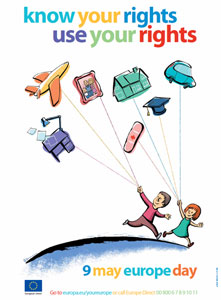 Europe Day celebration on 9 May 1950, the day the French Foreign Minister Robert Schuman presented his proposal on the creation of an organised Europe, to help maintain peaceful relations between European countries. In cooperation with Jean Monnet he drew up the internationally renowned Schuman Plan, which he published on 9 May 1950, the date now regarded as the birth of the European Union. Robert Schuman is the architect of the European integration project.
Since then, every year, Europe Day is celebrated on May 9. For many Europeans it is not yet well known, but since 1985, Europe has its own day to celebrate the specific character of Europe. The unique European mix of numerous different languages, countries, regions, food, music; all in a rather small geographical location; that constitutes Europe.

Each year has a different theme. The theme for 2011 is "Know Your Rights, Use Your Rights".

Portugal is in the EU since 1986. Portugal, a country with a rich history of seafaring and discovery, looks out from the Iberian Peninsula onto the Atlantic Ocean.

Portugal's history has had a lasting impact on the culture of the country: Moorish and Oriental influences in architecture and the arts are prominent. 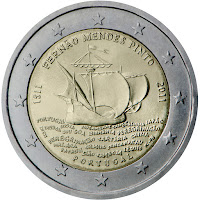 "The inner part of the coin commemorating the 500th anniversary of the birth of Fernão Mendes Pinto, a Portuguese explorer whose book on his discoveries and adventures in the seas and countries of Asia was published posthumously under title “Peregrinação” (Pilgrimage), depicts a sailing ship floating on a sea formed by a series of wave-shaped references to Portugal, Lisbon, his book and some of the destinations of his travels."

Over the past 3 000 years, Portugal has witnessed a constant ebb and flow of civilisations. Phoenician, Greek, Celt, Carthaginian, Roman and Arabic cultures have all left their imprint. 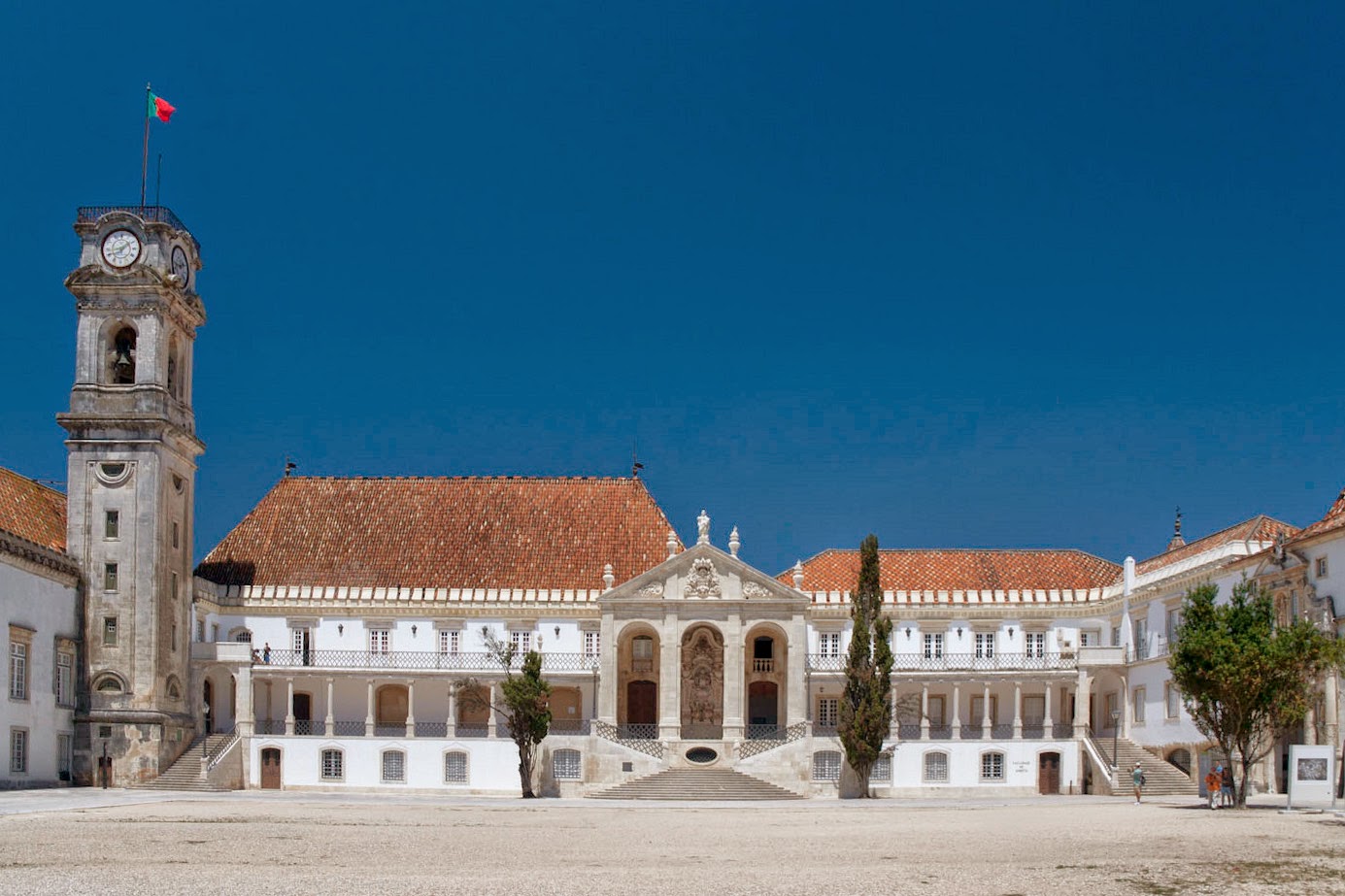 The University of Coimbra, established in 1290, is one of the oldest in Europe. In 1290 the University is founded in Lisbon by royal decree of King Dinis. Until the end of the 13th century it is part of a small group of 15 operating universities in Europe. After a period of alternation between the cities of Lisbon and Coimbra, the definite transference occurs in 1537, by order of King John III and with the strong influence of the Santa Cruz Monastery.

Today is UNESCO World Heritage. You could watch in the nomination video. 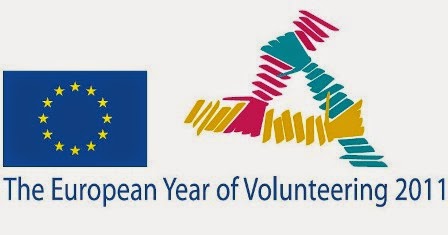 Teachers must include into the school curriculum the Europe Day  and European Year of Volunteering to teach European citizenship. Portugal is an old member of the EU.

Curriculum : All curricula or cross-curricular.

Let the students explore both themes and debate the meaning of solidarity between all the European countries!

"The European Union is at the service of its citizens. While keeping their own specific values, customs and language, European citizens should feel at ease in the "European home".

9th of May 2011: Europe Day
http://www.europeanmovement.eu

Members States of the EU
http://europa.eu/about-eu/countries/index_en.htm

What is Europe Day
http://europa.eu

"The European Union is at the service of its citizens. While keeping their own specific values, customs and language, European citizens should feel at ease in the "European home".

May 9: Europe Day 2011 by G-Souto is licensed under a Creative Commons Attribution-NonCommercial-ShareAlike 3.0 Unported License.
Posted by G-Souto at 4:39 PM