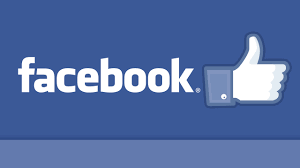 "From Dublin to Palo Alto via Milan, Colombia, and London, with world records and airships, in English, Spanish, Hebrew and Chinese, Facebook got a clear message this week, delivered in many ways – it's time the world’s largest social networking site connected its 600 million users to renewable energy, not dirty, dangerous coal and nuclear."

The message was also spreading in the main square of Milan, Italy with the unfurling of a huge Facebook: Go Green banner.

Greenpeace volunteers in Italy have been gathering support from Facebook users across Italy, check out the fun video of their activities.

Earth Day 2011 is April 22. It's only a few days away. Actions like this one can be important to support this year Earth Day's theme: A Billion Acts of Green!

Well, in a different way, schools can organize an Earth Day event.

"What can you do? Earth Day events are limited only by your imagination."

There are millions of things you can do locally to have fun and foster positive change in your school.

Read about a pedagogical project for Earth Day 2008

Speaking about green acts and volunteering, Portuguese students (up to 18) are called to volunteering to help the forests since 2005 during holiday season.

The program aims to educate young people to Environmental problems. And each year there are more and more students want to be volunteers. 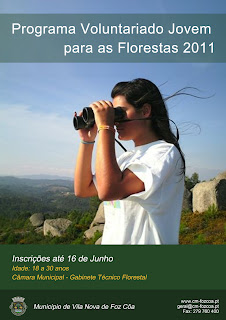 2011 is the International Youth Year, International Year of Forests and European Year of Volunteering. More than 5.000 Portuguese young people are involved in this program that began this year on April 1st and goes until November 30, 2011.

As you can see, it is a very interesting program "to teach by doing" about Nature in a civic action. Students learn and help saving the Forests.

For more information about the program, please visit the green blog, a project by my students: Geração Verde : Voluntariado Jovem Florestas 2011.

Do you share the same opinion? Do you think that your students decline knowledge of tha natural world?

I just can say that students are very curious to learn about natural world and they are engaging themselves in green actions, more and more each year!

Green Actions for Earth Day 2011 by G-Souto is licensed under a Creative Commons Attribution-NonCommercial-ShareAlike 3.0 Unported License.