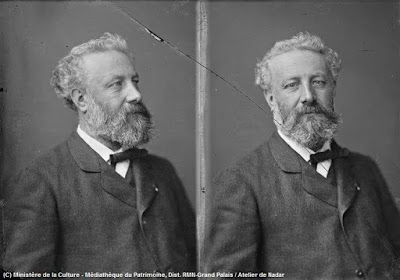 “Anything one man can imagine, other men can make real.”

Jules Verne, Around the World in Eighty Days

Today, 8 February, Google celebrates with a interactive Doodle the 183rd birthday of one of the most important science-fiction writer, Jules Verne, the French novelist, poet, and playwright best known for his adventure novels and his profound influence on the literary genre of science fiction. Verne was born on this day, 1828.

Jules Verne wrote fantastic novels as Twenty Thousand Leagues Under the Sea (1870) and Around the World in Eighty Days (1873), among many others.

Google is celebrating the occasion with an interactive Doodle. The Doodle was inspired on the novel Twenty Thousand Leagues Under the Sea.


It's beautifully designed and it also has a little secret! It lets your students navigate down 20,000 leagues under the sea. All they have to do is drag a lever with your mouse, tap your arrow keys, or - if they are viewing the Google page on an iPad, iPhone - tilt the screen.
They can explore the ocean from Jules Verne doodle in full view and HD. 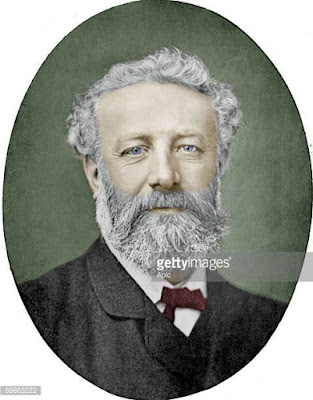 Jules Gabriel Verne was born on February 8, 1828 in Nantes, in France. His novels (basically science-fiction) were all about his vision, as he wrote stories on space and underwater travel, even before spaceships and submarines existed. He is the pioneer of science-fiction genre. 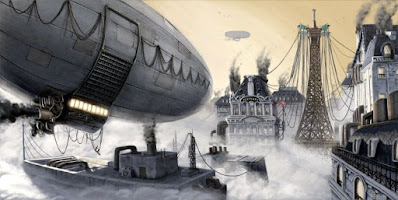 Verne is generally considered a major literary author in France and most of Europe, where he has had a wide influence on the literary avant-garde and on surrealism.

He has often been labeled a writer of genre fiction or children's books, largely because of the highly abridged and altered translations in which his novels are often reprinted.


Verne wrote about space, air, and underwater travel before air travel and practical submarines were invented, and before practical means of space travel had been devised.

Verne's stories, written for adolescents as well as adults, caught the enterprising spirit of the 19th century, its uncritical fascination about scientific progress and inventions.

His works were often written in the form of a travel book, which took the readers on a voyage to the moon in From the Earth to the Moon (1865) or to another direction as in A Journey to the Center of the Earth (1874). Many of Verne's ideas have been hailed as prophetic. 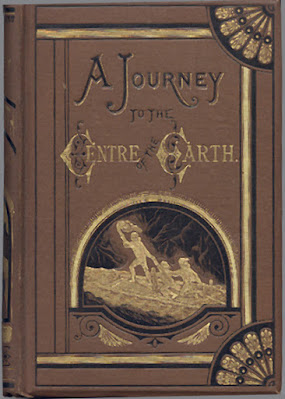 A Journey to the Center of the Earth
Jules Verne
https://en.wikipedia.org/

The pioneering ways of travel and exploration which he wrote so much about are now common-place for us, such as exploration of the moon, the north and south poles, and the use of hot air balloons for long-distance voyages. 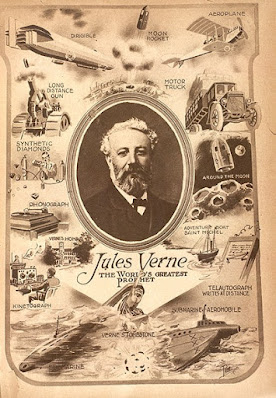 In his time, Verne was a true inventor and visionary; the names of his inventions and characters such as Captain Nemo, Phileas Fogg, and the submarine Nautilus have entered, and remain, a part of our popular culture. 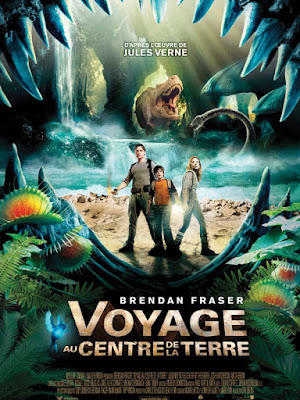 Journey to the Center of the Earth
Eric Brevic, 2008
http://www.imdb.com

Among his best-known books are Twenty Thousand Leagues Under the Sea (1870) and the classical adventure story Around the World in Eighty Days (1873). 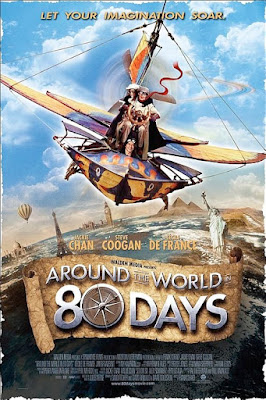 He wrote numerous short stories, essays, plays, and poems, alongside 54 extremely popular novels that only show a glimpse of the extent of his imagination.

For over 40 years Verne published at least one book per year on a wide range subjects.  Verne's oeuvre include 65 novels, some twenty short stories and essays, thirty plays, some geographical works, and also opera librettos.


Verne's works have inspired a number of film makers. Some of his books have been made into movies and now into games.

He remains the most translated novelist in the world, according to UNESCO statistics.

Verne is often hailed in level with Hugo Gernsback and H. G. Wells, as the "Father of Science Fiction."

Education :
1) Cartonize Jules Verne - the biographical essay done by students, or the novel that  you read in the classroom, could be cartonized with Convert to Cartoon, an easy way to create cartonized versions of images and drawings (students and teacher)

2) Create a video with Animoto (students and educator)

"Science, my boy, is made up of mistakes, but they are mistakes which it is useful to make, because they lead little by little to the truth."


Jules Verne, Journey to the Center of the Earth

Schools : Reading Jules Verne, the father of science-fiction : resources by G-Souto is licensed under a Creative Commons Attribution-NonCommercial-ShareAlike 3.0 Unported License.