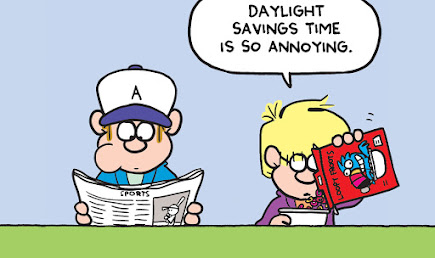 
It's that time of year when most of us in European countries and in North America have to move our clocks forward by one hour. USA states did on March 11, 2018, 3:00:00 am local daylight time instead. Also called Spring Forward, Summer Time, and Daylight Savings Time.

It is that time of year, when wake-up calls mean sunshine and days get a bit longer. Early risers rejoice and those of you who hit the snooze button - at least you get to do it with a bit of light in your room. However, this year students are happy, because DST starts on Easter season. Wow! They are lucky!

Well, at this time of the year time changes! In Europe clocks changes next Sunday 25 March  (almost in all countries!). 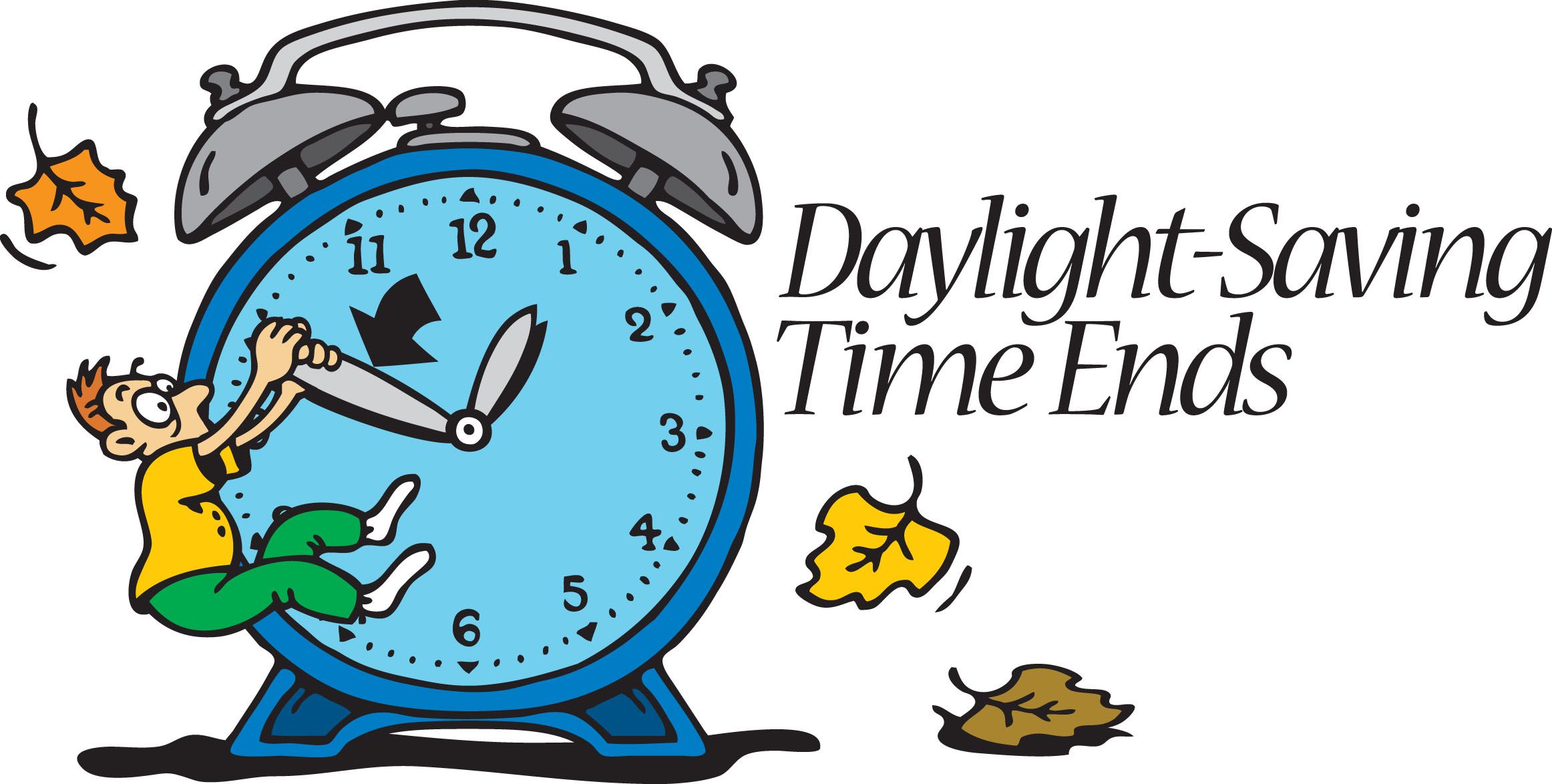 The implementation of Daylight Saving Time has been fraught with controversy since Benjamin Franklin conceived of the idea. 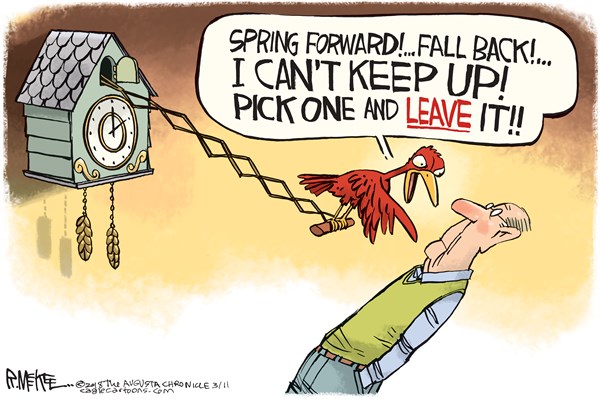 And then there's the physiological cost of DST: fatigue! The Centers for Disease Control and Prevention regard insufficient sleep as a public health problem in general— and the hour you lose in the spring makes it worse.

"Lack of sleep has many ramifications, from minor to major, depending on your accumulated sleep debt. Short term, lack of sleep tends to have an immediate effect on your mental and emotional states."

About 60 percent of people feel the effects of lost sleep the Monday after they spring forward, the "consumer education" arm of sleep products manufacturers.

Daylight Saving Time wasn't introduced in Europe until 1914 and America until 1918, when it was meant to conserve energy for World War I.

The practice became widespread on 21 March 1918 as a way to reduce the number of hours homes needed to use lighting and electricity.

The thought was, essentially, Franklin's: that people tend be more active in the evenings, so the extra daylight there would mean fewer hours where people lit their houses at night. 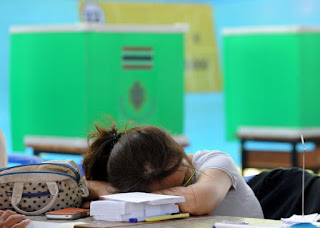 Like anytime you lose sleep, springing forward causes decreases in performance, concentration, and memory common to sleep-deprived individuals, as well as fatigue and daytime sleepiness.

Well, teachers know that DST can be disruptive for some teenagers and school children everywhere. Students feel tired in the morning courses during the first week.

The rationale behind changing the times on the clock makes little (or more likely, no) sense to them.

Be patient! Day Light Saving Time must go on this year. So, here you have some resources. 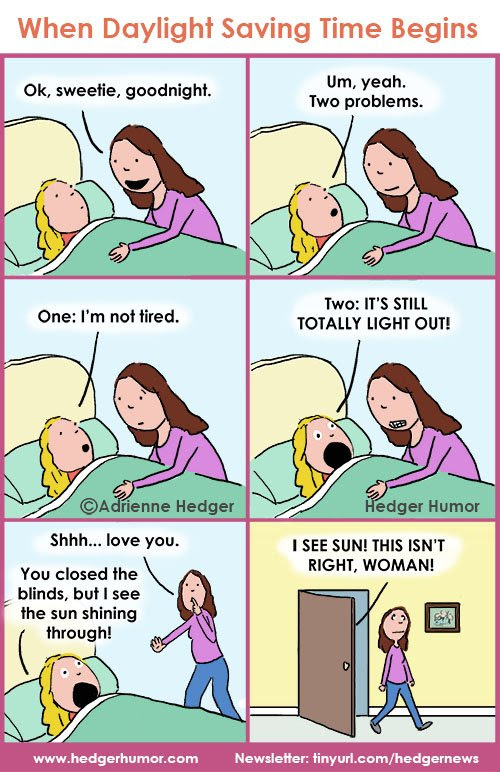 
You can include one or two of these videos into your school curriculum to provide a good explanation of the rationale for Daylight Saving Time. Students will understand better the reasons of DST. And please, discuss pros and cons with your students. They will explain better their reasons to be so sleepy in the first weeks after DST.

Kids are always curious to know why 'things' happen! Here a good way to let them learn about Day Light Saving, Spring Equinox and some traditions of different civilizations.

In Portugal and the UK clocks change soon after the start of Spring. We have the same time (GMT). 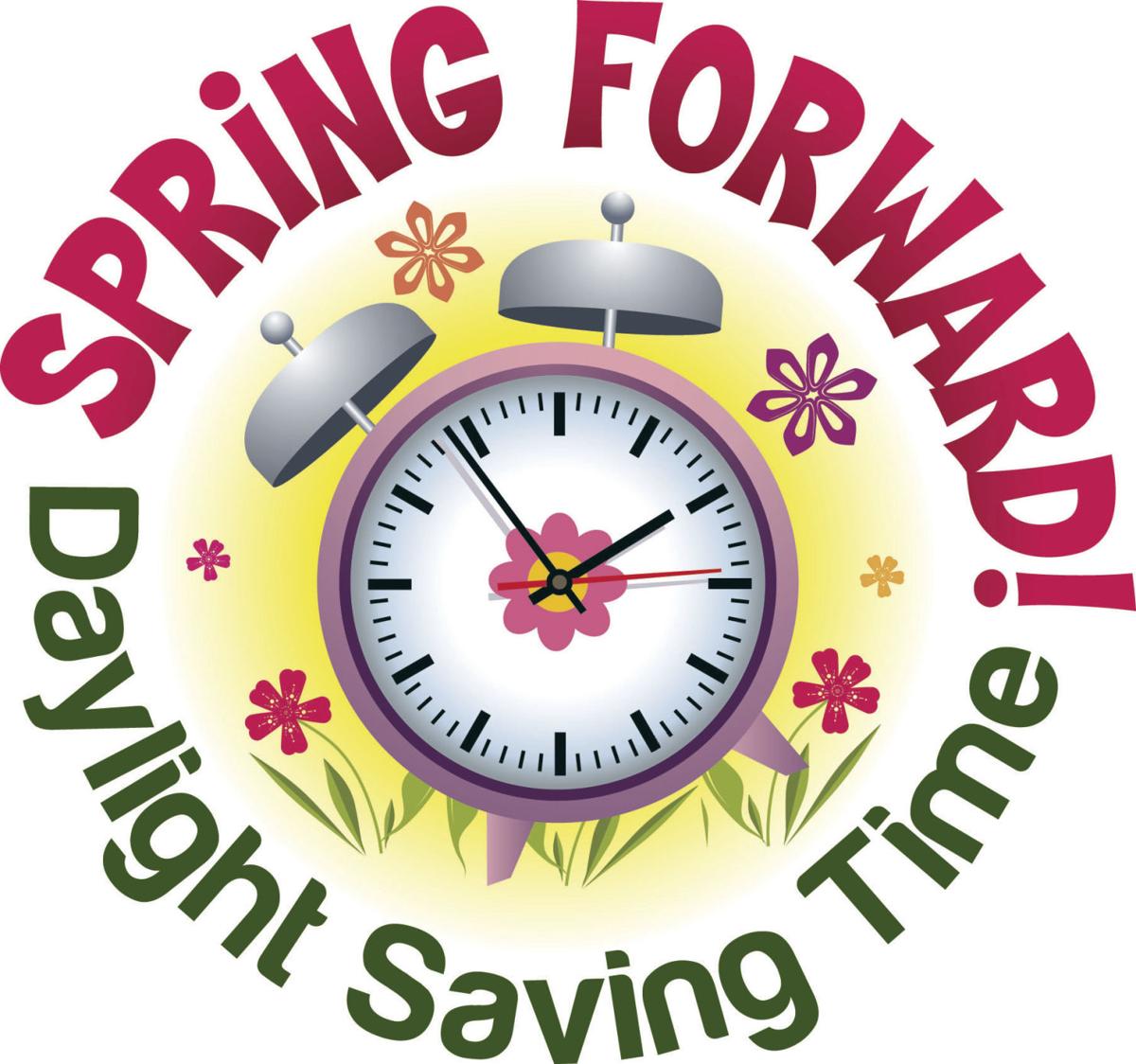 This year watches will go forward by one hour at 1am on 25 March, which is the final Sunday of the month.

This marks the start Daylight Saving Time - which means there will be less sunlight in the morning and more in the evenings.

Students will be invited to do some research about DST in other countries around the world as some different traditions in every country.

Teachers must adapt the activities to the levels they are teaching, of course.

Wishing all a Happy Spring time!