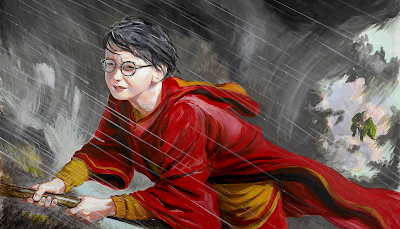 
For Harry Potter’s fellow students at Hogwarts, “A History of Magic” is historian Bathilda Bagshot’s legendary chronicle of Wizarding history. And last year, we mere Muggles got our own version. “Harry Potter: A History of Magic” is an exhibition from the British Library containing rare books, manuscripts and magical objects from the British Library’s collection, capturing the traditions of folklore and magic from across the world, which are at the heart of the Harry Potter stories. 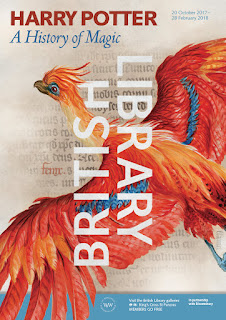 
"Have you ever wanted to delve into Divination, ponder the peculiarities of Potions and discover enchanting creatures?"

The British Library exhibition Harry Potter A History of Magic closed last February 2018. It has been a huge success. Thousands of students visited it.

I wrote about the exhibition on my post The 20th Anniversary of Harry Potter and the Philosopher's Stone : resources (June 2017). 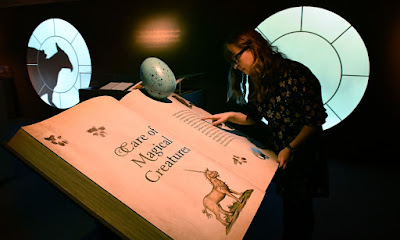 The Care of Magical Creatures room
in the Harry Potter: A History of Magic exhibition
The British Library
credits: Nils Jorgensen/Rex/Shutterstock
https://www.theguardian.com/books/

The exhibition has been created by the British Library to celebrate the 20th anniversary of Harry Potter and the Philosopher’s Stone. All the artefacts featured in the exhibition were rooted in the mystical and magical, capturing the traditions of folklore and magic which are at the heart of the Harry Potter stories.

The exhibition unveiled rare books, manuscripts and magical objects from the British Library’s collection, capturing the traditions of folklore and magic which are at the heart of the Harry Potter stories. Marvel at original drafts and drawings by J.K. Rowling and illustrator Jim Kay, both on display for the first time.
Students could admire the gargantuan 16th-century Ripley Scroll that explains how to create a Philosopher’s Stone. Gaze at Sirius in the night sky as imagined by medieval astronomers. They encountered hand-coloured pictures of dragons, unicorns and a phoenix rising from the flames. 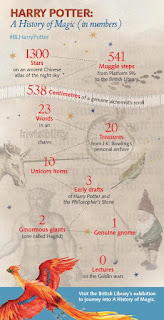 Harry Potter: A History of Magic (in numbers)
https://www.bl.uk/events/
Celebrating the 20th anniversary of the publication of Harry Potter and the Philosopher’s Stonewith this extraordinary new addition to J.K. Rowling’s Wizarding World.
Wow! British students were so lucky! Well! Wow! There is a chance to all the Potterheads in the world.

The exhibition is closed! Yes! However, thanks to the wonders of modern technology and the clever team at Google Arts & Culture, students of all over the world have now the opportunity to explore the exhibition online in detail on their special, dedicated page here.

To bring the Harry Potter magic to more fans around the world, hundreds of the exhibition’s treasures from London as well as 15 online exhibits are now available in six languages at Google Arts & Culture. 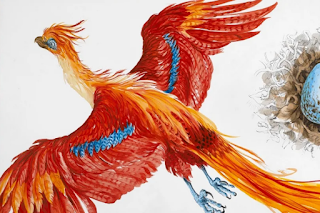 
Google Arts & Culture are taking students through a week of Muggle Magic lessons to tie in with the launch of the online exhibition. Yes! Google Arts and Culture debuts Virtual Harry Potter Exhibition

For all students who dreamed of attending Harry Potter Potter London exhibition and could not, Google Arts & Culture is providing a magical hack to bring the exhibit to everyone.

If your students didn't have the chance to see the London exhibition in person, the digital version is definitely worth it!

Your students will be mad. Let students, tutoring the youngest, to check out everything the virtual tour has to offer! There is so much to see and do, and right from their computer, tablet or digital device.

The physical exhibition is due to close February 28, but in partnership with Google Arts & Culture, the British Library has made it accessible online.

The virtual exhibit is teeming with images, interviews, and articles. It also features a few interactive touches - they can examine the length of the Ripley Scroll, a 6-metre-long 16th century document that contains the recipe for the philosopher's stone. 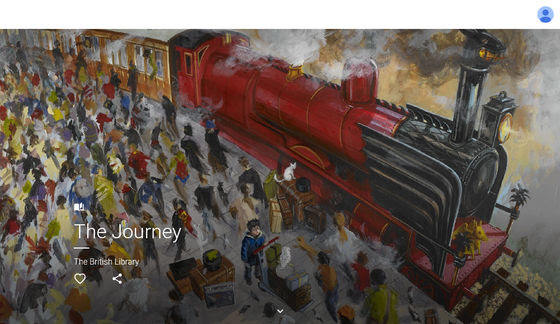 From taking a Herbology class with Culpepper’s Herbal, to Rowling’s original sketch of the Hogwarts’ grounds, with her meticulous notes; from the original synopsis of the first Harry Potter book, to exploring The Ripley Scroll, which describes how to make the fabled Philosopher’s Stone, the virtual exhibition is a treasure trove for Potterheads.

Step back in time to the beginning of Harry Potter's journey transformed from an idea into a beloved reading phenomenon. 
From browsing original sketches by J.K. Rowling to exploring the world of fantastic beasts, Google Arts has truly created something magical for fans to see the exhibit from anywhere in the world.

It's  an experience I can't wait to go on this virtual magical journey. What about you and your students?

Students can check out their interview… and be warned, it contains a rather gross-looking mermaid.


Harry Potter: A History of Magic has seen the Library’s first foray into the world of augmented reality. Here's a peek at how Google Arts & Culture has allowed our visitors to explore the beautiful Celestial Globe in the exhibition!
A 360-degree tour of the Divination Room is also on offer. Other exhibits include medieval manuscripts, precious printed books and Chinese oracle bones to explore magical traditions, from the making of potions to the harvesting of poisonous plants, and from the study of the night sky to the uses of unicorns.

Teachers and students visit Google Arts & Culture and have a rummage around in the goodies on display.

Have your students got their wands and notebooks at the ready? Go! Be warned, though. You may well be playing on this page for hours. I've been playing for some hours while writing this post!

Yes! I'm a huge fan of Harry Potter. I taught the first Potterheads in 1999. They arrived at school with first smartphones and a special book! Harry Potter and the Philosopher Stone.