“The glassy pear tree leaves and blooms, they brush
the descending blue; that blue is all in a rush
with richness; the racing lambs too have fair their fling.” (...)

On a spring morning it is a poem we can recite that makes spring seem more intensely itself. 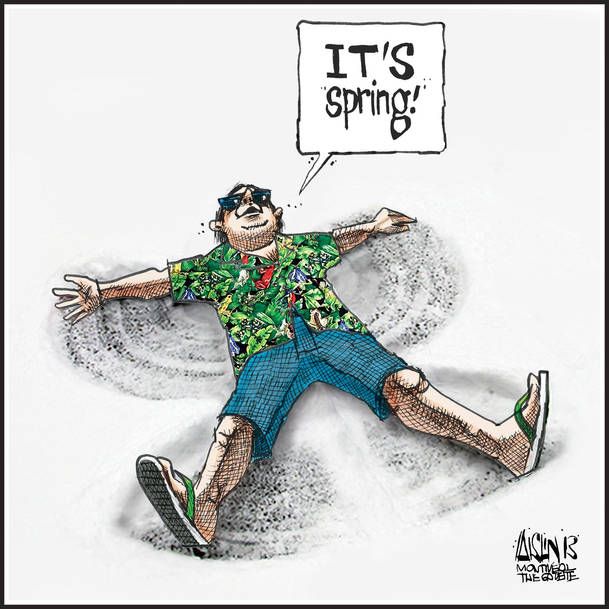 Spring is back! Today 20 March is the first day of Spring 2018. Also known as the vernal equinox. It may still be frosty around Portugal, but spring is officially about to start. This year, the vernal (or spring) equinox takes place today, Tuesday, March 20, 04:15 (GMT). It's spring equinox which, in the astronomical system of seasons, is the first day of spring.

I feel very happy ! Today is the 1st day of Spring and International Day of Happiness! Wow! Must be happy, right? Two wonderful days in one!

Of course Google could not forget to celebrate the 1st day of spring with one of its famous doodles. I love doodles, you know that !

"This year’s seasonal Doodle series protagonist, Quinn, is strumming a pleasant tune to coax a mysterious creature out of hiding. With a mild breeze and beautiful flowers, would it be, could it be, spring?"

The Doodle welcomes the spring equinox, a celestial event which marks the beginning of spring in many cultures.

This date is when day and night are around the same length, each lasting around 12 hours. It usually takes place on 19, 20 or 21 March every year.

Fall Equinox 2018
doodler: Sophie Dao
https://www.google.com/doodles/
Just following the equinox, the southern hemisphere will gradually begin to tilt away from the sun’s rays and usher in the cool, crisp autumn weather. So the opposite occurs, as autumn begins at the same time.

Origin of the word Vernal;
The word "vernal” comes from the Latin vernalis word for spring, while equinox literally means "equal night" (equi means equal and nox means night) as both night and day last for an equal amount of time.

The astronomical event marks the start of spring in the northern hemisphere, which means longer days are on the way and people around the world will celebrate fresh starts.
The equinox happened 4.15pm (GMT). An equinox is the moment when the barrier between night and day (called the solar terminator) is perpendicular to the equator – i.e., when the sun is shining directly on the side of the planet.

At the March equinox, the subsolar point – the border of the sun’s light – hits the equator, then moves northward. In September, at the autumnal equinox, it moves south. On the equinox, the length of daytime and nighttime is roughly the same all over the planet.

The vernal equinox marks the start of spring and a time for new beginnings, birth and fresh starts.

You know Stonehenge. On the summer and winter solstices and spring and autumn equinoxes, Stonehenge is open to visitors (and the local Druids) who want to witness the sunrise over the stones.

Stonehenge one of the wonders of the world and the best-known prehistoric monument in Europe, will be open from the start of the equinox to allow Druids and Pagans to gather and see the sun rise above the ancient stones.

Druids and Pagans will celebrate the ancient Saxon goddess Eostre, a Germanic goddess of spring who symbolises fertility and new beginnings.

Similar to the symbols observed at Easter, like eggs, rabbits, new bulbs of flowers, and seedlings bursting forth from the earth, many Pagans embrace these symbols to represent the fertility of spring and incorporate them into rituals, altars, and celebratory feasts.

The word Ostara is just one of the names applied to the celebration of the spring equinox on March 20.
Of course, it's also the same time as the Christian Easter celebration, and in the Jewish faith, Passover takes place as well. For early Pagans in the Germanic countries, this was a time to celebrate planting and the new crop season. 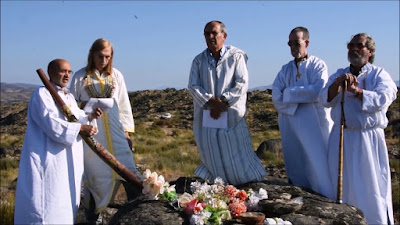 A number of festivals take place around this time all over the world, dating back to ancient times.

The link with the vernal equinox is clear as it coincided with pagan celebrations of rebirth and renewal.

The vernal celebration exists in Portugal from Ancestry.

The Mayan calendar is famed for its spring equinox rituals at the stone-stepped pyramid at Chichen Itza, Mexico which was later significantly influenced by the Toltec civilization.

The pyramid, where human sacrifices once took place, is made in a way that a “snake of sunlight” moves down the steps on the day of the equinox.

The day arc of the sun, every hour, during the equinox as seen on the celestial dome, from the pole.
credits: Tau’olunga/ Wikimedia Commons
https://commons.wikimedia.org/ 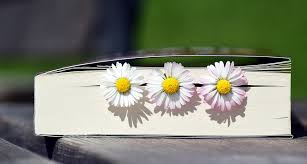 Do you need more interesting facts to share with your students ? Spring time, equinoxes, traditions? No! You have all you need to your lesson.

Students may do some research about the several themes around Spring time. Of course, the most important is science. 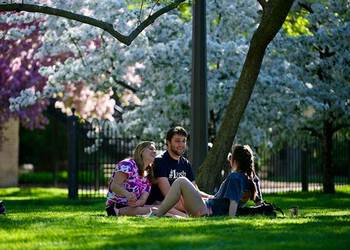 But literature can be very interesting as well. Select a small number of literary texts from different civilizations to include into your lessons about spring equinox.

On the spring morning, g outside a park near your school and invite your students to recite a poem they choose.

Teachers must adapt the activities to the level they are teaching.

Wishing all a Happy Spring!