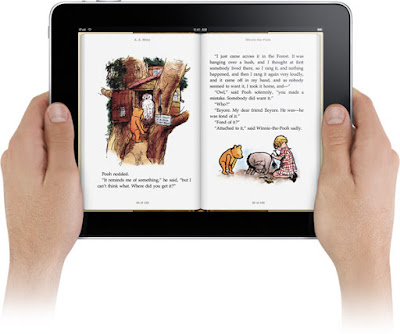 
I remember so well when the first iPad for education was announced in 2010 by Steve Jobs. When I saw the video presentation, I was looking forward to experiment the amazing innovative device! It was love at first site!

And then iPad 2 in 2011. Wow! New amazing media world opened to use in Education! Teachers were delighted to have amazing devices in the classroom and young people loved it! It was so exciting. I do love the mind of Steve Jobs. He was special. He was a real innovator. 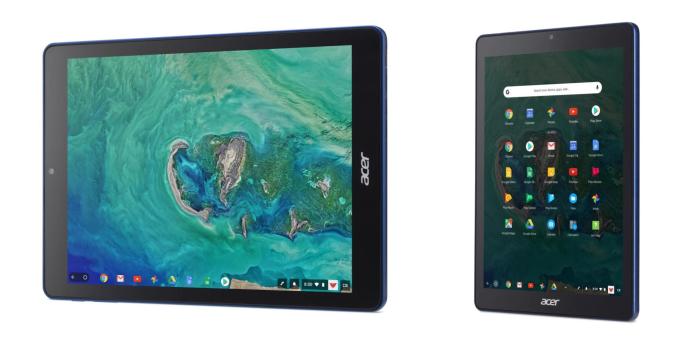 So, this week, we have two new tablets for Education, almost at the same time. Chrome OS tablet and the new iPad geared toward the education.

Last March 26, Google announced its first education tablet designed with Chrome OS. The Acer Chromebook Tab 10 will be the first such Chrome OS tablet for schools to land in kids’ hands.

"Since their debut, schools have chosen Chromebooks because they are fast, easy-to-use and manage, shareable, secure and affordable. We've listened carefully to feedback from educators around the world, and one common theme is that they want all the benefits of Chromebooks in a tablet form." The tablets also will enable students to jump into educational AR experiences given their handheld form factor and Google’s upcoming rollout of the Expeditions AR platform on the devices, which the company promises will allow students to visit the Great Barrier Reef, the Colosseum and International Space Station said Lucas Matney (TechCrunch).

Being a Chrome OS device, it will integrate into the IT systems of schools with a Chrome education license and will give students a device they can easily pass around and jot notes on with stylus and touch controls.

The device itself is a pretty standard 9.7 inch 2048×1536 tablet that will retail for $329, the same price as Apple’s entry-level iPad. Read more on Blog Google Education here

And yesterday, March 27,  Tim Cook presented the new iPad for schools. He hosted a “field trip” to talk about the new iPad 9.7 inch: "Like a computer. Unlike any computer."

Google has won over a large portion of the education market in the US, something that can be credited to both the cheapness of web-based Chromebooks and the accessibility of Google’s apps.

Apple knows this, so yesterday, it hosted a “field trip” — that’s actually what it was called — for press, teachers, and student journalists at a magnet high school in Chicago.

Apple presented another iPad and a new and improved suite of apps for teachers and students.

The new, $329 9.7-inch iPad ($299 for students) supports Apple’s fancy Pencil, as well as a new stylus from Logitech called Crayon.

Need to scribble some notes or use a fine point to edit a photo? You can do that on a cheap iPad now. 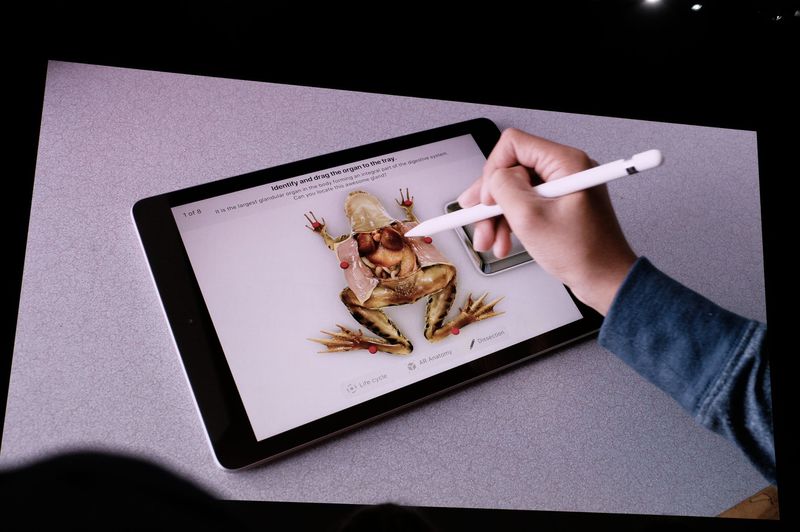 The school iPad also supports ARKit, which means it can run sophisticated AR apps. One example is an app that lets you dissect a virtual frog. (You don’t even need to Google “formaldehyde.”) And there’s a new Apple-designed curriculum called Everyone Can Create, which joins Everyone Can Code as part of a suite of apps for, well, making things: music, art, videos.

In an attempt to make it easier for schools and educational customers to bring iPad into the classroom, Apple is providing its 2018 iPad at a discount, cutting the just-announced tablet from the regular starting price of $329 down to $299.  Wow! Read more on Apple Education here 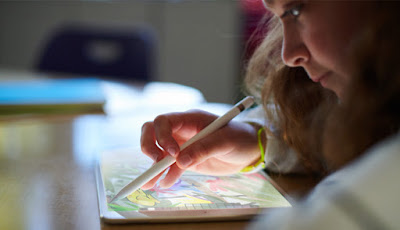 Steve Jobs was the first to revolutionize the concept of education bringing attractive technology in Education. iPads, iPods, smartphones on the hands of all students.

Introducing those Apple devices in the classroom was such an experience! I did it for the first moment (I was a former teacher on TV Schools, so I loved technology since the early years in 1989) and my students were so glad to work in the classroom with the gadgets they used only for fun.

They loved technology and they had grown up working with touch devices, so tablets were intuitive for them. 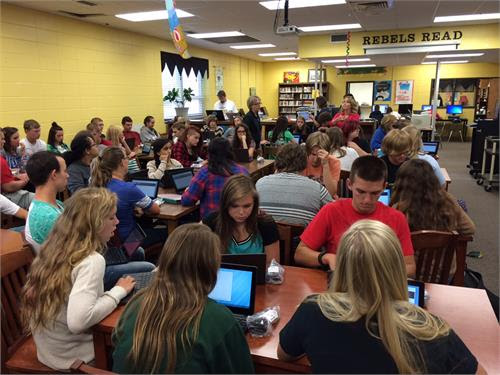 Now, Google Chrome tablets are lightweight and durable, allowing students to collaborate, create and learn from anywhere. And they come with a low-cost Chromebook stylus inside that doesn’t require charging or pairing. The stylus uses advanced machine learning to predict student writing for a natural writing experience.

Teachers are always thinking in captivating the students to a better school performance and new digital skills. So, they understand how gadgets like iPad and Chrome OS tablet could excite the students in the classroom. And they do incredible experiences, developing digital skills to the job market in the future.

I only could read some of the most interesting tech articles. I'm not living in the US. I only can present the principal features of the two devices, Google and Apple tablets, after reading these tech opinions. They were there, they could touch and work with the new devices.

Teachers, it's up to us to choose the best to all of our students when we will can to test and compare pros and cons the two devices in our countries.