Men and women played their part in the biggest seaborne invasion of World War Two.

On 6 June 1944, British, US and Canadian forces invaded the coast of northern France at Normandy.

156,177 troops were deployed throughout the day from five infantry divisions and three airborne divisions. 133,000 of those men were sent to five beaches chosen by the military high command.

They set sail in 6,939 vessels — an impressive armada for a single naval operation.

The landings were the first stage of Operation Overlord - the invasion of Nazi-occupied Europe - and were intended to end World War Two.

The invasion of Normandy was the largest amphibious assault ever launched. Over 150,000 troops landed on D-Day.

By the end of D-Day, the allies had established a foothold in France. Within 11 months Nazi Germany was defeated.
Many as 4,413 Allied troops died on the day of the invasion - more than previously thought.
D-Day 70th anniversary tributes by remembering those who died on a day that "changed the world". 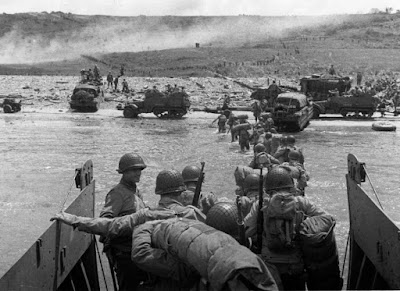 As the veterans said we must not forget the History. From media reports to source documents, this collection of resources will inspire teachers to include the anniversary of the Normandy landings into their lessons across different curricula.

2014 was a big year for anniversaries related to the first and second world wars. 2014 mark 100 years since the start of the first world war, but it also sees the 70th anniversary of the D-Day landings and the allied invasion of occupied Europe during the world war two. 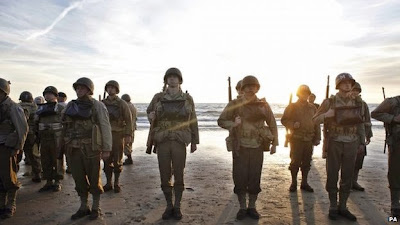 Historic anniversaries are an excellent opportunity for teachers to include into all school subjects, from Media to History, bringing the emotion and daring of the days into the classroom with this collection of resources. 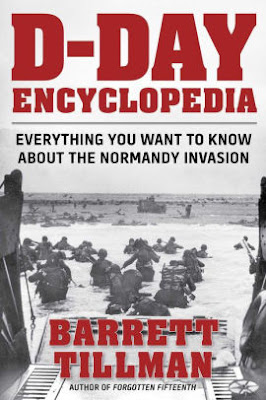 A small ceremony was held on Saturday, 6th June 2020 morning at Omaha Beach in Saint-Laurent-Sur-Mer to honour the sacrifice of those who died in the 1944 D-Day landings.

Compared to twelve months ago, when tens of thousands reached Normandy's northern French beaches, a much smaller number of people attended this year's celebration due to the coronavirus pandemic.

When the sun rose on the other side of the English Channel, there was no usual cheering and old military vehicle noise.

Still, the French would not let this day go by unnoticed, such is their attachment to some 160,000 soldiers from the United States, Britain, Canada, and others who shed their blood to free Europe during World War II.

Ceremony honouring the fallen on D-Day in Normandy 2020
https://www.euronews.com/2020/06/06/ceremony-honoring-the-fallen-on-d-day-in-normandy

Memories of the D-Day, Replayed on the Normandy Coast
https://www.nytimes.com/2014/06/07/world/europe/memories-of-d-day-replayed-on-the-normandy-coast.html

Interactive presentation from the Guardian
https://www.theguardian.com/flash/0,,1183628,00.html 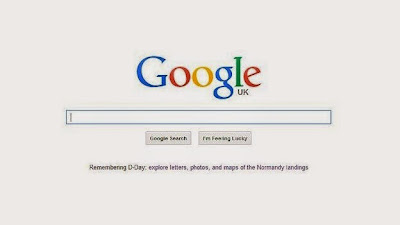 Beneath its logo there is a link to letters, photos and maps of the Normandy landings. 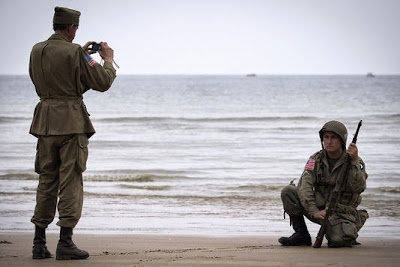 Allied land forces that saw combat in Normandy on D-Day itself came from Canada, the United Kingdom and the United States. Free French Forces and Poland also participated in the battle after the assault phase, and there were also minor contingents from Belgium, Greece, the Netherlands, and Norway. Other Allied nations participated in the naval and air forces.


The battle for Normandy continued for more than two months, concluding with the closing of the Falaise pocket on 24 August, the Liberation of Paris on 25 August, and the German retreat across the Seine which was completed on 30 August 1944.

Students can have access to aconsiderable number of resources included on this post that teachers will include into school curricula after a wise review to adapt to the different levels and ages they are teaching.

"Under the ominous shadow which the second World War and its attendant circumstances have cast on the world, peace has become as essential to civilized existence as the air we breathe is to life itself."