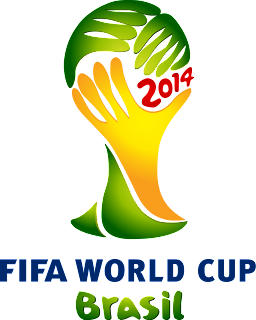 The 20th Fifa World Cup kicked off yesterday, June 12. Students, boys and girls are excited about it! Their team will be there, for sure. And they will want to know everything about the matches, the team and the host country Brazil.


Brazil! Such an interesting country in South America. Students can learn about another the rich culture, traditions, food and holidays.

Google couldn't miss it. Since June 12 Google is celebrating the 2014 Fifa World Cup with some doodles on its homepage.

On the first Doodle students and teachers who landed on the search engine’s homepage saw a football bounce onto the screen, in the green and yellow of host nation Brazil's official flag.


The letters which make up the Google's logo then sprout tiny stick arms and legs and bob up and down, while a cartoon version of Rio de Janeiro unfolds in the background.

Iconic landmarks appear in the depiction, including the almost 100ft statue of Christ the Redeemer pictured atop the Corcovado Mountain, and cable cars travelling to the Sugar Loaf Mountain. If they missed it, here the song by Shakira ft. Carlinhos Brown.

Why not to include the Word Cup 2014 into your school curriculum as we have done during the 2012 Olympic Games ?

The World Cup began yesterday, June 12 and will end the 15 July 2014. On July, most of the students in primary and high junior school in European countries, and some other continents wil be out of school for summer holiday.

Thus, a great number will be in class in July until the Final of the World Cup. They have exams and le Bac in France. 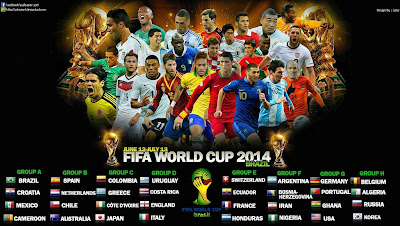 They are talking about their heroes, the players of their team or about a famous one, as Ronaldo, the Portuguese player. 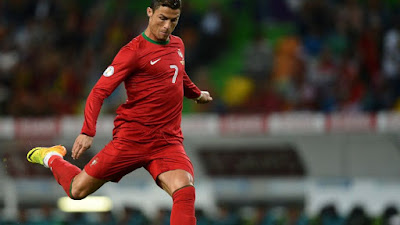 Teachers are preparing their lessons for the end of school time. But I am sure that they will include the World Cup 2014, of course. Teachers can not lose this awesome experience! Such a great resource to include real life and students interests in different school curriculum or better in cross-curricular.

The theme can empower your students to become globally connected critical thinkers, problem solvers, and decision makers who truly make a difference in the lives of others around the world.


I am sure that a lot of students are talking about it. Brazilian students are the luckiest because some of them will be at national stadiums with their parents watching live.

The great number around the world will be watching live on television or on the Internet, day by day, supporting their favourite players and teams. The most curious or big fans will know a lot about the World Cup and will share their 'football' knowledge in the classroom with teachers and classmates. This time, teachers will learn a lot with students. For sure ! 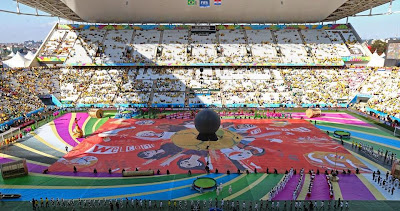 Teachers are wondering how they might include the WC2014 into the curriculum and are searching for resources.

It's a special event that can get young people excited about their learning across the curriculum.

So the tournament starts, check out my selection of World Cup-themed lesson resources.

Here some ideas and resources that will help teachers use football to tackle learning across a range of subjects, cross-curricular, covering all age groups on primary and secondary education. Check out my selection of World Cup-themed lesson resources:

Two days ago Google launched a fantastic project on Street Art, A Tour to Streets of Brazil. The little guy is here to take students on a tour of Brazil’s cities in all their World Cup glory. 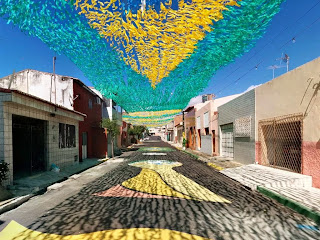 They must click on the link and it will take them to a special Google Maps collection of all the painted cities of Brazil.

If students can't be there, this is the best tool to explore. Students can create photo spheres of where they're celebrating the World Cup with the new Google Camera app for Android.

Students can read about matchs, teams, players, groups, awards, curiosities, and all staff.

They can explore the Live Activity Map or join the global conversation.

Activities to support students to use football to examine inequality between and within countries, explore footballers and other people who have taken action to make the world fairer, examine news around the World Cup, consider how making new rules in football could make the game fairer, and understand the causes, effects and solutions to inequality in Brazil and what are the benefits and disadvantages of hosting the World Cup?
Before World Cup kicks-off the EU launched a campaign designed to raise awareness of the sexual exploitation of minors in#Brazil.
Watch the video of the campaign and discuss it with your students:


There are so many resources that you can choose, prepare, or create !