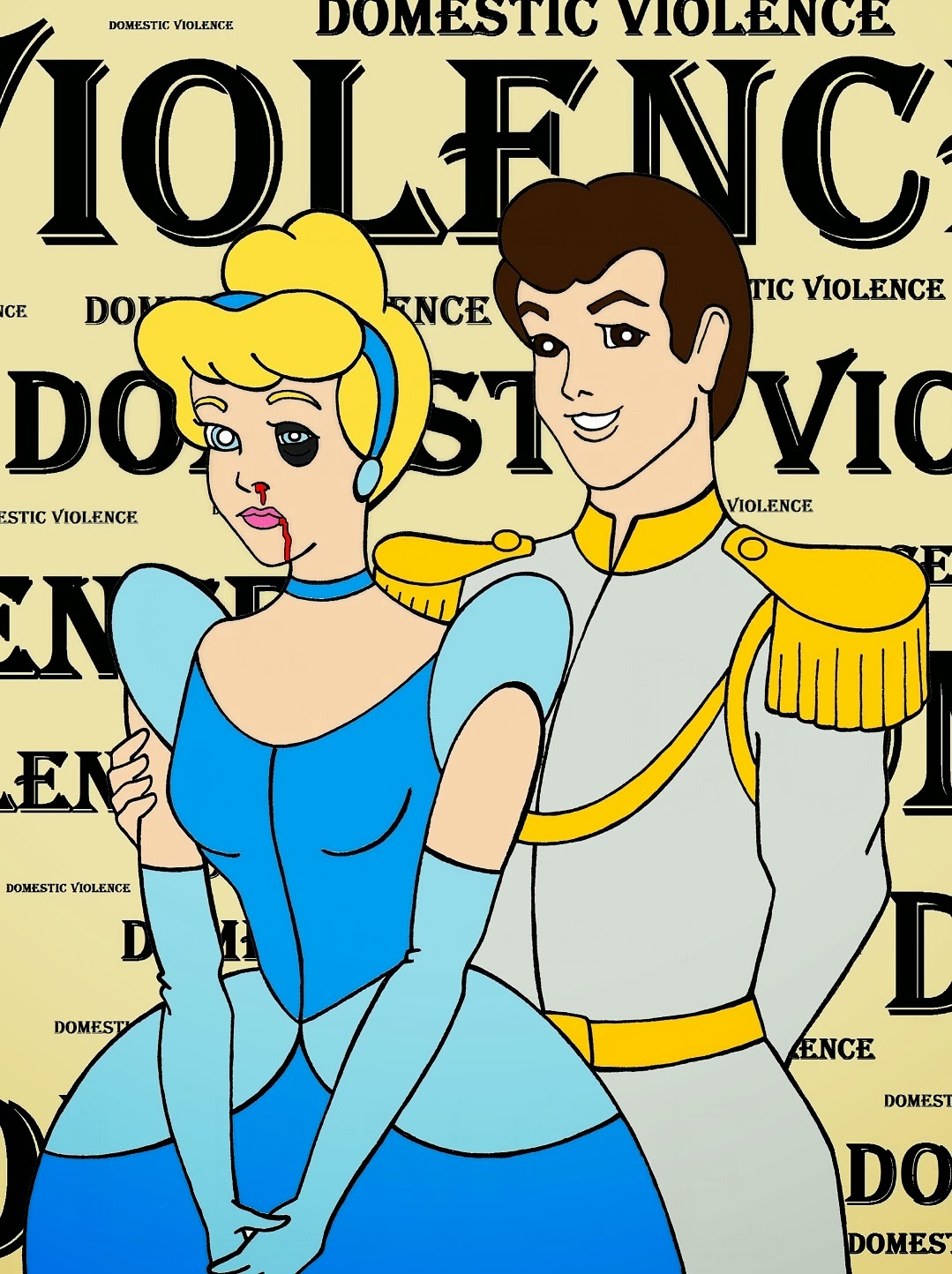 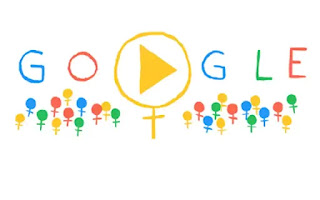 Of course Google could not forget Women's Day ! So, since yesterday, the 7 March, Women's Day is the subject of the Doodle displayed on Google's homepage in every country.

But let's return to Google Doodle. It has an important message. Oh! You watched it, of course.

There is a video-based doodle that can be seen in every country across the world on the eve of International Women's Day.
In the Doodle, the Google logo features a play button in the second 'O' of the logo, which also depicts the Venus symbol for women - a small circle, with a cross below it.

The Google logo in turn is surrounded by more Venus symbols. Hitting the play button does a YouTube video to open up. The video shows over 100 women from all corners of the globe in 80 seconds, wishing people Happy International Women's Day in different languages.

Amongst other famous female personalities, the video features Malala Yousafzai and Asha Bhonsle and bizarrely - children's character Dora the Explorer. You can watch the video below:

The 2014 theme for International Women’s Day is: “Equality for women is progress for all”.

Last year, in 2013, UNESCO Women's Day theme was “A promise is a promise: Time for action to end violence against women”

International Women’s Day was first honored more than one hundred years ago in a handful of European countries.

Many students in schools and other educational settings participate in special lessons, debates and presentations about the importance of women in society, their influence, and issues that affect them.

Education is a key to prevent violence against women and young girls through the challenging of dominant gender norms and stereotypes among young people leading to more gender equal relations within which violence is minimized or exclude. 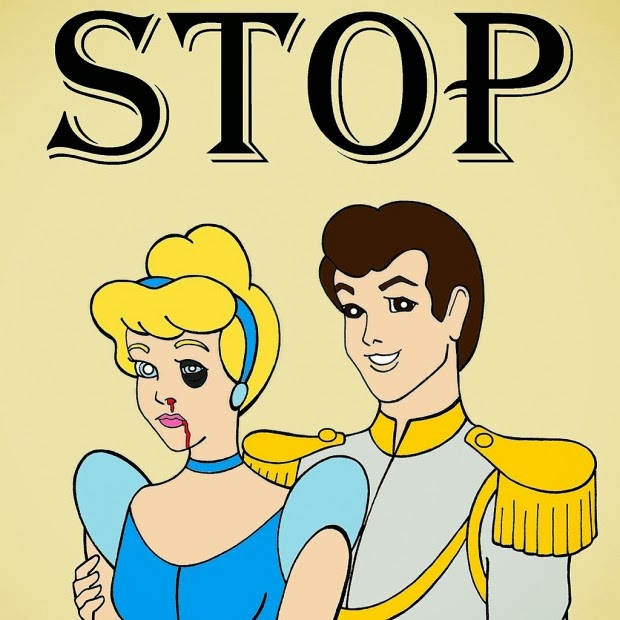 Because I believe in prevention more than ever, I would like to write about violence against young girls using  aleXsandro Palombo's new work.

In a dark nod to International Women's Day, he has turned to the world of cartoon characters to shed light on the horrors of domestic violence.

His series, No Violence Against Women, transforms iconic animated women into victims of abuse, resulting in a familiar yet ultimately disturbing collection of illustrations. 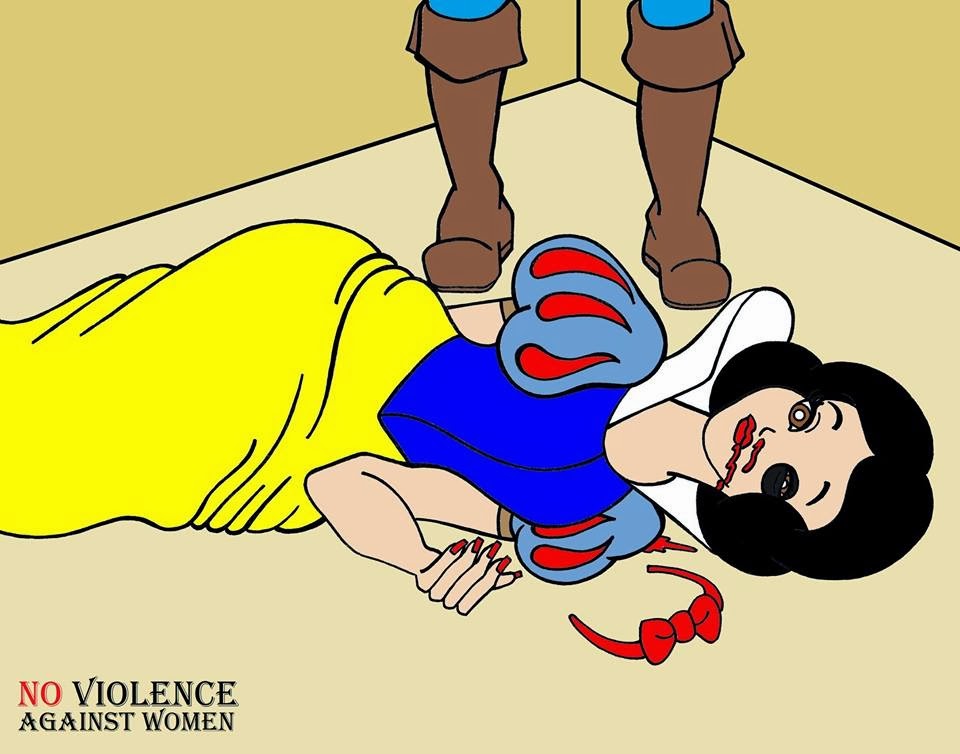 A bloodied Snow White is shown at the feet of her Prince Charming, Olive Oil appears hideously bruised at the hands of Popeye can be seen beaten as she stands pitifully next to her cartoon husband. Black eyes, bloodied lips and blank expressions abound, as Palombo renders the most appalling scenes of violence in the hues we often see in Disney films.

Despite being cartoons, the images are certainly difficult to digest. Palombo wrote in a press release that his recent images are intended for International Women's Day. 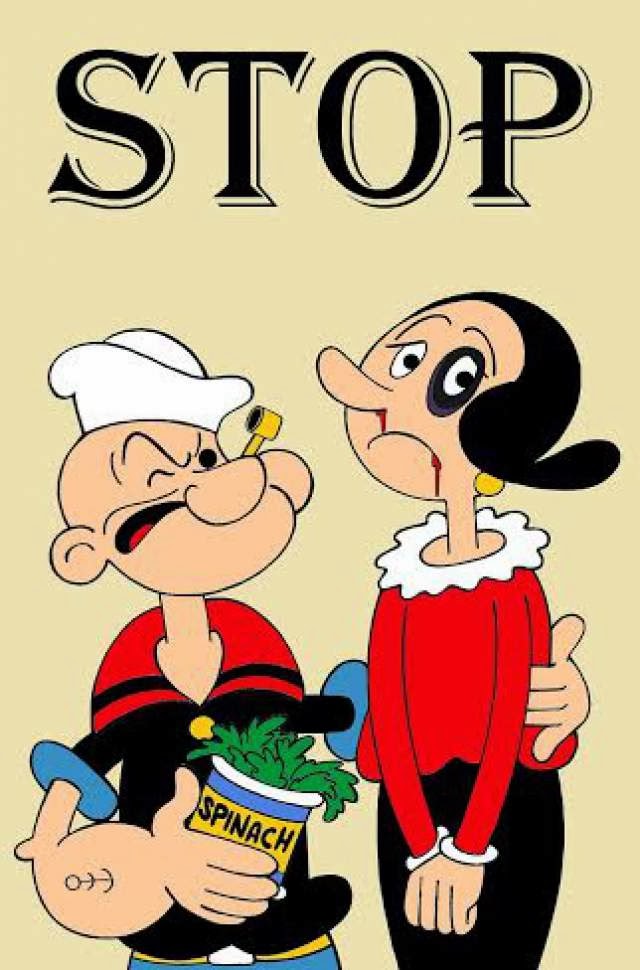 However, I think students will be focused on this dark side of the heroines of the fairy tails or comics of their childhood or young adolescence and they will develop interesting debates about Palombo's work.

After the debate, ask your students to prepare some presentations by choosing different heroines from comics, stories and movies. Develop a work cross-curricular project: Languages; Design & Multimedia; Civics.

So, you have two awesome digital resources: Google Doodle and aleXsandro Palombo portrays.

You can include into the school curriculum according to the level you are teaching. It's up to you to decide how include the digital resources into pedagogical context.

For me, they are effective. It’s hard to look at what are usual charming and beloved characters of our childhood in scenes like these. I think this makes a nuanced point about how isolating domestic violence can be, when those around you don’t recognize your abuser as someone who could possibly have those traits.

March 8th is a day when we recognize women’s rights, issues and achievements. And this must begin at home and in school.

Education can play a major role in prevention of violence in various ways: through increasing school safety, promoting gender equal attitudes and practices among staff and students, and empowering women and young girls to enable them to enjoy their full human rights." 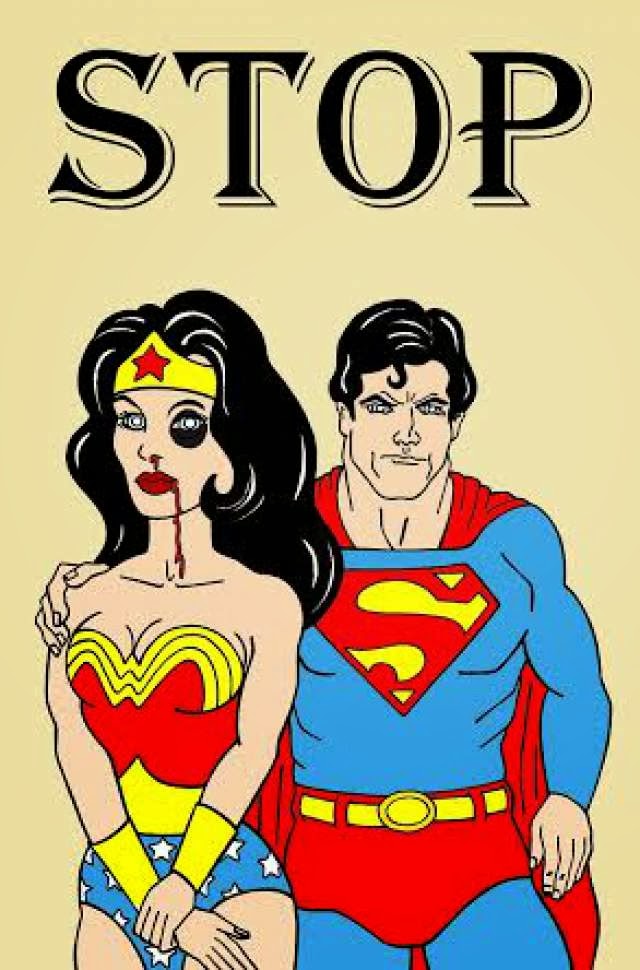 Using Wonder Woman makes a strong point that there is no real 'profile' when it comes to victims of violence against women and young girls.

"It’s undoubtedly disturbing to look at beloved characters in situations like these – especially fairy tale princesses and superheros. But the images are jarring and will definitely get people thinking about the plague that is domestic violence.


Preventing violence against women – a challenge for all.