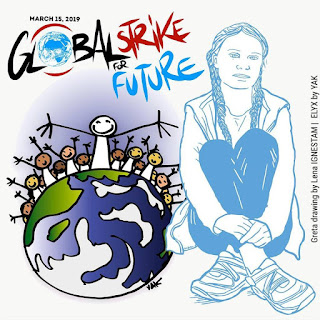 Are you ready ? Tomorrow 15 March 2019 will will be the Global Strike for Future ! Wake-up Call, the planet is burning. Use your influence and your heart, this is now or never !

March 15th, Global Climate Strike For Future! Call to the youth of the world. On March 15, along with 100 countries 1 600 cities on all continents, from Argentine to Iran, Bangladesh, China or Nigeria, students will create a Global strike For Future together! To show the Climate Crisis is a Crisis!

We are well on our way to a global warming will be over 3C. Climate science shows even  well below 2C will cause massive starvation, drought, fire tornados, floods, wars and death. 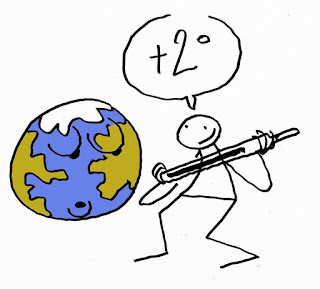 "All because today's adults don’t care about tomorrow. They are stealing our future right in front of our eyes! They destroy the planet by living off it!

The adults are not mature enough to tell it how it is, even this they leave to us children!"

"We may be skipping school but we are not failing school, adults are both skipping the planet and failing their future and ours. Today we use 100 million barrels of oil every single day. There are no politics to change that. There are no rules to keep that oil in the ground." 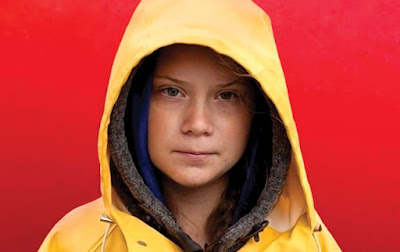 "1659 places in 105 countries. And counting. Tomorrow we schoolstrike for our future. And we will continue to do so for as long as it takes."

Greta Thunberg has inspired students, striking every Friday in front of her Swedish parliament.

On the 17th and 18th of January 2019 alone went on strike in Sweden. Greta Thunberg cut a frail and lonely figure when she started a school strike for the climate outside the Swedish parliament building last August.

Her parents tried to dissuade her. Classmates declined to join. Passersby expressed pity and bemusement at the sight of the then unknown 15-year-old sitting on the cobblestones with a hand-painted banner.

Eight months on, the picture could not be more different. The teenager is feted across the world as a model of determination, inspiration, and positive action.
National presidents and corporate executives line up to be criticized by her, face to face. Her Skolstrejk för Klimatet (school strike for climate) banner has been translated into dozens of languages. And, most striking of all, the loner is now  anything but alone.
The movement has spread beyond Sweden to other European countries. More than 60 000 students went on strike in Sweden, Germany, Belgium, Switzerland and Italy.

And now on March 15, along with 105 countries on all continents, students will create a Global strike For Future together!

Tomorrow, 15 March, when she returns to the cobblestones (as she has done almost every Friday in rain, sun, ice and snow), it will be as a figurehead for a vast and growing movement.
Remember her speech on January at COP24 Climate Change at Davos: 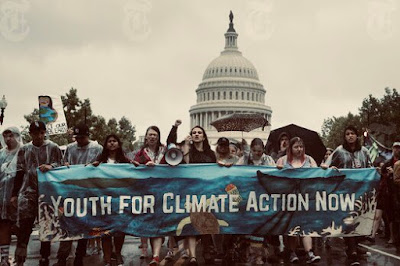 It's already begun. Today all over the world students are striking from school for the climate. For the next 24 hours, they're taking over all channels.
The global climate strike this Friday is gearing up to be one of the biggest environmental protests the world has ever seen. Greta is clearly excited.
“It’s amazing,” (...) “It’s more than 71 countries and more than 700 places, and counting. It’s increasing very much now, and that’s very, very fun.”
Greta Thunberg 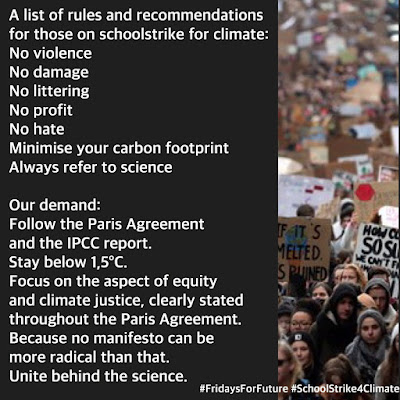 Some rules and recommendations for those on #schoolstrike4climate.

"And if you think that “following the Paris Agreement and IPCC” is too vague - then make sure everyone study them. They are the global tools we have at hand today. Let’s use them!"

Ask adults and teachers to support the strike, tell them they have to come with you, tell them you need them so that you can simply have a chance to survive in the future!


For 40 years, of all political colours, have been failing the war on climate destruction!

Now there is only time to reduce the amount of disaster. 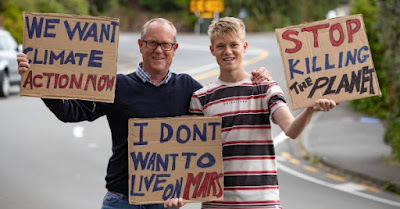 Adults are more than welcome to join students. Unite behind the science. 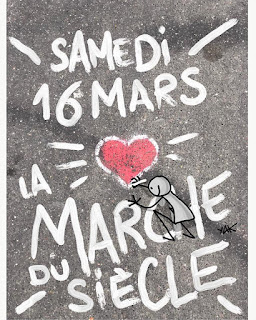 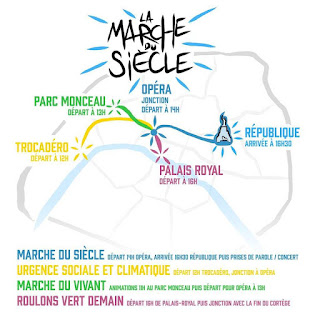 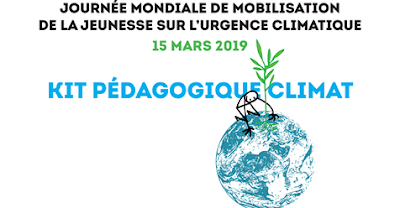 “I don’t care if what I’m doing – what we’re doing – is hopeful. We need to do it anyway. Even if there’s no hope left and everything is hopeless, we must do what we can.”