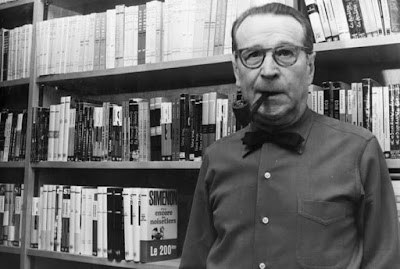 The prolific and incredible Belgian writer, Georges Simenon, was dead 30 years, on the 4 September 1989.

His serious novels that involve elements of crime and melodrama continue to fascinate writers and readers.

He has at last achieved, at the age of 60, what one French critic (Jacqueline Barde) calls "son grand roman, son premier roman."

And in this first "pure" novel, even the hitherto confused should be able to see why André Gide long ago described this author as "perhaps the greatest and most truly 'novelistic' novelist in French literature today."

"Gide wholehearted enthusiasm for Simenon and Dashiell Hammett must be a persistent obstacle for those who insist on drawing a sharp line between "entertainment" and "literature." 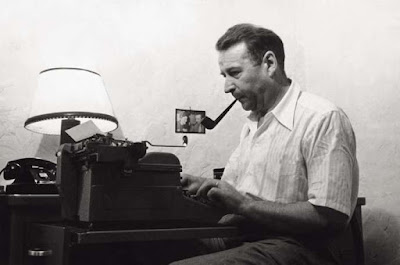 Born in Liège (Belgium) on 13th February in 1903, began writing in his teens. In a decade or so he wrote two or three hundred books under 17 pseudonyms, of the most hack description - spy stories, westerns, sentimental novels for girls, and other.

In his late twenties, Simenon moved up several notches with the creation of Commissionaire Maigret (1930) and other less known but rewarding fictional detectives.

Contractually bound to a Maigret novel a month plus a short story a week, he began turning out work of extraordinary quality.

Simenon's career is as improbable as any in modern literature. Georges Simenon, the masterly Belgian novelist whose Inspector Maigret mysteries and many other highly regarded works made him one of the most widely published authors of the century. 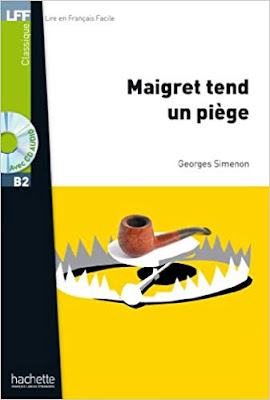 Simenon wrote 84 Maigret adventures and 136 other novels under his own name, and some 200 novellas under 17 pseudonyms early in his career.

His work consists of 391 titles, and he is best known as the creator of the fictional detective series consisting of 75 books featuring Inspecteur Maigret, translated into more than 50 languages.

"It is not too much to say that Simenon is one of the great revolutionists of the detective story. Maigret novels operated, like the work of Hammett and his fellow pulpsters in America, to enable the detective story to achieve novelistic stature, while the intellectuals of the period were still praising S. S. Van Dine, who denied the possibility."

The Myth of Simenon 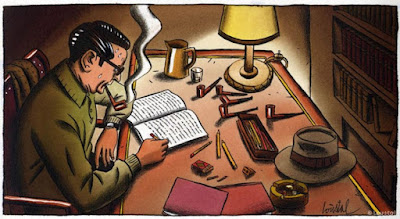 “A little knowledge distances us from people, a lot of knowledge brings us closer.”

And now, time to the review of the most popular posts of September


Here are the most popular posts of the last month:


Hoping you're enjoying to teach! New students are always so good!