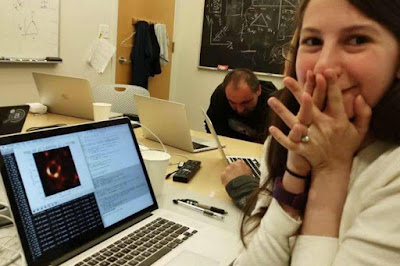 Dr Katie Bouman
https://www.facebook.com/MITnews/
We saw that ring, a swirl of light and substance revealing the shadow of an unseable mass, on Wednesday, the 10 April, when a team of more than 200 researchers presented a picture of the black hole lying at the center of the Messier 87 (M87) galaxy. Among other things, the announcement marked the moment when Katie Bouman could finally share the secret work with the world.
“It’s been really hard to keep our lips sealed” (...) “I hadn’t even told my family about the picture.”
Dr Katie Bouman 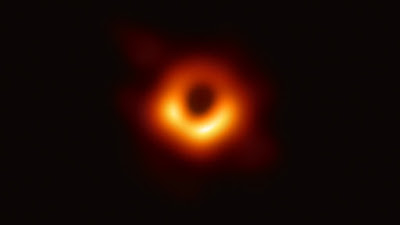 
The first photo of a black hole was released to the public, giving validation to one of the most consequential theories in physics - Einstein's Theory of Relativity. 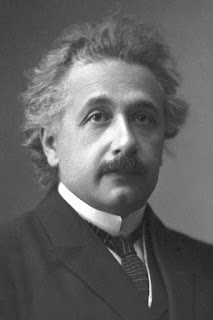 Albert Einstein, Nobel Prize in Physics 1921, in his theory of general relativity, predicted the existence of black holes, in the form of infinitely dense, compact regions in space, where gravity is so extreme that nothing, not even light, can escape from within.
By definition, black holes are invisible. But if a black hole is surrounded by light-emitting material such as plasma, Einstein’s equations predict that some of this material should create a “shadow,” or an outline of the black hole and its boundary, also known as its event horizon.

But behind every scientific discovery, big or small, is the story of those dedicating their lives to discovery.
This time, a female graduate is leading the charge. Katie Bouman, a young scientist, 29 years-old, who created the algorithm that that led to the production of the first-ever image of a black holepermitted taking the photography.
Bouman was among a team of 200 researchers who contributed to the breakthrough, but on Wednesday, a picture of her triumphantly beaming as the image of the black hole materialised on her computer screen went viral, with many determined that Bouman’s indispensable role was not written out of history, as so often has been the case for female scientists and researchers.

An adorable Google Doodle created by Nate Swinehart was unveiled today, April 10, celebrating the historic first black hole picture with cosmic flair.
"Got sucked in by the incredible #EHTBlackHole photo enough to bust out an animated #GoogleDoodle honoring the achievement

Insane congrats to everyone involved, I am so in awe!"
Nate Swinehart, Twitter 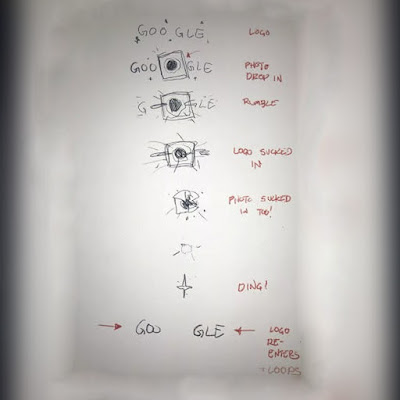 In the animated cartoon, an undeveloped Polaroid snapshot appears amid a field of stars and the iconic Google logo.
As the image develops, the Event Horizon Telescope's image of the supermassive black hole at the center of the distant galaxy M87 comes into view. But if not even light can escape a black hole, Google's doodle doesn't stand a chance.
Once the image becomes clear (or as clear as a supermassive black hole 55 million light-years away like the one in M87 can be), its gravitational pull draws in the Doodle's stars, then Google logo itself, leaving only a brief flash behind as it collapsing in on itself.
Wow! It's one of the shortest and sweetest depiction of a black hole that we've ever seen. Congratulations Nate Swinehart! 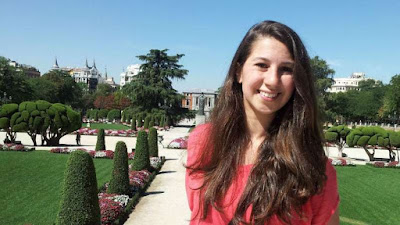 Just three years ago as a graduate researcher at Massachusetts Institute of Technology (MIT), Dr Katie Bouman led the development of the algorithm that would lead to the production of the first-ever image of a black hole.

Dr Bouman could not hide her delight. Her profile picture on Facebook was captioned: "Watching in disbelief as the first image ever made of a black hole was in the process of being reconstructed." 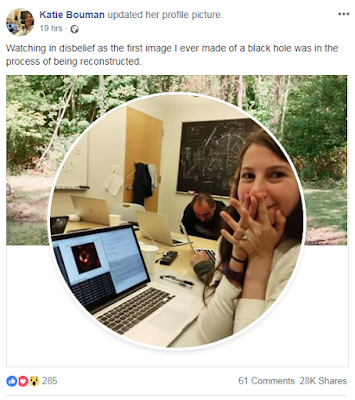 Excitedly bracing herself for the groundbreaking moment, Dr Bouman was pictured loading the image on her laptop.

She pointed out that "no one algorithm or person made this [black hole] image".
She started making the algorithm three years ago while she was a graduate student at the Massachusetts Institute of Technology (MIT).
There, she led the project, assisted by a team from MIT's Computer Science and Artificial Intelligence Laboratory, the Harvard-Smithsonian Center for Astrophysics and the MIT Haystack Observatory.

"It required the amazing talent of a team of scientists from around the globe and years of hard work to develop the instrument, data processing, imaging methods, and analysis techniques that were necessary to pull off this seemingly impossible feat," 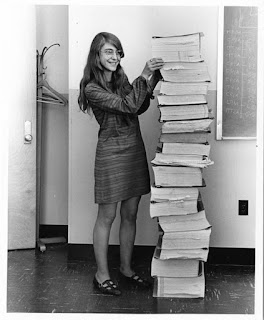 Many are comparing her feat on social media to that of Margaret Hamilton, who's code was instrumental in launching the Apollo mission into orbit in 1969 and into the next decade. Not only was Hamilton's work highly significant for the lunar landings, but also paved the way for women in science and technology. 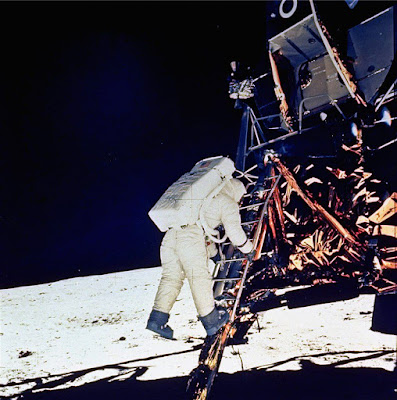 Dr Bouman told MIT News that taking the image of a black hole is "equivalent to taking an image of a grapefruit on the moon, but with a radio telescope".

The image was collated by Event Horizon Telescopes located throughout the globe, from Chile to Antartica, while a team of scientists had to wait for just the right conditions to take the shot.

The black hole was first theorised by Albert Einstein to explain areas in space of dense matter, where even light itself cannot escape. The now near century-old theory has been puzzling scientists for decades.

Over the years, physicists and engineers had seen orbits, galaxies and move in a slingshot whirling motion around what many thought could be a black hole.

Now, scientists can prove that Einstein was correct all along.

Dr Bouman has been praised widely on social media, with the likes of Democratic Senator Alexandria Ocasio-Cortez weighing in, with this female scientist and her team adding their names to the list of the most unforgettable discoveries. 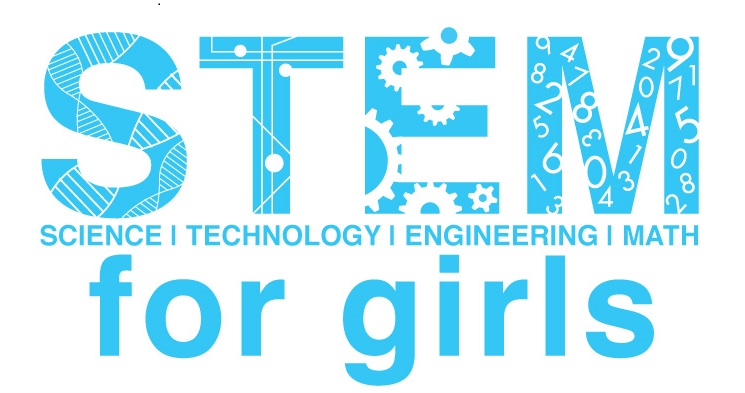 Once more a woman in STEM makes history. Time to show your students, girls are always welcome in science!

How many women in science I wrote about on my blog! Ada Lovelace, Katherine Johnson, Maria Gaetana, Dorothy Hodgkin, Caroline Herschel, Hedwig Kohn, Beatrice Tinsley or Anna Atkins among other.


On this day, Dr Katie Bouman must be inspirational for girls to study STEM. Speaking in a 2016 TED talk, Bouman said:

“I’d like to encourage all of you to go out and help push the boundaries of science, even if it may at first seem as mysterious to you as a black hole.”

Promoting the work of women in science and encouraging girls to enter the sciences is important for achieving the Global Goals for Sustainable Development.

More girls are in school today than ever before, but they do not always have the same opportunities as boys to complete and benefit from an education of their choice. They are particularly under-represented in science, technology, engineering and mathematics (STEM) education, and consequently in STEM careers. 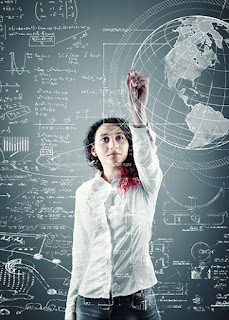 Girls in science
via Google images

Girls do as well as boys in science and maths at school but many more boys go on to further study science, technology and engineering.

According to the UNESCO groundbreaking report Cracking the code: Girls’ and women’s education in STEM, only 35% of STEM students in higher education globally are women, and differences are observed within STEM disciplines.

Science and gender equality are both vital for the achievement of the internationally agreed development goals, including the 2030 Agenda for Sustainable Development.

The Sustainable Development Goals (SDGs) to a great degree need a strong science base, and this cannot be achieved at any level unless girls and women have an incentive, such as recognition and the example of role models, to have in front of them.

So, we must empower young girls in school to enter STEM fields of study and careers, and stay the course.

"We're a melting pot of astronomers, physicists, mathematicians and engineers, and that's what it took to achieve something once thought impossible,"

Schools : Women in STEM : Katie Bouman & the Black Hole ! by G-Souto is licensed under a Creative Commons Attribution-NonCommercial-NoDerivatives 4.0 International License.