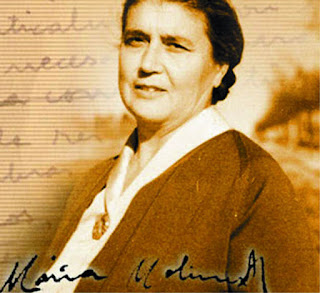 María Moliner
credits: unknown
https://www.ilustracioncritica.com/
This week marks the birth dates of three great women of of the XX century: the philologist and lexicographer Maria Molíner, the pioneering physicist Hedwig Kohn and the prolific author of stories for children and young readers Sofia Mogilevskaya.
These three women have made a big impact on our scientific and cultural life and are remembered for their work in humanities and science. 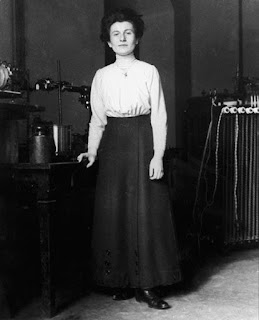 Hedwig Kohn in her laboratory, 1912
https://en.wikipedia.org/

Hedwig Kohn born on this day, April 5, 1887, was a pioneer in physics and one of only three women who obtained Habilitation the qualification for university teaching in Germany) in Physics before World War II. She and the other two physicists, Lise Meitner and Hertha Sponer, were forced to leave Germany during the Nazi regime.
Hedwig Kohn earned her doctor of Physics in 1913 under Otto Lummer and continued to work as his assistant until 1933, when she was dismissed because she was Jewish.

Google Doodle Hedwig Kohn's 132nd birthday
draft of the Doodle
guest artist Carolin Löbbert
https://www.google.com/doodles/
As a Jewish woman living in Nazi Germany, Kohn was barred from her teaching position in 1933. She spent the next several years fulfilling research contracts in industrial physics before fleeing to the US in 1940.
She survived and came very close to being a victim of the Holocaust like Hannah Arendt, one of the most important philosopher and political writer of her time.
Both escaped  from the Holocaust and obtained a visa to the United States of America. Kohn left Germany in July 1940. 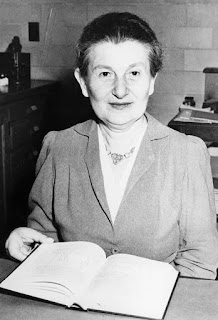 Hedwig Kohn in her office at Wellesly College, 1950
at about the time she received a research award
courtesy: Brenda Winnewisser
https://jwa.org/media/

Her research centered around light, and her work helped further information about the intensity of light and emission line shapes.
Over the years, Kohn’s work resulted in more than 20 publications, one patent, and hundreds of textbook pages that were used to introduce students to the field of radiometry (a set of techniques meant to measure electromagnetic radiation, including visible light) well into the 1960s. She died in 1964. 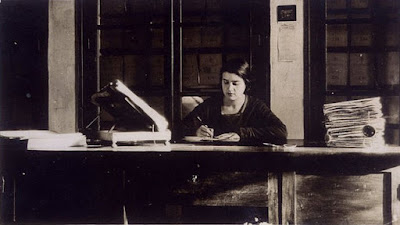 María Moliner was born on 30 March 1900. She was a Spanish librarian and lexicographer. She is perhaps best known for her Diccionario de uso del español, first published in 1966–1967, when she completed the work started in 1952. She devoted her whole life to working with words, and making their power accessible to all.

The Spanish librarian, philologist, and lexicographer labored single-handedly to create a new kind of reference book, which was hailed as “the most complete, most useful, most accurate, and funniest dictionary of the Spanish language” by novelist Gabriel García Márquez. Moliner pursued her Bachillerato at the Instituto General y Técnico Cardenal Cisneros, and obtained a degree in History in 1921 from the University of Zaragoza.

In 1946, Moliner was put in charge of the library at the Superior Technical School of Industrial Engineers in Madrid, until her retirement in 1970.

In the early 1950s, she started work on her Diccionario de uso del español, getting up at about five in the morning, working a little, watering her flowers, going to work, having a small siesta before returning to her dictionary work. Her method was to look up words, read newspapers and note words she had heard in the street.

When she began the project she estimated it would take two years, but the first edition of the two-volume dictionary was not published until 1966—a total of 15 years later! 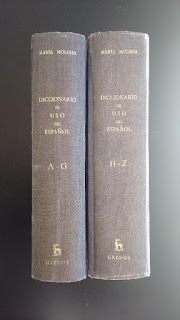 Diccionario  de uso del español
María Moliner
1ª edicíon 1966
https://www.todocoleccion.net/
Instead of alphabetical organization, Moliner’s dictionary was grouped in families of words, offering not only detailed definitions, but also synonyms, and guidance on usage.

She devoted her whole life to working with words, and making their power accessible to all.

On November 7, 1972, the writer Daniel Sueiro interviewed María Moliner in the Heraldo de Aragón. The headline was a question:
"Will María Moliner be the first woman to join the Academy?".

Dámaso Alonso, Rafael Lapesa and Pedro Laín Entralgo had recommended her. But the linguist and philologist Emilio Alarcos Llorach was elected instead. Moliner observed:

"Yes, my biography is very short, since my only achievement is my dictionary. I mean, I don't have a long list of works to justify me being admitted [...] My work is clearly the dictionary. Of course, the fact is that a philologist has been admitted to the Academy and not me; but if the dictionary had been written by a man, people would say, "Why is this man not a member of the Academy?"

She was nominated again in 1979 but this time she lost out to the female poet and academic, Carmen Conde.
Moliner received the "Lorenzo Nieto López" prize in 1973, awarded by the Academy. She died in 1981.

I could not find any information about this author, only this picture and some of her children's books. So, I follow Google Doodle informations.

Born in Moscow on this day in 1903, Mogilevskaya was raised in a musical household. Her father was an accomplished cellist and music teacher who taught her to play piano.

Childhood memories of him performing for Leo Tolstoy made a deep impression on her, especially when the young musician changed her focus to journalism and eventually literature. 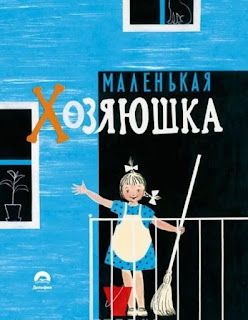 After ending her studies at the Moscow Conservatory, Mogilevskaya began contributing articles and essays to magazines, translating fairy tales, and writing fiction. Once she settled on becoming a writer, her writing habits remained a daily practice for more than 40 years.

In 1941, her first children’s book Mark of the Country Gondelupy was published. Later, her experience working in an orphanage during World War II inspired her 1949 book House in Tsybiknur. 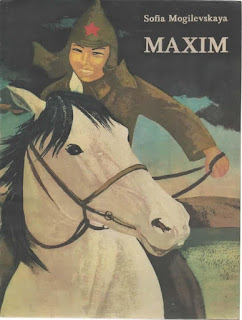 Whether she was writing a fairy tale, a historical work like her books on important figures from Russian music and theater, or educational works like Girls, This Book is for You!, Mogilevskaya’s writing always showed a deep respect for children. 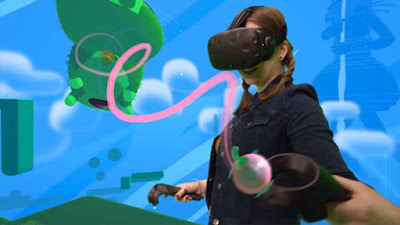 Education:
The discussion of new discoveries and a better understanding of the role of women in many different areas of study such as Humanities or Science, and how their ideas and findings can lead to new markets for humanities and science knowledge are important aims.

I'm happy to know that Portugal is the European country with a greater number of women in science and research.

Constantly evolving education at all ages and levels in our ever-changing world is crucial.

Girls and women are more and more proving in different situations at school and in business that they are equal to men in intelligence and capacity.

The aim is to encourage creativity in the field of humanities, science and STEM and highlight the importance of developing innovative skills at an early age.

"Through the work of humanities scholars, we learn about the values of different cultures, about what goes into making a work of art, about how history is made. Their efforts preserve the great accomplishments of the past, help us understand the world we live in, and give us tools to imagine the future."

“How important it is for us to recognize and celebrate our heroes and she-roes!”