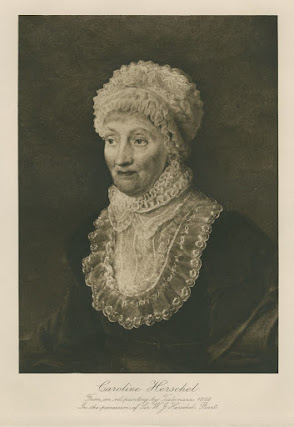 Long before women were allowed to become Fellows of the Royal Society, or obtain university degrees, one woman managed to get her voice heard, her discovery verified and her achievement celebrated. That woman was Caroline Herschel, who managed to find ways to fit comet discoveries into her domestic life, and present them in ways that were socially acceptable. 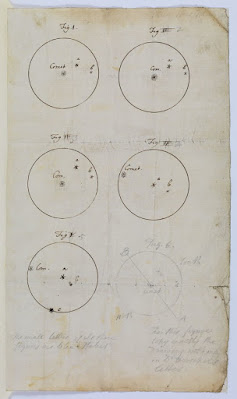 Herschel page of sketches accompanying her letter showing the comet against various combinations of stars ‘a, b and c’
Copyright The Royal Society
https://royalsocietypublishing.org/

Caroline Herschel made a significant contribution to the field of Astronomy. She discovered her comets at a time when astronomers were mainly concerned with position, identifying where things were and how they were moving.

Today’s Google doodle is dedicate to another woman in science, born on the same day. Caroline Herschel, a German astronomer. It would have been her 266th birthday.

Herschel was a keen observer of the universe. She discovered hundreds of stars, eight comets (six of which still bear her name), and became the first female astronomer enlisted by the British monarchy.

Caroline Herschel made a significant contribution to the field of Astronomy. NASA has a special page honoring her contribution.

The Herschel’s remarkable scientific achievements include the publication of Catalogue of Stars and a Gold Medal from the Royal Astronomical Society. 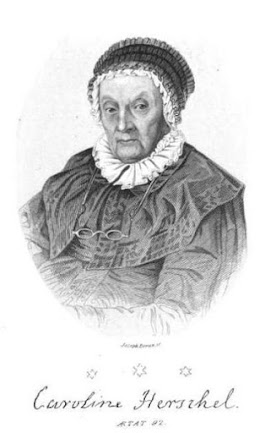 
Caroline Lucretia Herschel was born in Germany on 16 March 1750. One of a large family, she was the eighth child and the fourth daughter. The family was very musical, and her older brother, William, eventually moved to England to work as a music teacher and organist. At the age of 22, Caroline moved with him to train as a singer. She sang as a soprano in a number of performances.

In 1772, she left Germany and came to live in England with her brother William Herschel who discovered the planet Uranus in 1781. 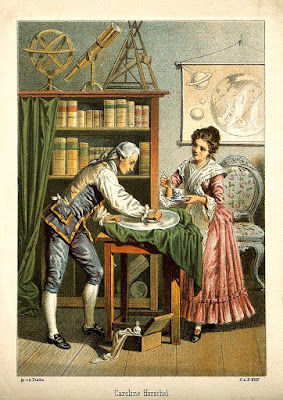 Caroline was a significant astronomer in her own right. Assisting her brother in his celestial pursuits, Caroline herself became fascinated by the night sky. They made telescopes together in their spare time, and the two took a deep interest in astronomy and observational cosmology. They also catalogued the celestial realms.

Caroline frequently used a small Newtonian sweeper to study the sky on her own. On Feb. 26, 1783, Caroline discovered an open cluster known today as NGC 2360. She went on to discover 14 new nebulae, including NGC 205, the companion to the Andromeda Galaxy 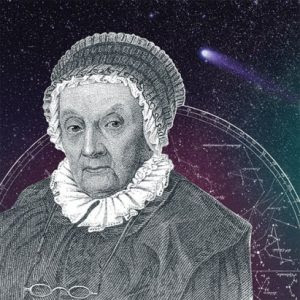 Then, in the summer of 1786, she made a discovery that no woman had made before her - she discovered a comet.

On August 1, 1786, Caroline made a discovery that no woman had made before her. She discovered a comet. She identified an object traveling slowly through the night sky. She observed it again the next night and immediately alerted other astronomers by mail to announce her discovery and inform them of its path so that they could study it. 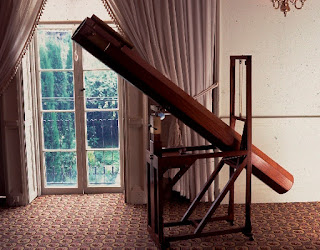 Caroline Herschel turned her free time toward the sky, and went on to discover
seven other comets over the next decade.

She also cross-indexed the existing star catalog compiled by England's first "astronomer royal" John Flamsteed, submitting more than 550 stars that had not been included in the original version.

Her name has been bestowed on the comet 35P/Herschel-Rigollet, the asteroid 281 Lucretia (after her middle name), and the lunar crater C. Herschel.

She published a catalogue of stars in 1798 through the Royal Society, which significantly updated and corrected the one published by the first astronomer royal, John Flamsteed, in 1725. 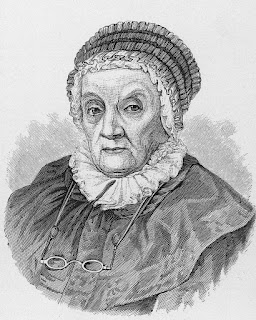 For her endeavors, Caroline was honored in 1828 with the Royal Astronomical Society’s Gold Medal, the first woman to receive the prize. It wouldn't be awarded to another woman until 1996, to Vera Rubin.

She granted an honorary membership in 1835. Herschel was also the first woman to be paid for her contribution to science for the discovery of six new comets. In 1787, King George III officially employed her as William's assistant, providing her with a modest salary.

She also became an honorary member of the Royal Irish Academy in 1838, and received the Gold Medal for science from the King of Prussia in 1846, a year before her death. She died in Hanover, Germany, on January 9, 1848. 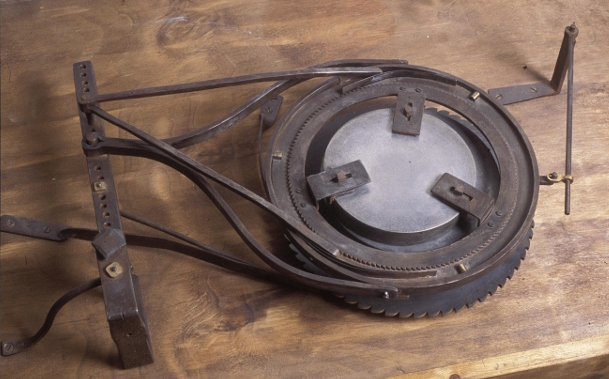 It was given to her "in recognition of the valuable services rendered to Astronomy by you, as the fellow-worker of your immortal brother, Sir William Herschel, by discoveries, observations, and laborious calculations".


The Herschel became experts at tracking them down, seeing themselves as the astronomical equivalent of botanists who catalogued exotic plants in far-off lands.
"Remembering their life in 19 New King Street – the home of the Herschel Museum of Astronomy – Caroline noted that ‘almost every room in the house turned into a workshop’  with William ‘grinding glasses and turning eye pieces’ to build his famous telescopes."
Herschel Museum of Astronomy 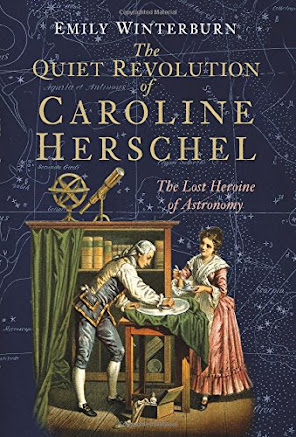 The Quiet Revolution
of Carolina Herschel
Emily Winterburn
https://herschelmuseum.org.uk/
The Herschels’ house in Bath is now the site of the Herschel Museum of Astronomy.
Caroline was a tiny woman, as the dress on display at the museum attests. Only 4ft 3 inches in height, her tiny frame was blamed on typhus stunting her growth when she was 10.
Yet she proved hardy in the face of long nights observing in the cold and lived until she was 97.

Caroline Herschel died on Jan. 9, 1848. She penned the inscription on her tombstone, which reads:

"The eyes of her who is glorified here below turned to the starry heavens." 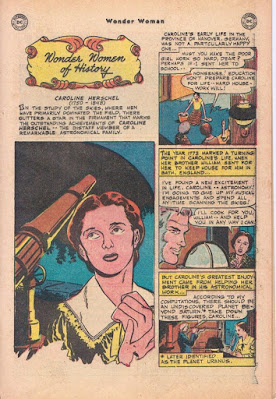 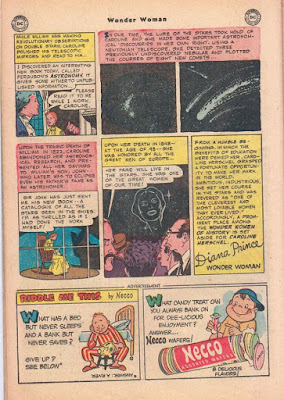 Caroline Herschel became expert at tracking stars and comets as the astronomical equivalent of the botanist Anna Atkins who catalogued exotic plants in far-off lands.

The discussion of new discoveries and a better understanding of the role of women in science, is an important aim.

Girls and women are more and more proving in different situations at school and in business that they are equal to men in the intelligence and capacity. Don't forget to talk about it with your students (girls). 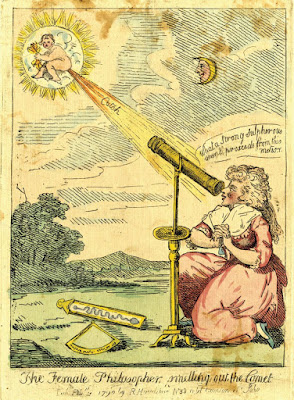 So, constantly evolving education at all ages and levels in our ever-changing world is crucial. Very important in school education.
This begins early in school where girls must be encouraged to access to humanities, science and technology.

The aim is to encourage girls and young women creativity in the field of humanities, science, new technologies or arts and highlight the importance of developing innovative skills at their early age.

Include into school curricula Caroline Herschel and Anna Atkins to talk about women in science who became so important in history.
Explore the different Google doodles to motivate girls and young women to STEM, Arts, or Humanities.

Schools : Women in Science, Caroline Herschel, the astronomer ! by G-Souto is licensed under a Creative Commons Attribution-NonCommercial-NoDerivatives 4.0 International License.