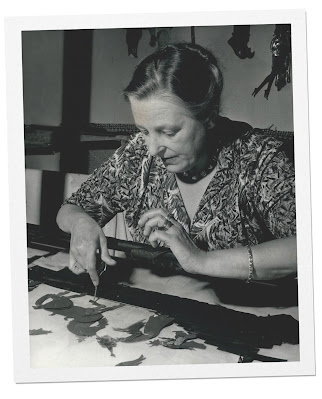 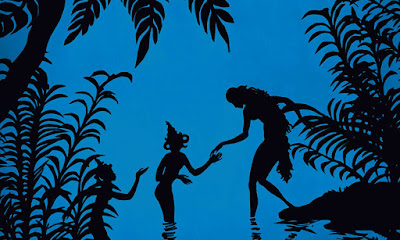 "A decade before Walt Disney Productions came into existence, making its name synonymous with animated films, there was another pioneer of the art form— Lotte Reiniger."

In the 2010 film, Harry Potter and the Deathly Hallows – Part 1, animator Ben Hibon used Reiniger's style of animation in the short film titled "The Tale of the Three Brothers".

Nearly a century before Pixar was founded, and more than a decade before Walt Disney would start there was Lotte Reiniger — the subject of today's Doodle.


Charlotte 'Lotte' Reiniger was born 117 years ago, on 2 June 1899 in the Charlottenburg, district of Berlin. As a child, she was fascinated with the Chinese art of silhouette puppetry. She built her own puppet theatre, so that she could put on shows for her family and friends.

"The silhouettes were very much praised, and I cut out silhouettes for all the birthdays in the family. Did anyone warn me as to where this path would lead? Not in the least; I was encouraged to continue."

Hans Christian Andersen had the same passion: Chinese art of silhouette puppetry and he have wonderful works. 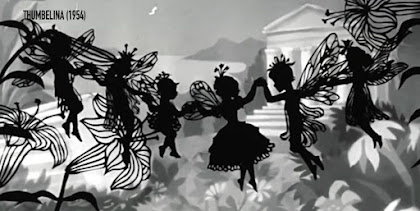 The Art of Lott Reiniger
https://www.iamag.co/

Reiniger is known to have worked on—or contributed silhouette sequences to—at least another seven films in the silent era, and a further nine in the sound era. Additionally, there is evidence of her involvement in a number of film projects that remained at conceptual or pre-production stages.

Reiniger pioneered a style of animation that relied on thousands of photos of paper cut-out silhouettes arranged to tell a story. It was a painstaking process that involved moving paper characters ever so slightly and snapping a photo of each movement.


She made one of the world’s first animated features, a whirlwind of a fantasy film called The Adventures of Prince Achmed (1926).

Reiniger’s filmmaking career spanned 60 years, during which she created more than 70 silhouette animation films, including versions of Cinderella, (1922), Puss in Boots (1936) and “Hansel and Gretel (1955).

She’s perhaps best known for her 1926 silent film The Adventures of Prince Achmed, a fantastical adaptation of “The Arabian Nights” that was among the first full-length animated features ever made.

Reiniger made more than 40 films over her career, all using her invention. 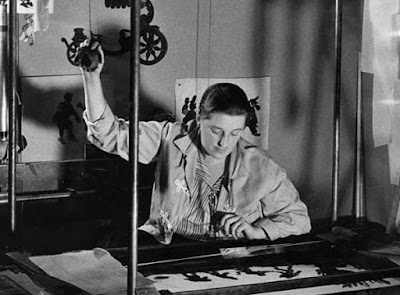 Films were Reiniger’s passion: as a child she was delighted by the trick films of Georges Méliès, and later the dreamy horrors of Paul Wegener.

George Méliès, was considered the best film director in the world. The point to be named for Charlie Chaplin's "The Light Alchemist".

In addition to be considered the "Father of Special Effects", Mélièrs made more than 400 films and built the first film studio in Europe.

It was also the first filmmaker to use drawings of production and storyboards to design your scenes. 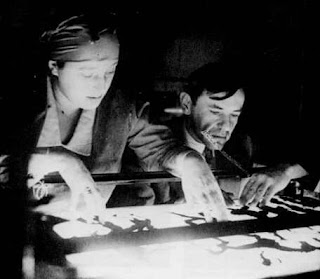 As a young woman and keen to work with Wegener, Lotte found a job designing silhouettes for the intertitles in his films.

Her first step into animation proper was on his film The Pied Piper of Hamelin (1918). Wegener found he could not control live rats (or even guinea pigs) on set, so Reiniger was tasked with animating wooden rodents, stop-motion style. 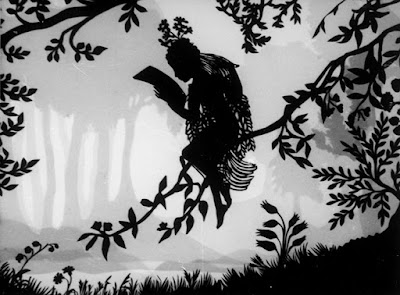 “The projection was a triumph,” Reiniger remembered. “Those rats really moved as erratically as you would expected panicky rats would and they followed the Piper all right.”

In the 1960s, Reiniger stopped working and lived in London. But by the 70s her work was being revived and she toured the world talking about her career. In 1979 she made the gorgeous The Rose and the Ring, from a Thackeray story, before dying in 1981, back home in Germany. British newspaper article about Lotte Reiniger
https://milestonefilms.com/
"One of the most touching things was a British newspaper article talking about how Lotte created puppets from discarded laundry soap boxes. She scavenged cardboard and paper where she could — anything to continue her art."
Susan Stone
Reiniger was awarded the Filmband in Gold of the Deutscher Filmpreis in 1972; in 1979 she received the Great Cross of the Order of Merit of the Federal Republic of Germany.


Animated movies offer teachers and students a awesome motivating push to learn differently. Let your students have an incredible adventure exploring animation films to learn about novels and the Narrative text.

Displaying movies in a lesson is an important method to help students learn about animation and the Narrative text.
Students will create better storytelling, including good plots, characters and narrative points of view, the crucial elements of the Narrative text.

Lotte Reininger will be a reference and an inspiration to the students who will study Animation and Cinema on Higher Education.

We Owe a Lot to Lotte Reiniger from Fandor on Vimeo.

A collection of the Reininger's short tales complete with wonderful soundtracks and charming narration. The films screened in this programme are: The Frog Prince, The Gallant Little Tailor, The Sleeping Beauty, Snow White and Rose Red, Cinderella, Puss in Boots.

Today’s Google Doodle commemorating Reiniger’s work shows the artist inside one of her films, moving from her desk through a succession of fairytale scenarios surrounded by the fruit of her imagination.

Arts Education : Lotte Reiniger, the pioneer of animation : resources by G-Souto is licensed under a Creative Commons Attribution-NonCommercial-NoDerivatives 4.0 International License.