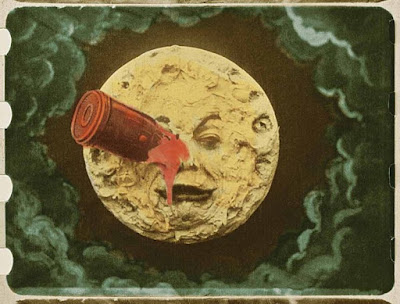 "My friends, I address you all tonight as you truly are; wizards, mermaids, travelers, adventurers, magicians... Come and dream with me."

Wow! Visiting the Google home page today, May 3rd, I found an unusual but 'magnifique' Doodle of man with a pristine suit.

He is French filmmaker Georges Méliès (1861-1938), an illusionist and stage magician before he turned his hand to cinema in its earliest days in Belle Epoque Paris. Méliès was an extraordinary visual stylist and technician who is still much admired a century on.

The video celebrates magic and cinema and explores Méliès’ work in illusions like duplication tricks and double exposures, a replacement trick, and a cache illusion where elements look like they’re disappearing.

“In addition to being a magician, Méliès was an expert storyteller, so it was important for the Doodle to have a clear story. We approached it as if it were a ballet or play you watch at the theatre, where you get to choose where to look. In these situations, the spectator becomes the camera, editing their own film,” said Hélène Leroux, project art lead of the Doodle. 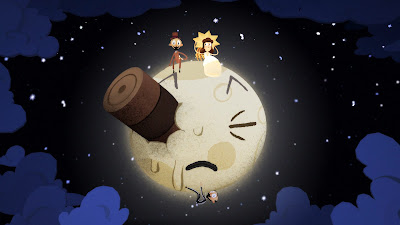 Best known for the unforgettable image of a scowling celestial body annoyed that a rocket ship has crashed into its eye in A Trip to the Moon (1902), Méliès was most recently seen in Martin Scorsese's film Hugo (2011) where he was played in old age by Sir Ben Kingsley.

A work of science fiction, inspired partly by stories by people like Jules Verne. In the almost 13-minute film below, a group of space explorers travel to the moon, encounter a tribe of strange beings, capture one, and return to Earth. Méliès himself played the crew’s leader, Professor Barbenfouillis.

"Méliès’ contribution to the seventh art was revolutionary. In a time when cinematography was nascent and almost exclusively documentary-style, Méliès single handedly opened the doors of the dream, the magic, and the fiction. He accomplished this fundamental act by uniting the universes of Robert Houdin with the chronophotography and cinematography of Marey and the Lumière brothers."

"Over a hundred years later, we can thank the pioneering mind of Georges Méliès for much of the cinematographic wonder and special effects we see today."

The Doodle? The first ever presented as a 360 degree VR animation. Melies is an entirely fitting subject for this innovative new approach. 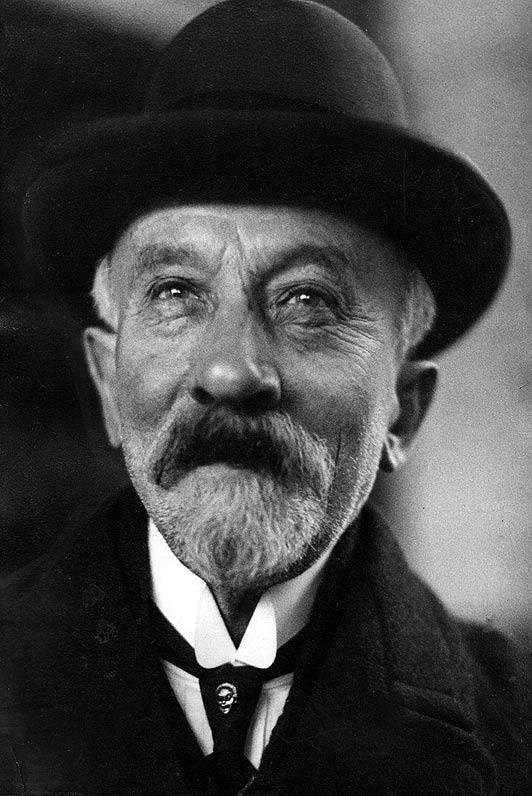 Google is calling it a VR Doodle, which it is, sort of. Back to the Moon will be part of the Spotlight Stories app, which works with Cardboard and Daydream headsets.

Back to the Moon
https://store.steampowered.com/app/

Back to the Moon, a celebration of Georges MélièsA charming illusionist, an adventurous queen of hearts and an evil green man journey through early cinema, film magic and love. Back to the Moon VR is an animated, interactive short celebrating the artistry of French film director and magician Georges Méliès.

It will also be available for high-end VR headsets, such as the HTC Vive, through Steam and Viveport.

Explore original Georges Méliès memorabilia and discover the story behind the invention of the first cinema studio and special effects by visiting the new Google Arts & Culture exhibit, created in collaboration with The Cinémathèque Française in Paris, France.