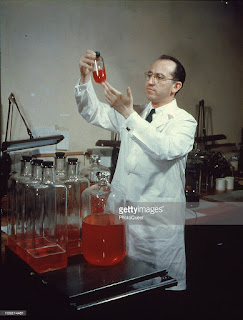 “There is no patent. Could you patent the sun?”

Today, October 28th Google celebrates with a doodle the 100th birthday of the American scientist behind the first effective polio vaccine: Dr. Jonas Salk. Jonas Edward Salk was born on this day a century ago in New York.

“Thank You, Dr. Salk!” we can read on the homepage animation, which depicts joyful, fully mobile children dancing and running around with dogs and balloons. We know how polio largely impacted children.

This is a beautiful tribute. As so many tens of thousands of children suffered from polio into midcentury, his vaccine began as the stuff of dreams; by the mid-’50s, it was the substance of a profoundly life-altering reality. 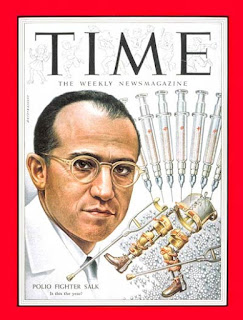 Born in New York City on October 28, 1914, Jonas Salk was one of the leading scientists of the twentieth century and the creator of the first polio vaccine.

He grew up poor in New York City, where his father worked in the garment district. Education was very important to his parents, and they encouraged him to apply himself to his studies.

Dr. Salk got his medical degree in 1939, at the New York University School of Medicine, and was working at the city’s Mount Sinai Hospital before a research fellowship at the University of Michigan - with his mentor - beckoned. 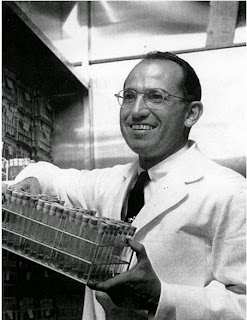 In 1947, he moved to head up the University of Pittsburgh School of Medicine’s Virus Research Laboratory, where he did the real groundbreaking work in his march toward a vaccine for paralytic poliomyelitis, or polio.

For one, the team of Harvard scientist John Enders solved how to grow the pure polio virus in the test tube - a crucial step that enabled Salk’s effective experimentation with a “killed virus.”

Then there were the needed funds - Salk got backing from the National Foundation for Infantile Paralysis (the March of Dimes Birth Defects Foundation).

In 1954, at least 1-million children - the Polio Pioneers - were tested across the nation (this followed testing that ranged from monkeys to Salk’s own family).

The vaccine was announced as safe and largely effective on April 12, 1955. Dr. Jonas Salk himself was a humble man and never patented the vaccine, forgoing an immeasurable fortune.

On the day his vaccine was announced as safe, Salk told the legendary newsman Edward R. Murrow: “There is no patent. Could you patent the sun?” 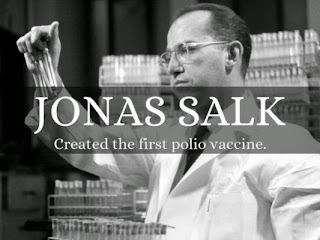 In the ’60s, Salk built his La Jolla biological studies center — his “dream” institute - where he helped lead research on cancer immunology, multiple sclerosis and autoimmune diseases, as well as on development of an AIDS vaccine.

In addition to his research, Salk also wrote several books on philosophical topics. His works include Man Unfolding (1972) and The Survival of the Wisest (1973), which he co-wrote with son Jonathan.

"Salk is known best as the developer of the first successful vaccine against poliomyelitis, but he also made many other contributions in the fields of medicine and biology, philosophy, architecture and the history of medicine." 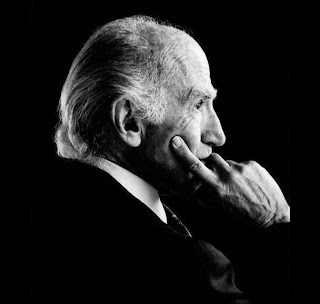 With his groundbreaking vaccine, Salk had earned his place in medical history. He will always be remembered as the man who stopped polio.

There in La Jolla, near where nimble-limbed hang-gliders launch against the backdrop of the institute’s sun-bleached concrete, resides a memorial to Salk, the pioneer, the hero, the icon. It reads:

“Hope lies in dreams, in imagination and in the courage of those who dare to make dreams into reality.” 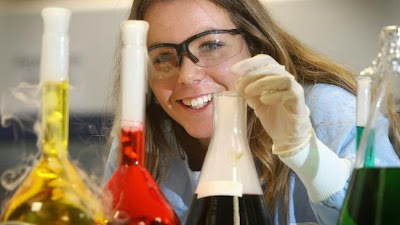 " I feel that the greatest reward for doing is the opportunity to do more."

My usual readers know I often introduce Google doodles of the day in curricula. It's a wonderful motivation and it can surprise your students. It can start a conversation about polio in Sciences lesson

Doodles are the fun, surprising, and sometimes spontaneous changes that we can introduce in our lessons to teach about e famous writers, poets, pioneers, and scientists.

Everyday we must introduce something captivating in our lessons, even we are teaching important skills in serious curriculum.

Passion is what will make our students enter in the classroom waiting for something special in the middle of a lesson everyday.

Schools are very important environments of teaching and learning. They have an important role aiming to renew and reinvigorate global knowledge as they have the mission to educate children and adolescents as future citizens.
These little digital resources can be educational challenges to promote some good values in the new generations that will be vigilant and helping to find path towards precious solutions to society and planet. Humanities and Sciences are the basic curricula. 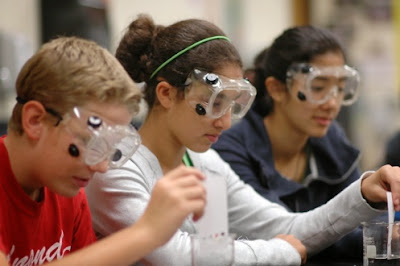 I think some of  the activities below could inspire your students but you are free to propose your own ideas: 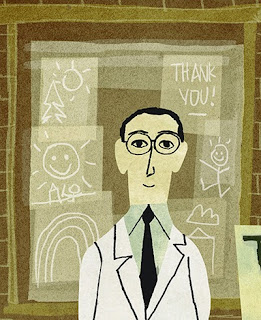 So as you see, can we say that formal learning is a non captivating method? Of course, not! It must be creative! And teachers are so creative!

Well, there are a lot of funny and engaging activities about Sciences and Humanities that we can create and share with our students, on informal learning (online learning) and formal learning (face-to-face teaching).

Social networks, devices as tablets and smartphones became fundamental in the classroom.

Believe me! You will have a motivated class that will learn science or humanities.

To us, as educators, "the attitude" of changing methods, and our creative mind to facilitate different learning activities at our young students is happening and used every day at school

Schools : Jonas Salk, the scientist & inventor of polio vaccine by G-Souto is licensed under a Creative Commons Attribution-NonCommercial-NoDerivatives 4.0 International License.