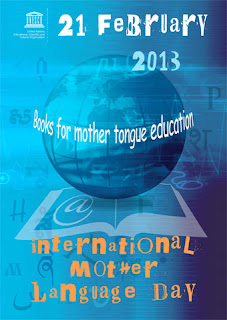 "In this age of new technologies, books remain precious instruments, easy to handle, sturdy and practical for sharing knowledge, mutual understanding and opening the world to all. Books are the pillars of knowledge societies and essential for promoting freedom of expression and education for all."


International Mother Language Day has been celebrated every year on February 21 since 2000 to promote linguistic and cultural diversity and multilingual education, to highlight greater awareness of the importance of mother tongue education.

"Linguistic and cultural diversity represent universal values that strengthen the unity and cohesion of societies. That is why UNESCO’s Director-General, in launching IMLD 2013, reinforces the importance of this core message and specifically highlight this year’s theme of access to books and digital media in local languages." 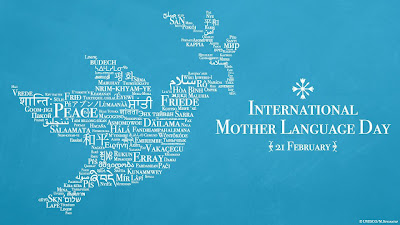 This year, the theme of the International Mother Language Day is "Books for Mother tongue education”. 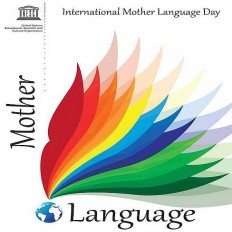 Today, a great number of languages lack a written form, yet progress has been made in developing orthography.
Local and international linguists, educationalists, teachers work together with for example Indigenous peoples in Latin America, or tribes in Asia to develop orthography.
The use of computers to produce books and the relatively low cost of digital printing are promising ways to produce cheaper written materials to enable wider access
Languages are the most powerful instruments of preserving and developing our tangible and intangible heritage. So, I think it always important to spread this message.

"If we look at the statical curve measuring amounst of diverse languages on one side and the number of internet users on the other, in see that in Europe for example we have low diversity but a hifg number of Internet users."

©Google / ©UNESCOInteractive Atlas of the World’s Languages in Danger


Linguistic diversity is our common heritage. It is fragile heritage. Nearly half of the more than 6,000 languages spoken in the world could die out by the end of the century.

UNESCO’s Interactive Atlas of the World’s Languages in Danger is the performance chart for this struggle. Language loss impoverishes humanity. It is a retreat in the defence of everyone’s rights to be heard, to learn and to communicate. Genuine dialogue implies respect for languages. 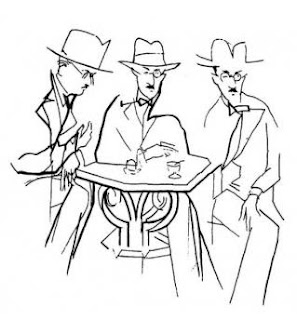 Technology can’t be blamed because it’s a tool and that’s how people use it. Once we start using the language then it gets passed on to the next generation.

It’s the generational usage and technology that can enhance and support this transition.”

So, I share with you something special: In Portugal, there is a national dialect - Mirandês - spoken by 15 000 people in a small area of my country, in the northeastern of Portugal, along the frontier with Spain, covering the municipality of Miranda do Douro and a part of the municipality of Vimioso.

In the 19th century, the Portuguese ethnographer, José Leite de Vasconcelos described this national dialect as "the language of the farms, of work, home, and love between the Mirandese". 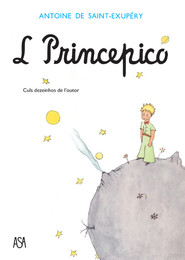 Le Petit Prince has an edition in the national dialect Mirandês since April 2011. Its aim is to disseminate the Mirandese language lack written form.

The Mirandese language is been used for years as a language passed on to the next generations by speakers only.

Do you want to read an excerpt of  L Princepico in Mirandês (Mirandese language?

Language acquisition and mother tongue literacy should ideally be supported by written resources such as - but not limited to - books, primers and textbooks, to support oral activities.

"Multilingualism is a source of strength and opportunity for humanity. It embodies our cultural diversity and encourages the exchange of views, the renewal of ideas and the broadening of our capacity to imagine."

The Day of all languages: 21 February
http://www.unescobkk.org/news/article/the-day-for-all-languages-21-february/