Apps in Education : Photomath, the 'dream' for students

Wow ! Math students will be happy to have this app in their pocket ! PhotoMath will solve some of your math problems.

You are a young student. You need to do this really difficult math exercise for your math class tomorrow. And you have no idea how to do it.

What if you could just open an app on your phone, point your camera at your textbook, snap a picture and get the detailed instructions to solve your equation?  This is exactly what PhotoMath does. Awesome, isn't it? 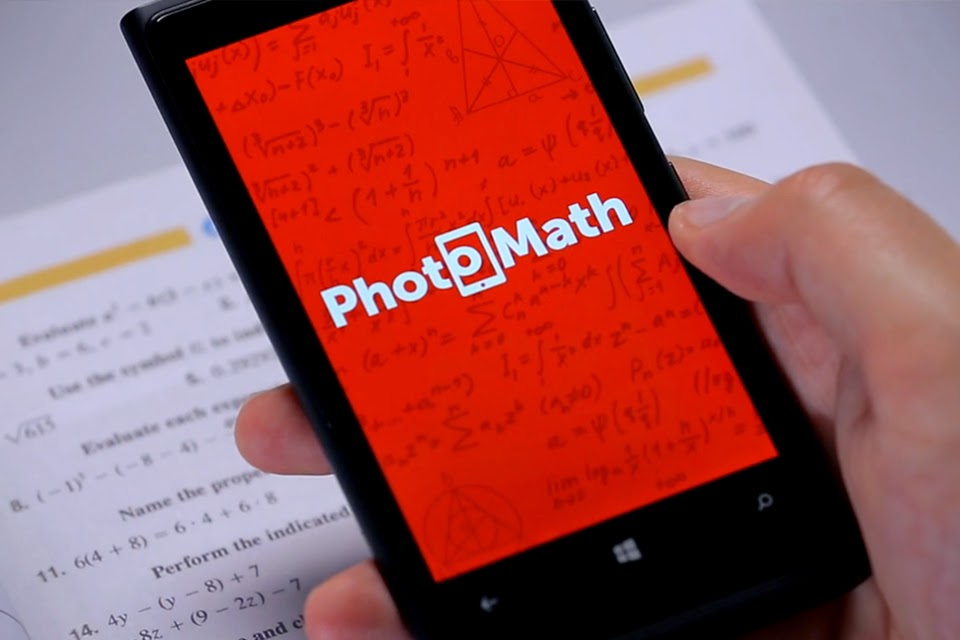 You think it's not possible? Wrong! PhotoMath is the world's first camera calculator.

Just point the camera towards the mathematical expression, and PhotoMath instantly displays a correct result.

PhotoMath reads and solves mathematical expressions by using the camera of your mobile device in real time. It makes math easy and simple by educating users how to solve math problems. 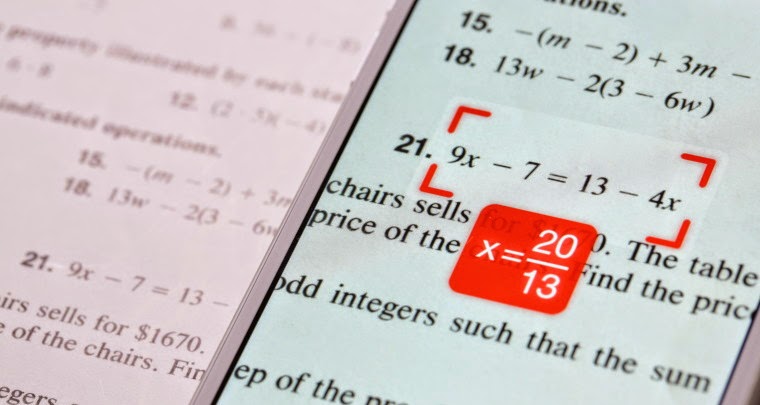 The app is Free. You can download the app on iTunes

Compatibility: Requires iOS 7.0 or later. Compatible with iPhone, iPad, and iPod touch. This app is optimized for iPhone 5.

The app is Free. You can download the app on Windows Phone

Maths is useful. Young people need a better grasp of maths to compete in the job market, where an understanding of technology and numeracy are increasingly important.

The OECD’s PISA 2012 tested more than 510,000 students in 65 countries and economies on maths, reading and science.

The main focus was on maths. Math proficiency is a strong predictor of positive outcomes for young adults. It influences their ability to participate in post-secondary education and their expected future earnings.

The OECD Programme for International Student Assessment (PISA) focused on young people's ability to use their knowledge and skills to meet real-life challenges.

Photomath is really the dream of all the students who have big problems at math curriculum.

Officially, it's meant to save you time flipping through a textbook to check answers when you're doing homework or cramming for a test. It's your math problems solved in your pocket.

However, there's a concern about learning. Just because the app shows students how to solve a problem doesn't mean that the knowledge will actually sink in.

If teachers don't confiscate iphones, smartphones at the door, some students could cheat when no one is looking.

The chances of that happening aren't very high at this stage, but apps like this suggest that schools might have to be vigilant in the future.

Really ! I think the use must be moderated. It's very useful to do homeworking or cram for a test.

Teachers can also allow the app in the classroom at a moment of solving some math exercises, but always explaining how students get to those results.

And of course, during math tests or exams, iphones and smartphones are not allowed. Teachers can keep them on their desk until the end of the hour.

Finally, watch the video below:

PhotoMath from MicroBLINK on Vimeo.

Maths is useful. Young people need a better grasp of maths to compete in the job market, where an understanding of technology and numeracy are increasingly important.

But maths should also be studied for the same reasons we study Literature and Languages. It's our intellectual and cultural heritage.

Most students are scared about math curriculum. A great number just hate math. However numbers can be wonderful, fascinating things.

Maths makes students more creative and gives them a deeper understanding of the way things really are.

Photomath can help the students to feel more comfortable with numbers and equations, if teachers are innovative in their own teaching.

Did you read the interesting article Listen by numbers : music and maths by Marcus du Sautoy, professor of mathematics? You must ! All math teachers could read it !

So, tell your students that Photomath is only a tool to help them to facilitate math.

"I must confess that only with the aid of mathematics did my ideas become clear."

Apps in Education : Photomath, the 'dream' for students by G-Souto is licensed under a Creative Commons Attribution-NonCommercial-NoDerivatives 4.0 International License.
Posted by G-Souto at 5:07 PM