The insignia is one of the highest distintctions of the Government of France for distinguished foreign citizens. 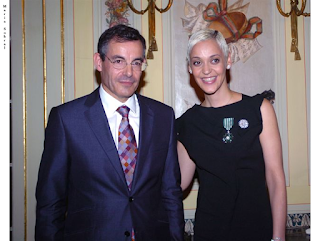 
"Between traditon and contemporaneity, Mariza modernized the fado. Mariza is a great representative of Portugal in the World."

Visit the digital library of Fernando Pessoa. The Fernando Pessoa House has a unique treasure: the private library of this great literary figure. It's not very often one can find an entire library belonging to a writer with Pessoa's universal dimension.

Books tend to move very fast: they may be lent, lost or sold. Pessoa himself sold some of his books, but left us 1142 densely annotated volumes, of all genres and in several languages.