Environmental Games at school : Fate of the World: a SG 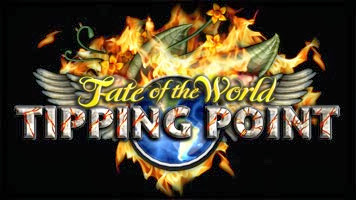 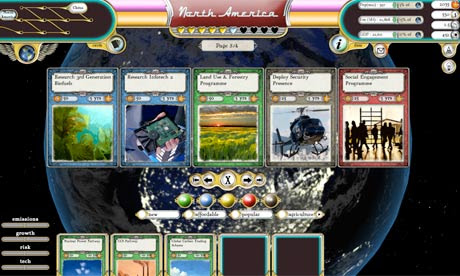 Fate of the World is a dramatic global strategy game that puts all our futures in your hands. The game features a dramatic set of scenarios based on the latest science covering the next 200 years.

We must manage a balancing act of protecting the Earth’s resources and climate versus the needs of an ever-growing world population, who are demanding ever more food, power, and living space.

Will  we help the whole planet or will we be an agent of destruction?


"But if people can feel and see the evolution of variables in a system – such as a changing climate – it can be a better way of learning than reading lots of scientific prose."

Fate of the World is the sequel to the popular BBC Climate Challenge played by around 1 million people all over the world.

Read the review in The Guardian/ Environment (December 2010). 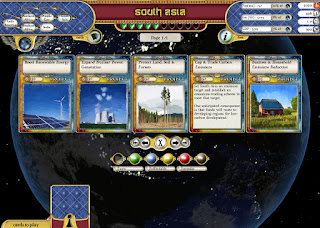 "Fate of the World is a PC strategy game that simulates the real social and environmental impact of global climate change over the next 200 years. The science, the politics, the destruction - it’s all real, and it’s scary."

It's certainly an excellent game! And an even better educational digital resource to include into school curriculum: Environmental education of young citizens at school.

This Serious Games will motivate students awareness to the problems of the Planet, preparing them to become active environmentalists.


Fate of the World help students to choose  which side they want to be: Helping the planet or be an agent of destruction?  Critical thinking will be developed as skill among other. 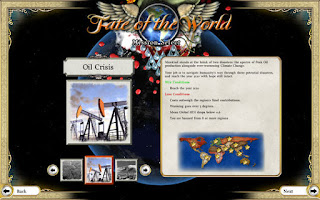 Solve the crisis. But, like life, it won’t be easy. Students will must pass through natural disasters, foreign diplomacy, clandestine operations, technological breakthroughs, and somehow satisfy the food and energy needs of a growing world population
Will they help the planet or will they become an agent of destruction? That's the way to develop critical thinking.
Students might, in an independent act, after a real comprehension of the problems, choose which side they will be. Save the planet? Or destroy it? 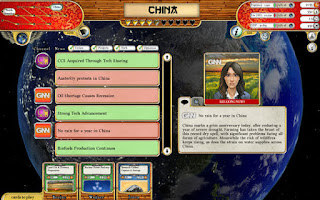 Before including this awesome serious game into their curriculum, teachers educators must be informed about the technical requirements here

"Serious Games is a movement that aims to use new gaming technologies for educational or training purposes. It investigates the educational, therapeutic and social impact of digital games built with or without learning outcomes in mind. This movement has emerged to meet the needs of a new generation of learners."

"Video games are an ideal, natural medium for learning."

Environmental Games at school : Fate of the World: a SG by G-Souto is licensed under a Creative Commons Attribution-NonCommercial-ShareAlike 3.0 Unported License.