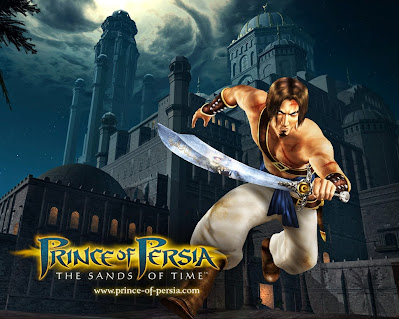 Once again, let's talk about movies and games at the classroom, this time to   teach the "Narrative text".

A narrative is a story that is created in a constructive format (as a work of writing, speech, poetry, prose, pictures, song, motion pictures, video games, theatre or dance) that describes a sequence of fictional or non-fictional events.

Prince of Persia: Games at School included into the curriculum, was part of my presentation at the Workshop for teachers EFQUEL Innovation Forum Lisboa 2010.

It was the first educational adaptation from a video game and the film Price of Persia.

A huge success among teachers who participated on the workshop.


We all know the game Prince of Persia: Sands of Time! Of course!  But a live-action adaptation of a video game series to a movie, sometimes, it's not a good idea! This is not the case of Prince of Persia.

Prince of Persia (PC)
https://www.ubisoft.com/
Prince of Persia Sands of Time, developed at Ubisoft Montreal, successfully captures the mechanics of the original platformer and extends it to the 3D generation.

The Sands of Time was praised for its visual design, finely tuned game mechanics, and intriguing storyline, winning the game several awards.2)

The game has been developed between play station and PC and now mobile phones.

It's fairly short, and it's missing the console versions' bonus features, but Prince of Persia is a truly excellent action adventure game for as long as it lasts. 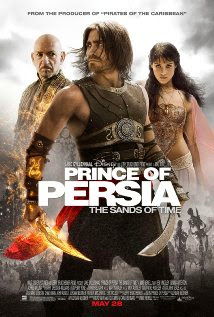 Prince of Persia: The Sands of Time is a 2010 epic action-adventure film written by Jordan Mechner, directed by Mike Newell  - Harry Potter and the Goblet of Fire - and produced by Jerry Bruckheimer and Walt Disney Pictures.

The film is based on a mix of  2003 video game of the same name, developed and released by Ubisoft Montreal. 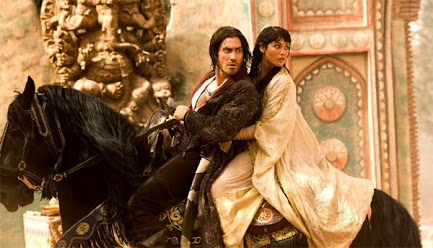 Synopsis:
Dastan a rogue prince (Jake Gyllenhaal) reluctantly joins forces with Tamina a mysterious princess (Gemma Arterton) and together, they race against dark forces to safeguard an ancient dagger capable of releasing the Sands of Time - a gift from the gods that can reverse time and allow its possessor to rule the world. 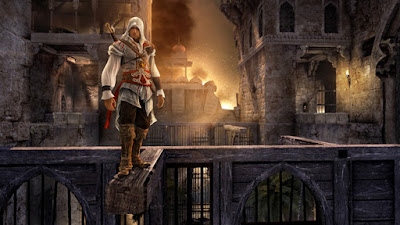 Young people love this kind of stories, right? A young warrior-prince and a fetching damsel scamper across the desert sands to keep a magical dagger out of the hands of villains who would control time.

A wonderful narrative, with a bit of magic and a lots of adventure and special effects. I just loved it! And my students too.

Prince of Persia, the film and the game have all the elements to motivate young students to learn the Narrative text in Languages and Literature curriculum.

It's a fun action-adventure movie. The camera exquisitely follows the video game’s style. That gives the real enjoy of the game, the interaction between the characters and the story are really attractive and not bored till the film's end. 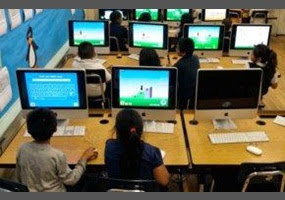 Students playing in the classroom
credits: unknown
via Google Images

As teachers we need activities that can help the students to develop their vocabulary and to stimulate a desire of communication. We need an activity in where students will not feel bored.

Games and films are not only motivating and fun but. They can also provide excellent practice for students to improve pronunciation, vocabulary, grammar, and languages skills.

Immerse yourself and your students in the captivating Prince of Persia universe with an original and independent story that closely coincides with the action of the console & PC editions of the game, and teach your students the "Narrative text" in a different but consistent way of learning.

"The using of games provides a unique opportunity for students sel-assess their progress in learning professional vocabulary and for a teacher to assess students' progress informally whihout causing stress and anxiety."

*Note: Prince of Persia, a game in school
to include into the school curriculum, was part of my presentation at the Workshop for teachers EFQUEL Innovation Forum Lisboa 2010.
It was the first educational adaptation from de video game and the film Price of Persia. A huge success among teachers who participated at the workshop.

Education : Prince of Persia: Games in School by G-Souto is licensed under a Creative Commons Attribution-NonCommercial-NoDerivatives 4.0 International License.