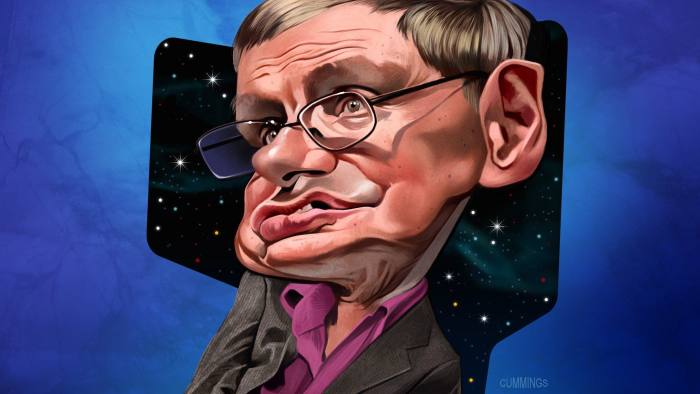 Anyone, anywhere in the world should have free, unhindered access to not just my research, but to the research of every great and enquiring mind across the spectrum of human understanding."

Happy birthday Professor Stephen Hawking! The cosmic superhero never ceased to amaze his admirers. I am one of his admirer!

As I do during the first week in January every year, I took some time off to relax with family.
Well, today, 8 January let's talk about Stephen Hawking...

Today, 8 January, Google released a Doodle celebrating what would have been Stephen Hawking’s 80th birthday. One of history’s most influential scientific minds, English cosmologist, author, and theoretical physicist.

From colliding black holes to the Big Bang, his theories on the origins and mechanics of the universe revolutionized modern physics while his best-selling books made the field widely accessible to millions of readers worldwide. 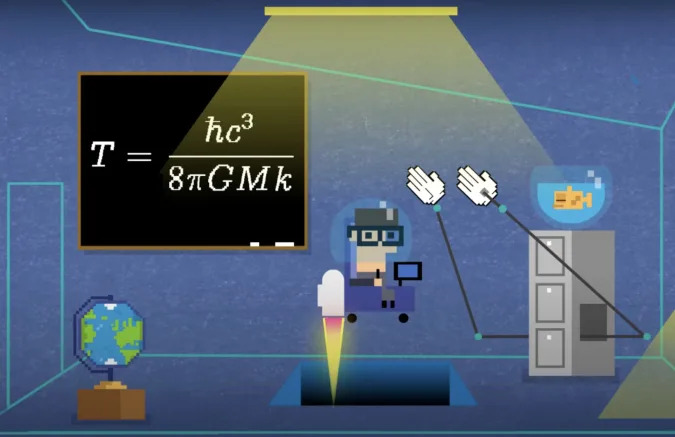 Google worked with his family to create a video Doodle that gives us a condensed version of his life. Moreover, the tech giant used Hawking's famous computer-generated voice to narrate his work and experiences from the time he graduated.

The two and a half minute-long video gone live in the US at midnight ET 8 January (9pm PT) and includes a narration in the physicist’s own computer-generated voice (created and used with permission from his estate) outlining his work and painting a message of hope for the future.

"Here’s to an innovator whose astronomical impact changed how the world understands the universe!"
Doodler Matthew Cruickshank 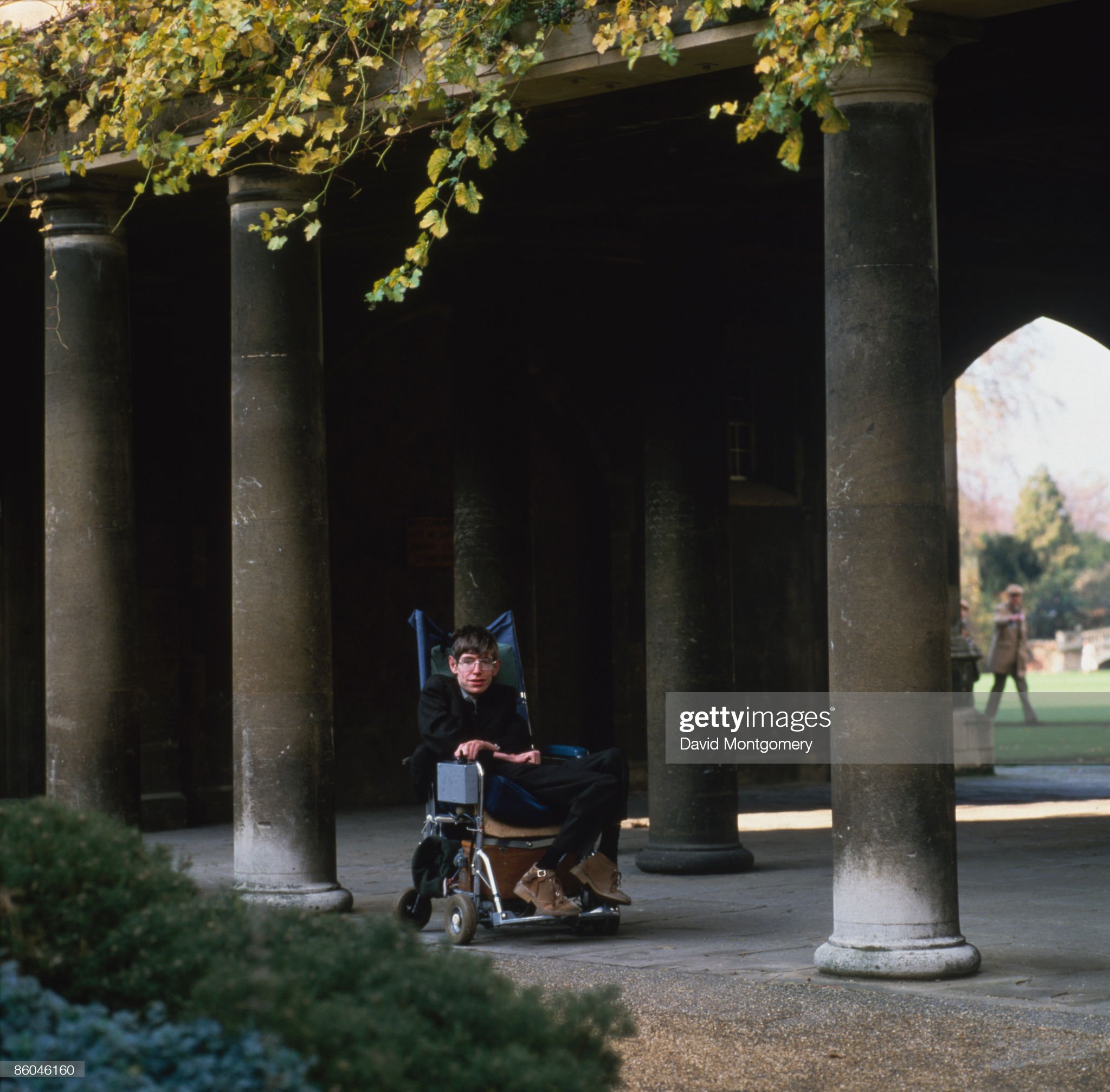 As we know, Stephen William Hawking was born on this day in 1942 in Oxford, England. Fascinated by how the universe functioned from a young age, his curiosity and intellect earned him the nickname “Einstein.”

Following a diagnosis with a neurodegenerative disease at 21, the music of composer Richard Wagner and the loving support of his future wife Jane Wilde motivated Hawking to dedicate himself to physics, math, and cosmology.

In 1965, Hawking defended his doctoral thesis at the University of Cambridge, Properties of Expanding Universes, which presented the revolutionary theory that space and time originated from a singularity, a point both infinitely small and dense, best known today as the key characteristic of black holes. 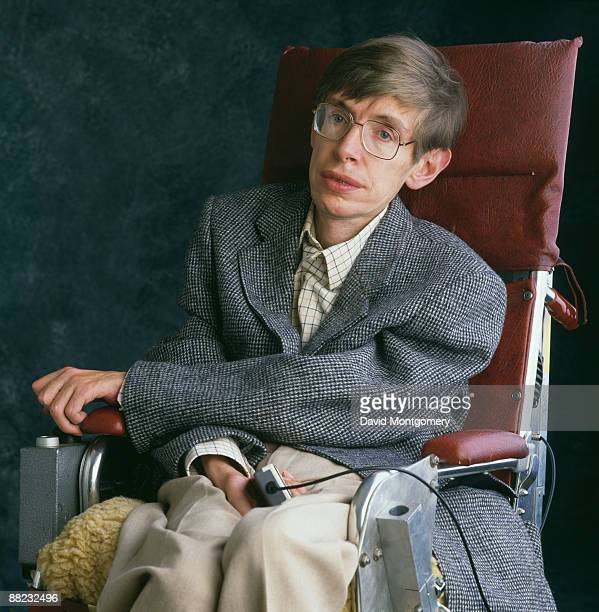 That year, Hawking was accepted as a research fellow at Cambridge’s Gonville and Caius College - his academic home for a lifetime of research. Hawking’s obsession with black holes led to his 1974 discovery that particles could escape black holes. This theory, coined Hawking radiation, is widely considered his most important contribution to physics. 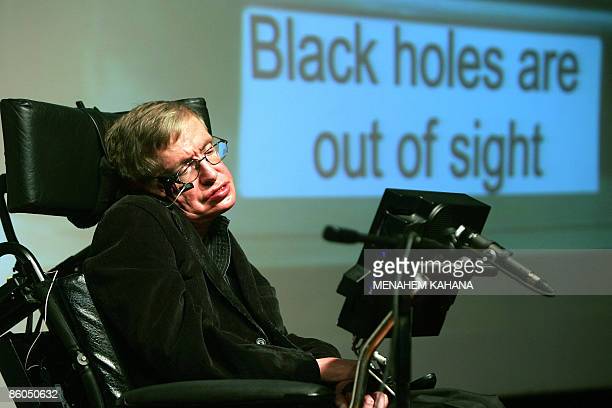 In 1979, Hawking’s groundbreaking work on black holes prompted Cambridge to appoint him as the Lucasian Professor of Mathematics, a position held by Isaac Newton in 1669. Hawking’s doctoral thesis was released to the public in 2017 on a University of Cambridge website, which crashed due to enormous amounts of traffic. 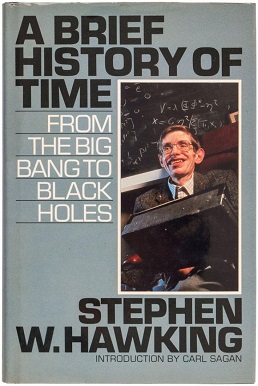 In 1988 Hawking catapulted to international prominence with the publication of A Brief History of Time. The short, informative book became an account of cosmology for the masses and offered an overview of space and time, the existence of God and the future.

The work was an instant success, spending more than four years atop the London Sunday Times' best-seller list. Since its publication, it has sold millions of copies worldwide and been translated into more than 40 languages. 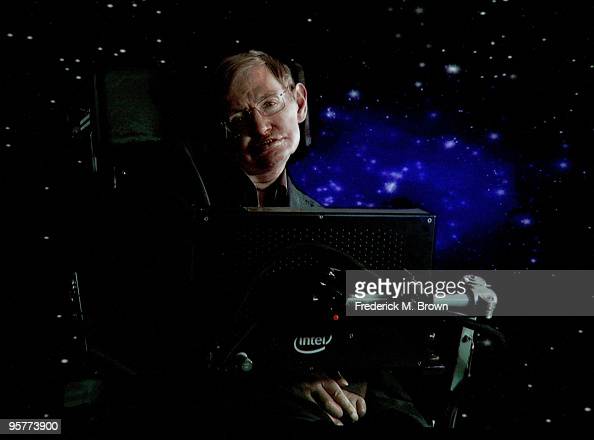 The scientific icon and cultural figure made tremendous contributions to physics and cosmology, deepening and expanding our understanding of the universe, and the lifecycle of black holes.

He also made grave warnings about the future of the planet.

In recent years, Hawking has implored humanity to keep thinking about the long-term future of our species. He has expressed grave concern about climate change and whether we should consider the advent of artificial intelligence (AR) as a threat to humanity. He has said colonizing other planets will be essential for our long-term survival.

“We are running out of space and the only places to go to are other worlds,”

Stephen Hawking
The Royal Society
https://royalsocietypublishing.org/
Education:
"Extraordinary quotes on life and the universe would make a wonderful short animated film. Not only is animation visual, its fundamentals are built on time and space, subjects that align perfectly with cosmology."
Doodler Matthew Cruickshank
Stephen Hawking would've turned 80 on January 8th, 2022 had he still been alive. While he's no longer with us, his contribution to our understanding of the universe remains immense and shouldn't be forgotten.
As teachers, we can not forget neither our students the physicist and brighter star Stephen Hawking as an innovative mind, a visionary and creative mind in the field of cosmology.
We must pay tribute to a man who didn't give up diagnosed with motor neurone disease at the age of 21. His courage, persistence and scientific work inspired us as global audiences in the millions.
The message?
"To approach life with the energy, humor, and optimism that Stephen did every day."
Doodler Matthew Cruickshank
Resources:
credit: BBC/ Comic Release
via Biography
Google Arts & Culture is celebrating Stephen Hawking with a new exhibition : "Meet the man who changed our understanding of the Universe!" 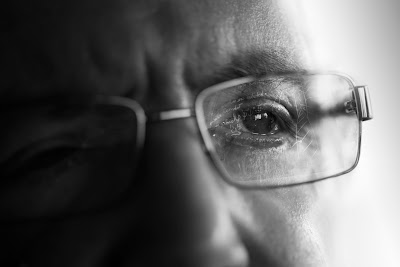 "Meet the man who changed our understanding of the Universe!"
https://artsandculture.google.com/
"It can be done!"
Teachers! Here's a wonderful motivation to include Stephen Hawking into your school curricula. Every curriculum! The virtual exhibition on Google Arts & Culture is marvelous. The introduction is so touching! His message of hope to a better understanding of our planet must be seen and heard by our students!
"I have spent my life travelling across the universe inside my mind."
To young students, begin with the video doodle. They will love hear the voice of the scientist. And will follow him.
"Be brave, be curious, be determined!"
G-Souto
08.01.2022
Copyright © 2022G-Souto'sBlog, gsouto-digitalteacher.blogspot.com®