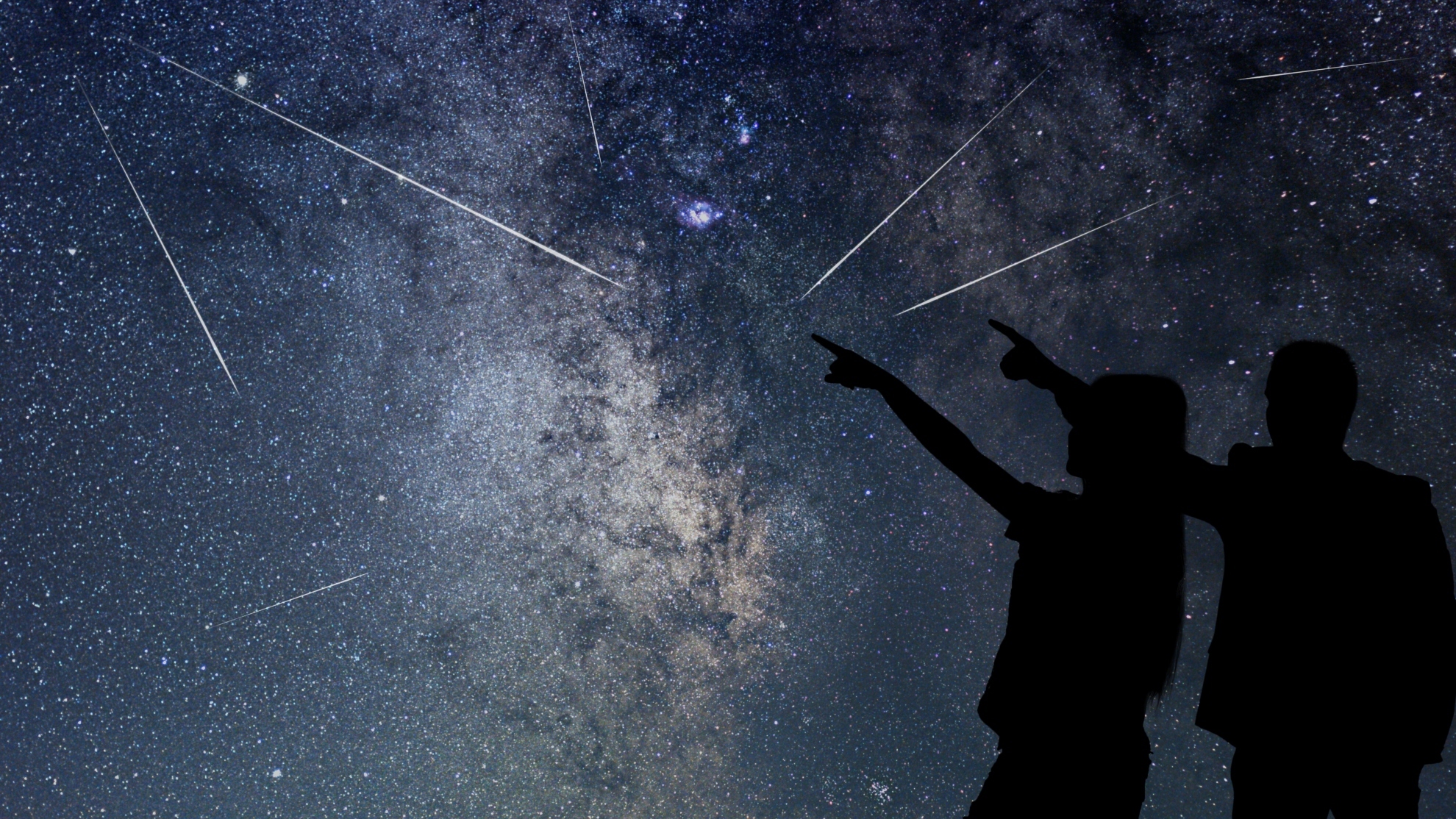 meteor shower the Quadrantid
credit. unknown
The night sky will light up this 2022 with the first astronomical event of the year. The meteor shower started already, but according to NASA, it will be at its highest peak tonight, 3 January to 4 January.
New moon aligns with the peak of meteor activity in 2022’s Quadrantid meteor shower, always the year’s first shower. The new moon on January 2 raised and set with the sun and be absent from the night sky, leaving it dark for meteor-watching.

Astronomical chart showing Bootes the Ploughman holding a spear, a sickle, and two dogs, Asterion and Chara, on leash, also showing a quadrant, and the hair of Berenice forming the constellations
credit: Library of Congress
https://solarsystem.nasa.gov/

This long-awaited meteor shower originated from a destroyed comet named 2003 EH1, and will reach an activity of approximately 120 visible stars per hour, which makes the Quadrantids one of the most active of the year, along with the Perseids, in August, and the Geminids in December.

The Quadrantids, which peak during early-January each year, are considered to be one of the best annual meteor showers. Most meteor showers have a two day peak, which makes catching sight of these other meteors much more possible.

The Quadrantids peak, on the other hand, is much shorter—only a few hours. (The reason the peak is so short is due to the shower's thin stream of particles and the fact that the Earth crosses the stream at a perpendicular angle.)

During its peak, 60 to as many as 200 Quadrantid meteors can be seen per hour under perfect conditions.

Quadrantids are also known for their bright fireball meteors. Fireballs are larger explosions of light and color that can persist longer than an average meteor streak. This is due to the fact that fireballs originate from larger particles of material. Fireballs are also brighter, with magnitudes brighter than -3. 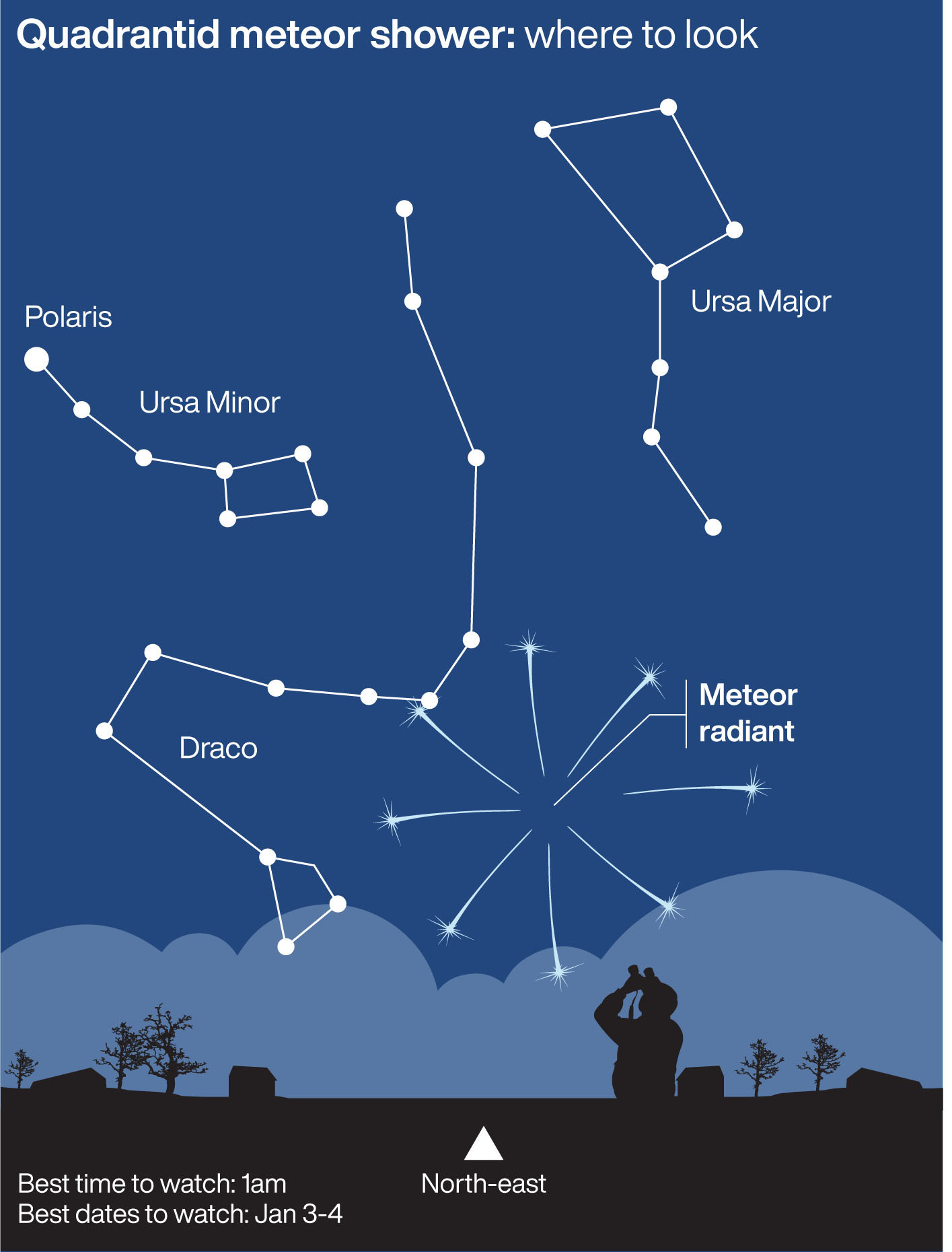 The Quadrantids are expected to peak on the night of January 3-4. The peak time of the Quadrantids is brief, usually lasting no more than an hour, and does not always occur at the scheduled time. Observers from around the world will have to be vigilant during the night. 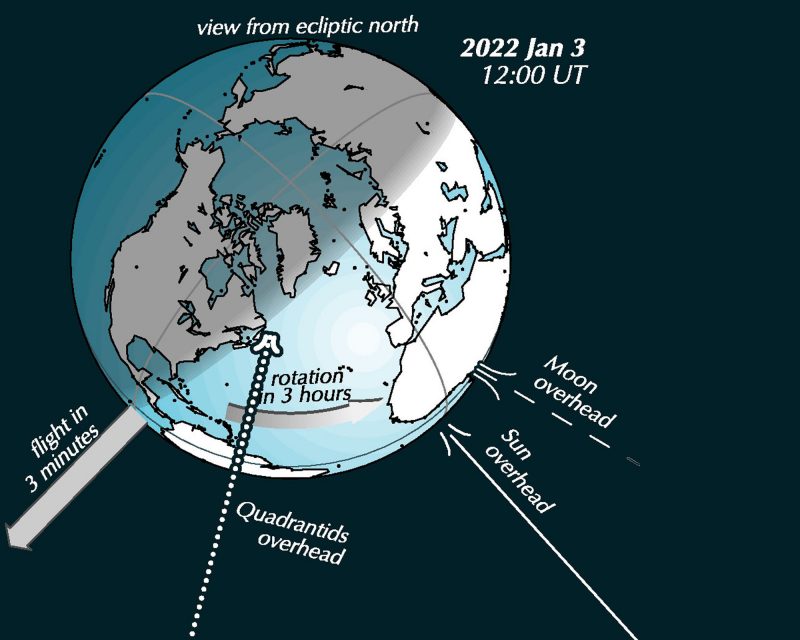 The Quadrantid meteor shower peaks around 21:00 UTC on January 3, 2022 (translate UTC to your time), according to NASA. For viewers in North America, the peak is thus during day time and the best viewing time will be the early morning before the peak (start after midnight when the radiant comes above the horizon).

The Quadrantids favor the Northern Hemisphere because their radiant is so far north on the sky’s dome.

If you’re in the Southern Hemisphere, you might be tempted to resign yourself to the months-long meteor drought that kicks off every year and ends in April with the Lyrids. But, once in awhile, we do hear from Southern Hemisphere dwellers who’ve seen a few Quadrantids. 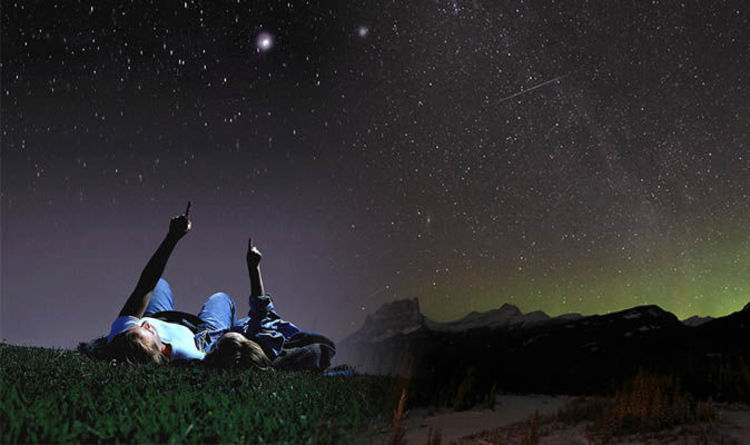 This time of the year, teachers and students are just starting school after Christmas season.
So, once again, science curriculum will be enhanced with the help of another awesome event in the sky. The Quadrantids!
Do you want a better science lesson ? A live lesson of science. Wow!
Avoid using lights such as torches and mobile phones as this will spoil your adapted night vision. If you really need to, use a red torch or turn your phone’s screen red in the settings. 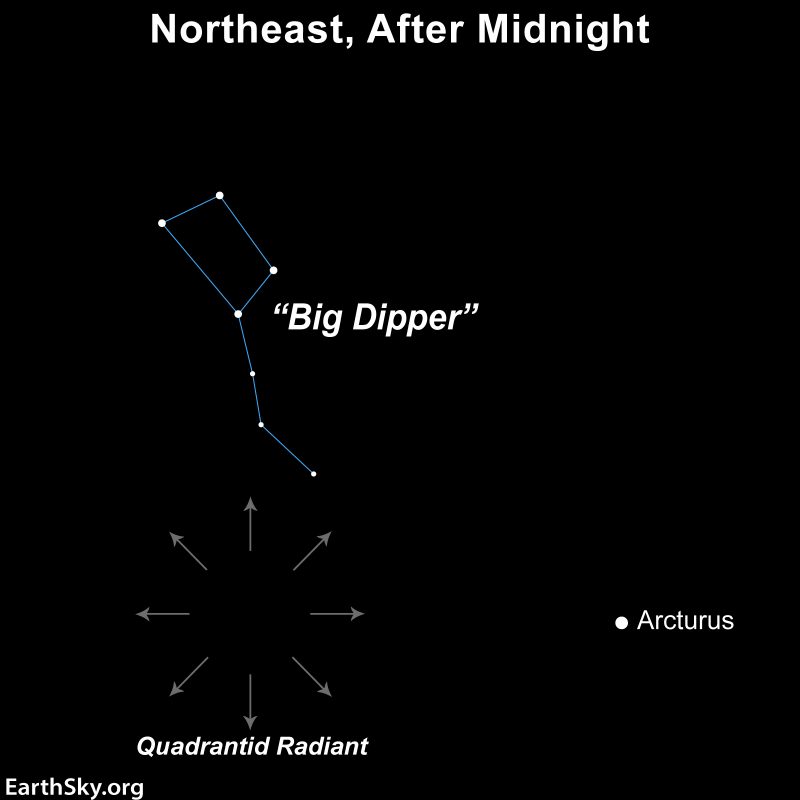