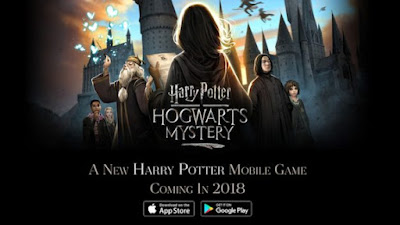 Harry Potter: Hogwarts Mystery is a mobile adventure game which will allow players to become students at the wizarding school. It was launched on 25 April 2018.

I couldn't write about the new Harry Potter game before, because there were important subjects on the last days in April and first days in May. You know it!

Here the announcement on last April 25 on Pottermore:

"It’s time to create a new Hogwarts student, choose your house, and attend classes at the one and only Hogwarts School of Witchcraft and Wizardry in the new mobile game, Harry Potter: Hogwarts Mystery, which launches today. First of all, here’s the trailer to whet your appetite one last time"

I won’t lie! My potterheads in the 90's hoped every day that they might get a letter from Hogwarts, some of them Nicknamed Potter as a family name. Oh! dear! By that age, the existence of a secret school in the Highlands of Scotland seemed so possible!

They imagined Hogwarts would be much the same as our school, but for wizards instead of extremely posh children. They wrote letters to Hogwarts school hoping to have an answer. They were aged 9-11. On that age, imagination has no boundaries. Everything is wionder!

Hogwarts Mystery takes players into the acclaimed institution to live and learn as a pupil. But don’t expect to see familiar faces among the student body. 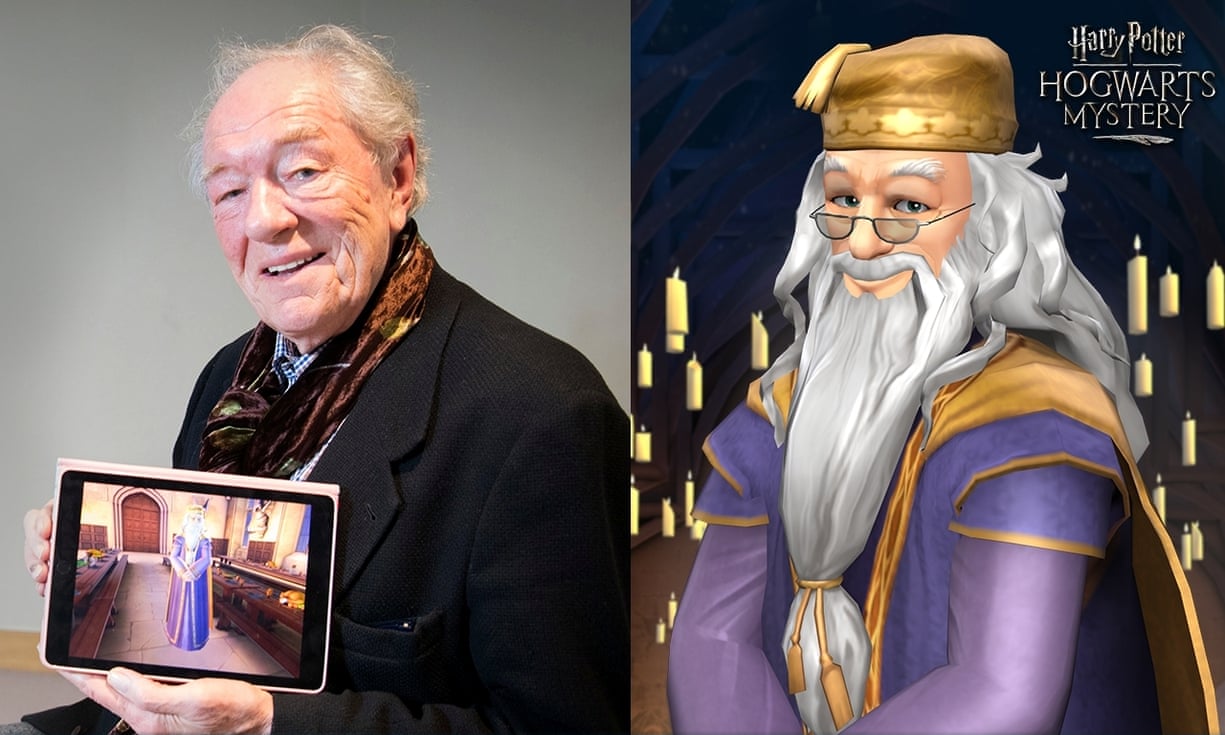 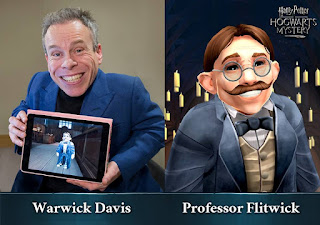 It's a soft narrative game that offers an uncomplicated Hogwarts experience, letting students pick their house, from friendships and rivalries and master spells in the famous castle.

The writing in the early scenes, however, is a little bland. It makes a good attempt at capturing Snape’s sardonic disdai, but there’s not much flair to it. It doesn’t have the fizz and personality of the books. No.

It will be possible to build friendships – and rivalries – as the story evolves, with key decisions affecting the character arc, while a new encounter system will provide pivotal moments that will shape each quest. Hogwarts Mystery
credits: Warner Bros. Interactive Entertainment
https://www.pottermore.com/news/
The story is set prior to The Chosen One’s arrival at Hogwarts. Instead,  players /students have the opportunity to make their own narrative choices and engage with the wizarding world setting to create new and unique experiences.

Young students can write their own chapters, without being overshadowed by Harry Potter’s fame. The game invites kids to twist the narrative in different directions, as well as giving their character a mysterious backstory.

The writing in the early scenes, however, is a little bland; it makes a good attempt at capturing Snape’s sardonic disdain and McGonagall’s pursed restraint, yes. But there’s not much flair to it. It doesn’t have the fizz and personality of the books. For sure. The books were so tempting! Even me, as the teacher reading the books in the classroom, I was really interested on the narrative. credits: Warner Bros. Interactive Entertainment
https://www.pottermore.com/news/
But it’s all about the little details too: in every conversation young new potterheads choice dictates their character. And not just the character. For example, Pottermore "recommended one of it new friends Rowan a cool new hat, and we’re thrilled to say she took our advice in a later scene. Hogwarts Mystery
credits: Warner Bros. Interactive Entertainment
https://www.pottermore.com/news/
The game is not written by J.K. Rowling herself. The game has been honed to emulate the Hogwarts experience so kids, the student/player, can create their very own Hogwarts story.

- Attend classes to learn and master magical skills like casting spells and brewing potions.
- Unlock new characters, spells, potions and locations as you advance through the years of Hogwarts.
- Customize your student avatar.
- Use your magical skills to investigate mysteries at Hogwarts.
- Discover the truth behind the Cursed Vaults and your brother's disappearance in an all new story.
- Bond with your housemates to win the House Cup.
- Go on quests to help friends and fellow students…or frustrate rivals.
- Earn respect and build relationships by adventuring together. 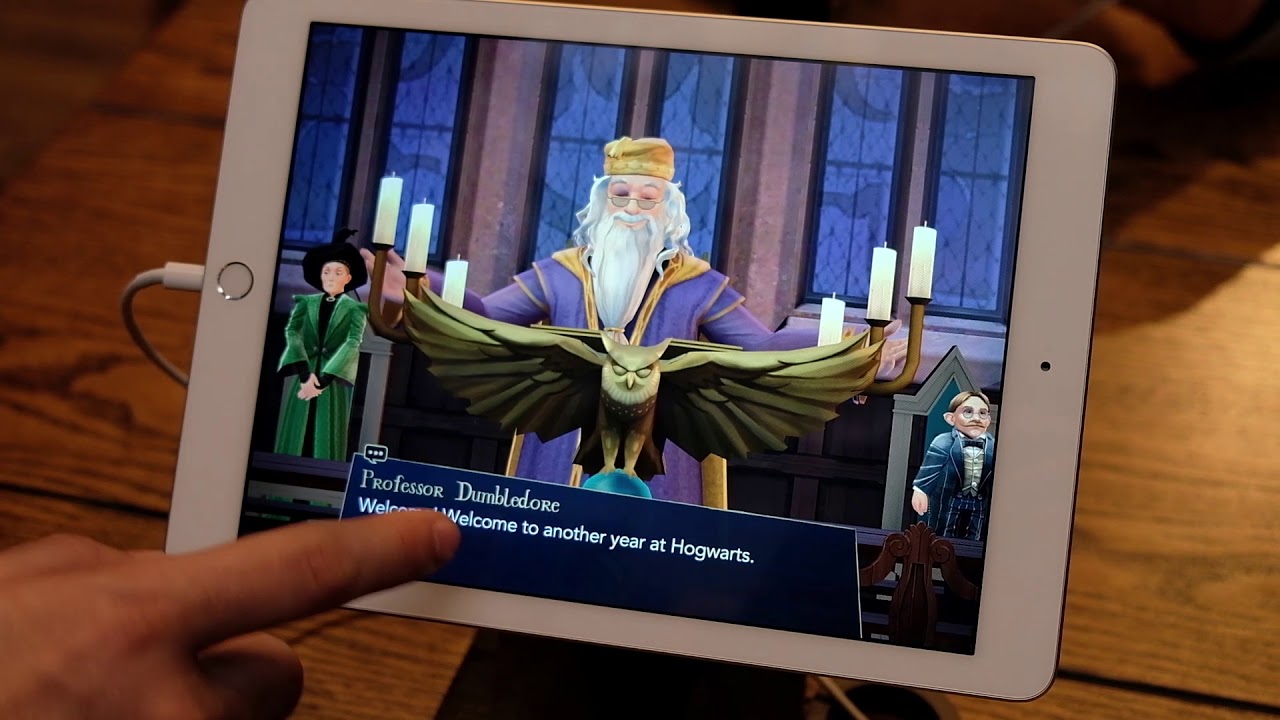 Game demo/ YouTube
Available:
iPhone
Android
Please note that Harry Potter: Hogwarts Mystery is free to download and play, however, you can purchase some in-game items with real money.
If students want to limit this feature, they must disable in-app purchases in their device's settings.

"After drawing in the Potterites with a enchanting start, this game constantly interrupts your play unless you pay up. It’s dull, dismaying and deeply cynical"
Keza MacDonald, Games, The Guardian


https://itunes.apple.com/nz/app/
Some notes:
Hogwarts Mystery really captures something of the Hogwarts fantasy. It’s set in the 1980´s when Harry was still a baby, so there are no conversations with Draco or Ron, but there are cameos from other well-known characters in their younger days.
For students who love Harry Potter books, there’s a thrill to trying out your first wand in Olivander’s.
And of course for teachers who want to include games into school curriculum to captivate young and new potterheads. An of course teach narration.
Oh! Perhaps are you a young teacher around 25-30 years, first potterheads generation?
G-Souto
13.05.2018

Pottermore/ Hogwarts Mystery
Posted by G-Souto at 2:18 AM