The moon is a familiar sight in our sky, brightening dark nights and reminding us of space exploration, past and present says NASA. And it's so true. We love bright nights. But the upcoming super moon will be special!
Tomorrow, Monday, November 14 will be especially “super happy" because it’s the closest full moon to Earth since 1948. We won’t see another supermoon like this until 2034. This full moon will be not only the closest and brightest supermoon of 2016 but also the largest since 1948.
October 16, November 14 and December 14 are the dates to see the moon at perigee, its closest point to Earth.  The 'supermoon' can be up to 14% larger and 30% brighter than an apogee moon, when it's the furthest from Earth.

This is actually the second of three supermoons in a row, so if the clouds don’t cooperate for you this weekend, you will have another chance next month to see the last supermoon of 2016 on Dec. 14.

"This [supermoon] is more a technicality than an intense scientific interest,” MIT planetary scientist Richard Binzel said. “But anything that gets people interested to look up and notice the night sky and ponder the universe is a good thing.”
Super moon?
The term 'supermoon' as entered popular consciousness in recent years, says NASA.
Originally a term from modern astrology for a new or full moon that occurs when the moon is within 90% of its closest approach to Earth in a given orbit, supermoon now refers more broadly to a full moon that is closer to Earth than average. But why is the moon closer to Earth at some times but not others? 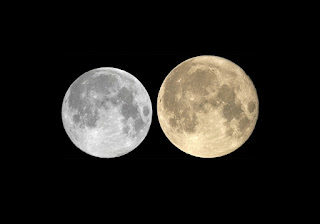 Apogee and perigee describe the two points in the Moon’s orbit
credits: Anthony Ayiomamitis
http://www.astronomy.com/
The moon’s orbit around Earth is slightly elliptical so sometimes it is closer and sometimes it’s farther away. When the moon is full as it makes its closest pass to Earth it is known as a supermoon.
At perigree - the point at which the moon is closest to Earth - the moon can be as much as 14 percent closer to Earth than at apogee, when the moon is farthest from our planet. The full moon appears that much larger in diameter and because it is larger shines 30 percent more moonlight onto the Earth. 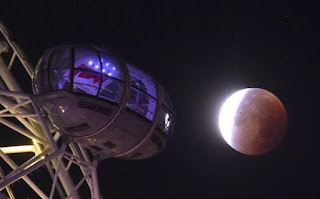 A supermoon is seen during a lunar eclipse behind pods of the London Eye heel London, September 28, 2015
credits: REUTERS/ Toby Melville
http://www.telegraph.co.uk/

The biggest and brightest moon for observers in the world will be on Monday. The supermoon should be visible from anywhere in almost every country, cloud permitting.
NASA says this month’s super moon will appear 30 percent brighter and 14 percent larger than a typical full moon.

Teachers are prepared to tomorrow lessons. Sciences or Languages, why not? There's a huge of literature texts about moon. Not only the juvenile saga Twilight, of course.

I think they will invite their students to join some sky watchers at national observatories of Astronomy, or to go out with family observing the supermoon of tonight or tomorrow. It will depend of the continent where you are living.

“The difference in distance from one night to the next will be very subtle, so if it’s cloudy on Sunday, go out on Monday. Any time after sunset should be fine."

Since the moon is full, it’ll rise at nearly the same time as sunset, so Noah Petro, deputy project scientist for NASA’s Lunar Reconnaissance Orbiter (LRO) mission suggests that you head outside after sunset, or once it’s dark and the moon is a bit higher in the sky. "You don’t have to stay up all night to see it, unless you really want to!”

Ask students to take some photos or produce some videos with their smartphones, tablets to be exposed and explored in Sciences curriculum along the week.

Teachers and students will exchange their incredible experiences, exploring the resources and debating the awesome Mega Beaver Moon.

The closest supermoon will fall next December 14. Or like this one only in 2034! Wow! 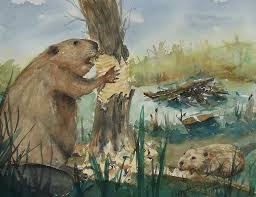 Why November's full moon is also called a Beaver Moon?

November’s full Moon was called the Beaver Moon by both the colonists and the Algonquin tribes because this was the time to set beaver traps before the swamps froze, to ensure a supply of warm winter furs. It was also called the Full Frost Moon by Native Americans. It is also sometimes called a Frost Moon.

Resources:
What's more, the full moon won't come this close to Earth again until Nov. 25, 2034, according to a statement from NASA.
The Slooh Community Observatory will offer a live broadcast for November's full moon on Nov. 13 at 8 p.m. EST (0100 GMT on Nov. 14).

What is a 'supermoon' and when can I see the largest moon in 70 years?

Tips for photographing the Supermoon

The mainstream media is going to have a field day with the Super Moon. So, why shouldn’t we?


"Let’s spread the word that astronomy’s not all about math, light-years, and dark energy. It can be fun, too."