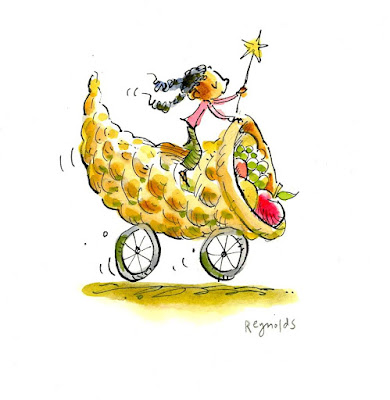 Thanksgiving is celebrated in USA on the last Thursday of November. Families and friends gather around tables to feast and give thanks.

Thanksgiving Day is an annual national holiday in the United States and Canada celebrating the harvest and other blessings of the past year.

In the US Thanksgiving is celebrated on the fourth Thursday of November while in Canada nearly one month and a half earlier (second Monday of October).

Thanksgiving has deep roots in religious tradition, but nowadays it is primarily celebrated as a secular holiday.

"Evocative of American folk art, with quilt-like patterning and simple shapes, today’s Doodle, rendered in a rich harvest-colored palette, is an ode to this season of togetherness."

Thanksgiving Day traditionally kicks off the 'holiday season' in the United States. The day was set in stone by President Franklin D. Roosevelt in 1939 and approved by Congress in 1941. FDR changed it from Abraham Lincoln's designation as the last Thursday in November (because there are sometimes five Thursdays in the month).

It was 1620 in Plymouth, Massachusetts when Mayflower colonists and the Wampanoag forged a partnership of necessity. Decimated by an epidemic and wary of the mightier Narragansett, their nearby enemies, the Wampanoag and the newcomers become allies. 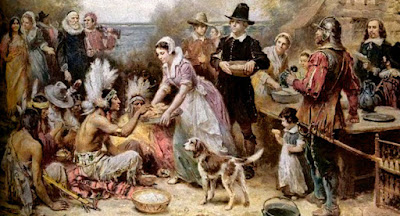 The pilgrims were unfamiliar with Massachusetts’ natural resources and ill-equipped for survival - but Tisquantum, an English-speaking Patuxet Wampanoag, taught them how to hunt, gather shellfish, and plant corn, beans, and squash. 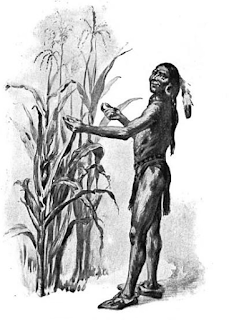 Following harvest in the fall of 1621, the settlers and the Wampanoag, celebrated what’s considered the “First Thanksgiving,” a three-day feast with wild duck, goose, turkey, deer, and barley ale. 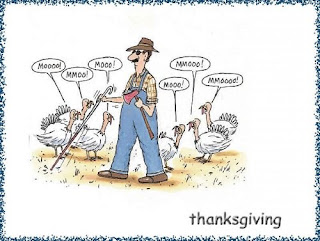 Turkey has become the traditional Thanksgiving fare because at one time it was a rare treat. During the 1830s, an eight- to ten-pound bird cost a day’s wages. Even though turkeys are affordable today, they still remain a celebratory symbol of bounty.
In fact, astronauts Neil Armstrong and Edwin Aldrin ate roast turkey in foil packets for their first meal on the Moon. 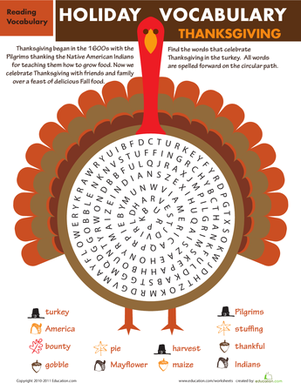 Thanksgiving is a great time to be thankful and appreciate who you have and what you have.

It is a time for families to meet, socialize and enjoy each other's company, sometimes the only opportunity in a year.

Some prefer it to Christmas because of less emphasis on consumerism. Thanksgiving, for most, is also a start of a four day weekend which is great, too.

Typical Thanksgiving food includes: pumpkins, yams (sweet potatoes), cranberries and of course an enormous turkey. Scientists recently discovered that Turkey contains a chemical called tryptophan, which causes sleepiness, which explains some, but not all of the napping that Americans do on Thanksgiving day.

Thanksgiving meals famously include leftovers for the days or weeks after the meal, so you may be eating Turkey for a while.

Most importantly, the president of the United States, officially pardons a live turkey every year in a televised ceremony, meaning that he or she will not be eaten this year.

So, to my usual readers from the United States, and they are in a great number - thank you! - Happy Thanksgiving to all!