Education : Go to the theater : Harry Potter and the Cursed Child 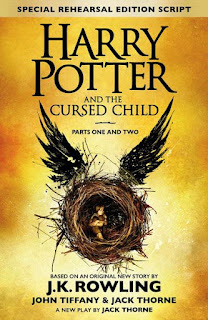 Tomorrow! Get ready for the new play and book: Harry Potter And The Cursed Child.

Harry Potter And The Cursed Child in print and digital tomorrow 30 July 2016 at world bookshops. Only two days and one night. Oh ! So good, another big event to 'potterheads'!

Saturday 30 July will see the official opening night of Harry Potter and the Cursed Child Parts One and Two. The public preview of the play took place last 26 July. Fans react to first performances! 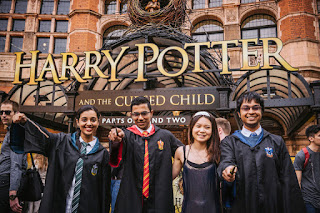 "It is out of this world. It's Magic and it's a Hit."
Times
Last Tuesday, the 26 July, Harry Potter lucky fans have seen the play and they are in love. Fans went out very touched and excited. The reviews are amazing. And media reviews are amazing as well.

"It's a proper theatrical blockbuster. Not just at the box office, but onstage as well: a captivating story given a spectacular staging and — Rowling’s specialty — a big, big heart. Twenty years ago, Harry Potter turned a generation onto reading. “The Cursed Child” could do the same for theater." 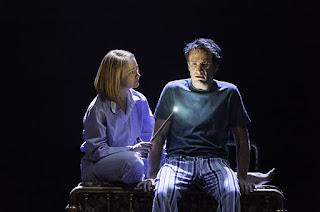 Harry Potter and The Cursed Child, play
credits: Manuel Harnan
http://variety.com/2016/
The eighth installment of the Harry Potter series was presented on Tuesday evening at the Palace Theater. It was the play, not the book. “Harry Potter and the Cursed Child.” The Potter saga continues with unabated interest: fans dressed in Hogwarts costumes, curiosity about the fate of long-beloved characters and the allure of magic.

Harry Potter and the Cursed Child is one play presented in two parts, which are intended to be seen in order on the same day (matinee and evening) or on two consecutive evenings. 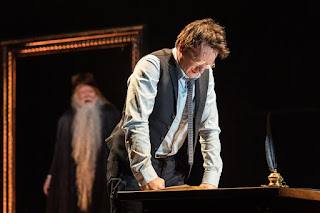 Words can’t describe how delighted I was to see Albus’ and Scorpius’ relationship gently developing from friendship to something more, without the narrative making a plot point or a problem about their sexualities, making it incidental rather than focusing on it. The stage came to life when the two characters were on it together. Finally, finally I could see kids like me at Hogwarts. By the end of the first part I was in tears.

And tomorrow, 30 July, at midnight following those first, opening night performances, the Special Rehearsal Edition script will be available to buy around the world, in print at the bookshops and digitally on Pottermore. 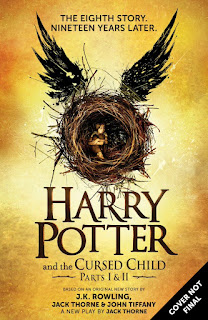 But let's talk about the book. The Special Rehearsal Edition of the script will be available for a limited time, and will give readers the earliest opportunity to read the eighth story – just after the play has opened at London’s Palace Theatre.

In this edition, readers will have access to the script used by the cast and creative team during rehearsals and previews.

During the preview period, in front of a live audience, the script will be fine-tuned by the creative team. It’s a chance to make tweaks outside the rehearsal room and based on the reactions of a real audience.
A later, Definitive Edition of the script is set for release in early 2017. This final and complete edition will replace the Special Rehearsal Edition in bookshops, both in print and digitally. 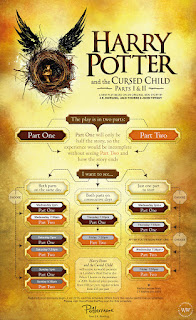 Harry Potter and the Cursed Child play
http://www.harrypottertheplay.com/
The Definitive Edition will contain the perfected, definitive script with final stage directions and annotations, as seen on opening night and beyond. This edition will also include extra content, such as writing from the play’s creative team.

The Eighth Story. Nineteen Years Later. Based on an original new story by J.K. Rowling, Jack Thorne and John Tiffany, a new play by Jack Thorne, Harry Potter and the Cursed Child is the eighth story in the Harry Potter series and the first official Harry Potter story to be presented on stage.

"It was always difficult being Harry Potter and it isn’t much easier now that he is an overworked employee of the Ministry of Magic, a husband, and father of three school-age children. While Harry grapples with a past that refuses to stay where it belongs, his youngest son Albus must struggle with the weight of a family legacy he never wanted. As past and present fuse ominously, both father and son learn the uncomfortable truth: sometimes, darkness comes from unexpected places."

This is the big buzz of the summer break at schools. Potterheads of the world will not miss this event, the book at bookshops or Pottermore and those who are lucky enough the play at Palace Theater in London.

Going at bookshop, it promotes the love of printed books and enhance reading skills of the youngest potterheaders' don't you think? And if they aren't native English language, they will empower the foreign language.

Rowling managed to get a large swath of young people reading books at a time when it looked as though they weren't going to be reading anything.

Kids and adults (the first generation of potterheads) don't loose this opportunity to read another Harry Potter book. 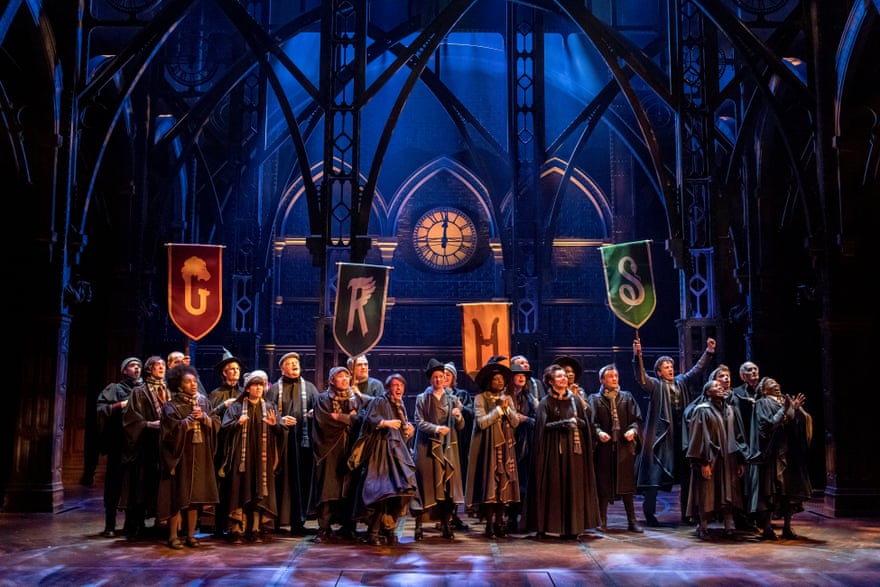 But J.K. Rowling promotes now the love of theater.  Twenty years ago, (1977) Harry Potter turned a generation onto reading. “The Cursed Child” could do the same for theater.

Theatre in education will encourage effective learning at school. It calls for careful consideration of the audience's age and requirements in order to engage them and get the message across.

It complements school curriculum and illustrate the dynamic relationship between the performing arts and literature, history, science and world cultures.

So potterheads are all so excited. They go to the theater and will be at a bookshop near on 30 July by midnight. Every bookshop will open to receive the new book and Harry Potter fans.

Some extra activities are prepared to captivate the new potterheads. It will be a special night this summer break.

Education : Go to the theater : Harry Potter and the Cursed Child by G-Souto is licensed under a Creative Commons Attribution-NonCommercial-NoDerivatives 4.0 International License.